I can’t write three blogs about skiing in Hokkaido without commenting a little more about the snow.  Before coming I had really wanted to experience the deep fluffy powder that Hokkaido is famous for.  We definitely found it right at the beginning of our trip.  I think it was on our first day of skiing that I said I had never skied in so much powder before.  Then it was even deeper the second day.  I’d seen videos of skiers in steep and deep powder where their skis cause a wave of snow to form a couple meters in front of the skier.  Well, that was us, plus snow billowing up over our heads so we couldn’t see.  Combine that with the great food, and I couldn’t get the goofy smile off my face for the entire first week we were there.

The snow was incredibly light and fluffy.  It snowed almost constantly during our first four days of skiing, but somehow nothing got wet.  As I joked then, “there’s no moisture in the snow in Hokkaido.  It’s just air.”  Todd would scoop up piles of snow into his hands, blow on it, and laugh as every flake blew away.  In addition to snowing a lot, it also snowed really hard.  Sometimes it’d be snowing so hard that you could hardly see through the wall of snow, and this happened over and over.  I remember watching a Hokkaido powder skiing video years ago.  It was a white winter wonderland and snowed during the entire video.  That’s real.

After two weeks of skiing from the onsens, it was time to take Amy, Todd, and Galen to the airport in Asahikawa.  Amy went to Kyoto to visit her brother, Todd to his family in Alaska, and Galen to visit friends in Tokyo.  Galen’s flight was later so she had time for some lunch and a visit to the Asahikawa Snow and Ice Festival with Peter and me. 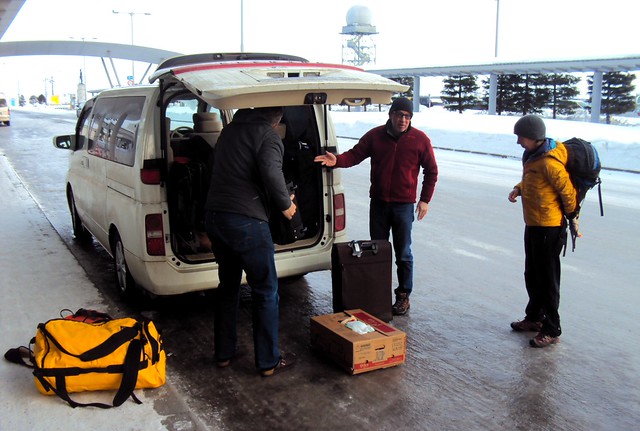 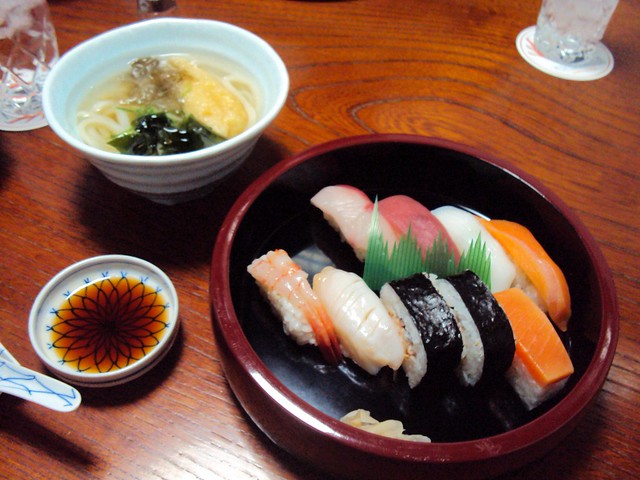 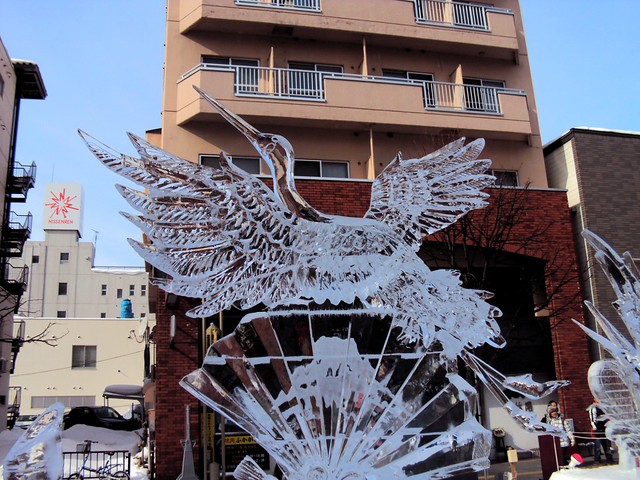 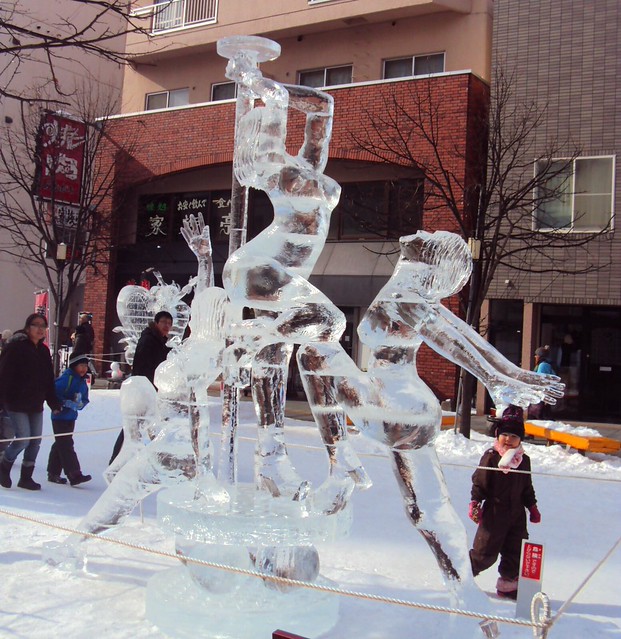 Yes, that really is an ice sculpture of naked women pole dancing.

Peter and I had another five days of skiing before our flights home from Chitose.  We spent the first three nights sleeping in the van, skiing at places that are, well, less crowded and less well-known than the Niseko and Furano areas:

We didn’t see another person on any of those days.  For our last two days we went back to Ezofuji Hut in the Kutchan area and skied Mt. Yotei from Kyogoku.  Even without Galen’s help, we somehow managed to find onsen, order at restaurants, and return the rented van in Chitose.  Japan is a wonderful place to travel. 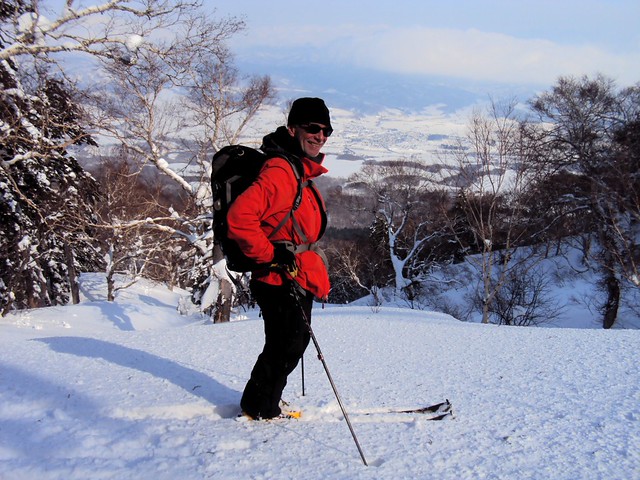 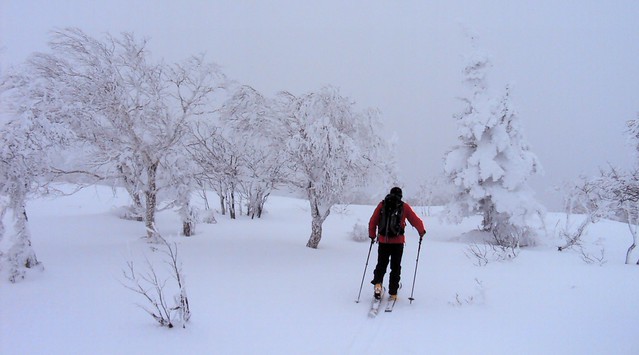 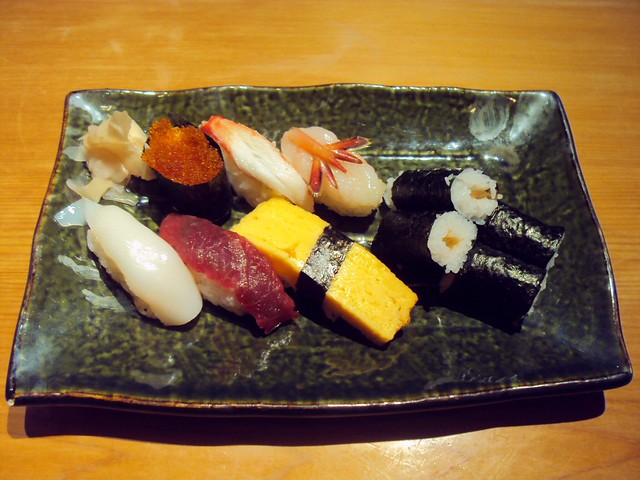 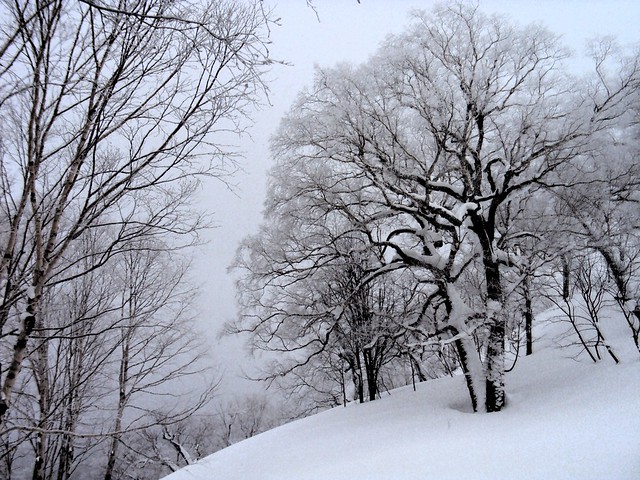 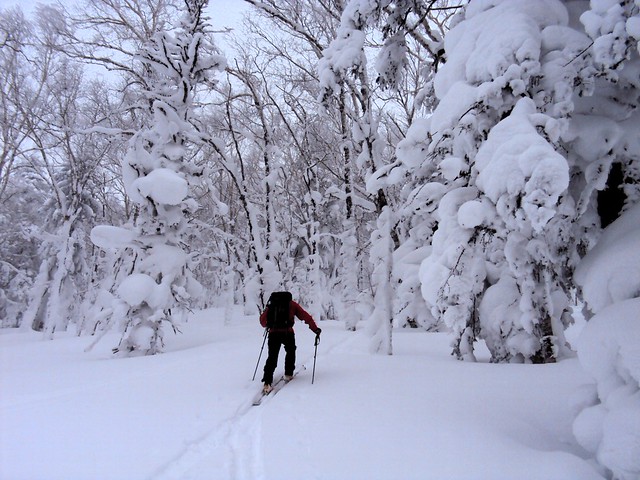 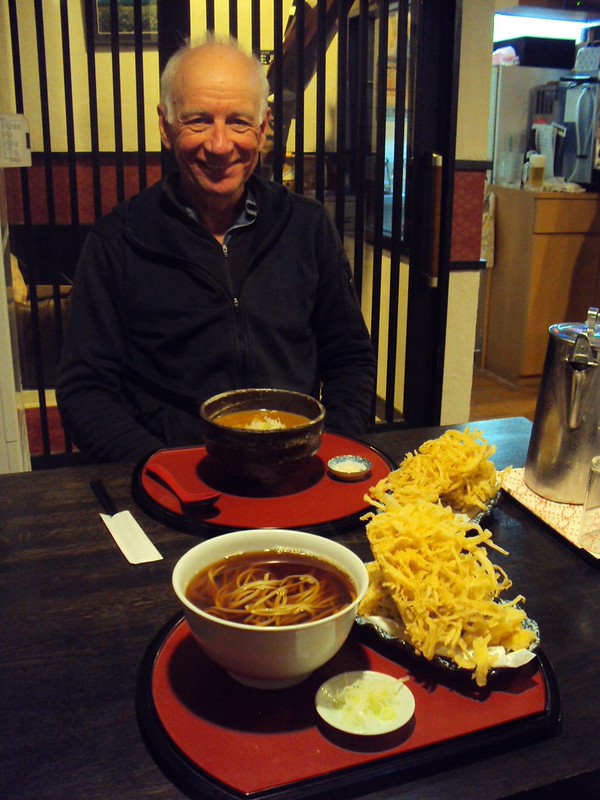 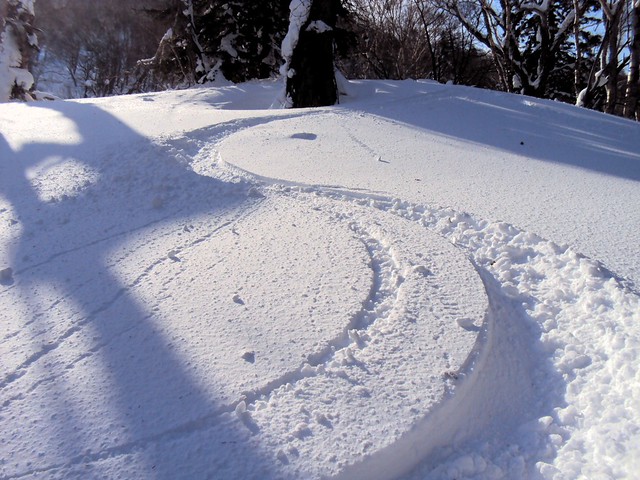 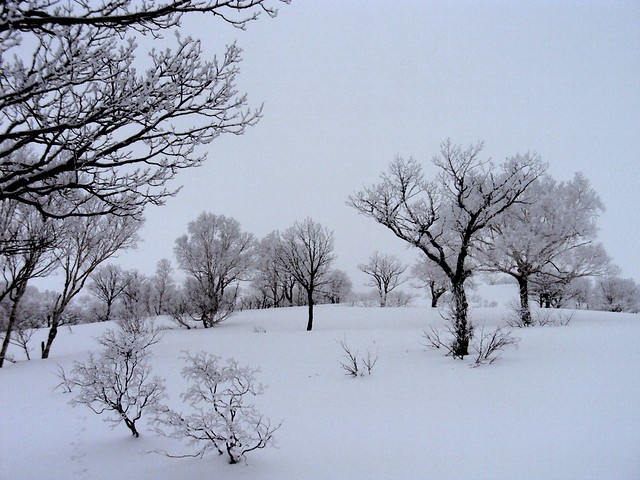 Peter flew out one afternoon, and my flight was early the following morning.  I spent the extra night in Susukino, one of Japan’s large “entertainment” districts.  The highlight, of course, was Ramen Alley where I had another good meal. 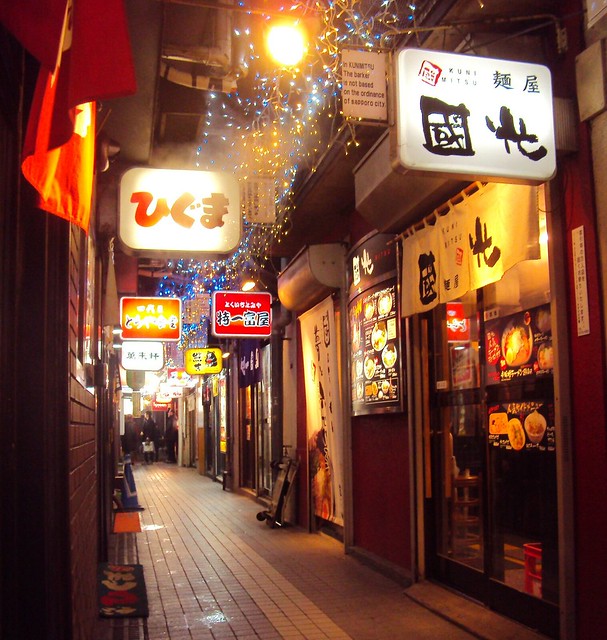 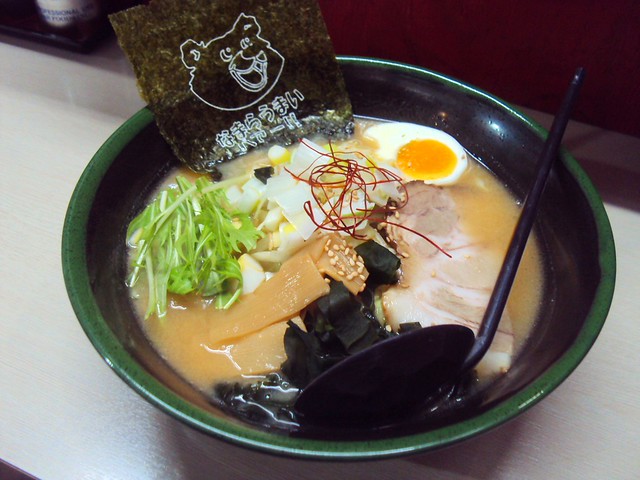 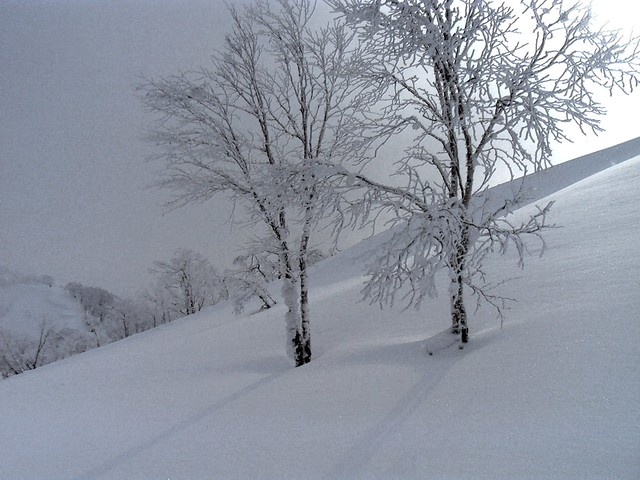 1 Response to Wrapping up Hokkaido: snow and food again