Hamburg to Malmö, on the bicycle again

A three-country 10-day bicycle trip with Krista and Kurt from Hamburg to Skåne, Sweden.  Ferda and I flew from Antalya to Hamburg via İstanbul, and Krista and Kurt were waiting for us at the Hamburg airport, smiling.  They’d already been on the road about a month, cycling from Amsterdam.  After our 10 days together, Ferda and I continued on to Stockholm.  The four of us had hoped to do the whole trip together from Amsterdam to Stockholm, but with various commitments we only managed these 10 days together at the end of their trip and the beginning of ours. 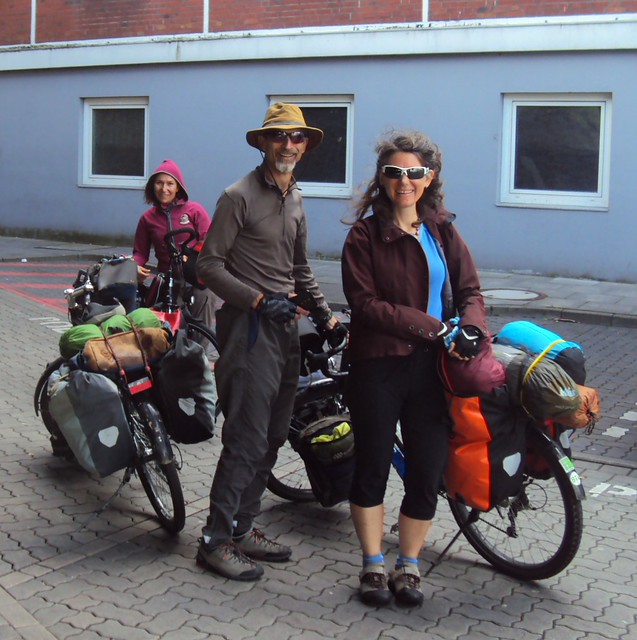 Interestingly it was the second three-country bicycle tour I’ve done with Kurt this year.  We cycled in Spain, France, and Andorra in March, and here we were in Germany, Denmark, and Sweden in July.  That’s four new countries this year for bicycle touring for me, including two countries I had never been to before (Spain and Andorra).  I think I counted this was my 8th visit to Germany.  My complete lack of German language ability is a bit embarrassing.

Krista was a great help putting the bikes together at the airport.  They had also thought to buy all the food we’d need until the grocery stores opened again the following morning, Monday.  Since Kurt and Krista had been on the road, they had all the maps and navigation figured out.  Ferda and I pretty much followed them blindly for the first few days, not knowing which route they had chosen or which villages we visited.

The general plan was to cycle together to southern Sweden, passing through Lübeck, Roskilde, and Copenhagen — all places I was looking forward to visiting.  Lübeck’s historic center is a UNESCO World Heritage Site, famous for this city gate, 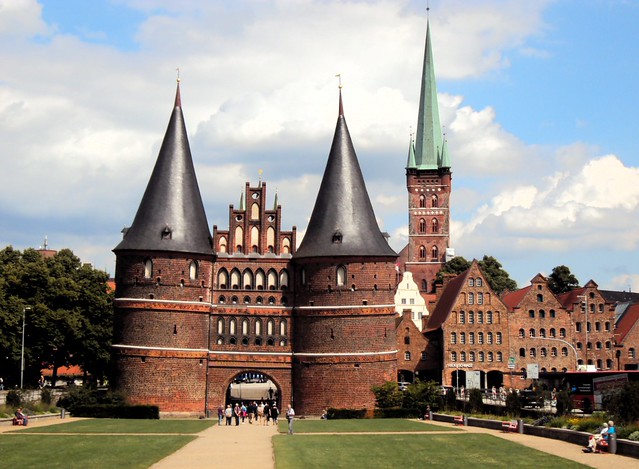 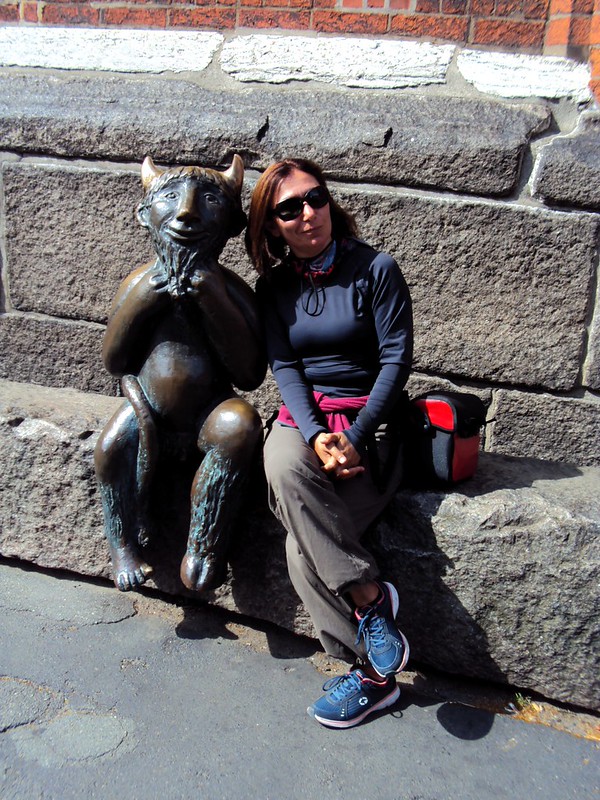 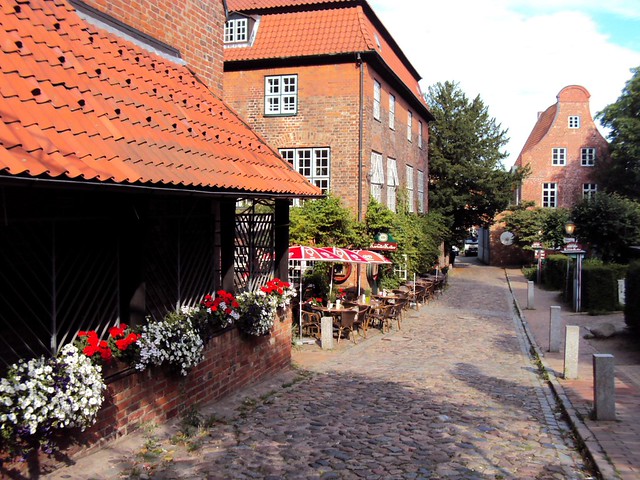 Here’s the gate out the other side of Lübeck: 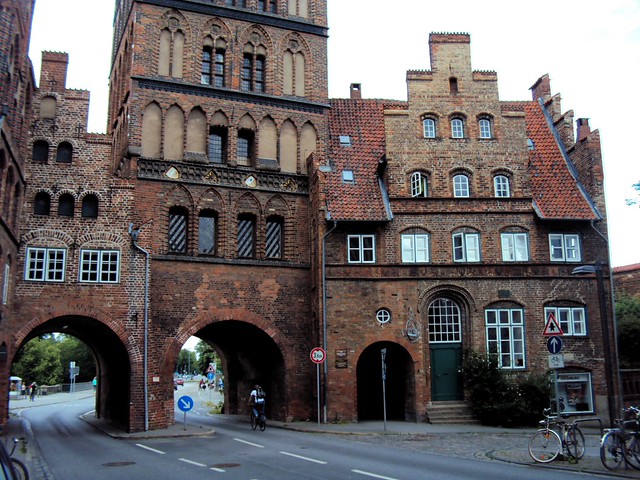 North of Lübeck we rode along the coast in pleasantly cool and mostly dry weather.  That was a big contrast to the very rainy weather that Krista and Kurt had to ride through to get to Hamburg in time to meet us.  It turns out that Ferda and my luck continued all the way to Stockholm, sneaking through Skåne in southern Sweden on some nice days in what was quite a wet summer for them. 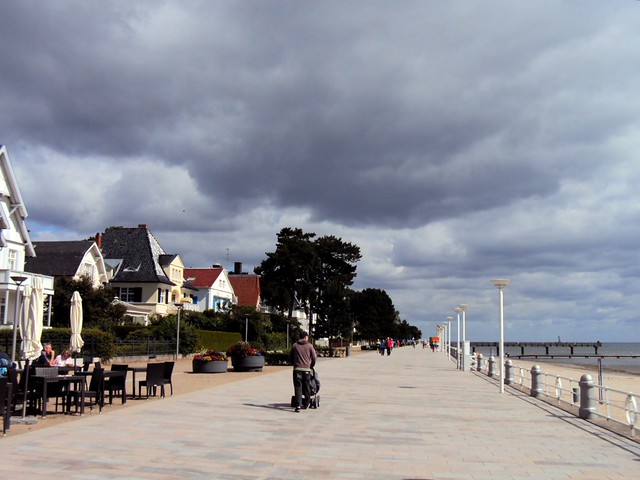 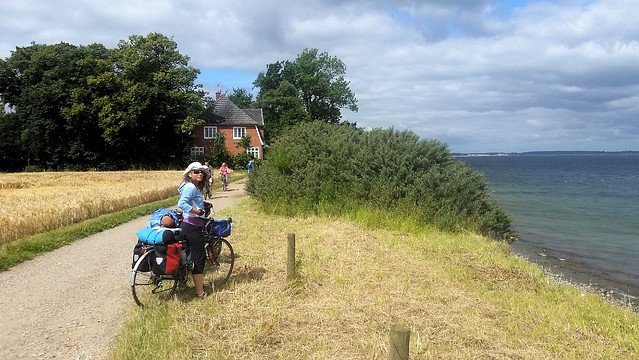 Ringsted with St. Bendt’s Church and a Dutch-style windmill was an unexpected surprise, 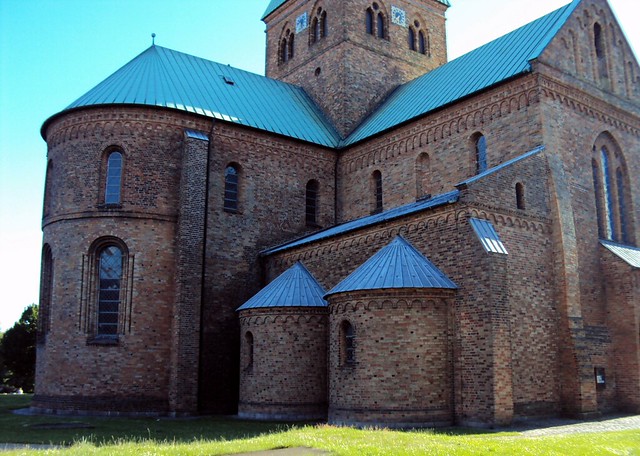 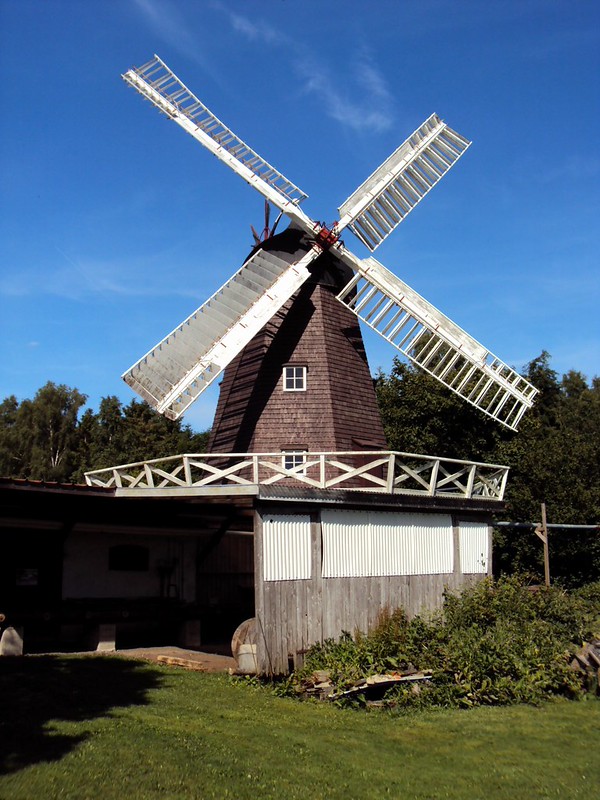 but my favorite building of the whole trip was the Roskilde Cathedral, another World Heritage Site.  The area around the cathedral had interesting architecture and was fun to explore. We ended up spending about three hours in Roskilde, but that wasn’t enough.  However, we had to push on to Copenhagen where we had booked accommodation for two nights. 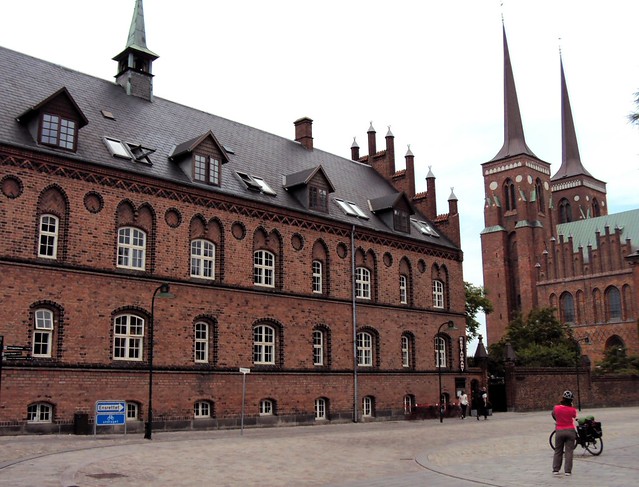 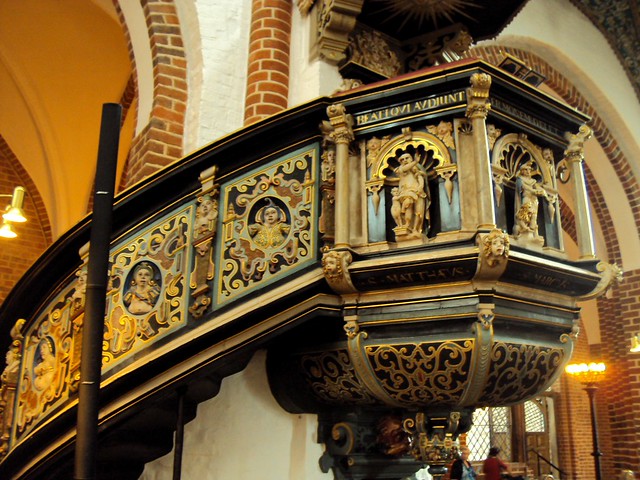 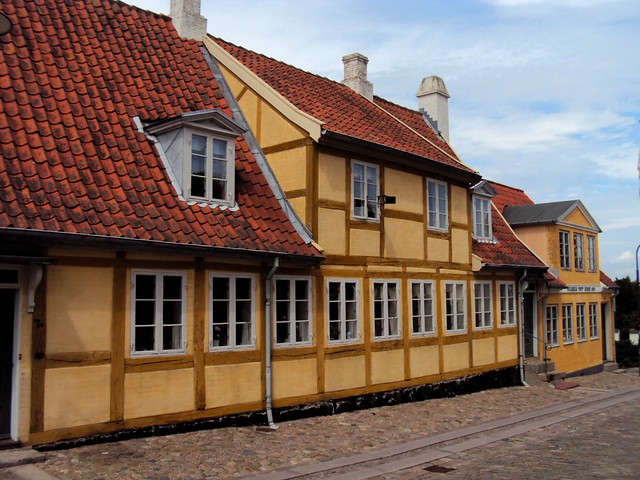 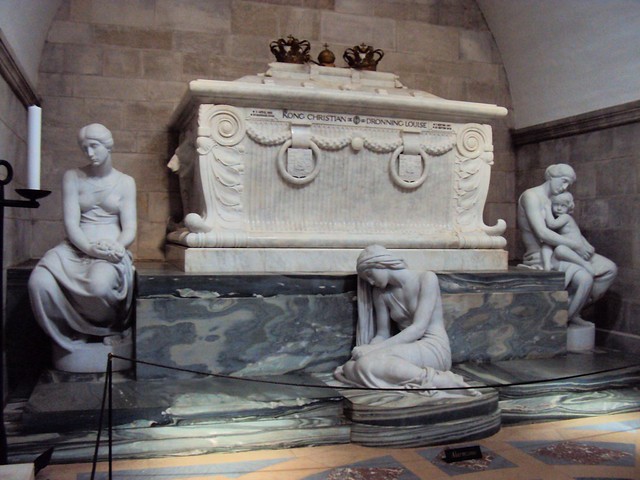 You may notice the similarity with the famous Little Mermaid sculpture in Copenhagen by the same sculptor: 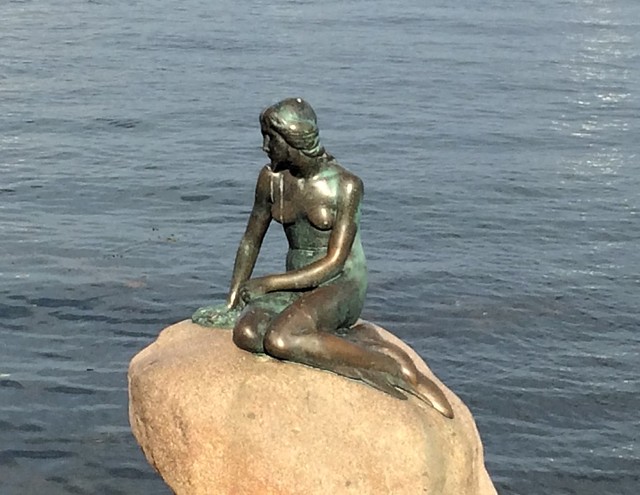 Well, the model for all four sculptures was the same woman, the sculptor’s wife!

Copenhagen is nice enough, famous for its excellent bicycle infrastructure, but it was cool (even in July), and incredibly expensive, so expensive that some shop owners find it worthwhile to live in Malmö and commute into the city every day by train. 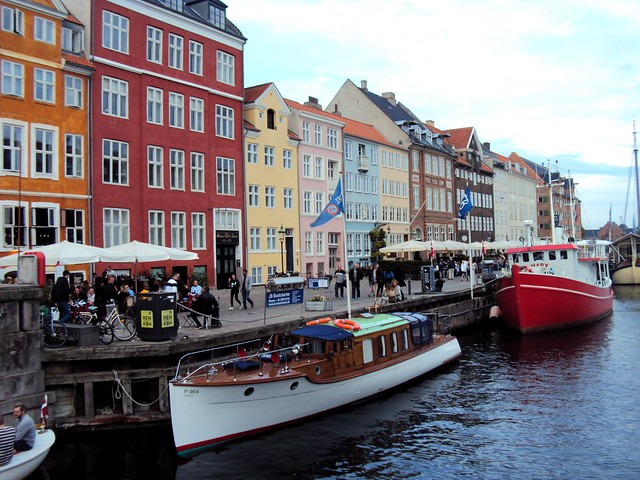 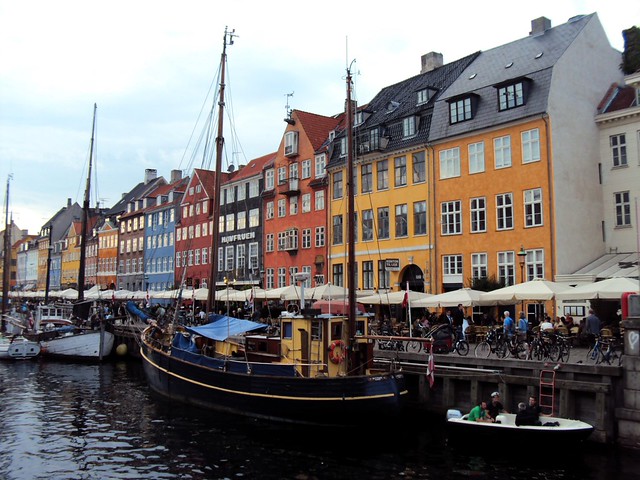 We know firsthand that that’s not a short commute since we crossed to Malmö, Sweden, the following day by train.  The new bridge doesn’t allow bicycles so the only choice for bicyclists is the train or a 100-km detour to the north to use the bridge at Helsingborg.  We spent one last evening with Kurt and Krista camped in the largest raspberry patch I’ve ever seen.  They headed south to visit relatives near Trelleborg while Ferda and I hopped from friends to friends on our way north to Stockholm. 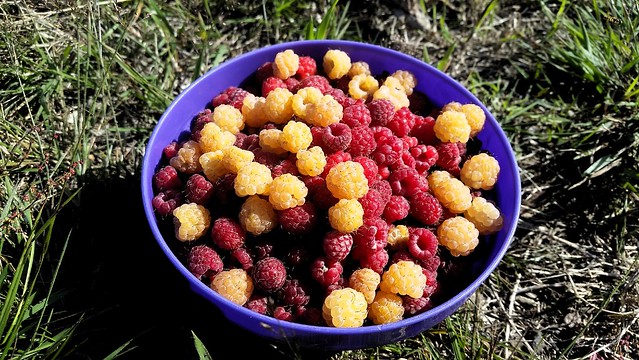 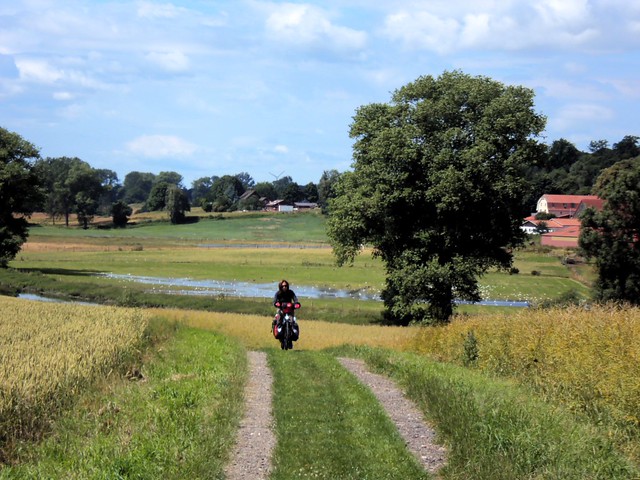 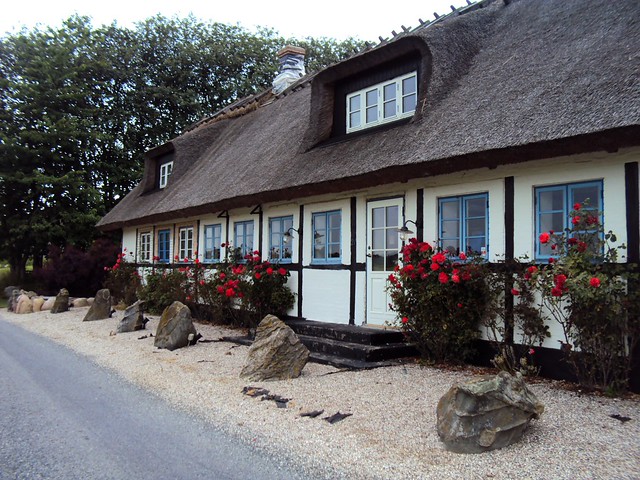 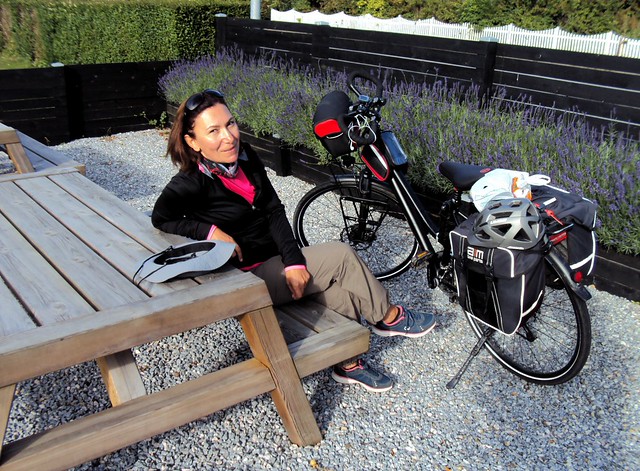 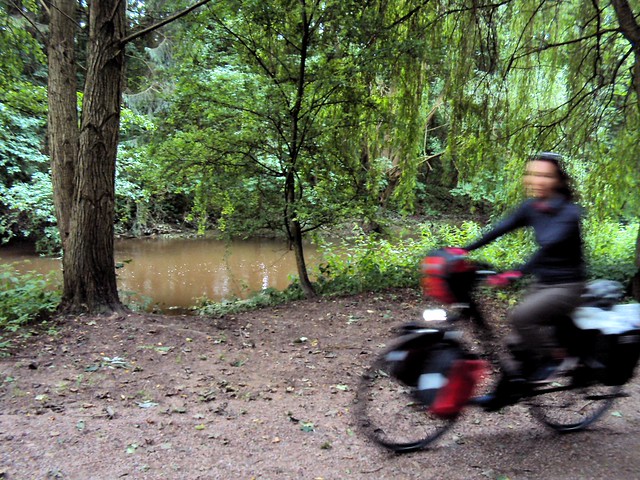 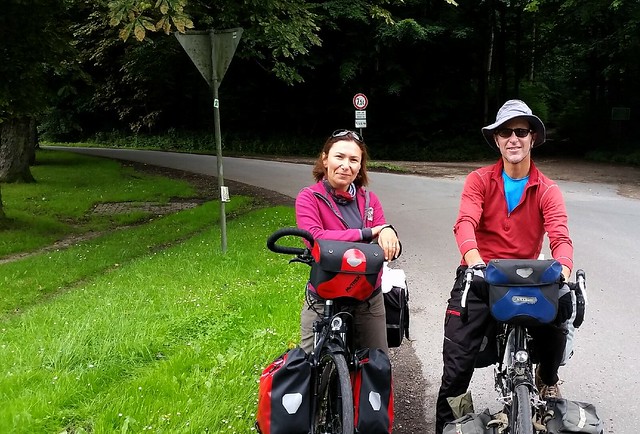 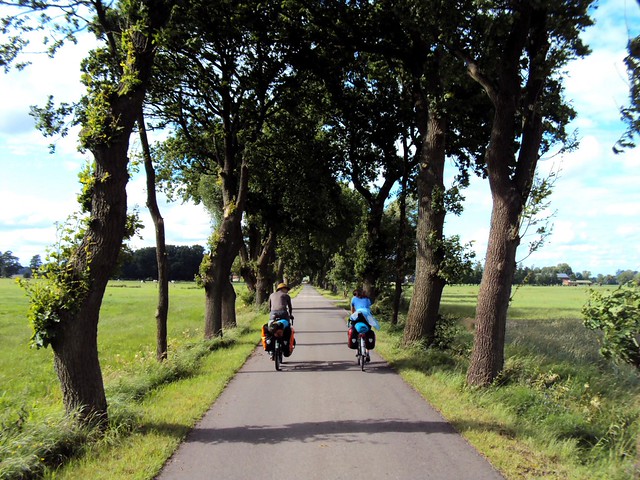 2 Responses to Hamburg to Malmö, on the bicycle again