Before bicycle touring in Sweden, I was worried it’d be endless forest and way too many mosquitoes.  I was pleasantly surprised.  We were, however, entirely south of Stockholm in the southern third of the country.  I guess if you were to go north, well, it would be endless forest and probably way too many mosquitoes in the right (wrong?) season.  Compared to our flat ride from Hamburg to Malmö, the hills of southern Sweden provided some nice relief, giving pleasing views and fun riding. 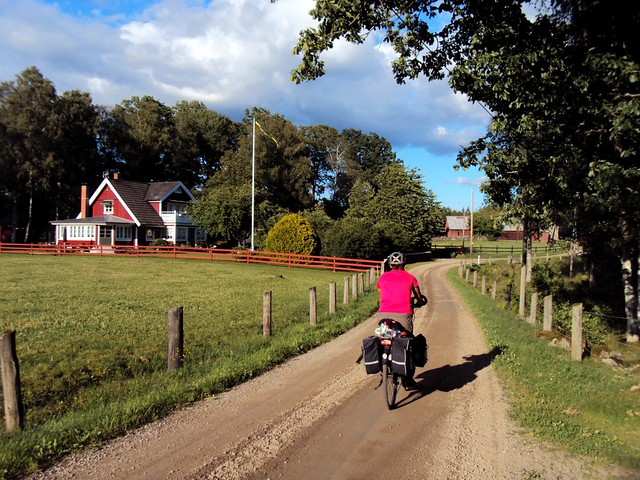 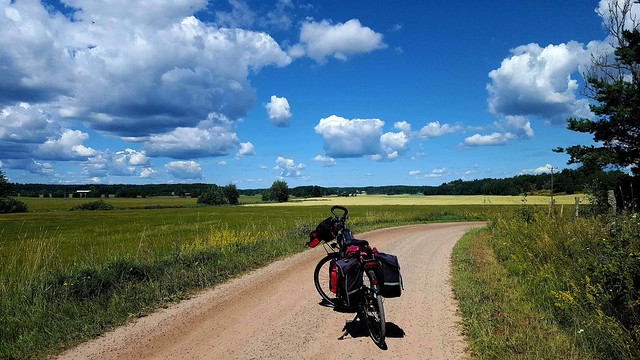 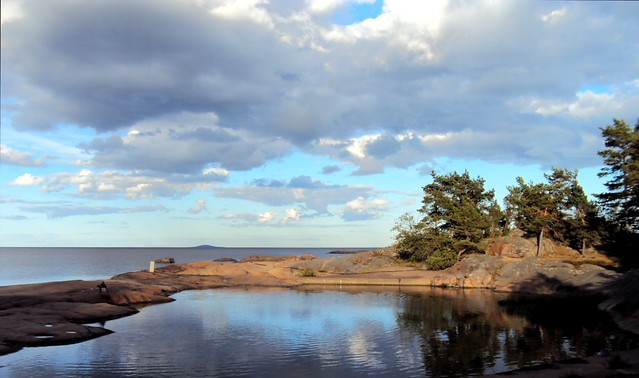 We were often on small roads with little traffic, but there were rarely designated intercity bicycle facilities like can be found in Holland, Denmark, and Germany.  In Skåne we rode through farms with picturesque farmhouses.  Småland had fewer farms, more lakes.  We often stopped at lakeside designated picnic/swimming areas for lunch where we picnicked and swam.  Throughout our tour we passed immaculately kept houses with beautiful flower gardens.  Most of these are second homes for Swedes to spend the summer away from the city.  We heard firsthand stories of the incredible amount of work required to maintain these summer homes. 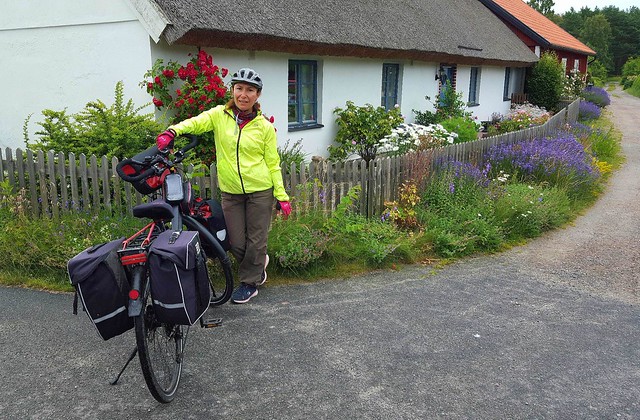 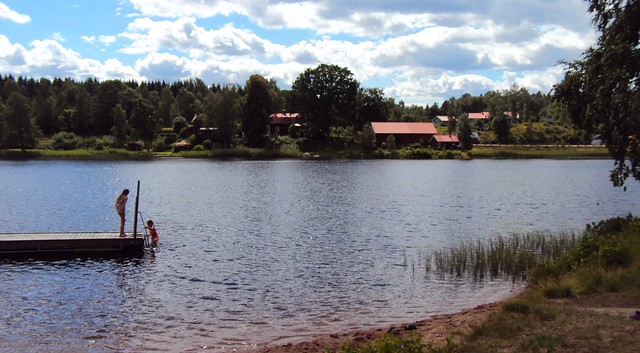 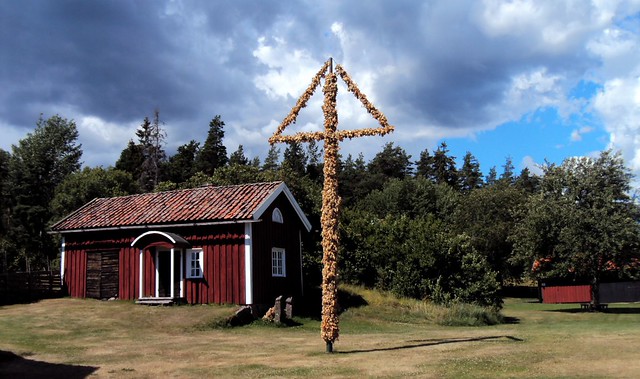 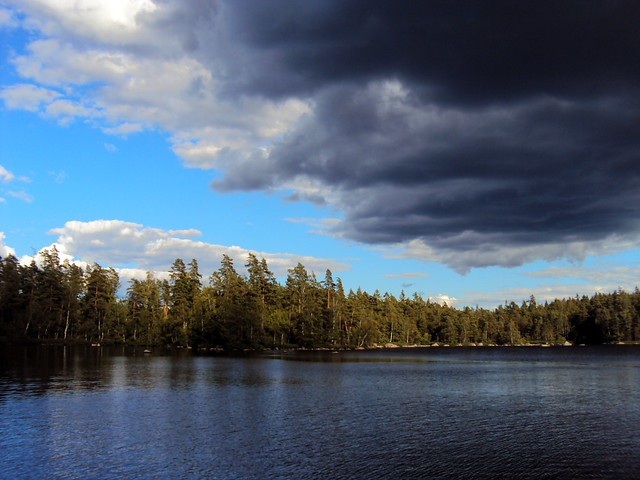 Unlike on the quick 10-day ride from Hamburg to Malmö, there weren’t a lot of tourist sites to see on our route in southern Sweden.  The most interesting city was historic Kalmar.  When what-is-now southern Sweden belonged to Denmark, Kalmar was the southernmost city in Sweden.  It was strategically, economically, and politically the most important city in Sweden.  During our rest day in Kalmar, Catharina and Calle took us to Kalmar Castle where we joined a tour and learned a bit about the history of the city and the castle.  Calle’s welcome dinner of fish in the oven and shrimp stew still makes my mouth water. 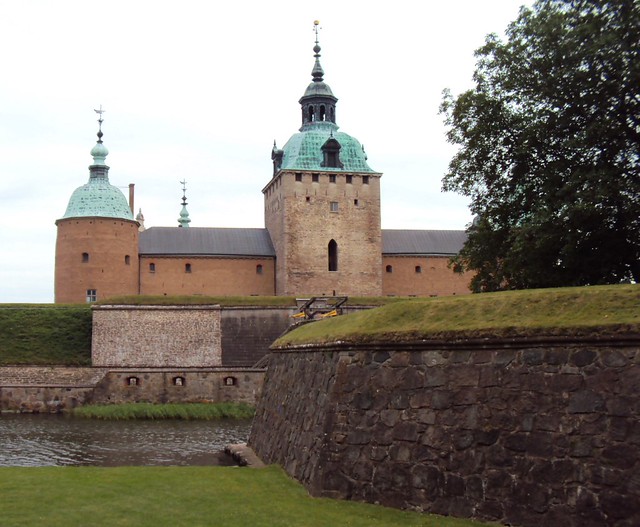 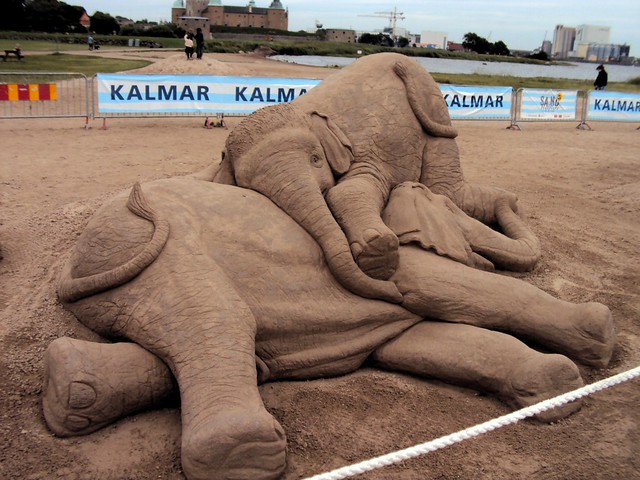 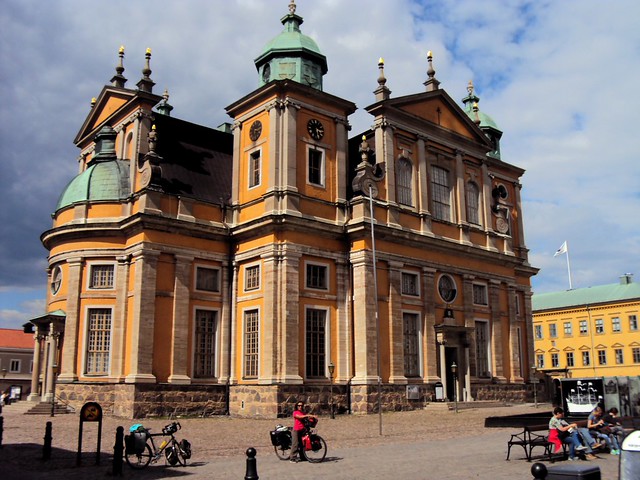 As far as buildings, we enjoyed visiting some churches and some castles.  Henrik and Magdalena took us to our first Swedish church, the cute white one in Vitaby.  After Henrik asked the caretaker a simple question, the generous man gave us a nice tour of the church.  Like most (all?) of the older churches in Sweden, it was originally built as a Catholic Church and was converted to a Protestant Church during/after the Reformation.  I was surprised to hear that the man giving the tour was old enough to remember when men and women sat on opposite sides of the church during the services.  He also pointed out how the side wing was built to accommodate the poor fisherman.  The fisherman couldn’t see the front of the church from their wing, but that’s how the rich farmers wanted it.  They didn’t want to mingle with the poor fisherman.  I found all this fascinating in what’s now one of the most egalitarian societies in the world. 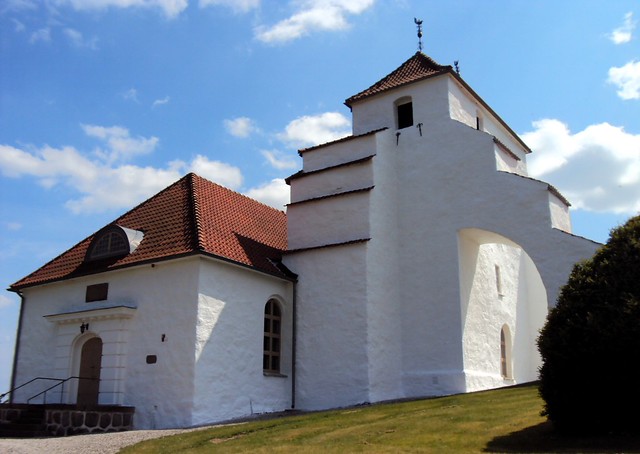 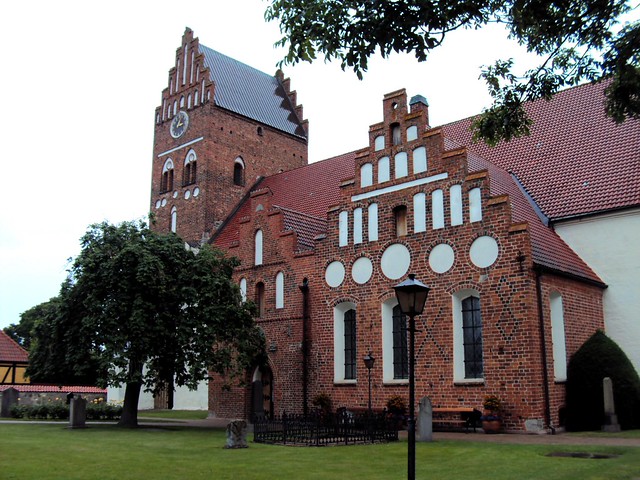 Near Vitaby in Grevlunda we stayed at one of the typical restored farmhouses that we saw so many of on our ride.  This one belonged to Henrik’s parents, Swen and Birgitta.  They were so excited to welcome us there, 30 summers after my first (and only other) visit.  Birgitta worked hard to make dinner for all seven of us during our two nights there. 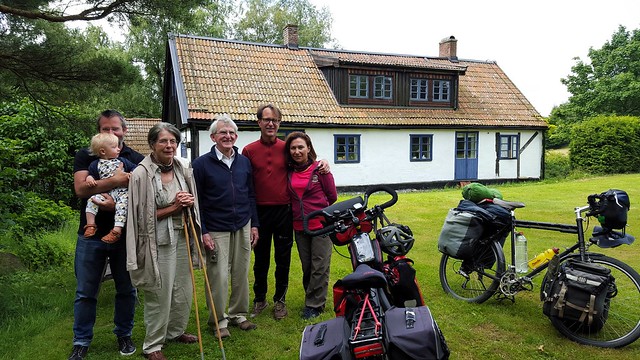 One thing I remember from a previous visit to Sweden is the Thursday tradition of split pea soup and pancakes.  I had told Ferda about this and was excited to eat this unusual combination again.  Well, it turns out that that’s mostly a winter thing.  We didn’t see any split pea soup or pancakes.  The food I’ll remember most from this trip is probably the cinnamon rolls — fresh and hot at so many of the little markets where we stopped.  They were even complimentary on some of the ferries that we took in the Stockholm archipelago.  The other memorable food is the berries.  Ferda and I picked raspberries, strawberries, cherries, blueberries, and even some other tasty small black berry that we never could identify.  We tried to describe it to a number of Swedes, but no one seemed to know what we were talking about. 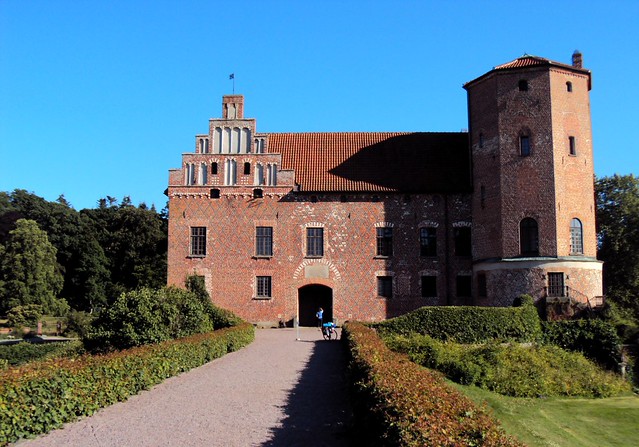 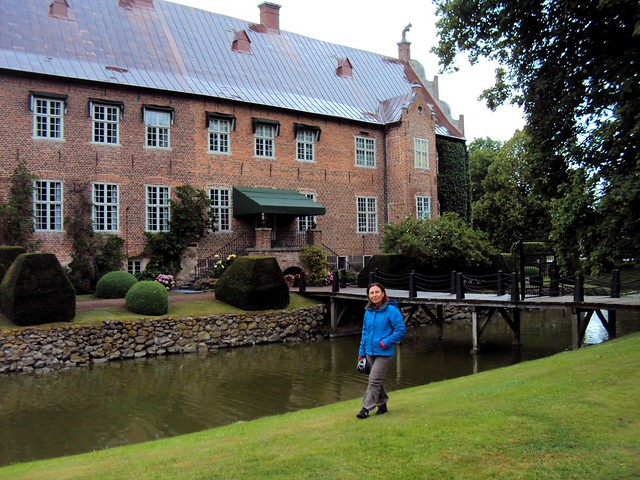 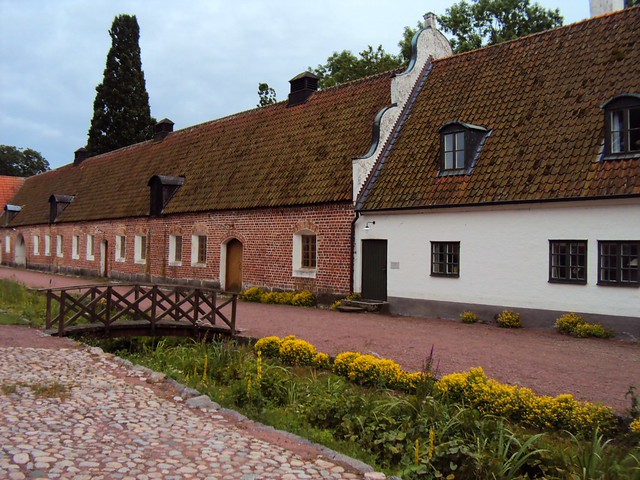 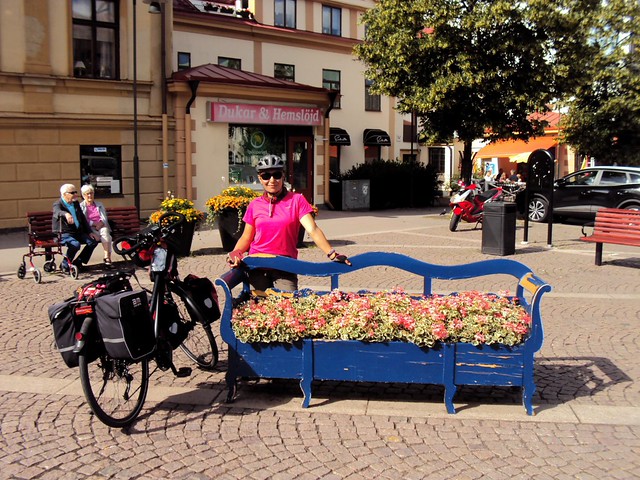 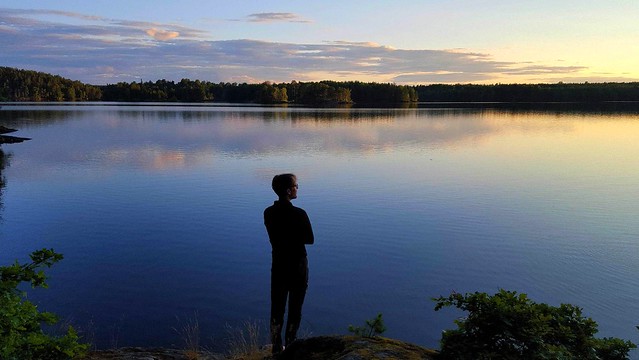