I stumbled across these photos the other day, and I realized I never wrote about a blog about camel wrestling.  Camel wrestling??!!, you ask.  Talk about click bait!  PETA will like this post about as much as the one about bull fighting in San Miguel.

The sport (can you call it that?) of camel wrestling is held each winter in the Aegean Region of Turkey.  Matches are on Sundays throughout the region from November through March with as many as five venues on one Sunday.  The schedule’s out for the 2017-2018 season so you can start planning your trip!  We went to a match in Yenipazar, not far from Nazilli, Aydın, in February 2016. 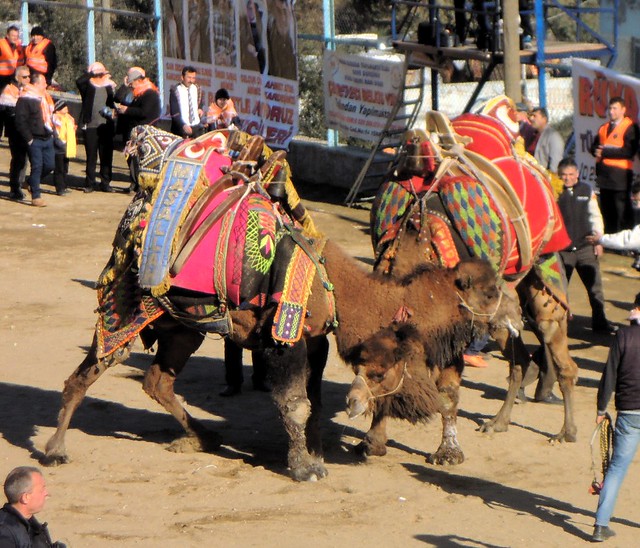 Ferda grew up in İzmir, smack in the middle of the Aegean Region, and somehow she had never been to a camel wrestling event.  No one in her family had either, and they all looked at me a bit skeptically when I told them Ferda and I were leaving very early on Sunday morning to catch a few hours of camel wrestling on our way from İzmir to Antalya.  Ferda, however, was more than skeptical.  She really didn’t want to go at all and balked at the 15tl entrance fee once we finally arrived at the festival grounds.  The locals immediately pegged her as being from İzmir and let her in for free.  We were among the few non-locals and stuck out with our backpacks and Goretex rain jackets. 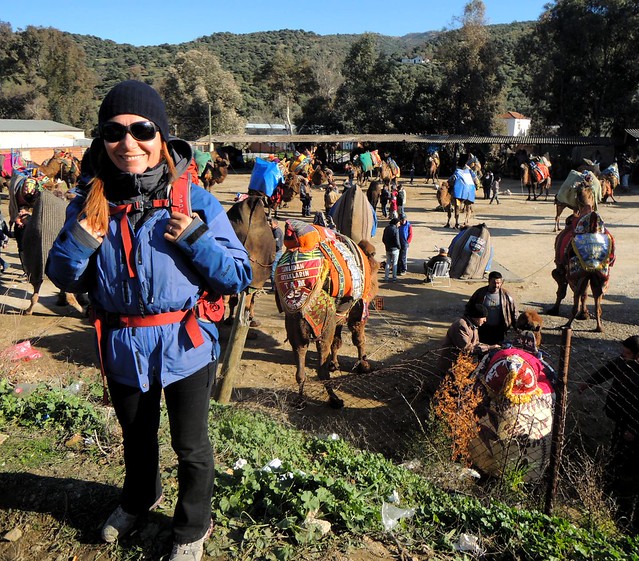 The thing to do at a camel wrestling event is to come early with a group of friends, bring a picnic, bring (or rent?) a table and some chairs, and most importantly don’t forget the bottle of rakı.  That seemed to be what everyone else was doing.  Camels don’t seem particularly inclined to wrestle.  These events are in the winter because that’s when the females are in heat.  Apparently with a female nearby and enough men pulling on ropes, two young male camels can be enticed to “wrestle” a bit.  Ferda and I really didn’t have any idea what was going on, but every once in a while a camel would get pushed over or simply pushed across the arena, and the crowd would go wild (sort of). 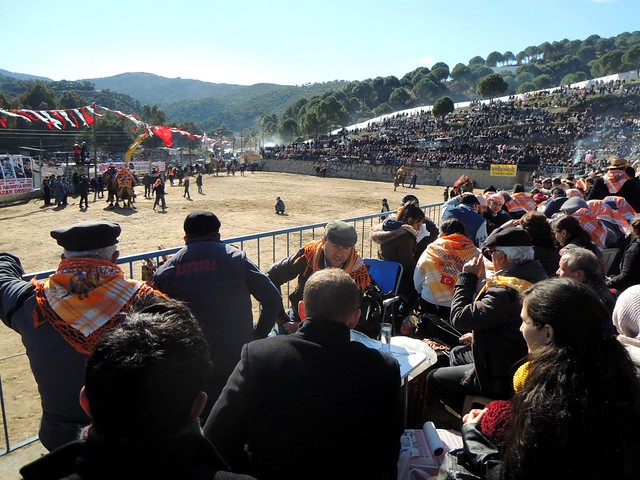 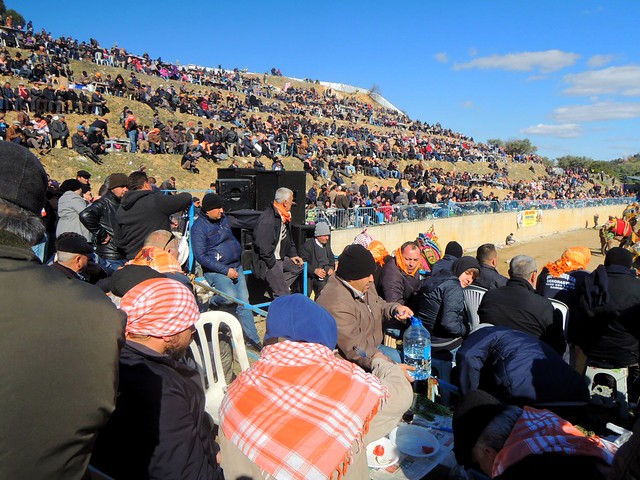 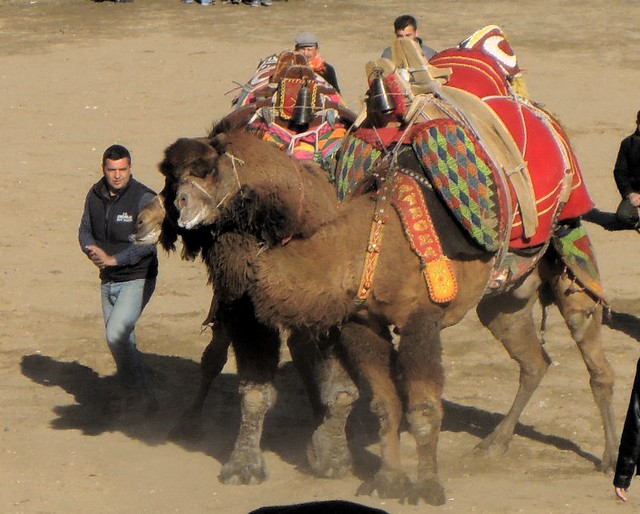 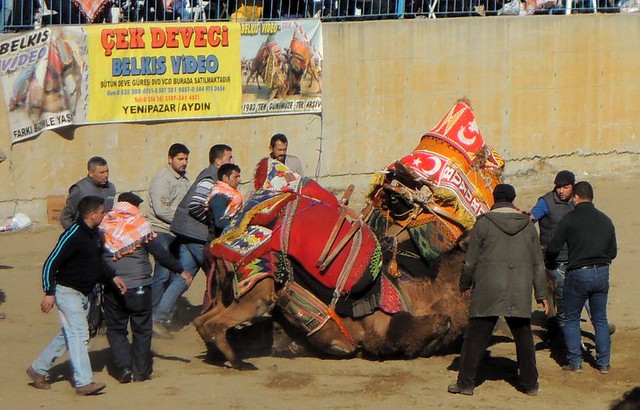 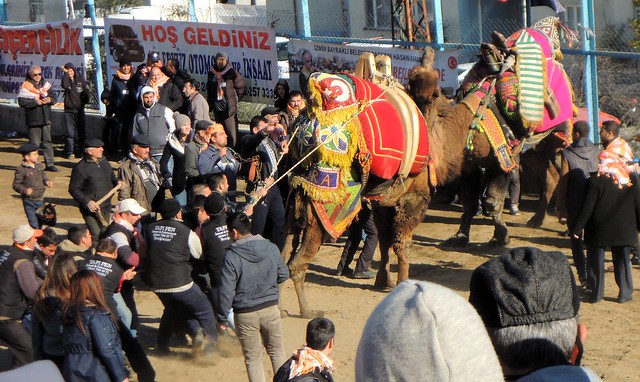 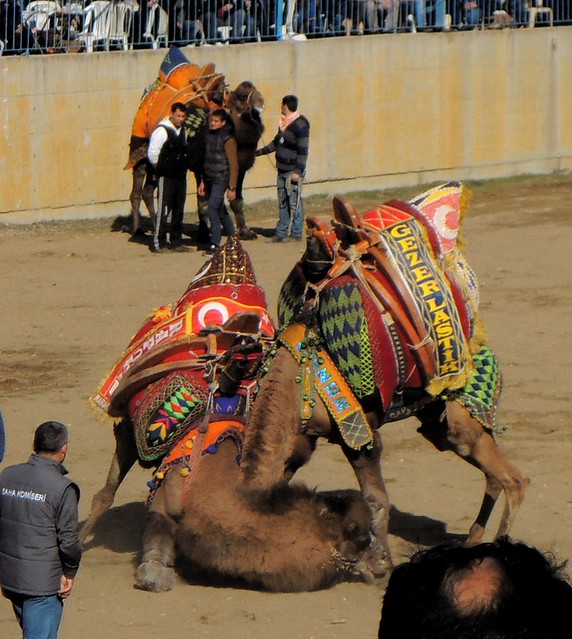 After an hour and a half or so in the arena, Ferda and I enjoyed walking around the area where the camels were waiting.  Some camels were muzzled, some weren’t, and we were free to wander wherever we wanted.  It felt a bit adventurous, perhaps scary, neither of us really having any idea just how safe (or not) camels are.  The animals are big, and it was fun to see how they were spruced up for the Sunday events. 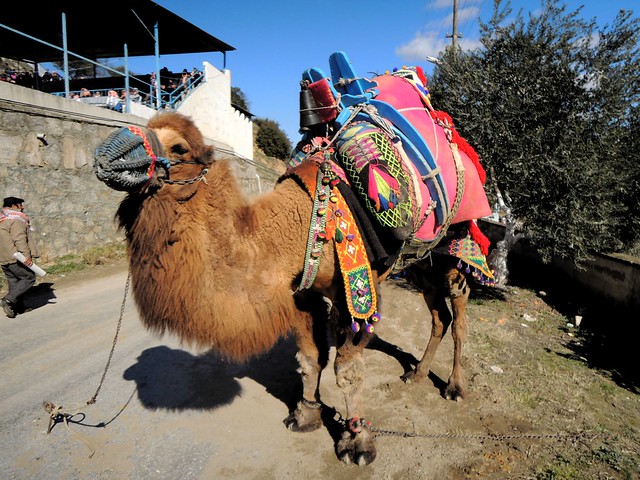 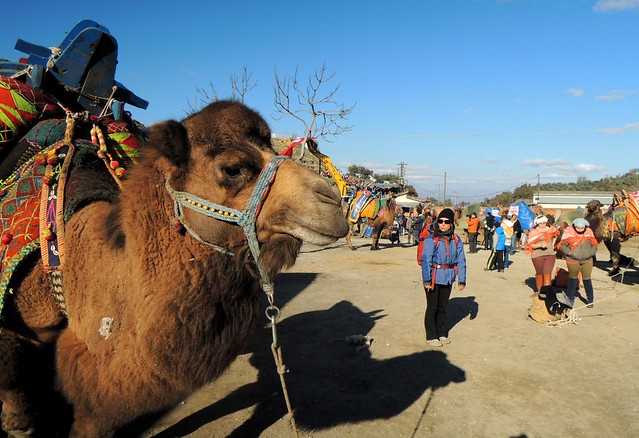 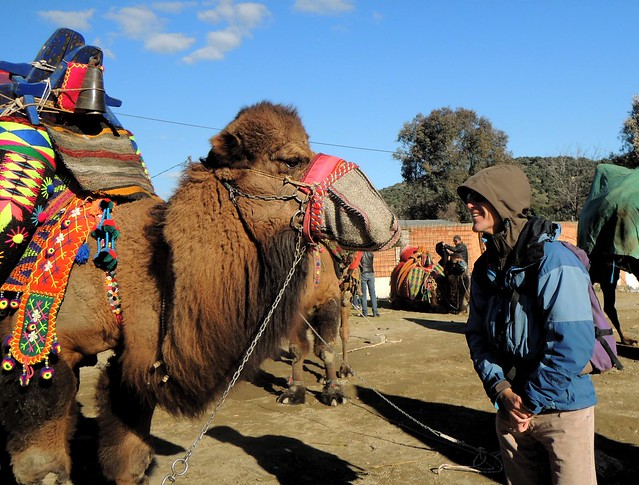 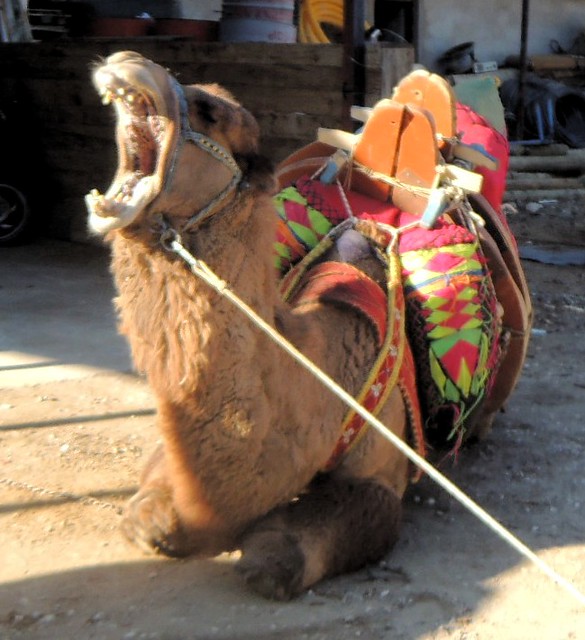 We couldn’t leave without buying some sucuk, Turkey’s famous sausage.  Being a Muslim country, Turkey’s sausage is never made from pork.  It’s usually beef or lamb.  However, here it was, of course, camel meat! 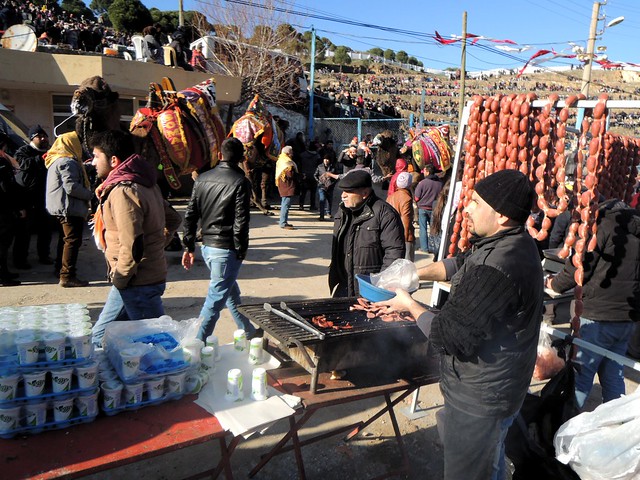 This entry was posted in Traveling, Turkey and tagged Yenipazar. Bookmark the permalink.

1 Response to Camel wrestling in Yenipazar