Family and friends in Utö, Torö, and Stockholm

Ferda and my last two weeks in Sweden were spent in and around Stockholm.  It was a family reunion of sorts in Utö, Torö, and Stockholm.  On my last trip to Sweden Erland took me on a short (four-day?) sailing trip in the beautiful Stockholm archipelago.  I was excited to visit these islands again.

The first get together was on the island of Utö in the archipelago.  Ferda and I did a big shopping trip in Västerhaninge, rode our heavy bikes the short way to Årsta Brygga, took to ferry to Utö, and enjoyed a nice sunset and an evening on our own before the rest of our crew arrived the following morning on a ferry from Stockholm. 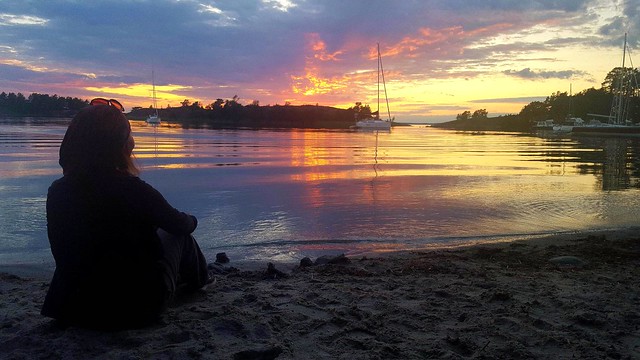 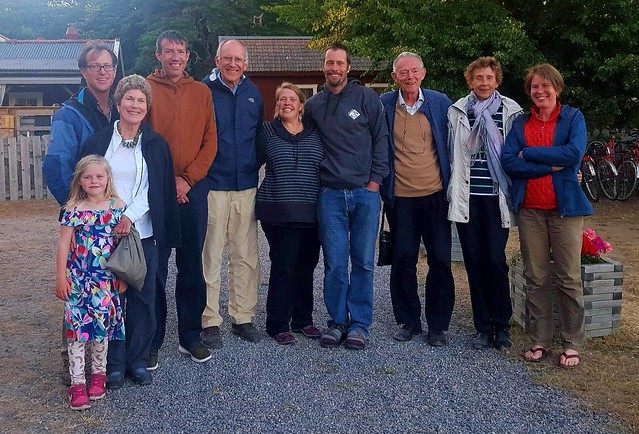 There aren’t many cars on Utö.  The thing to do there is rent bikes, ride around to some of the beaches, and even go swimming if the weather is warm enough.  It was fun to get out on bikes with my parents, and it actually was warm enough for a rather quick dip in the Baltic. 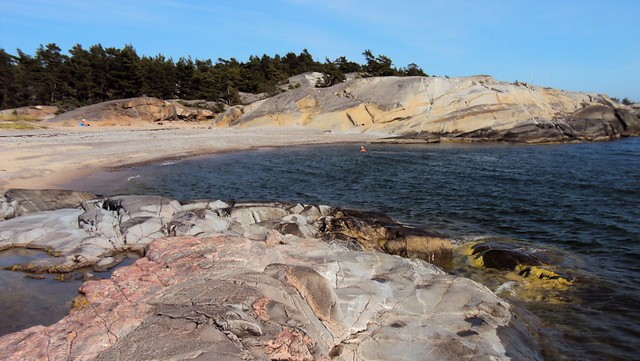 From Ålo on Utö, Ferda and I took the ferry to Nynäshamn and had a short ride to Christian and Annali’s summer house on Torö.  During our month riding in Sweden, Ferda and I were mostly able to stay on pleasant roads without too much traffic.  The two worst roads we had to ride on were the one heading east into Västerhaninge and the one heading west from Nynäshamn.  They were both narrow with hills, curves, and lots of fast traffic.  I’m used to this kind of unpleasant riding from Colorado, but Ferda has rarely had to ride on roads like that.  Luckily each section was short (not over 15km total), but it was a reminder of just how nice and relatively safe most of the riding that I do is. 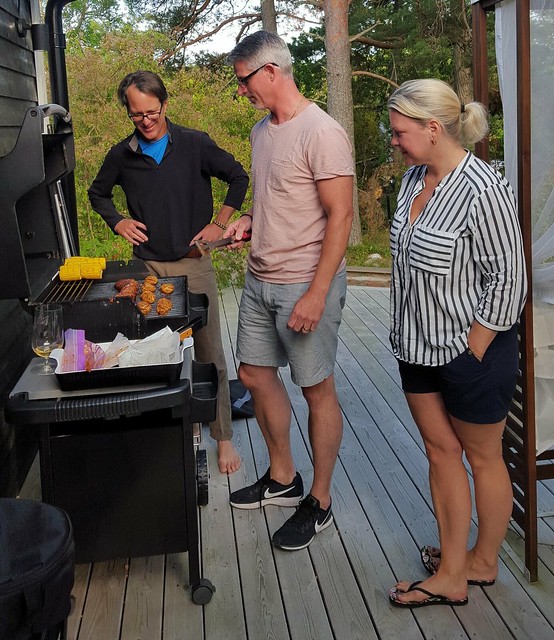 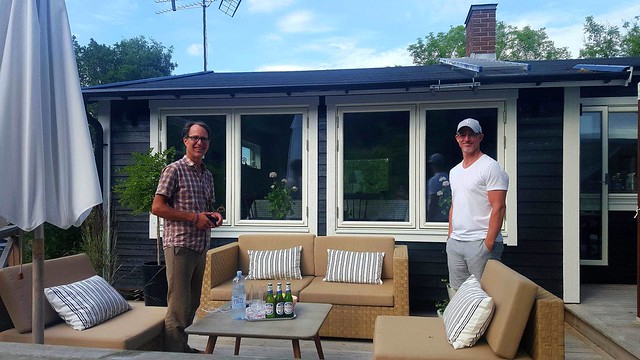 Our last two touring days were a casual ride from Torö to Stockholm.  We continued our church and castle tour.  I was quite impressed with the restoration work at the church in Ösmo, particularly the ceiling paintings by the famous (for Swedes) painter, Albertus Pictor. 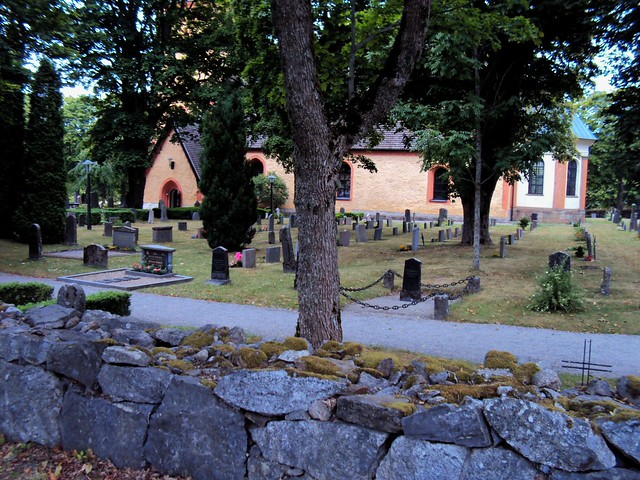 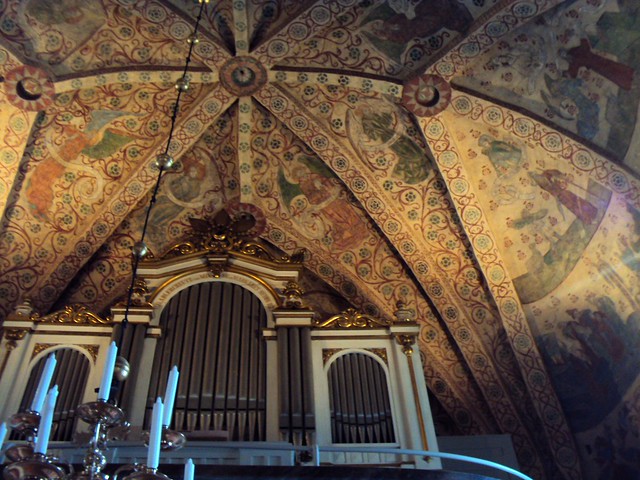 We visited another castle, Årsta Slott, now used as a fancy restaurant (and hotel?) as part of the surrounding golf club. 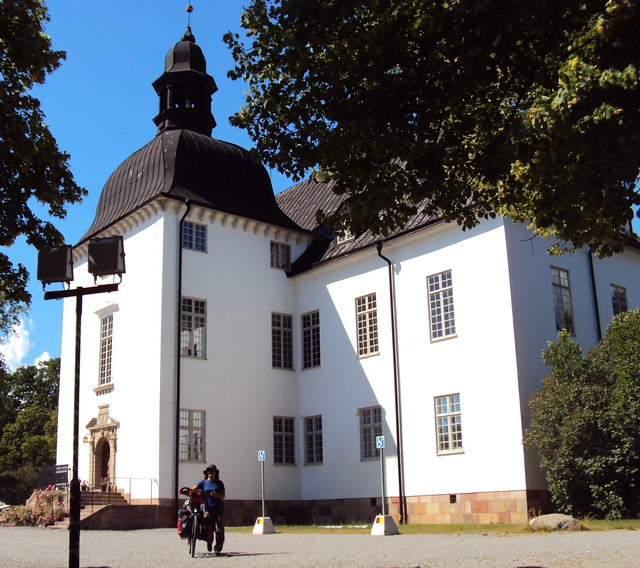 Here’s the nearby church at Österhaninge. 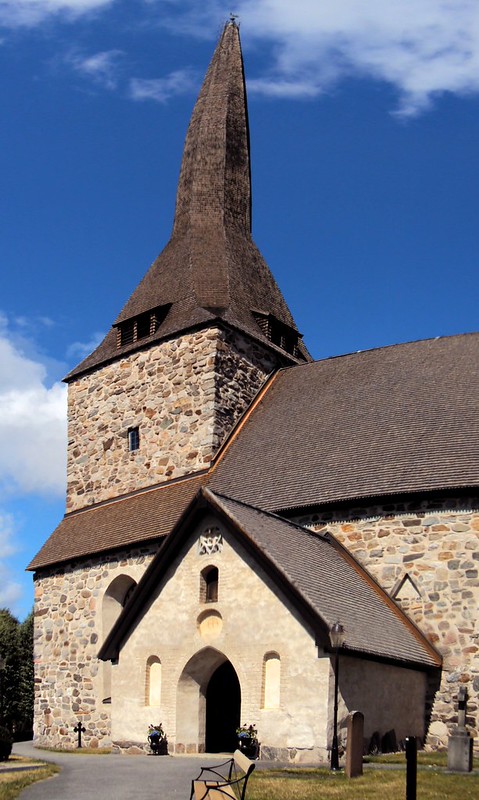 Stockholm’s a beautiful city in the summer.  This was my fourth visit but the first time I went out to the UNESCO designated cemetery, Skogskyrkogården. 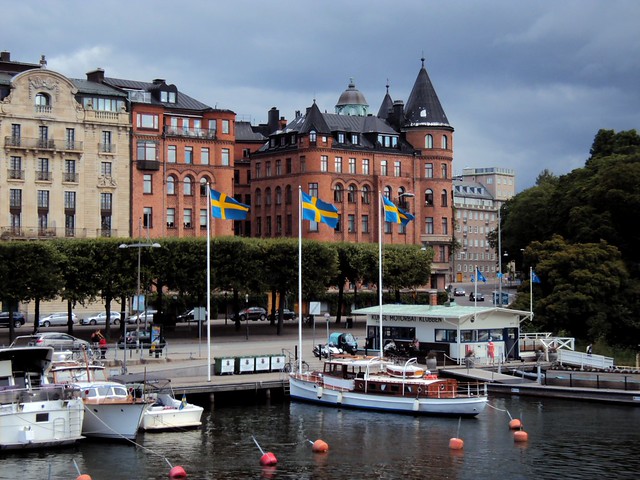 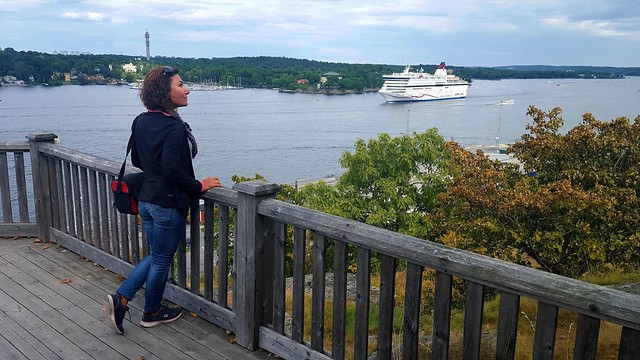 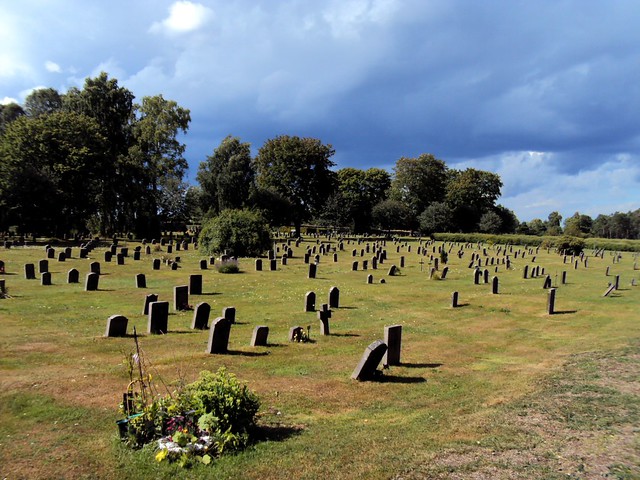 Mostly our goal was a few more days with family and friends before everyone flew off to Alaska, California, and Antalya. 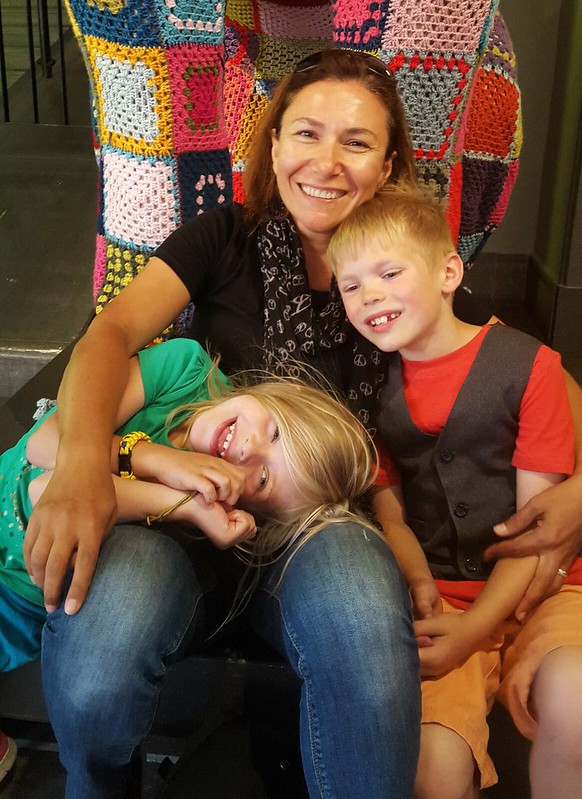 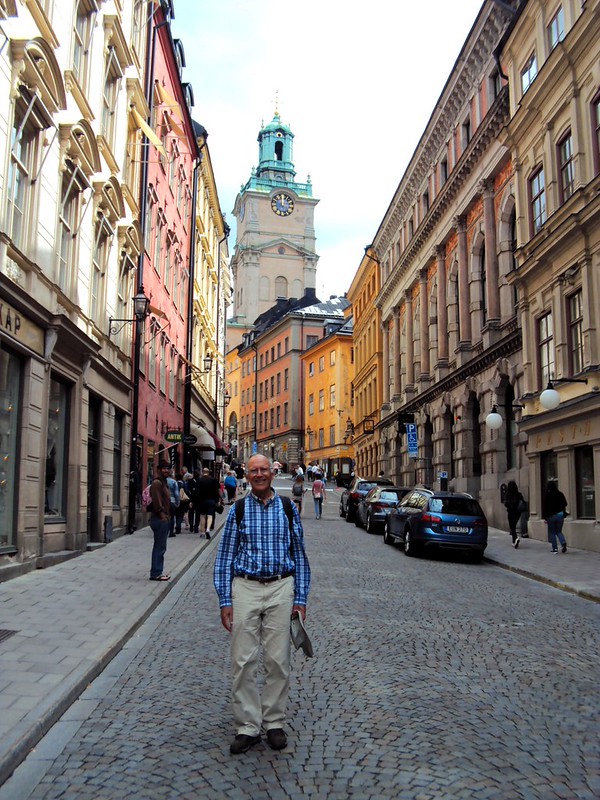 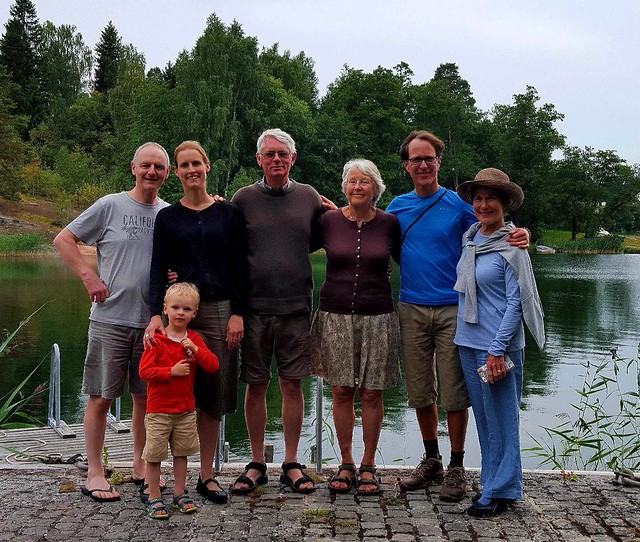 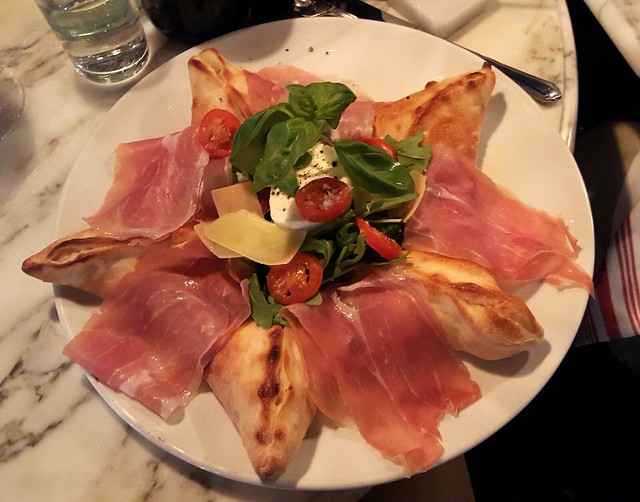 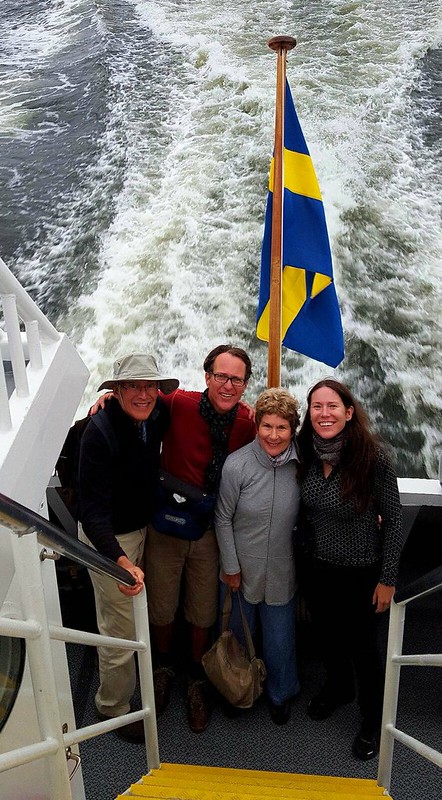 1 Response to Family and friends in Utö, Torö, and Stockholm