A walk up Tahtalı Dağı in the winter

Tahtalı Dağı (aka Mt. Olimpos) is the most famous of the high mountains near Antalya.  It’s certainly not the highest, but it sits quite near the sea.  The view of the mountain’s 2366m summit from the seaside resort of Çıralı is pretty fantastic, particularly in the spring when it’s warm enough to swim and the mountain is still covered in snow.  I ought to have some photos of that — Ferda and I have stayed quite a bit at Çıralı, climbing, camping, and enjoying the beach — but I don’t seem to have any photos. 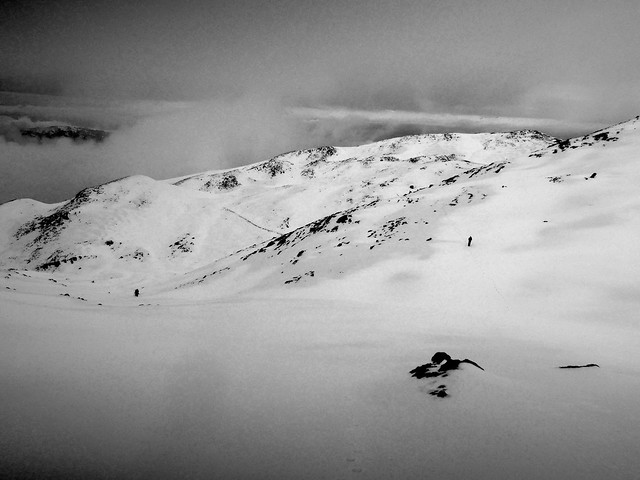 Tahtalı sees more people on its summit than any other mountain in Antalya, but that’s not because it’s a such a great climb (it’s not).  It’s because there’s a teleferique to the summit!  The reason I had never climbed this summit was precisely because there is a teleferique to the summit!  Hasan and Fahri organized this winter ascent in February 2016, an unusually low snowfall year.  It probably would have been a funner climb in February this year (2017) when there was much more snow.  We drove up to Beycik and started walking a little above that at about 1150m.  It was surprisingly green down there.  We ended up having a casual 7.5 hour day with rather warm weather for February. 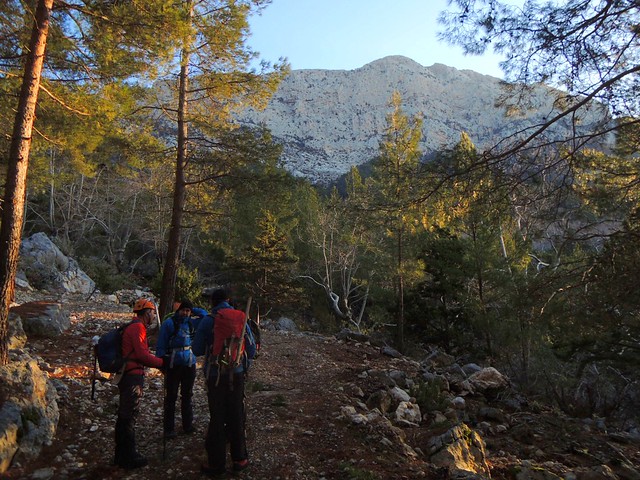 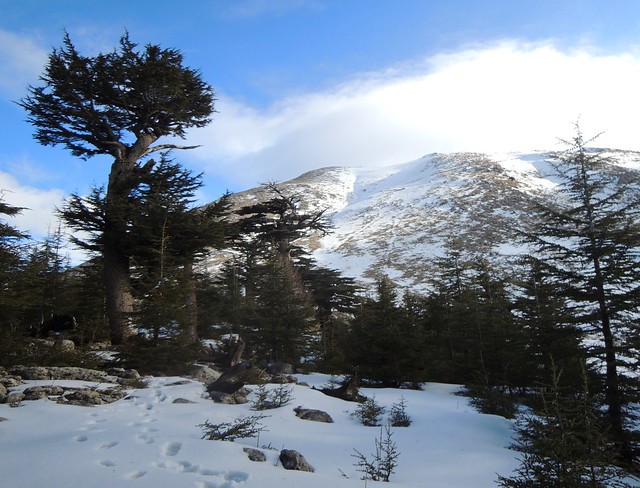 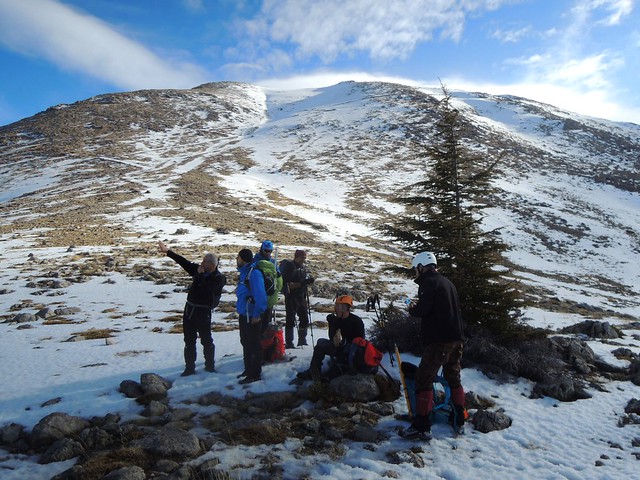 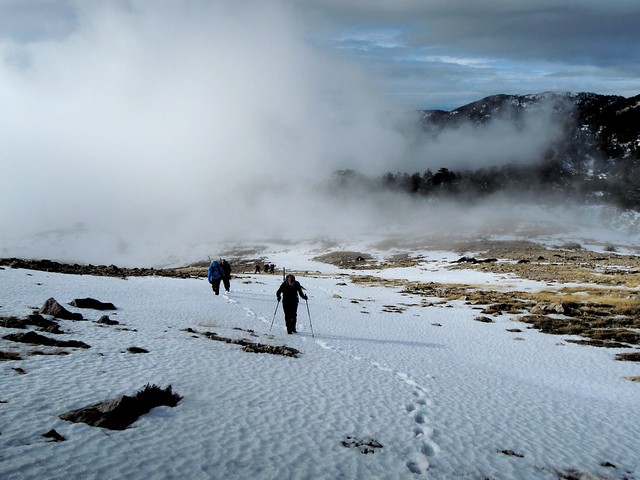 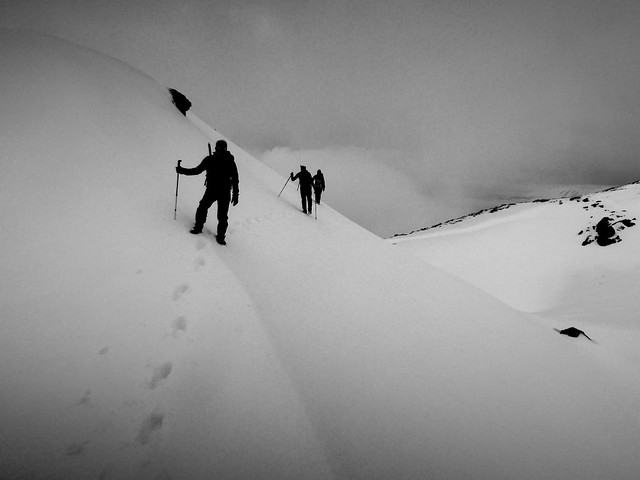 The walk was so mellow that I never ended up taking my crampons or ice ax out of the pack.  Of course, it’s always fun to get out, and there aren’t that many places to get out on the snow near Antalya. 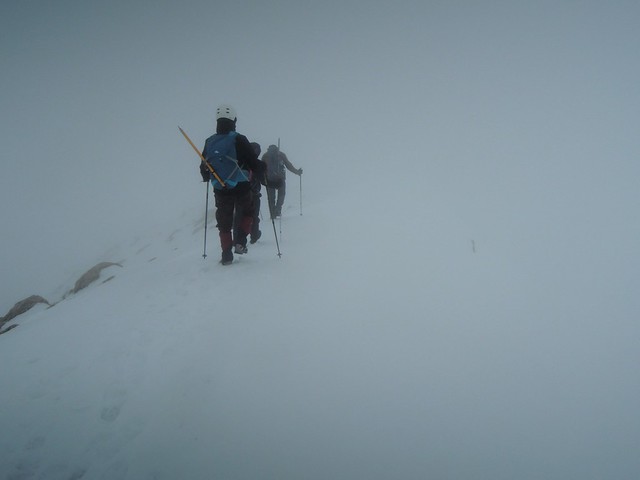 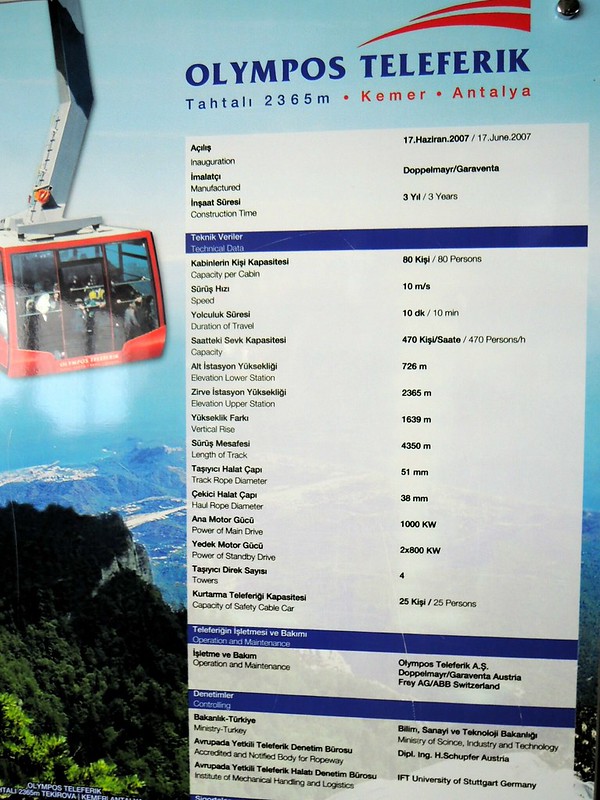 This entry was posted in Trekking, Turkey and tagged Beycik, Tahtalı Dağı. Bookmark the permalink.

1 Response to A walk up Tahtalı Dağı in the winter