Megan dropped us off at Tuolumne Meadows and then had to drive home, but that didn’t mean that Ferda and I were on our own.  My parents drove up to meet us in Tuolumne, and we continued our Yosemite adventure with them.  For the first day all five of us were together, and we chose the brilliant hike to North Dome.  On my only other visit to Yosemite my Dad and I walked up Half Dome and Clouds Rest so we had great views of North Dome then.

On this trip our hike to North Dome included views of Basket Dome and Clouds Rest: 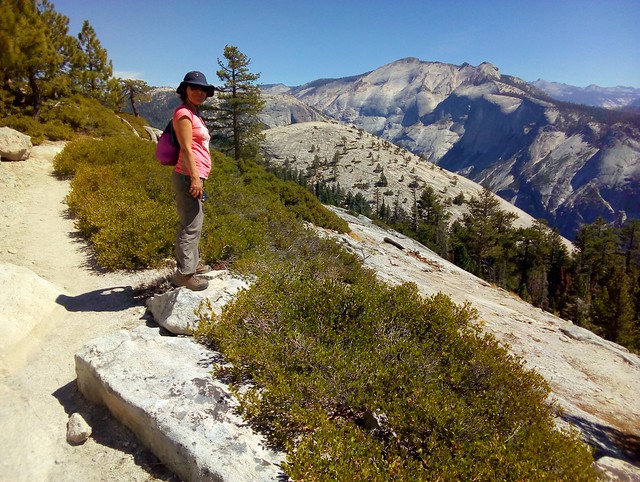 and views of Half Dome: 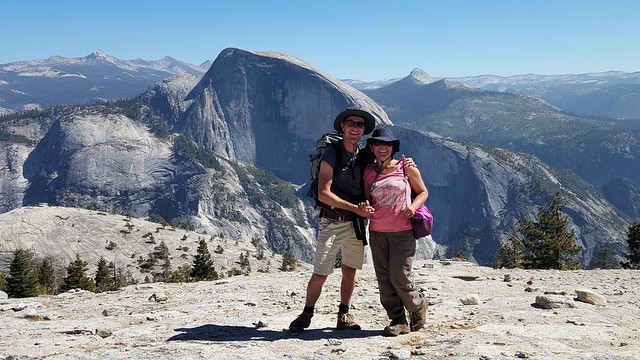 and once we got to North Dome, we had views of both Clouds Rest and Half Dome: 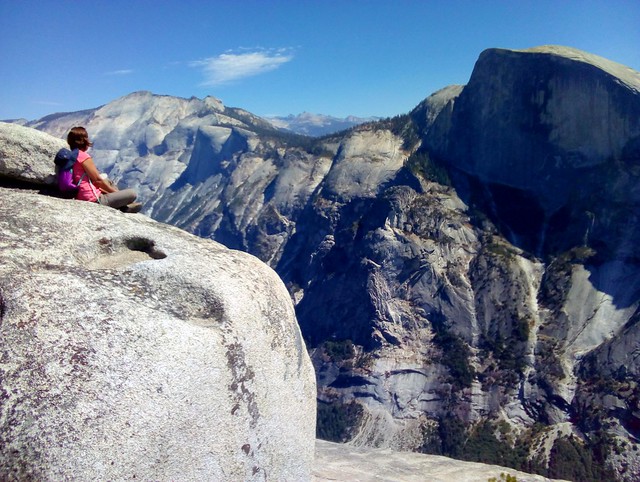 I don’t think many people are disappointed with the views from North Dome.

We spent much of the following day on Lembert Dome.  It’s just a tiny thing as mountains go.  Ferda and I climbed the classic easy (5.6) Warren Harding route, Northwest Books, which is around to the left in this photo.  The route’s in the shade most of the morning. 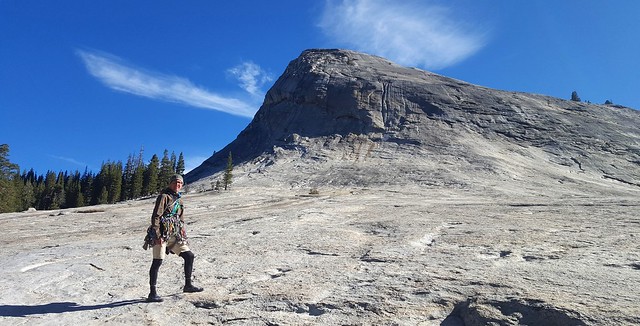 By this point Ferda has made it through the slabby mantel crux move and is moving through the fun liebacking. 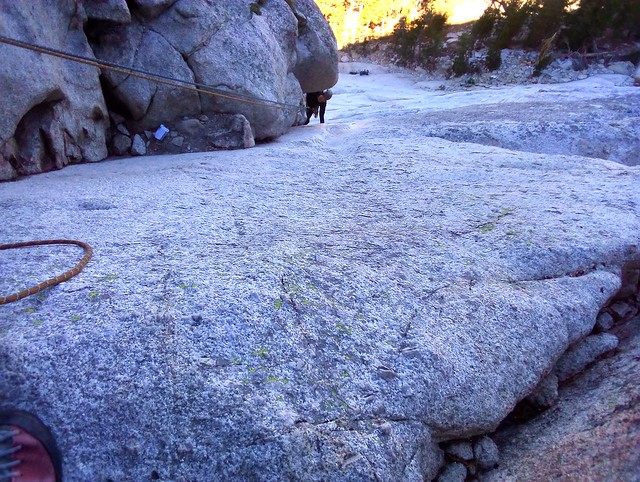 Somehow we were thinking that Yosemite: 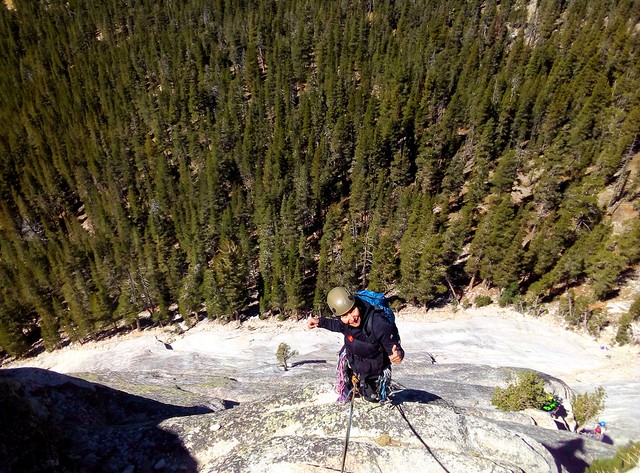 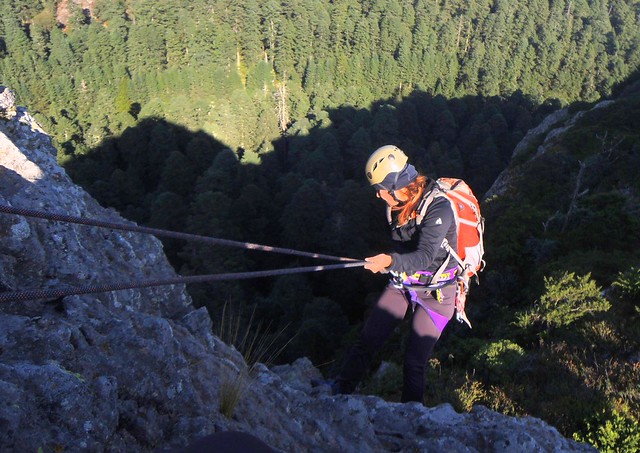 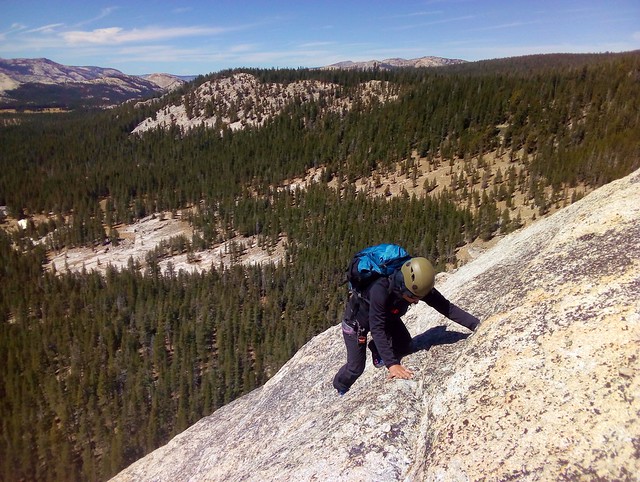 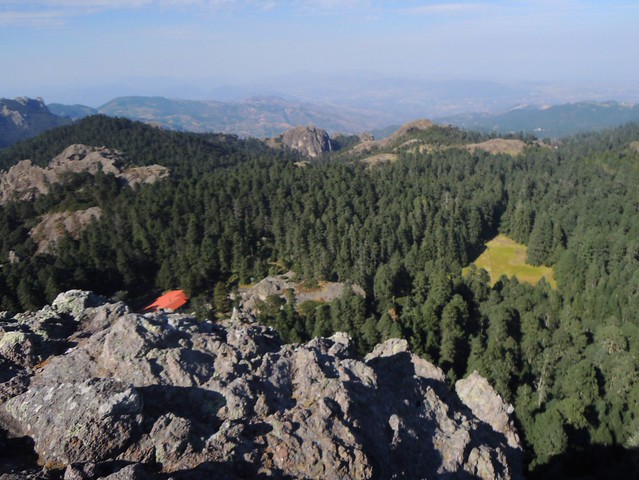 Interesting how we can both come up with the same strange comparisons.

Even though Ferda and I underestimated how long the short climb would take (we did have to wait at the bottom a while for one pair of climbers in front of us), my parents were still at the top waiting when we finally arrived. 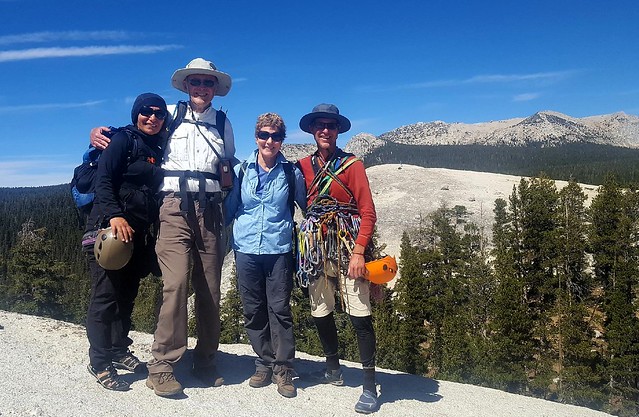 Somehow between the four of us we hadn’t brought enough food or water, but we still decided to take the short detour on the way down to visit Dog Lake: 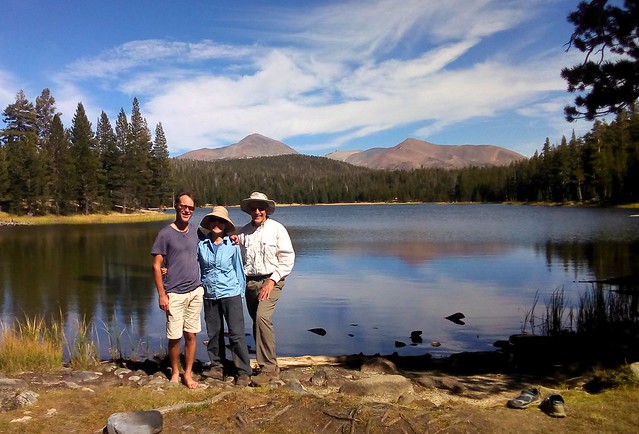 That meant that we were all very thirsty and hungry by the time we made it back to camp. Even though it was a Warren Harding route that we had ascended that morning, we saved the wine until after we returned to camp. 😉

Yosemite seems to be doing a good and successful effort to keep the bears away, with solid metal bear boxes available at all campgrounds and many trailheads.  We didn’t see a single bear in Yosemite or even see signs of bear.  Deer, however, didn’t mind wandering right through camp. 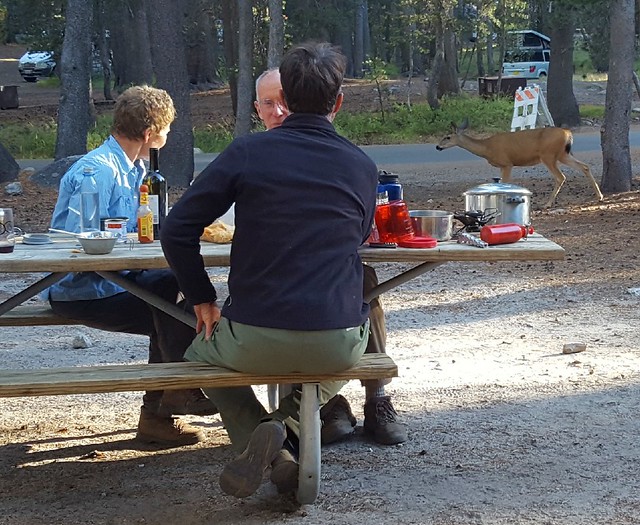 Our next and last dome was Polly Dome, or rather our destination was Polly Dome Lakes at the base of Polly Dome.  Both North Dome and Lembert Dome were somewhat crowded so I was a little surprised that we were the only ones at Polly Dome Lakes, and there was hardly anyone on the trail either.  However, it was Monday.  That’s the difference the weekend makes.

Our hiking guidebook described Polly Dome Lakes as “shallow and boulder-strewn” which I suppose is true, but it’s certainly a nice High Sierra lake. 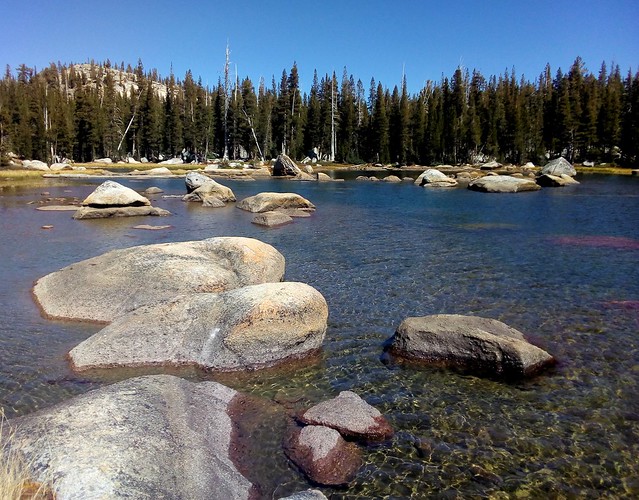 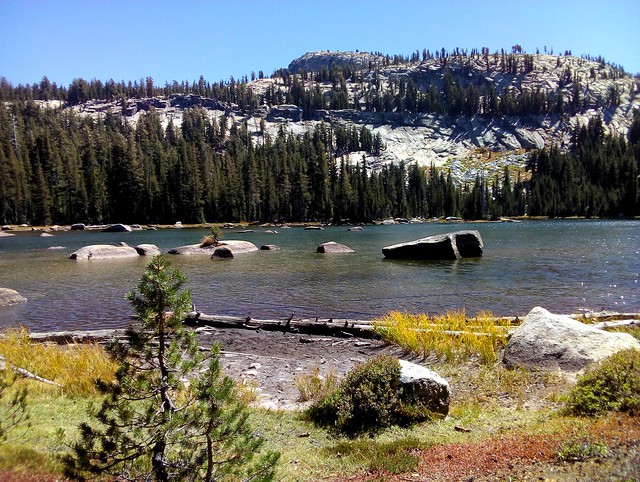 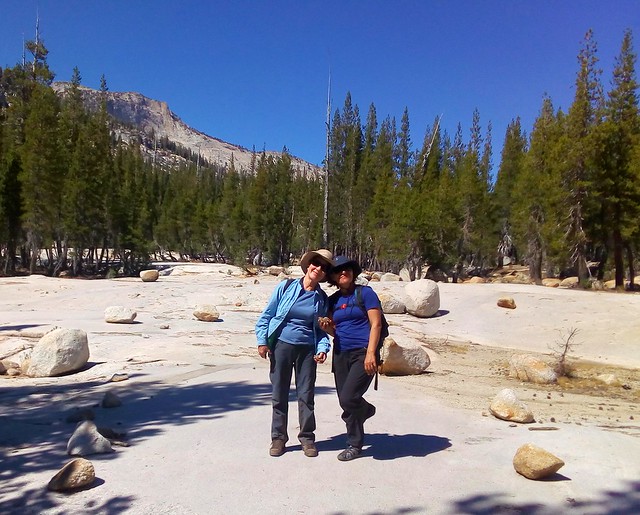 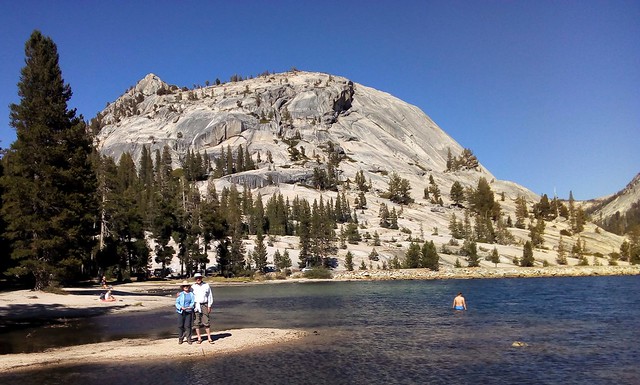 The weather up high was perfect, and we would have liked to spend more time in Tuolumne Meadows, but our campground reservations (which are horrible to make and probably impossible to change) meant that it was time to drive down to the valley. 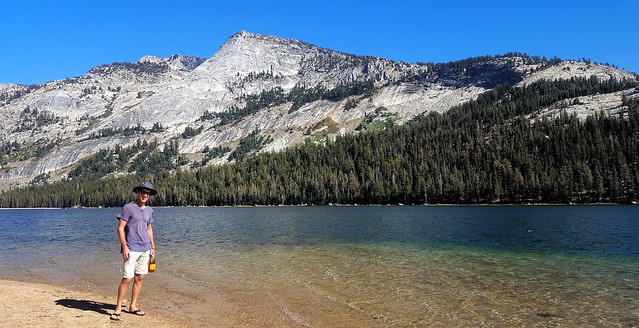