The ancient city of Rhodiapolis

At the end of my last blog we were admiring the Roman theater at Limyra.  Well, the funding for that theater came from the millionaire philanthropist Opramoas from nearby Rhodiapolis.  The ancient city of Rhodiapolis is situated on a hill above the modern agricultural town of Kumluca.  You can see both the modern city and the sea of greenhouses surrounding it in these photos: 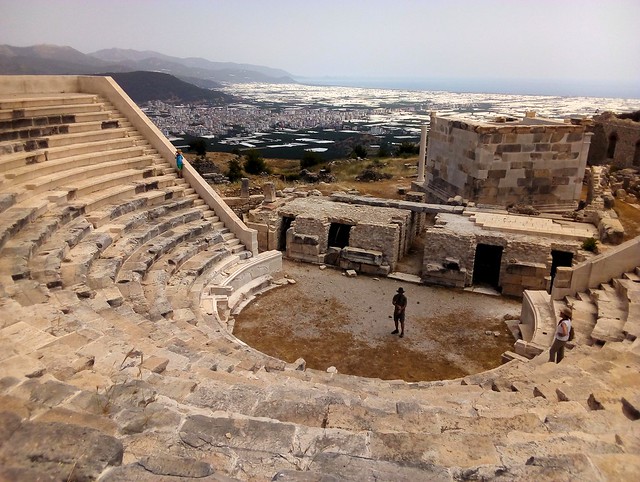 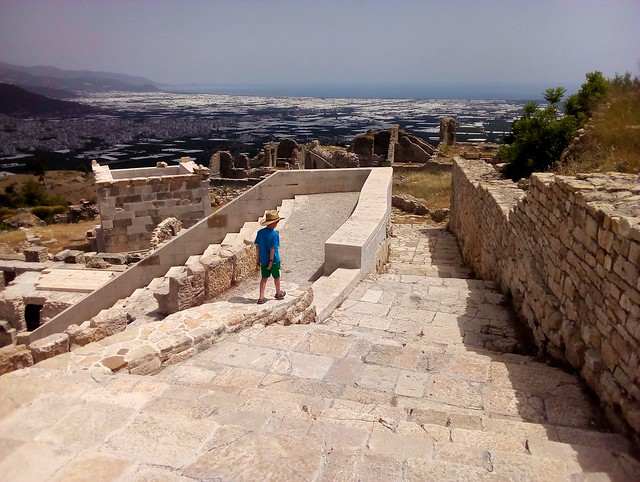 As with Limyra we easily visited Rhodiapolis by car from Çıralı.  The site isn’t huge.  You park the car at the end of the road and start walking up the hill through stuff like this: 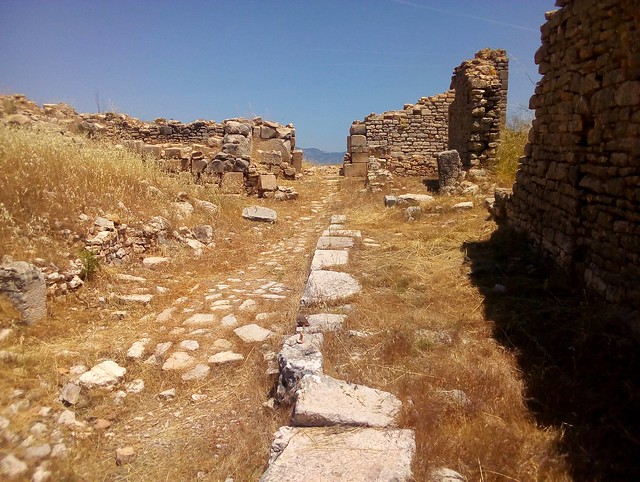 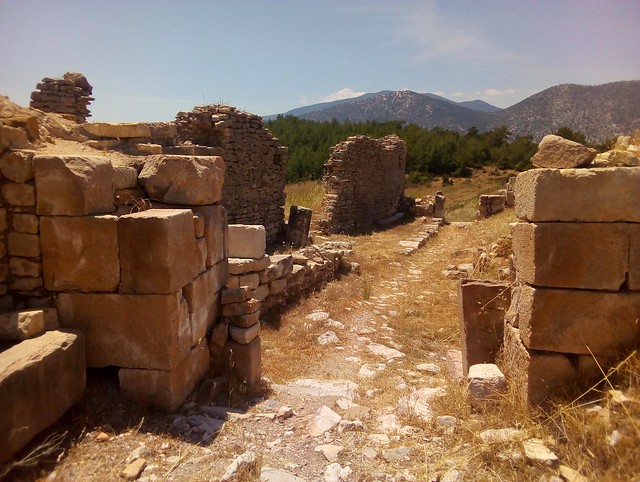 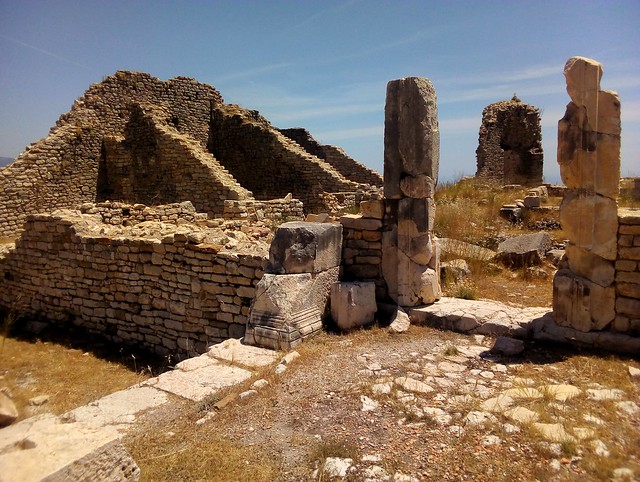 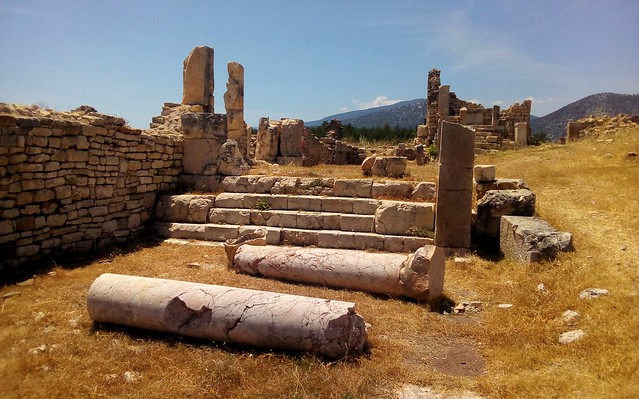 Most tourists will probably agree that the highlight of the site is the theater near the top of the hill with nice views of the mountains to the north.  At a slow pace it takes perhaps 10 minutes to walk from the parking area to the top of the hill. 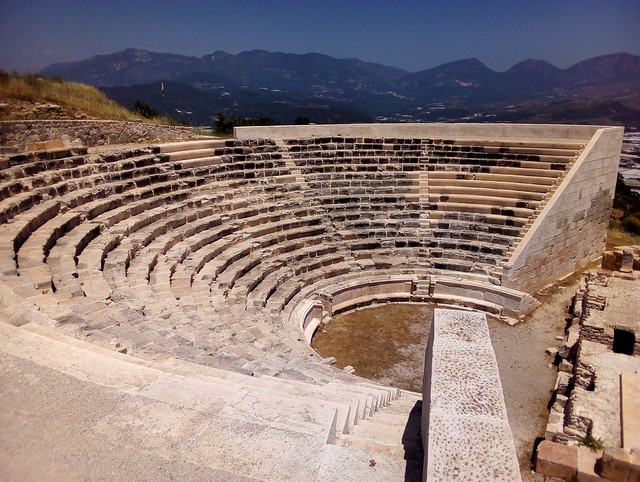 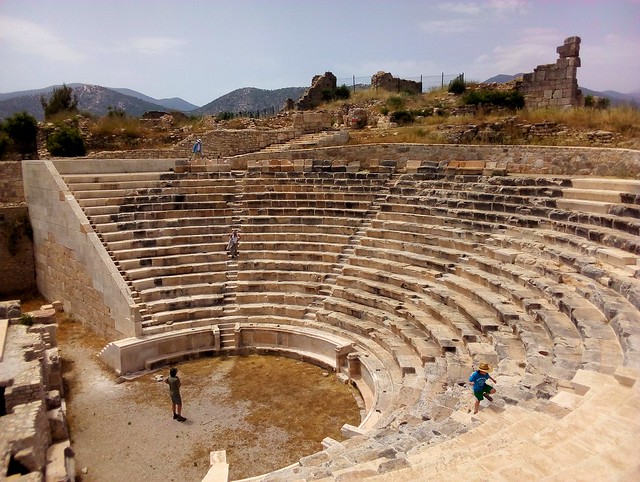 Settlers from Rhodes founded Rhodiapolis, giving the city it name.  I can’t tell you much more than that about the city because it seems not much more is known.  Maybe you can learn more if you can read this?? 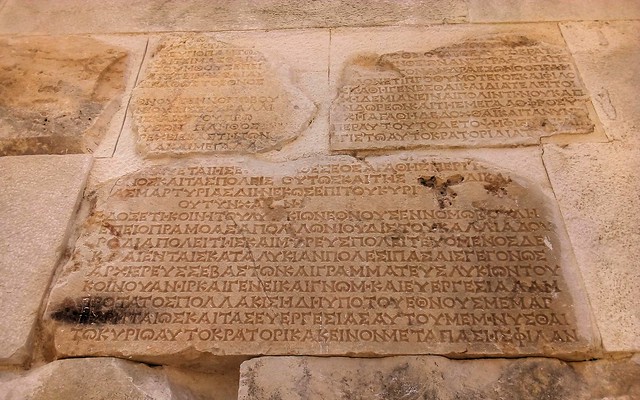 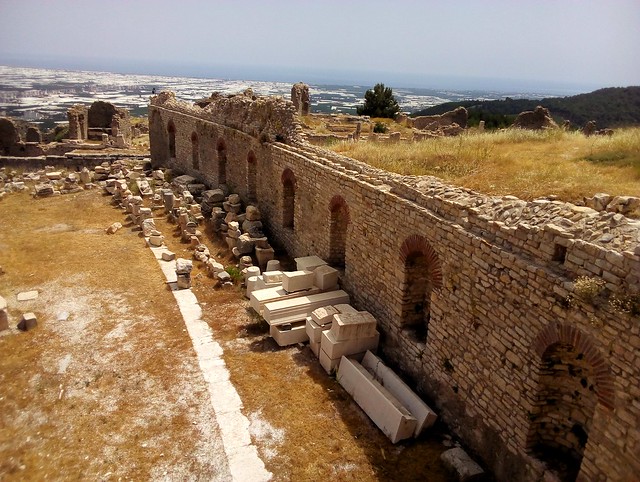 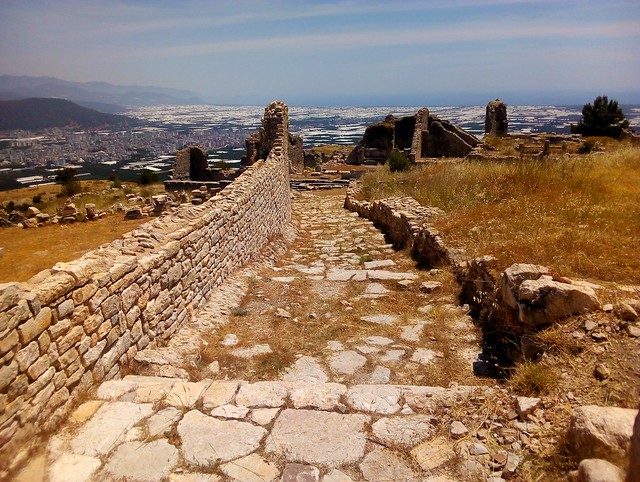 I guess I could add one last thing: there’s no entrance fee, and like at Limyra we were the only visitors — no need to worry about crowds. 😉

This entry was posted in Traveling, Turkey and tagged Kumluca, Rhodiapolis. Bookmark the permalink.

1 Response to The ancient city of Rhodiapolis