The ancient city of Limyra

While my family was visiting Antalya, I couldn’t help dragging them to a few ruined cities.  On previous trips I had already taken my parents to Termessos and Aspendos, Arıkanda and Myra.  Of course it was easy to find any number of sites that they hadn’t seen already — and some that I hadn’t visited either.   The first one was Limyra near Kumluca.  We were staying in Çıralı for a few days so it wasn’t a long drive.

As is common in this region Limyra’s known history starts with the Lykians and their rock cut tombs. 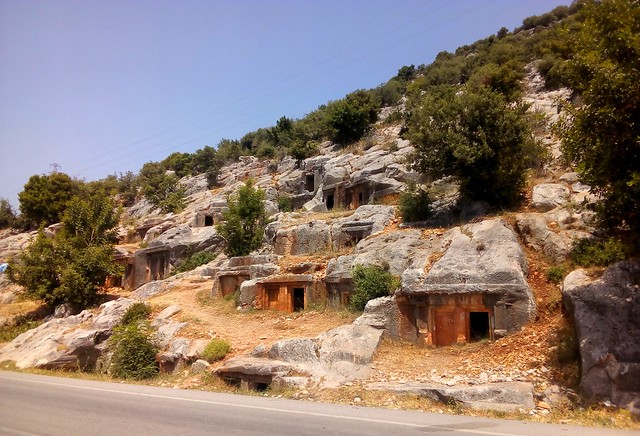 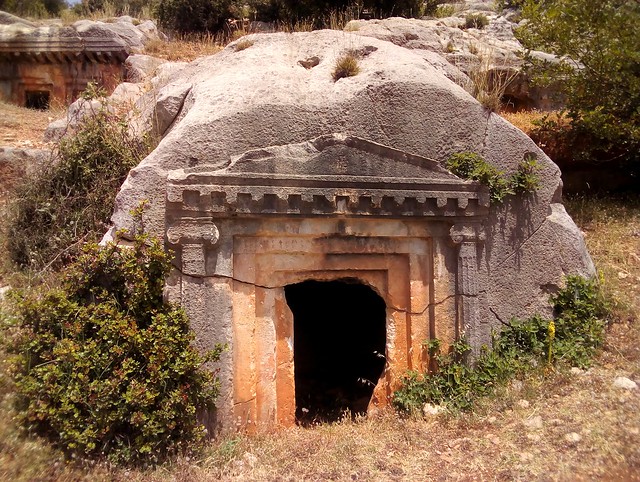 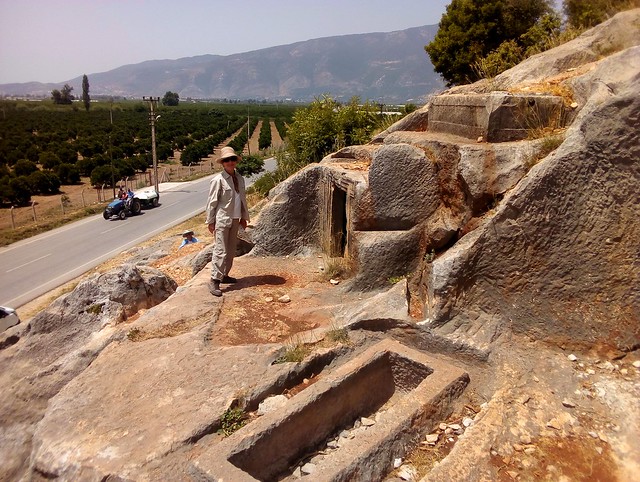 We even found some Lykian writing.  How cool is that?! 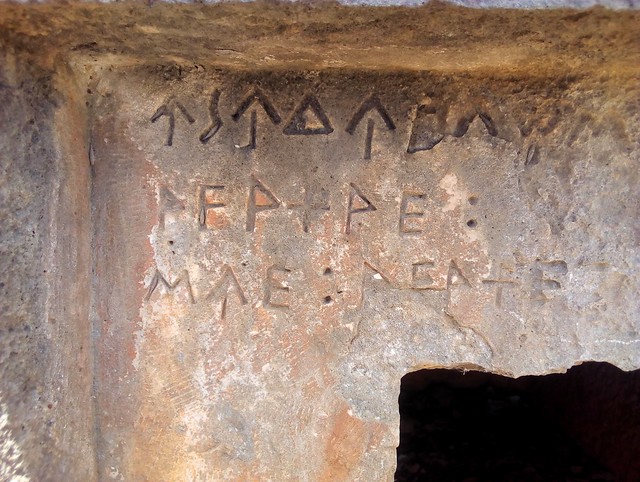 According to wikipedia Limyra was “already flourishing in the second millennium BCE” and later “in the 4th century BCE Pericles adopted it as the capital of the Lycian League“.  Perhaps the Lykian League capital was moved around a bit because in a previous blog I wrote that Patara was “known for being the capital of the Likian League”.

The main part of the site is interesting in the way it seems that the canal (stream?) has been redirected to flow out from under some buildings: 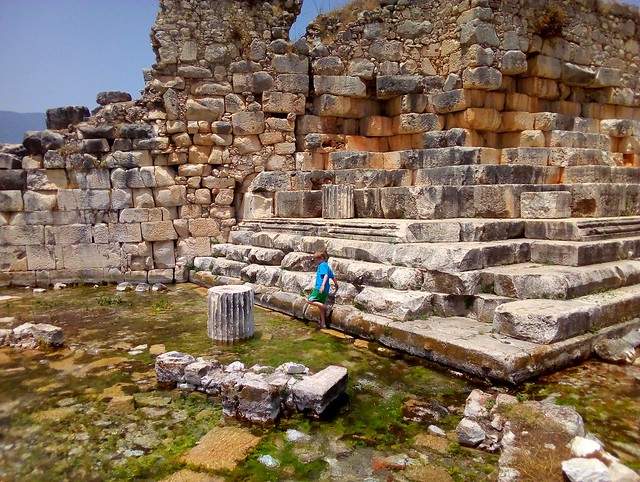 and then straight down what appears to me to be a Roman road: 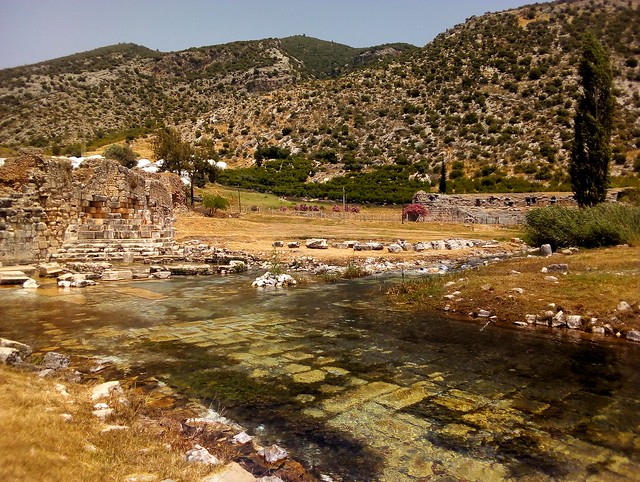 However, it’s likely not so simple.  There is, after all, over 2400 years of history at Limyra.  It may have started with the Lykians, but the Persians, Alexander the Great, Romans, Byzantines, Selçuk Turks, Menteşe Turks, and the Ottomans were also all here.

The Romans in their predictable fashion left some baths: 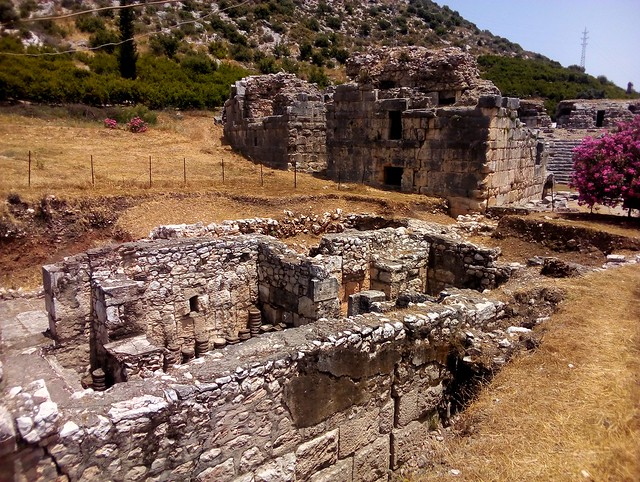 and a theatre that’s still in good shape. 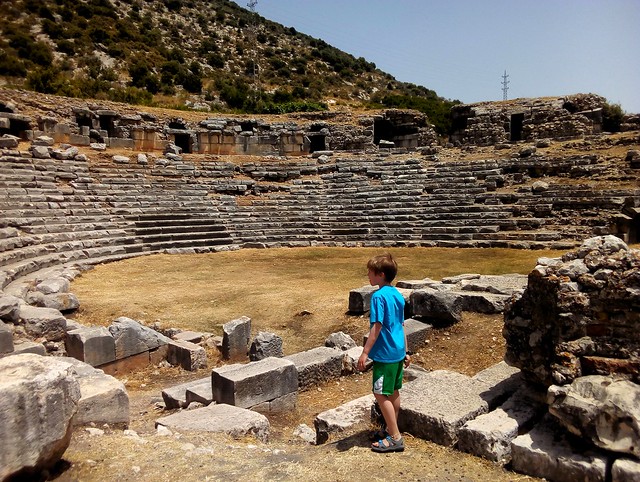 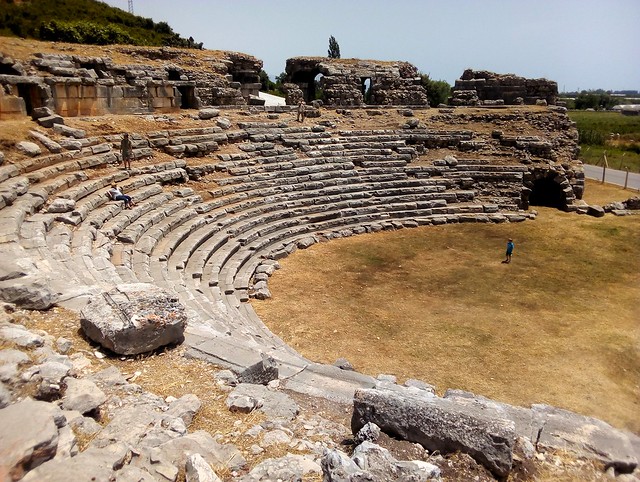 If you read a little bit about Limyra on the internet, you might be tempted to go off in search of the Bridge near Limyra, “one of the oldest segmented arch bridges in the world”.  If you do find it, please let me know where it is because we failed…  🙂

This entry was posted in Traveling, Turkey and tagged Kumluca, Limyra. Bookmark the permalink.