The ancient city of Neapolis

While Tommy was visiting from Boulder, Seb took Tommy, Ömer, and me up to Neapolis, an archaeological site that I’d heard Seb talking about for years.  The site isn’t so far from Seb’s house, northwest and above the village of Doyran.  The site is accessed from the west via the dirt road network to the west of the Doyran Reservoir. 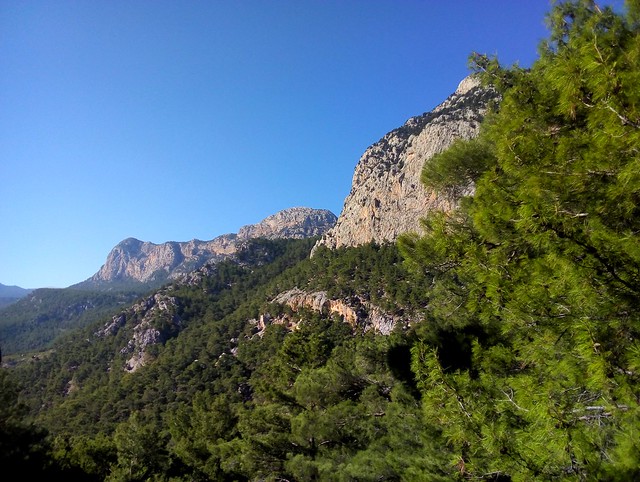 According to the research by Nevzat Çevik at Akdeniz Üniversitesi, the site sits “at the crossroad of Pisidia, Lycia, and Pamphylia” and had close ties with nearby Termessos.  For the non-expert the most obvious remains are Lykian tombs, Roman temples, and a Byzantine basilica. 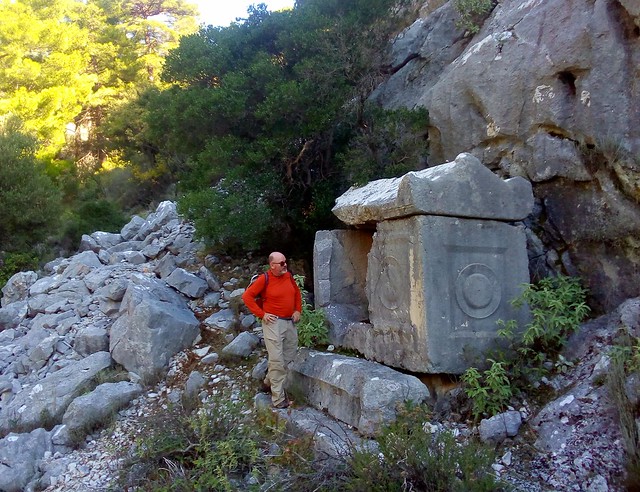 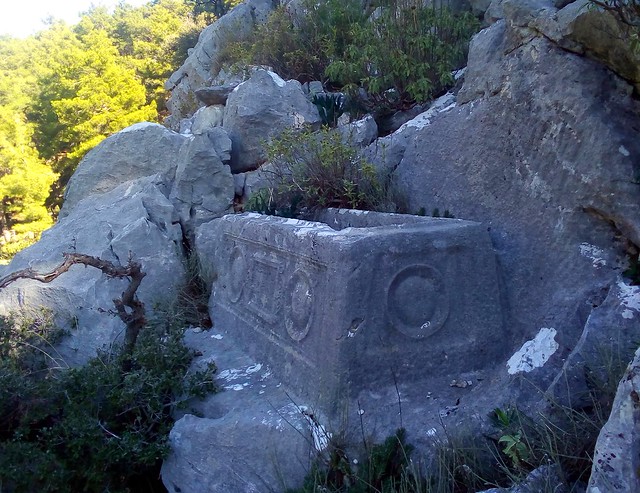 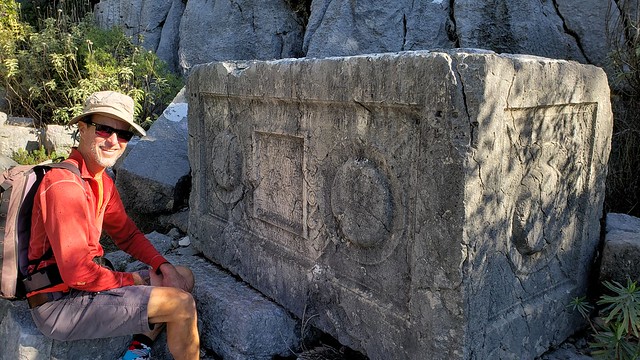 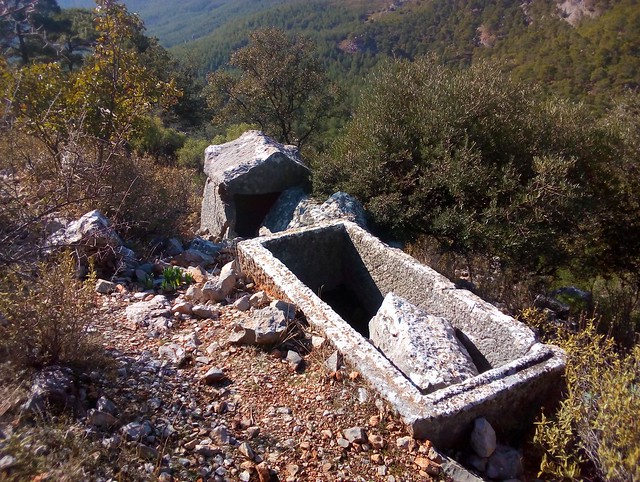 The necropolis gives way to houses.  Continue up in the same direction picking your way through old walls and prickly bushes.  At the ridge is a nice view toward Çakırlar and Antalya.  Some of the best preserved buildings are here, the Roman temples of Artemis and Dionyssos. 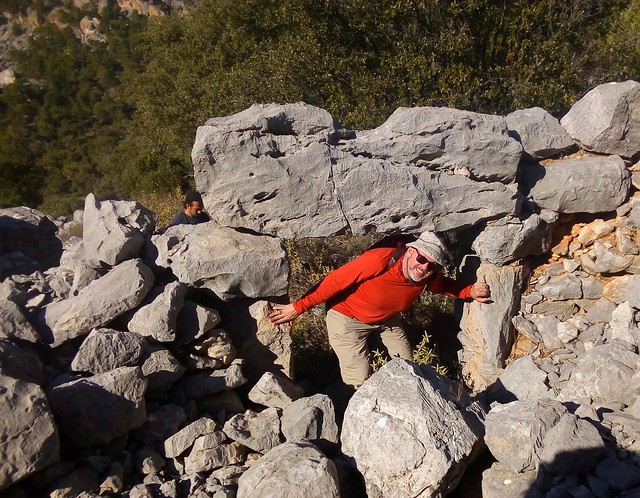 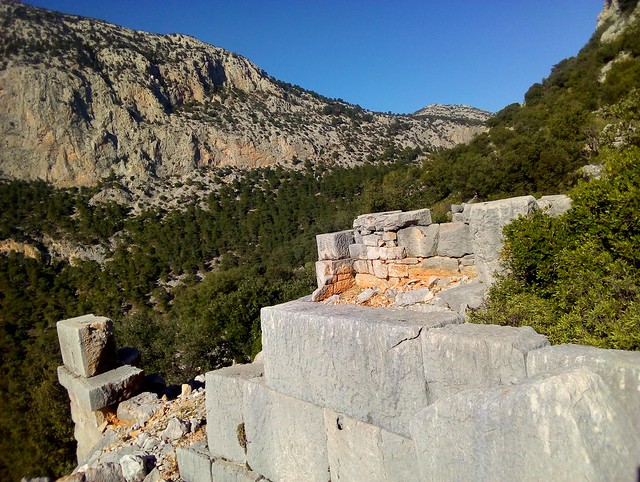 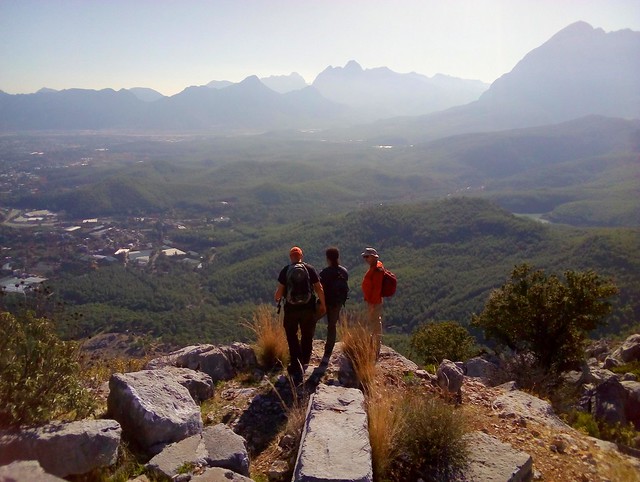 On the way up you probably looked down to your right and noticed the basilica a bit below you.  With just a little effort you can find a route down to that building and check it out as well. 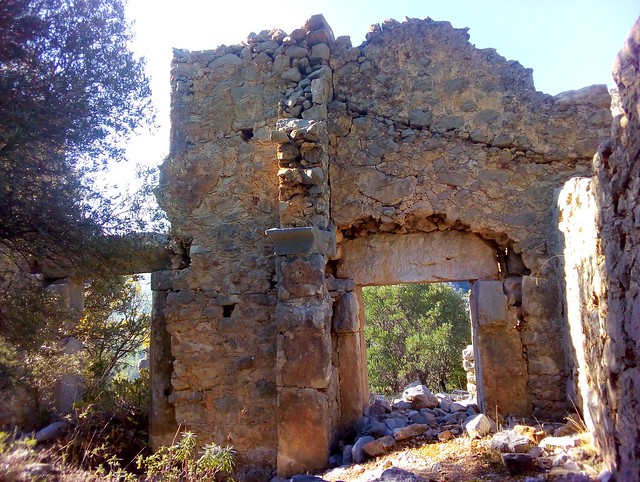 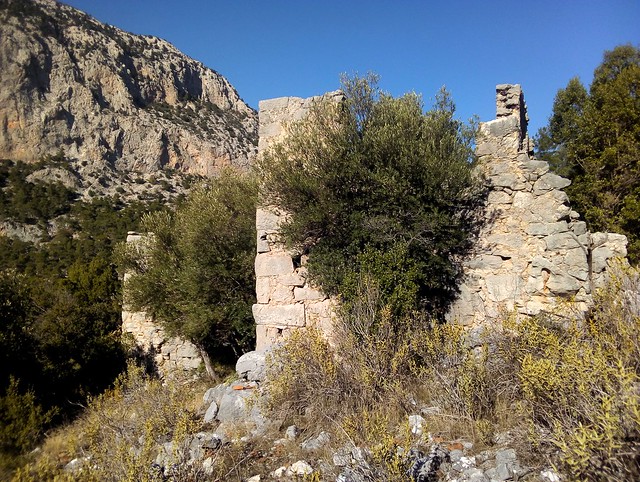 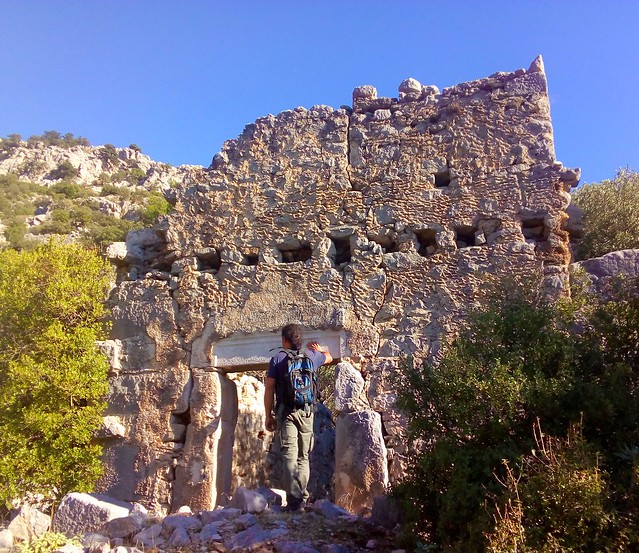 Clearly the remains aren’t as extensive or impressive as many other sites in Turkey, but it’s a fun excursion, and the views are great.  Of course, we were the only ones there. 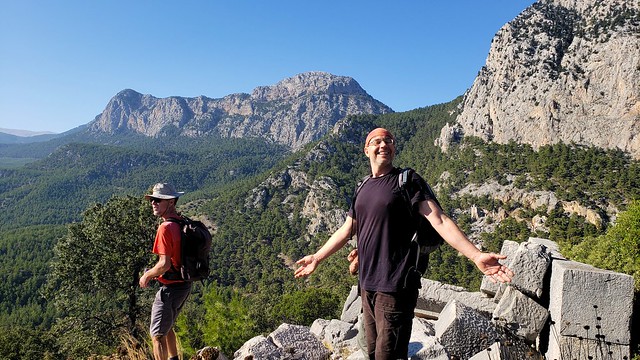 This entry was posted in Traveling, Turkey and tagged Doyran, Neapolis Antik Kenti. Bookmark the permalink.

1 Response to The ancient city of Neapolis