At 2200m Abha might be Saudi Arabia’s most pleasant city.  In the winter it’s so cool that I was finally able to use all the warm clothes that I carried from Jeddah: 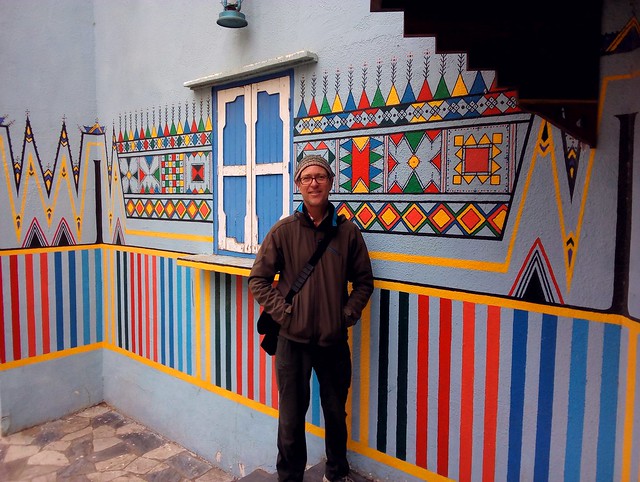 The high season for tourism is the summer when people flock to Abha to escape the intense heat suffered in most of the Arabian Peninsula.  Abha’s average July high temperature of 29°C, compared to 42°C in Riyadh and Mecca, sounds very pleasant indeed.

Similar to my experience in Oman and United Arab Emirates, urban areas in Saudi Arabia are pretty grim for pedestrians and cyclists.  I saw more pedestrians in Abha than anywhere else I went, the best of a bad lot, I guess you could say.  There was this quite pleasant park, a nice 20 minute walk connecting my hotel’s neighborhood with downtown Abha:
END_OF_DOCUMENT_TOKEN_TO_BE_REPLACED

Saudi Arabia has huge plans for tourism.  According to an article in the January 2020 issue of DirectionsKSA (published in Riyadh), Saudi Arabia plans to be “among the top five tourist destinations in the world by 2030”.  They predict “the number of domestic and international tourists will reach about 100 million by 2030”.  I’m guessing that includes Umrah and Haj visitors as well, but still it seems wildly optimistic.

If you read anything about where to visit in the Kingdom, well, the area around Al Ula, including the Nabatean site of Madain Saleh, is often the first place mentioned.  Oddly for their first winter with the country open to tourism, the sites there were mostly closed this year for a big tourism development project.  That’s why I didn’t go.

The second place on these lists is mountainous Aseer Province in SW Saudi Arabia, bordering Yemen.  I have some photos of the steep mountains and the schist architecture in my last post.  The crown jewel of Aseer is perhaps Rijal Almaa.

During my rest day with Hassan at his house in Sumeri, Hassan’s brother-in-law, Hasan Ali, wanted to take me by car to Rijal Almaa.  No, thank you, I said, I’ll be arriving by bicycle in a couple days.  He insisted.  It is, I suppose, the only reason anyone comes to this area.  It’s not hard to see why.
END_OF_DOCUMENT_TOKEN_TO_BE_REPLACED

The scenery between Jeddah and Qunfudhah was pretty uninspiring, and overall I was disappointed with the snorkeling as well.  I had a nice rest in Qunfudhah with Sultan and his friends, but I wasn’t super optimistic when I left.  Who knew that I was heading into the best riding of the trip?

Maybe I should have known because I was crossing into Aseer where the famous (?) “Flower Men of Saudi Arabia” live. 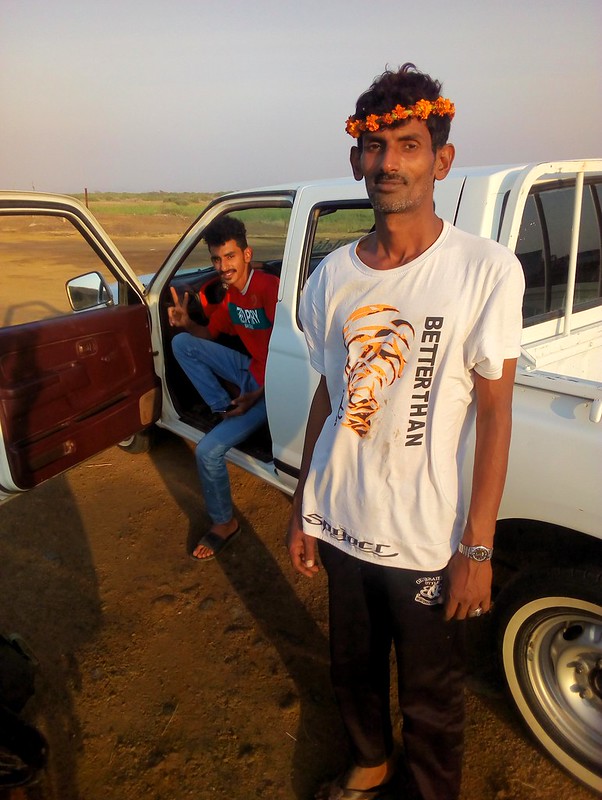 First I had to ride inland a bit on the main highway to get around yet another desalinization plant.  Then I found some fun roads to take me back to the coast for the last time.
END_OF_DOCUMENT_TOKEN_TO_BE_REPLACED

This snorkeling report only covers the places I snorkeled while cycling between Jeddah and Qunfudhah.  In brief, it was disappointing, not worth the effort.  Maybe the snorkeling is better north of Jeddah.  Maybe I didn’t find the right places — it’s very hard to find any information.  Maybe you really need to get out in a boat — although I did try this once and also failed to find good snorkeling.

One difficulty you’ll have both with snorkeling and bicycle touring is dealing with the “border patrol”.  They’re very active along the Red Sea and prohibit swimming in most places.  They also prohibit using the coastal track in many places.  However, they’re super friendly and polite, always giving me water, sometimes food, and once putting me up for the night in an air conditioned room.  They usually wanted my passport and entry stamp, sometimes my visa, usually made some calls, apologized for taking my time, and welcomed me to Saudi Arabia.  When I requested (which was every time I really wanted), I usually (always?) got permission to cycle their coastal track and sometimes permission to snorkel.  I don’t have any photos because, well, they don’t want people taking photos.  However, here’s a photo of the dinner they gave me when I spent the night at one of their merkez: 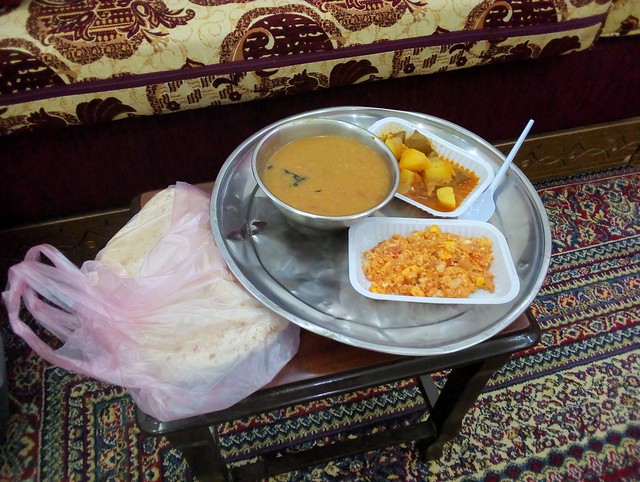 I wrote about snorkeling at Al Qattan in my last post (more photos here).  I’ll mention it again because it really was good.  If you like snorkeling, it’s worth a detour (in a car) from as far as Jeddah.  I’ll say it again, the hard coral was stunning:

END_OF_DOCUMENT_TOKEN_TO_BE_REPLACED

On the day that Ferda and I rolled into Seoul, Saudi Arabia, without much fanfare, swung their doors open wide to tourism.  It’ll be a flood, I’m sure.  Doesn’t everyone want to go to Saudi Arabia??!!  Googling for information in English about bicycle touring in the kingdom, I was only able to find accounts from Gürkan Genç and Pablo Garcia.  I thought I’d give it a try.

I left Antalya in the afternoon, had a layover in İstanbul, and took the red eye to Jeddah.  I slept at the most a couple hours on the flight (it was only 3.5 hours).  I built my bicycle at the airport, got money from the ATM, and bought a SIM card.  One thing I’ve learned from the first week of cycling here is that distances are huge.  I left the airport around 3:30am, and it would have been getting light by the time I set up my tent so I decided just to pedal all the way in to the center of the city, about 37km from the airport. 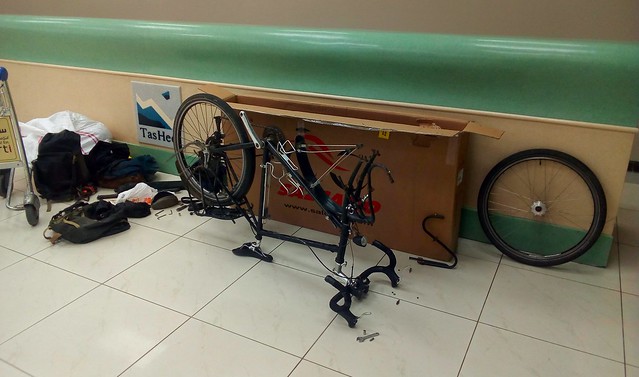