About 25 days in Romania (so far!), and, oh my gosh, incredible!  Not a single boring day.  Tremendous diversity — people, landscapes, architecture.  After a great interaction with Ana, then, wow, Bicaz Gorge!  Just starting to get saturated with beautiful mountains passes, and then, unexpected idyllic rolling hills of Transylvania. Too much scenery, and we roll into medieval Braşov.

The only disappointment I can think of is perhaps the biggest tourist draw in the country, Dracula’s Castle.  Then, 4 km down the road, a hard climb on a dirt road led to perhaps the most fantastic view of the entire trip.  We looked down into another fairy tale valley with green fields, a wandering road, tracts of forest, and neat houses.  Behind rose a high rocky ridge, and another one was behind us.  What a place for a three hour lunch!

In Borca a stop for a bicycle adjustment led to coffee and crepes with Daniel and his family.  They had hi-speed internet and a fancy laptop, yet cooked with wood and had an outhouse for a toilet.

Sneki and I took a 60 km detour to stay with Ana, our hospitalityclub.org hostess in Piatra-Neamţ.  When I realized that Piatra-Neamţ wasn’t actually on our route, I almost e-mailed Ana to tell her we wouldn’t be there.  I’m glad I didn’t as the four of us (Snežana, me, Ana, and her 13-month-old, Ştefan) enjoyed a wonderful three days together.  Ana opened her home and her heart, and we were sad to leave.

That afternoon in some of the only rain I’ve seen in Romania we climbed through Bicaz Canyon (cheile).  The river carved a tremendous, steep, narrow gorge — sometimes hundreds of meters high on both sides — through the limestone.  Tourists took photos of us huffing and puffing our heavy bicycles up the 10% grade.

Bicaz Pass led to Transylvania which immediately felt like another country — wide open vistas and signs in Hungarian.  We found a great place to camp by the river, and Sneki sent me out for beers at about 8pm.  So that’s how I found myself riding a dark, quiet road as the full moon rose and peaked through the clouds during my first night in Transylvania.  I’m sure those things flying around must have been bats.  Boohoohahaha!

The neat Hungarian villages — each complete with a church — tended to end abruptly, giving way to fields of corn or other grains.  It reminded me of Czech or even Holland.  The area around Hăghig was more rundown, and the beat up houses of the village felt a little more down and out.  How surprised I was when Magda came out and asked, in English, if we needed water.  We did, of course!  We ended up staying the night with Magda and Mircea and ate the most wonderful fresh tomatoes from their garden (not just while we were there, but for the next three days as they sent us off with about 5 kg of tomatoes!).  He’s a web designer, and that’s how we ended up drinking beers with the person who made the website for Dracula’s Castle!

Here are some photos.  There are more here and here! 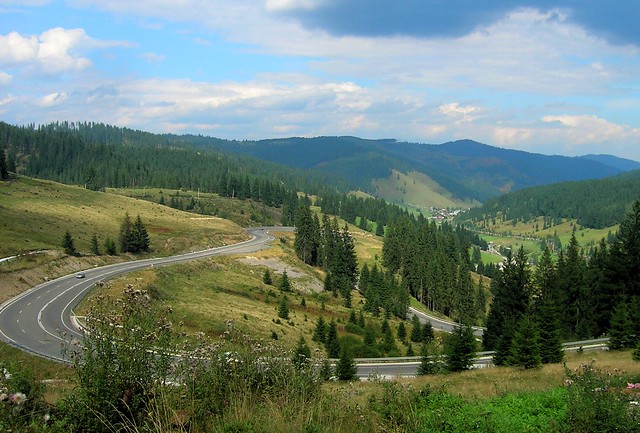 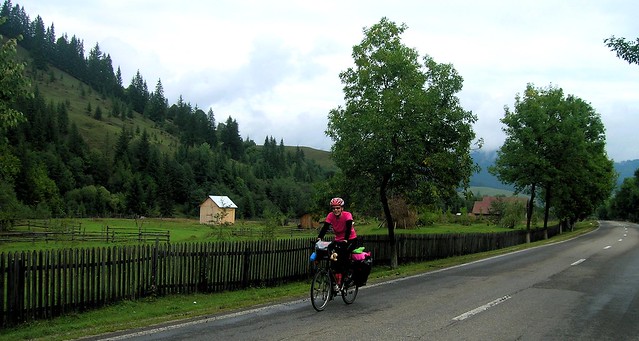 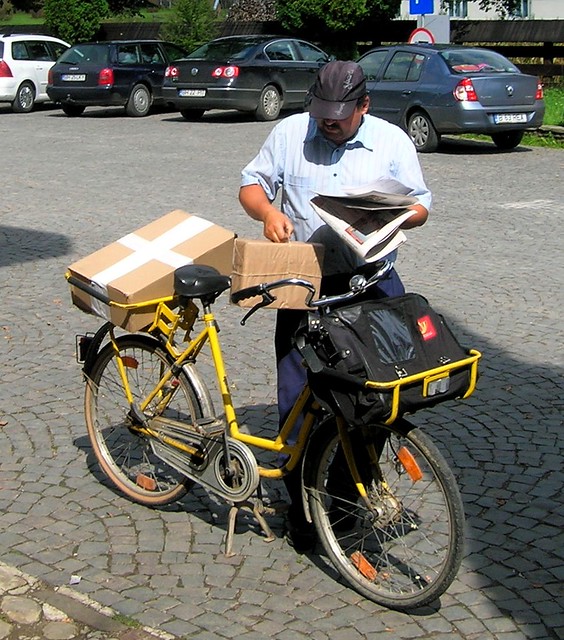 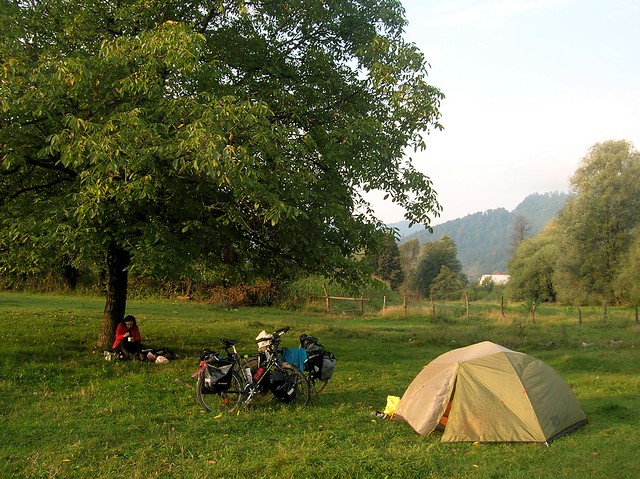 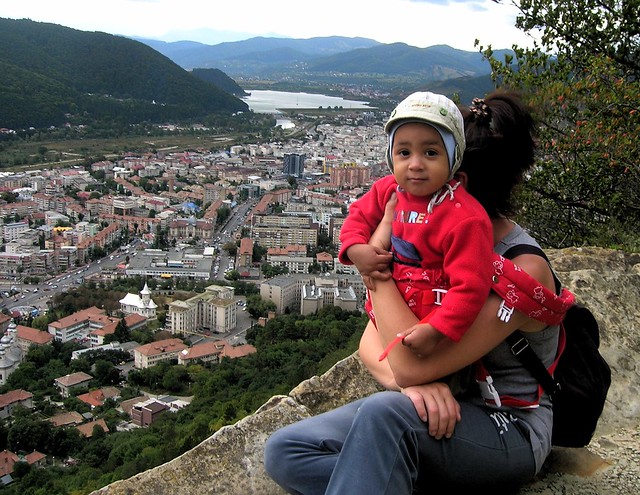 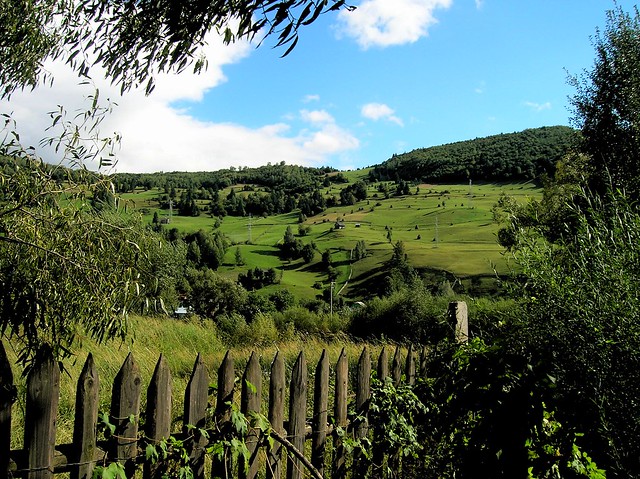 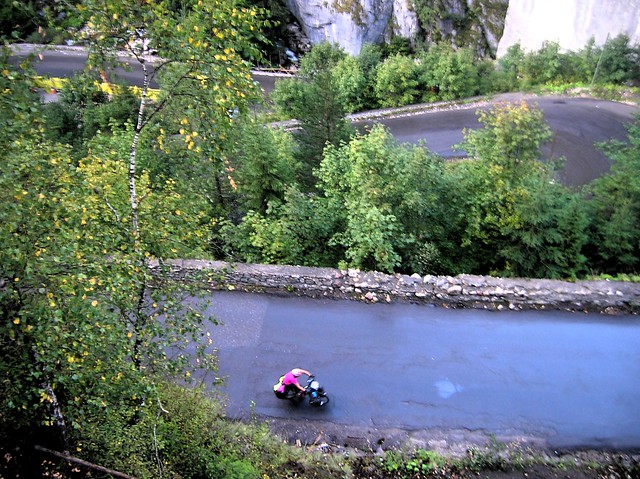 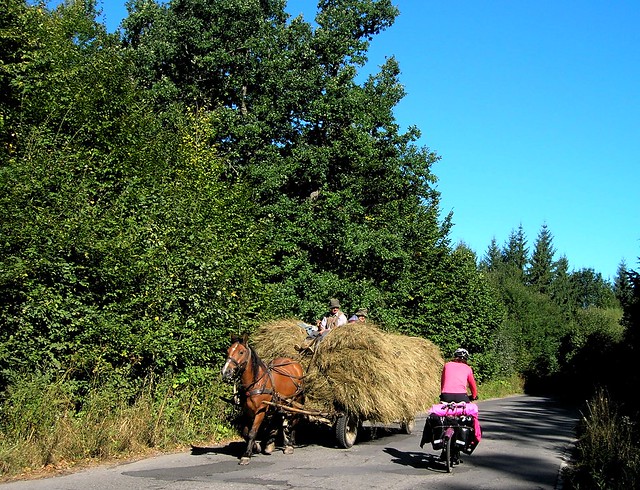 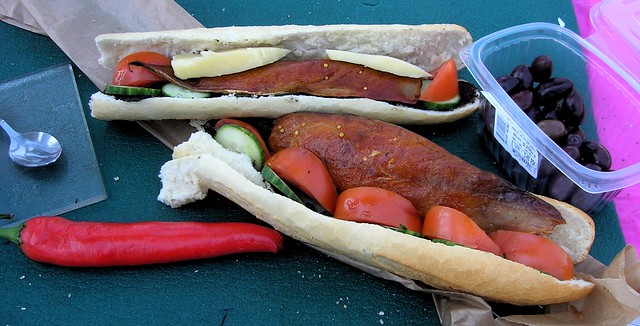 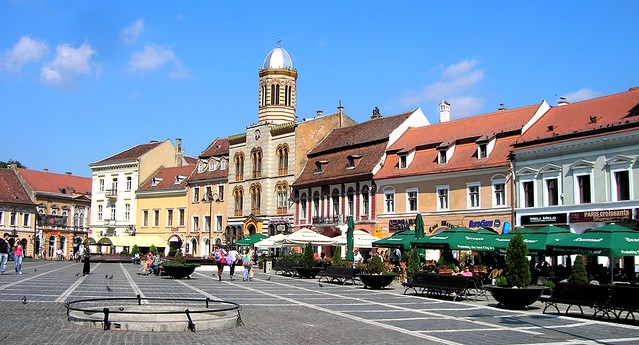 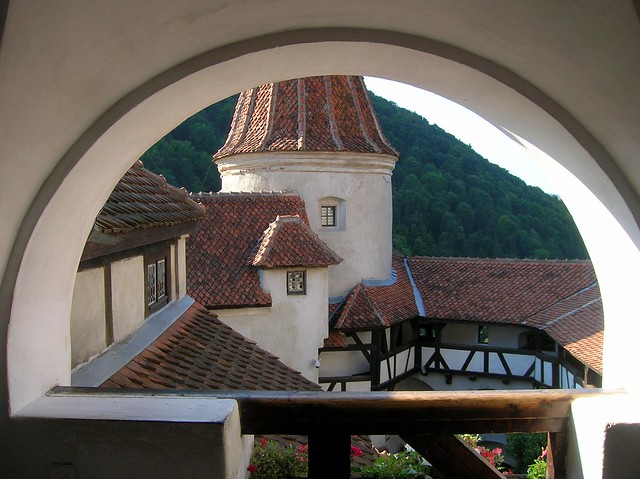 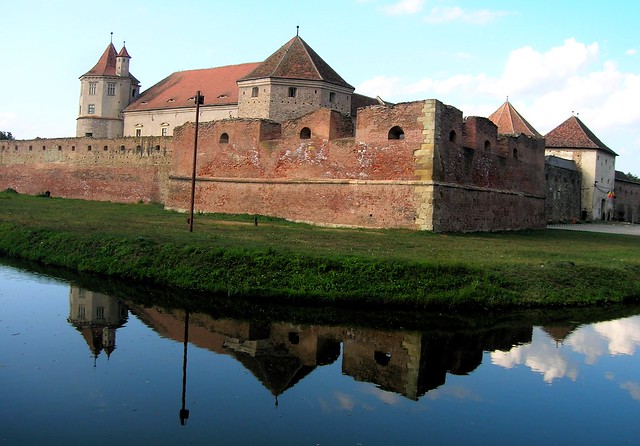 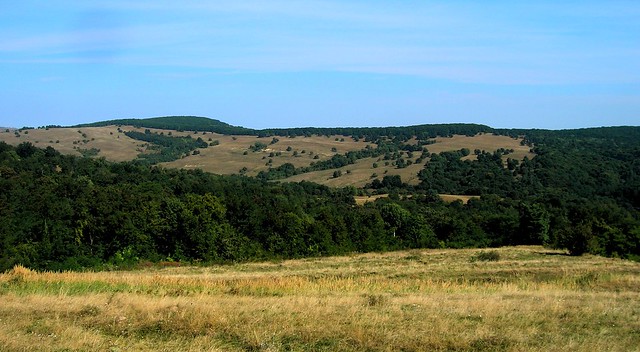 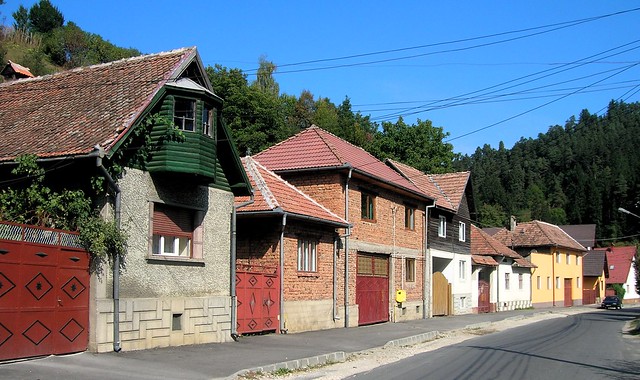