Fall colors in the Retazat Mountains

After eight days in a row of hard mountain riding, a two-day rest in Alba Iulia wasn’t enough.  I knew it but felt pushed by the continued fantastic weather.  It couldn’t last, right?

Snežana and I entered and left Alba Iulia on lousy, narrow, under-construction roads.  Why do cities need to be surrounded by such messes?  Two turnoffs from busier roads took us to us to a nice, quiet climb through the Metaliferi Mountains.  We found a wonderful, quiet, cold campsite — it was the first hard frost of the trip. 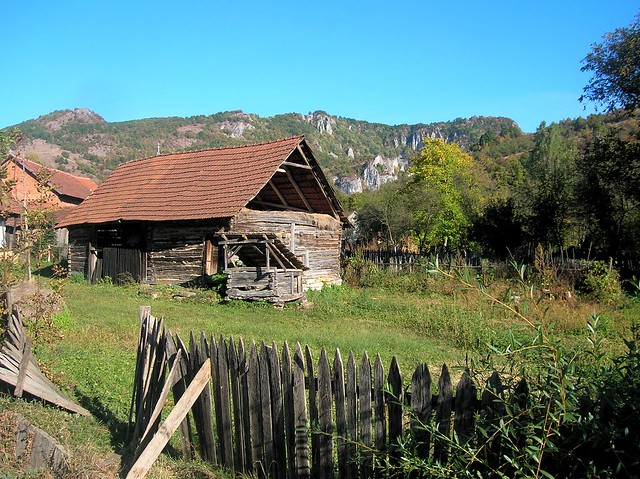 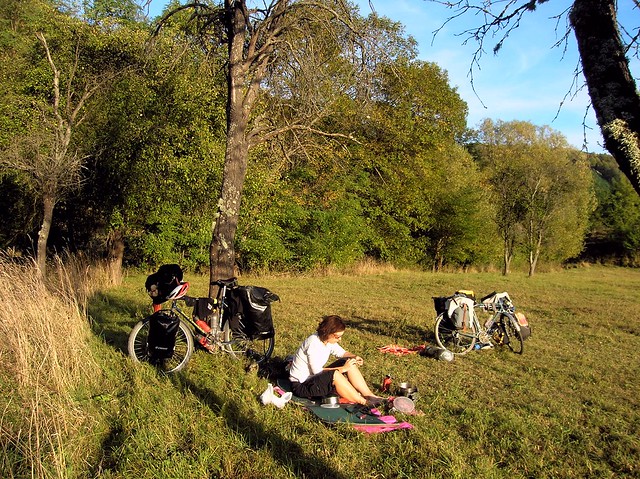 Next was a brief stop in Hunedoara to visit the castle — another disappointing Romanian castle.  I’m sure glad we spent that fun morning in Stará Lubovna: 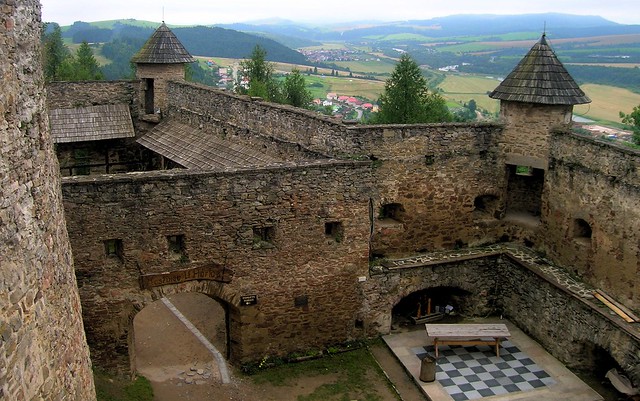 The best thing about Hunedoara’s castle is the view from parking lot: 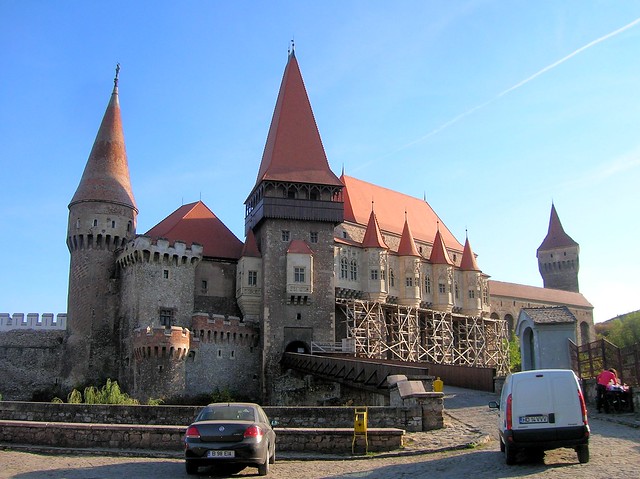 A “short-cut” on a ridiculously steep dirt road (up — had to push; down — good brakes required) took us over the eastern edge of the Retazat Mountains into the Jiu River valley.  Yikes, was this ugly!  Vulcan, Lupeni, Uricani — each better than the previous but they were the ugliest cities I’ve seen in Romania.  Don’t be fooled, however.  The high road connecting the Jiu River to the Cerna River is fantastic.  It must be the longest I’ve ever pedaled in Europe without seeing another person or a car or a village.

But first, two days in Cimpu Lui Neag where I recovered from a cold (not enough resting…).  Summer ended abruptly.  One day I was lounging around in the shade almost naked: 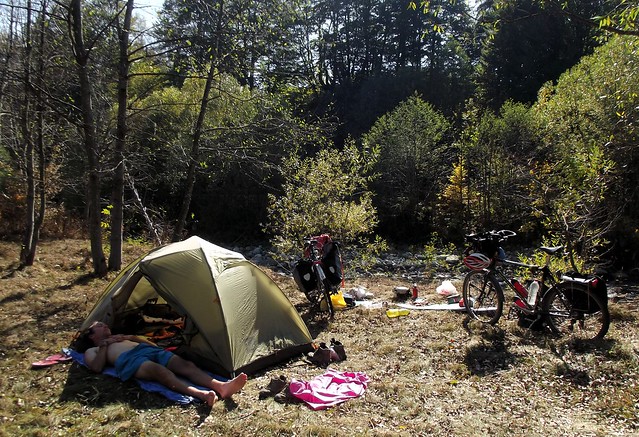 Two days later it was snowing at the top of our last pass (1365m) in Romania. 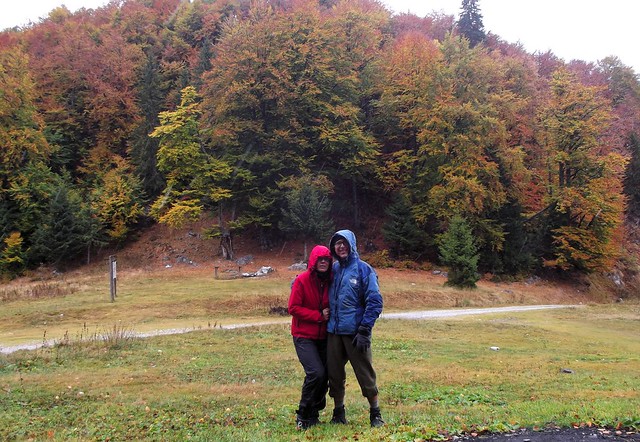 Then it was down, down, down to the Cerna River.  Fantastic dirt road touring. 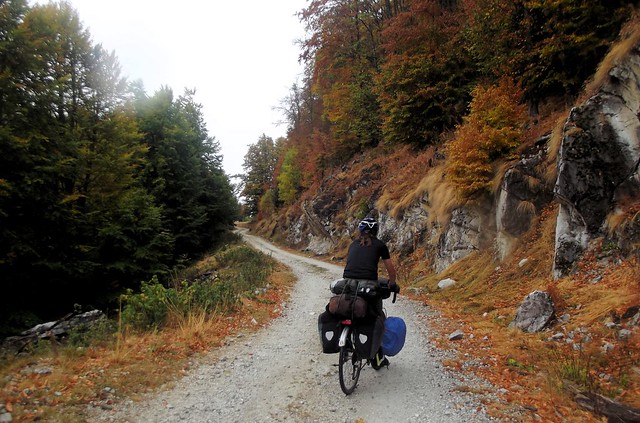 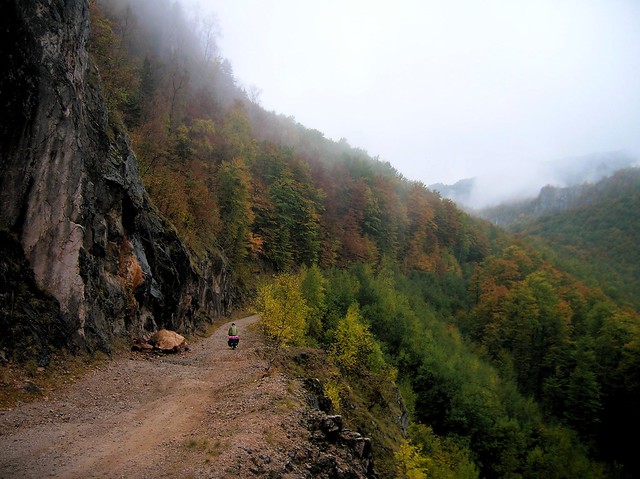 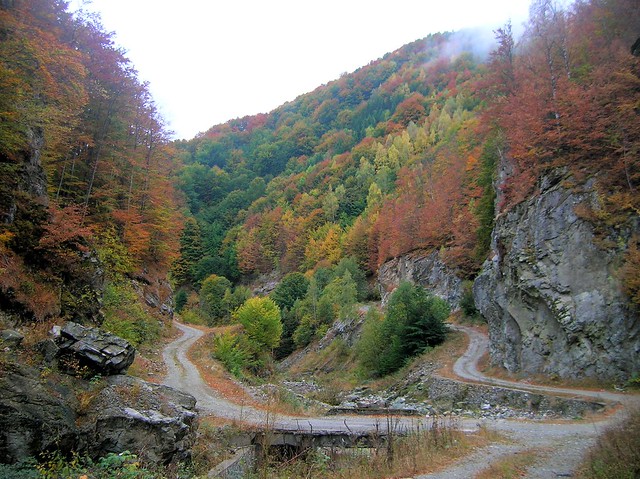 The 20 km winding around Cerna Reservoir was the best fall foliage I’ve ever seen.  At the end we were treated to views of snow-covered ridges in three directions.  It was new snow from the previous two days. 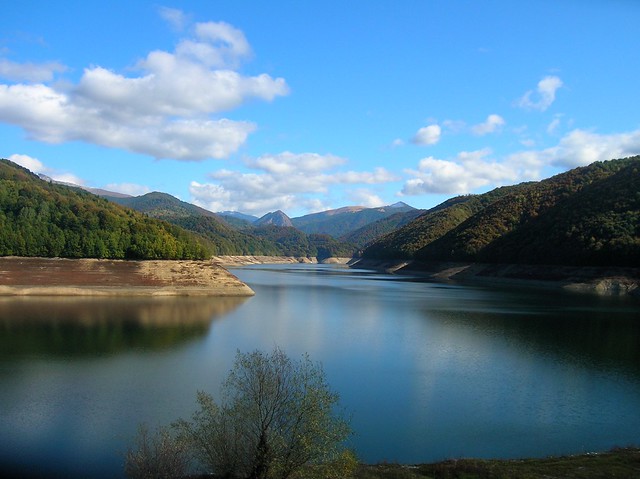 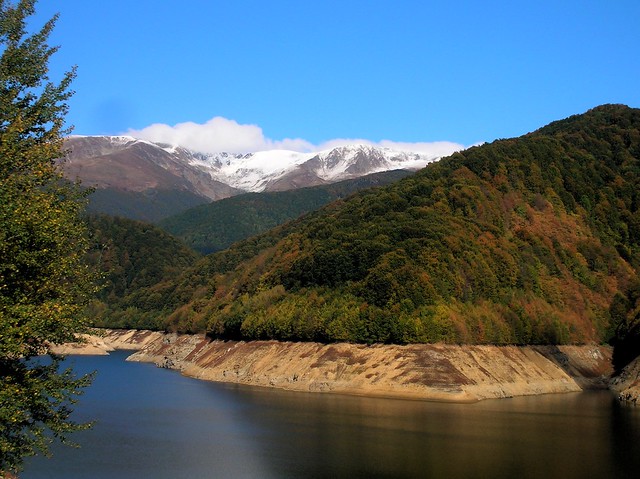 And, this being Romania, we camped that night (for free, of course!) next to hot springs in Băile Herculane.  A shower and a soak in 38°C water — ah, this is the life. 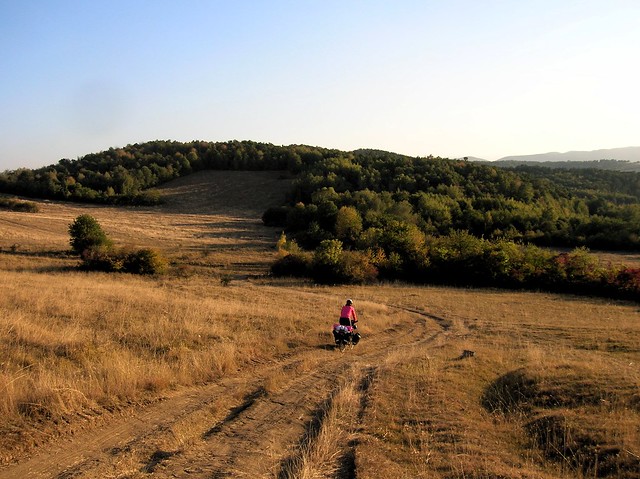 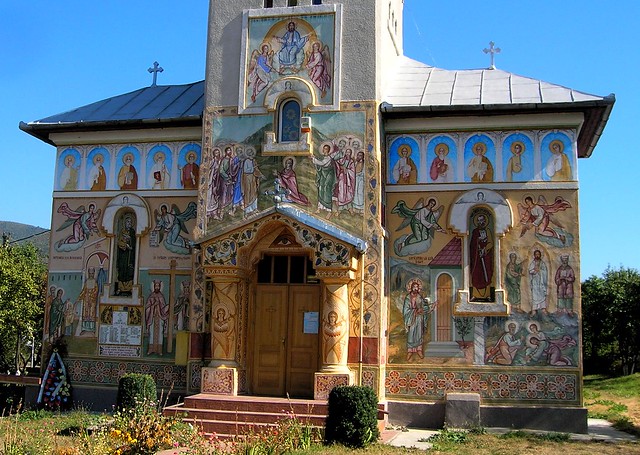 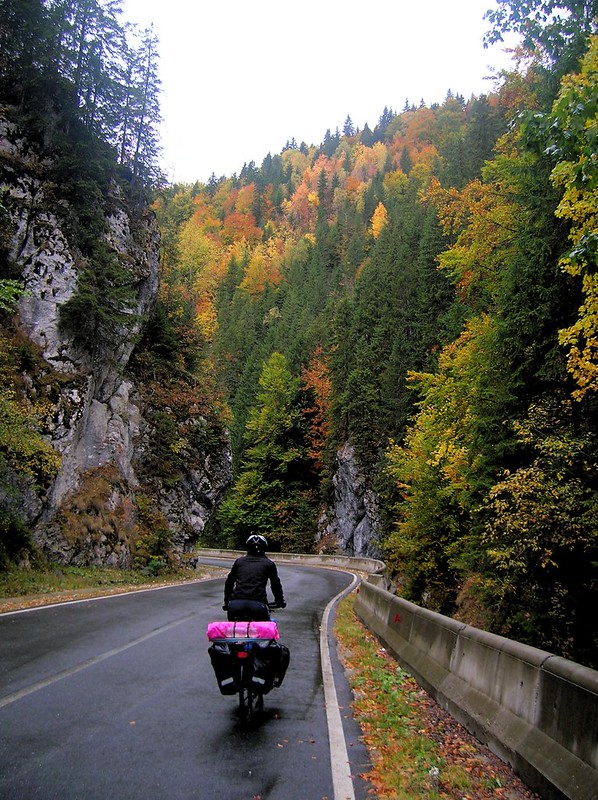 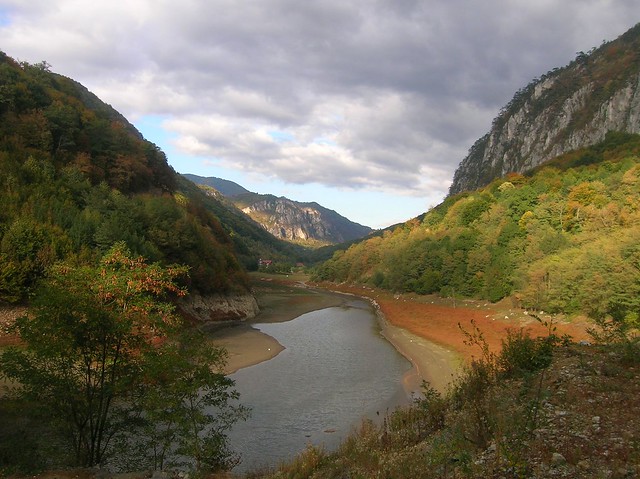 5 Responses to Fall colors in the Retazat Mountains