Perhaps one of the more unusual cultural experiences I’ve had in Antalya is attending Friday noon prayers at a mosque.  I went to three different mosques on three different Fridays with three different groups of people.  I’ve been invited again but decided it’s not for me.  It was interesting to participate in something that I’ve seen photos of, that I’ve observed from the outside, that I’ve seen on TV, that is an important five-times-a-day ritual for millions of people in the world. 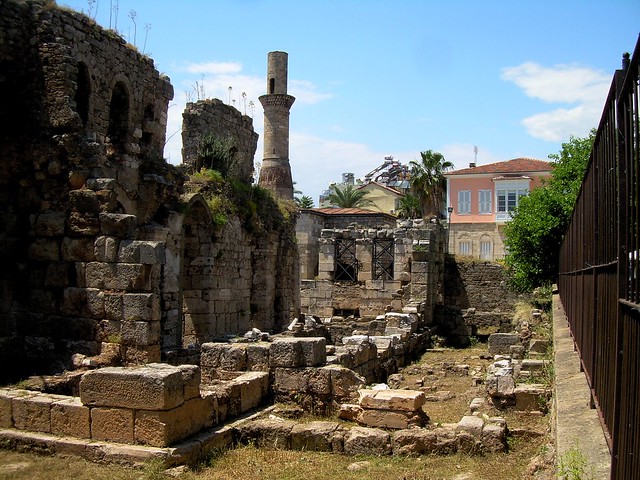 Before prayer (namaz) it is important to follow a particular bathing ritual.  I had it written down somewhere, but I can’t find my notes, and apparently I didn’t do it enough to remember.  I think you start with your nose or maybe your mouth and keep going all the way down to your legs and feet.  The washing can be done at the fountains at the mosque but can be done elsewhere as well.  After washing you’re not supposed to touch your penis or a woman, and I suppose some combination thereof is particularly taboo.

And therein lies the rub, so to speak.  Namaz is for men.  I saw no women at the mosques.  Some women pray at home.  Most woman I’ve spoken with, in my terribly biased sampling, have nothing to do with Islam.  After namaz with Murat we each went own ways as he was in a hurry to get to work.  On another occasion I joined a group for tea afterwards.  How quickly, in this male-only group, talk turned to trashy sex talk.  I left. 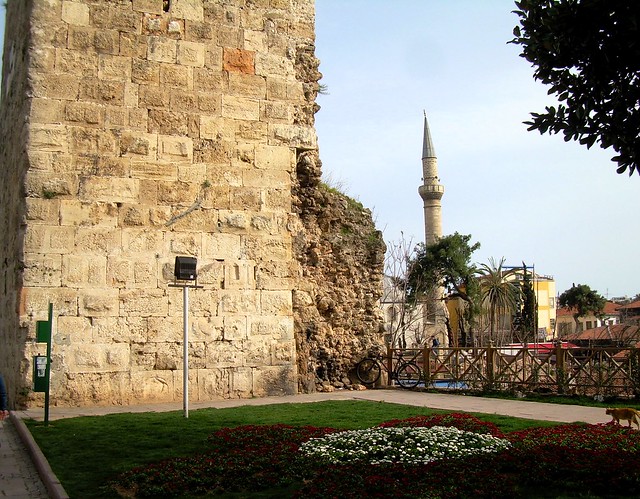 Following another Friday prayer I joined a group for a yummy lunch prepared by one of the guys that didn’t bother going to the mosque.  And that is one thing I like: of the people at lunch that day half had been to pray, half hadn’t, and it didn’t seem to matter.  However, there was one woman around during that lunch.  She ate in the kitchen instead of at the table with the rest of us.  When she asked for more food (since it was on the table, not in the kitchen), one of the guys made sure everyone had enough and then gave her more.  Aaack, I hated seeing this, and it was for me probably the most uncomfortable situation I’ve been in in Antalya.

While on the mosque subject, I should at least say a little about ezan, the call to prayer that I hear five-times-a-day.  I’m listening to it right now as a matter of fact, and, haha!, it’s the Friday noon prayer!  When I arrived in Turkey in February, the days were shorter of course, and the first ezan was at about 6am.  It’s two hours earlier now and gets a little earlier every day (until the solstice).  How do they do this north of the arctic circle??!!  Anyway, I’ve read about people getting used to it and sleeping through the early one, but after almost four months I’ve rarely managed that. 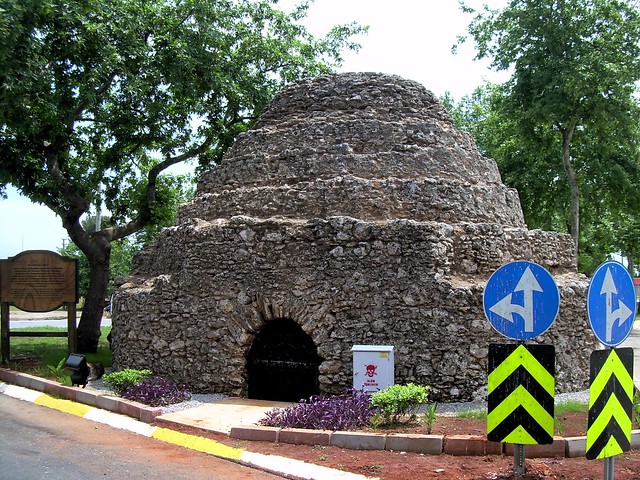 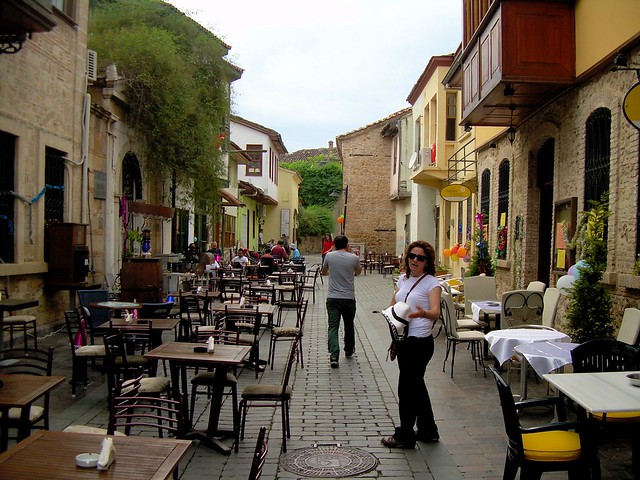 I suppose the thing people in Boulder do most religiously is their exercise regime, particularly climbing.  Even though there’s some good climbing near the city, most people in Antalya would find the crags and the climbing scene there as exotic as the Islam experience was for me.  I was invited to go climbing one day after class by Louise, a fellow Turkish-language student.  We bicycled much of the ways to the crags to a friend’s house and from there continued (up) in a car. 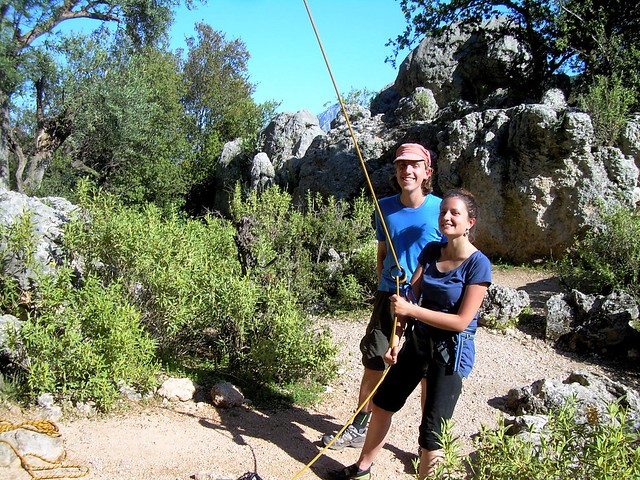 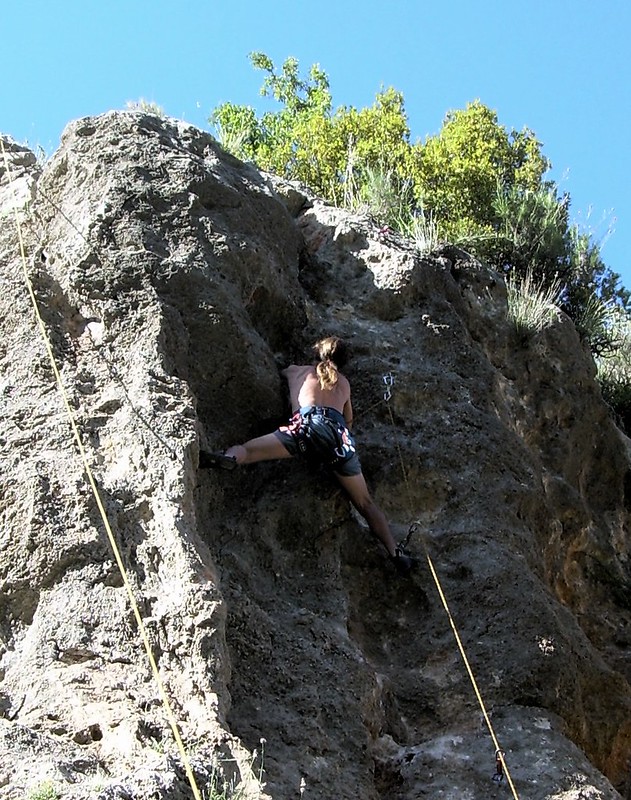 It was my first time on the rock since leaving Colorado.  We only did two short sport routes, but it was really fun to get out.  Everyone was from France, even the folks who were leaving the crag when we arrived (!), so I got a chance to practice my French.

Speaking of French and rocks, the French woman, Collette, whose house I’m staying in returns from France in a day or two so I’ll be scrambling around looking for another place.  I’m actually hoping to leave Antalya soon, but sadly I still don’t have a bike.

Here’s what it looks like just outside Collette’s front door: 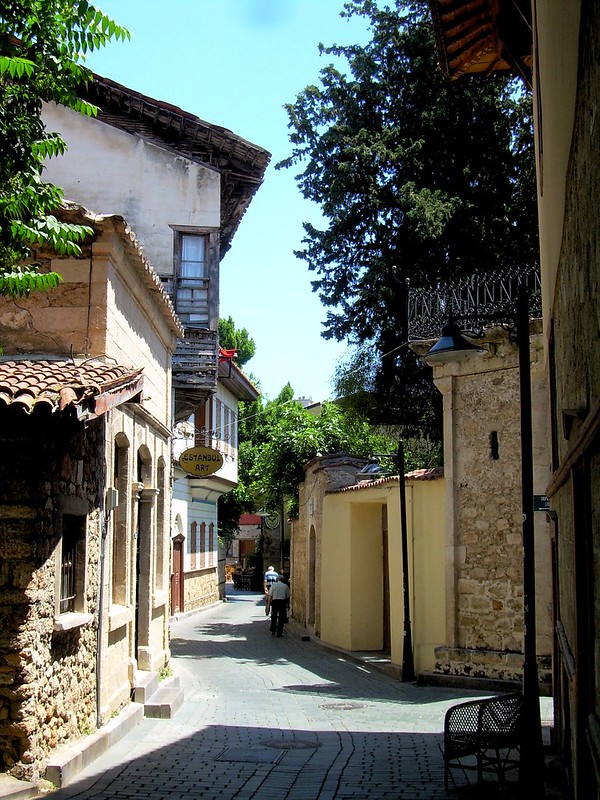 10 Responses to On religion