Jack sent me off from San Cristóbal de Las Casas with a hug, a smile, a wave, and probably a snicker or two as I set off on my single speed with no pump to find a dirt track that didn’t even exist on my 1:250,000 INEGI map.  My destination was Acala, not far from San Cristóbal, but about 1500m lower and a world away. 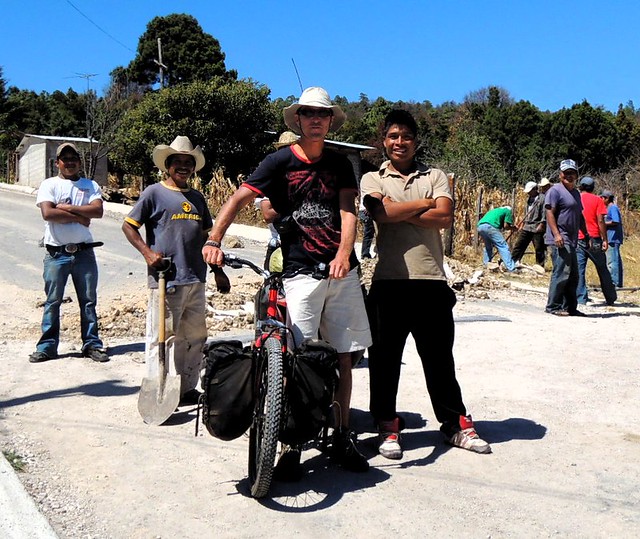 didn’t even try to suppress their laughter when they pointed out the descent.  They had asked a typical Mexican question: “what do you do when you get a flat tire?”  “Well, uh, normally, I carry some patches and a pump, but, well, you see, I left my friend in San Cristóbal, and he had the pump.”  “The track’s rough, good luck,” they laughed.  No problem, I have patches, I thought.  I didn’t bother saying it out loud, however.  I’d heard enough laughter. 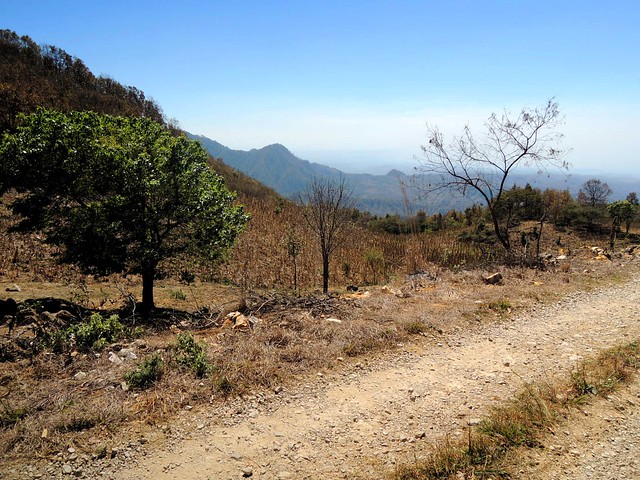 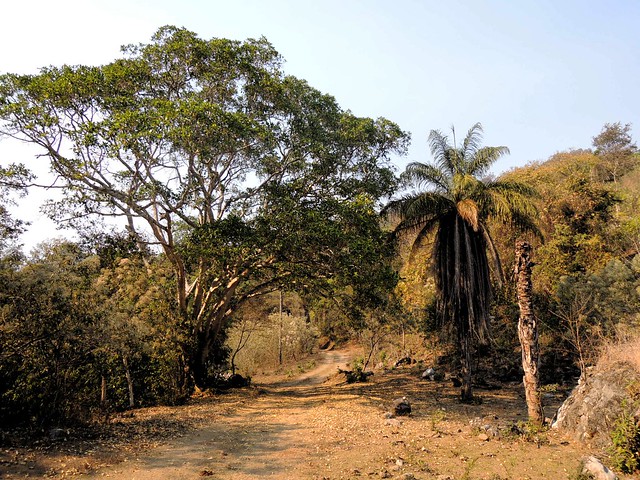 I lucked out with the flats (none), and of course a single speed is far more comfortable on the descents than on the climbs.  The rear derailleur became useless just before the biggest climbs into San Cristóbal.  I was confident it would suffice to Tuxtla Gutiérrez.

But, first, Acala.  Here my goal was to find Pepe’s parents who I hadn’t seen in over 20 years.  In 1990 I studied in Guadalajara with Pepe, from Chiapas.  He was from a village on the Río Grijalva SE of Tuxtla Gutiérrez, namely Acala.  When the semester ended, we took the bus from Guadalajara and spent Christmas with his family.  Over the years we lost contact, and I figured the easiest way to get back in touch was searching them out in Acala.

As I rode into the main square, I passed a house nearby and thought, “hey, that could be the house!”  There weren’t many two-story houses in the village so that was a big clue, but still, it surprised me later to learn that I really did recognize the house after so many years.  At the main square I met an old man who knew the family and knew that Pepe’s parents had both died.  He introduced me to a woman who not only gave me Pepe’s phone number (still in Guadalajara), but even remembered me from my last visit to Acala!  Later, I stopped by the house and met Pepe’s younger sister’s daughter and husband.  Wow, she was a little kid when I was here last! 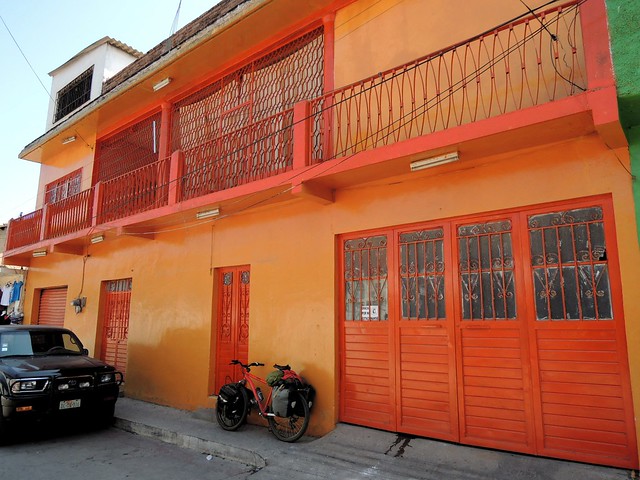 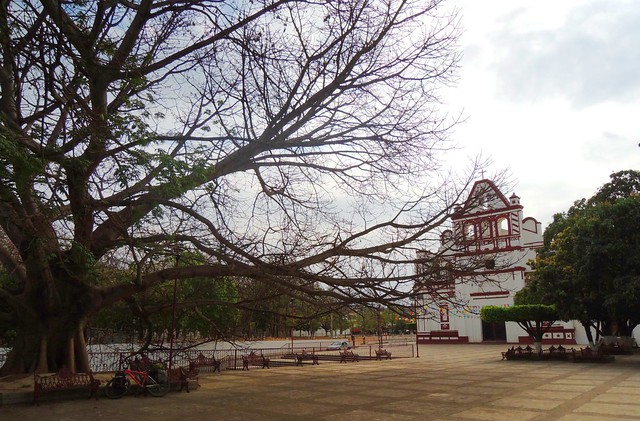 Of course, it was sad to learn that Pepe’s parents had died before I got to see them again, but now I’m back in contact with Pepe and have a great excuse to return to Guadalajara after more than 20 years.

That’ll have to wait for the next trip to Mexico, however.  From Tuxtla Gutiérrez I took the bus to Mexico City and had about two days there before I flew back to Turkey.  Taking the bus with my loaded bike was easy.  I didn’t even have to remove the bags from the bike, and they didn’t charge anything for excess baggage.  Wow, it doesn’t get any easier than that.

My last days in Mexico were spent visiting murals — first (for the second time :)), the ones at Ciudad Universitaria (yet another Mexican UNESCO World Heritage Site!) and then at the Secretaría de Educación Pública (SEP) near Plaza Santo Domingo. 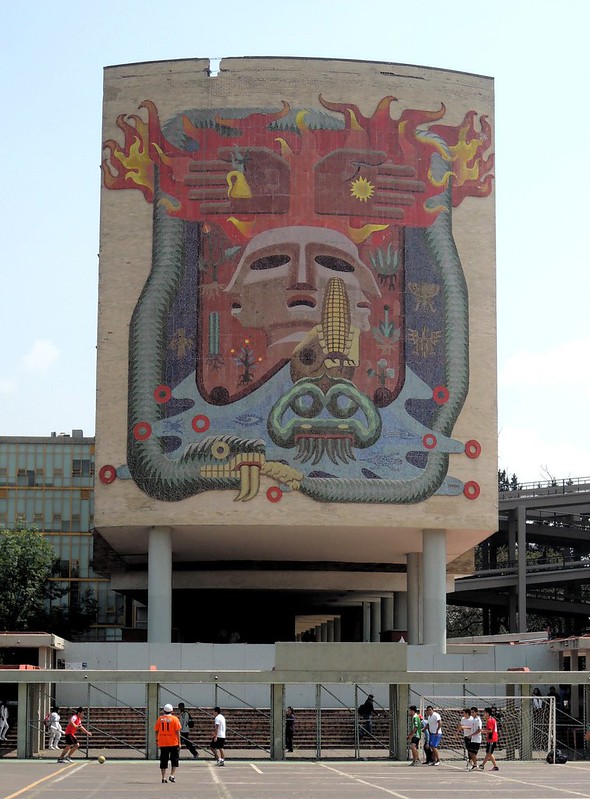 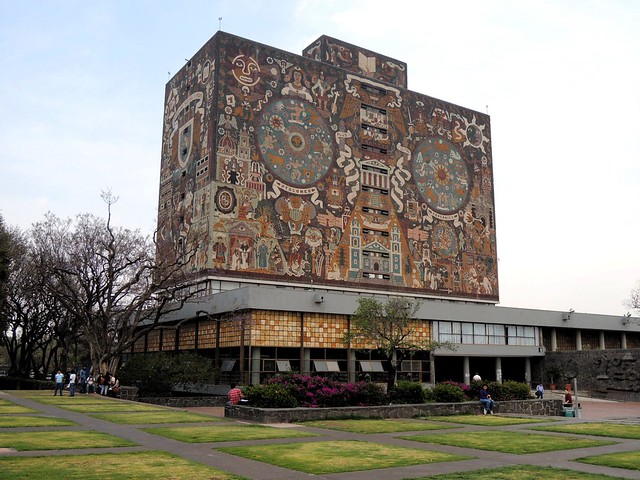 One of the conversation topics that I had come back to repeated times during my visit in Mexico was the continued poor quality of Mexico’s school system.  Every president for the last 20 years has promised to take on the powerful teacher’s union (SNTE) so the announcement that Elba Esther Gordillo, SNTE’s 25-year-long boss, was going to jail was rather a surprise to me.  Surely there must be quite the buzz about this news in SEP.  Well, as a visitor, even shortly after the announcement, I noticed nothing.

The murals and the building itself amazed me.  There must be 120 Diego Rivera mural panels set around a couple grand courtyards.  Entrance is free, guided tours too, though I got there too late in the day for the tour.  I’ll have to go back. 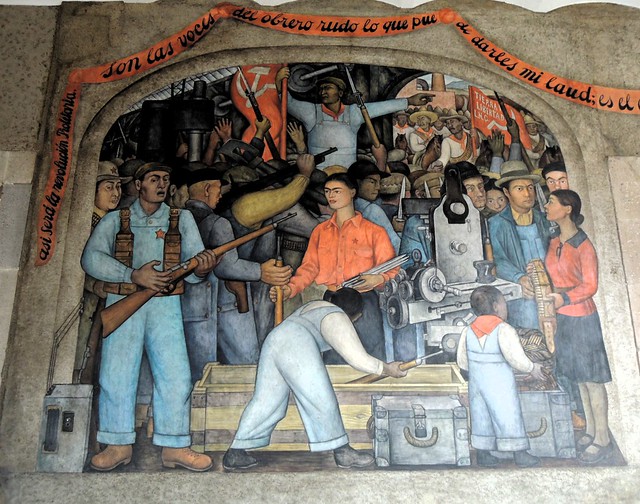 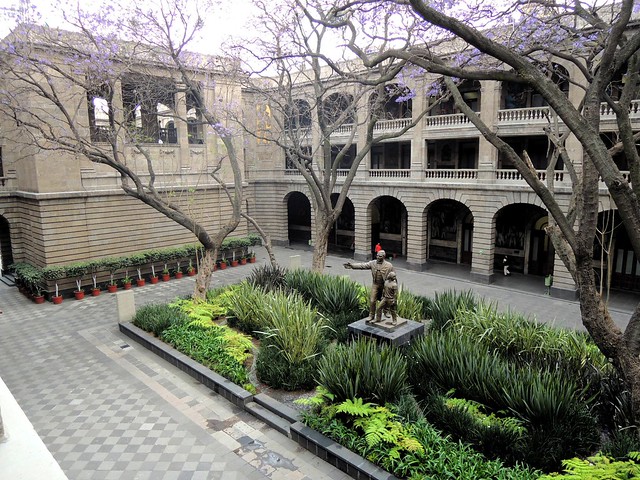 By the way tours are available at Ciudad Universitaria also.  They start near La Rectoría which unfortunately was toward the end of my self-guided tour.

It was a fast 32 hours to get from Mexico City to Antalya.  My luggage took the same flights I did, and no one asked me about the 4.2 liters of tequila in my luggage.

Here’s my cycle route in Mexico: 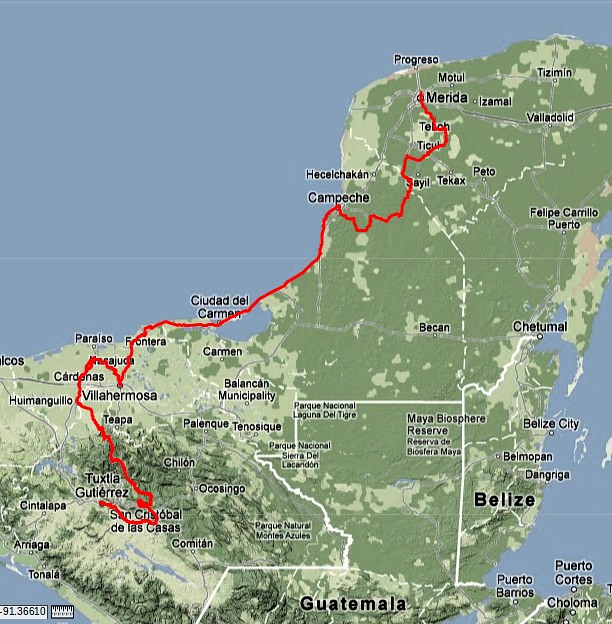 and here are a few more photos from the bike trip. Jack took these so there are more of me than usual. 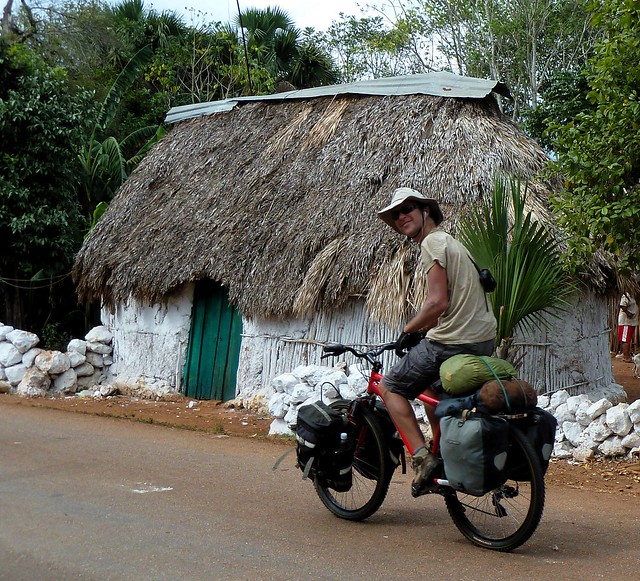 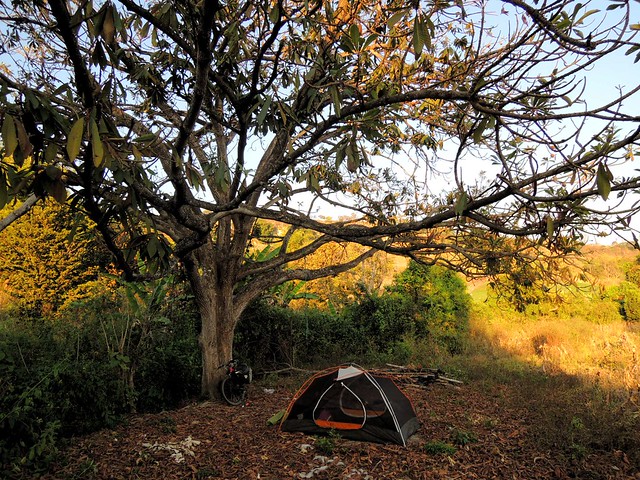 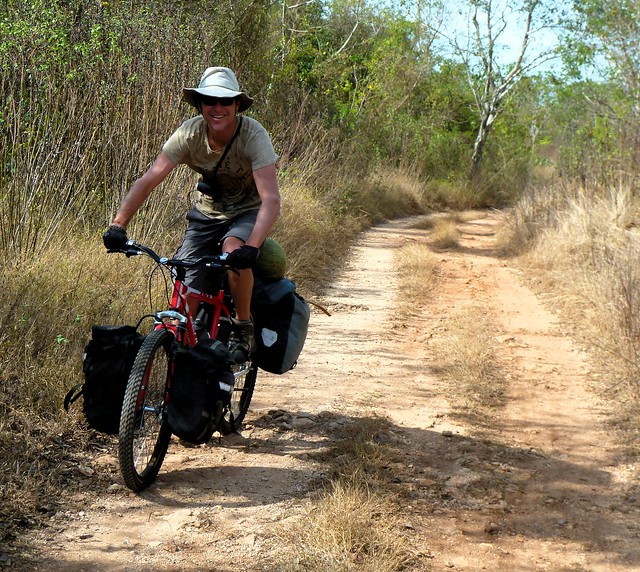 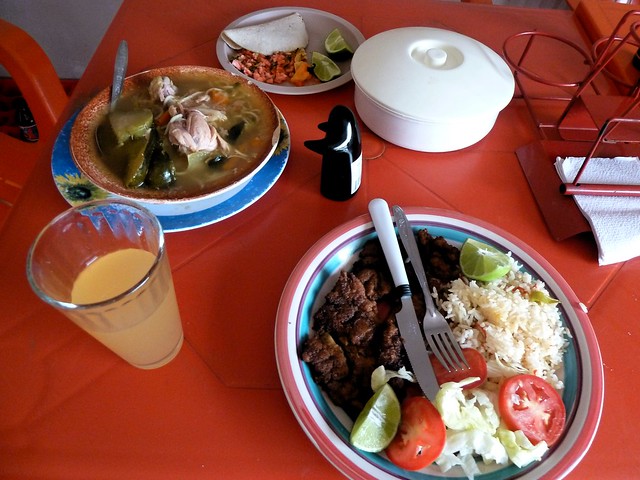 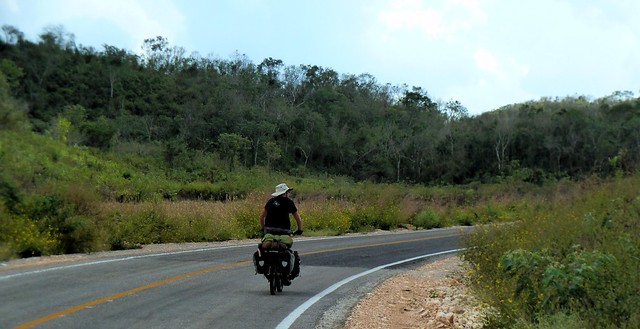 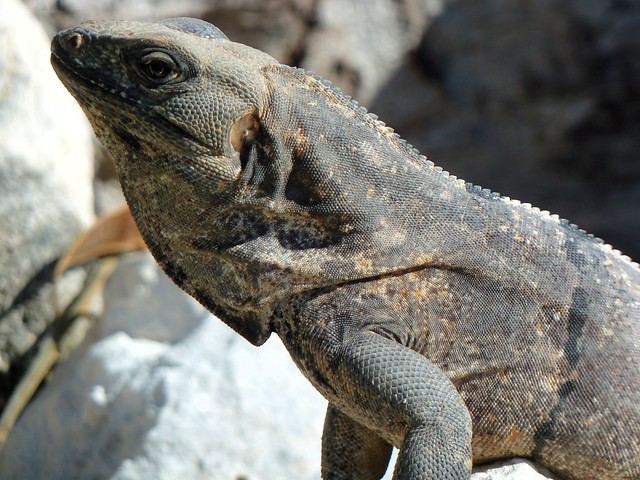 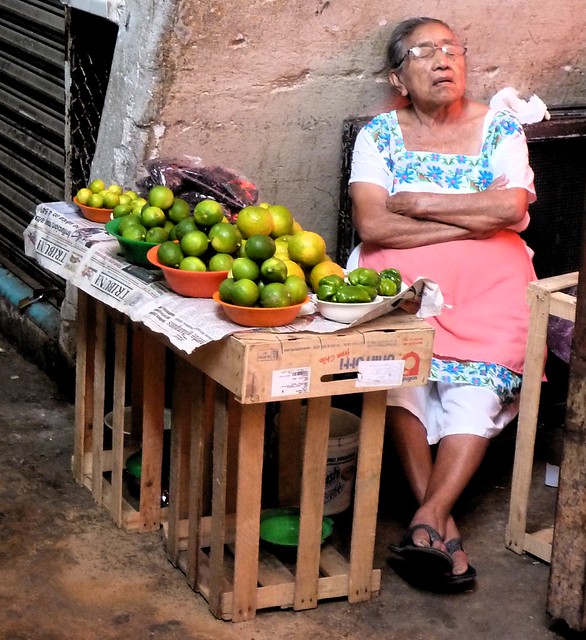 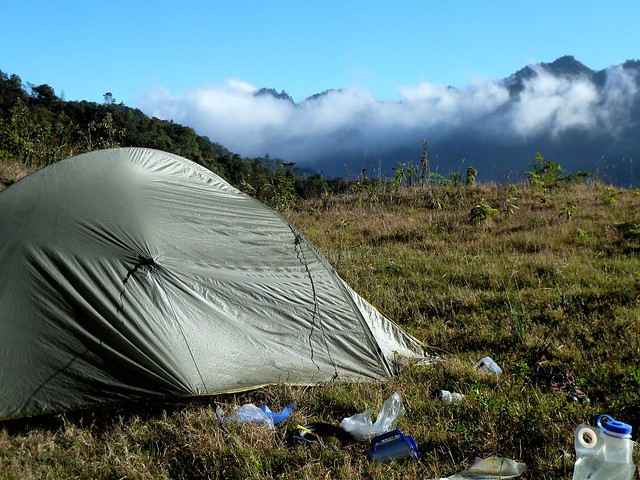 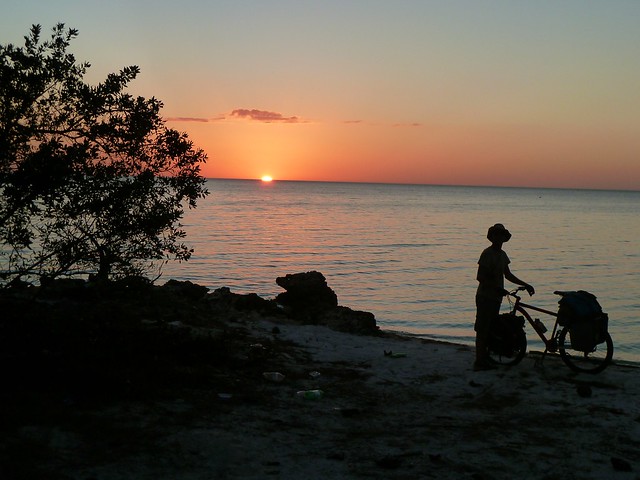 1 Response to Wrapping up Mexico