Cyclists in Antalya (and a little cycling too)

I don’t really have any travel stories.  Instead I have some small world stories.

I’ve spent a bunch of time wandering around Antalya looking for a place to stay for a month or so.  One day I met Charley, a British cyclist, who’s been on the road 2-3 years now.  We got on the topic of slow cycle tourists, and he couldn’t help but mention Laurens who “spent nine months cycling through Turkey.”  Hmmm, what am I supposed to think about that?  I spent nine months in Turkey last year, and now I’m planning a little four-month tour for later this year… 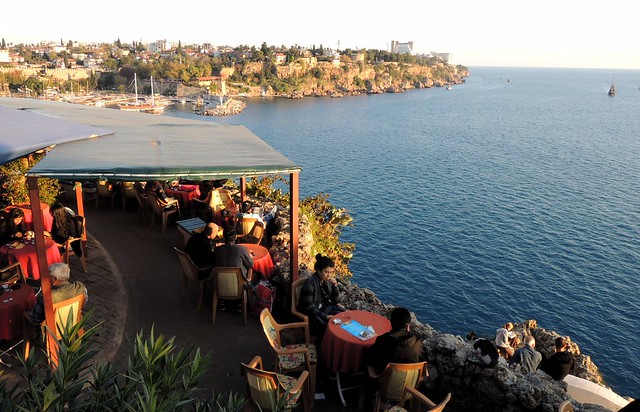 Charley had spent some time with Laurens in Iran, and I was excited to hear some news about Laurens who I met in Antalya last year.  To make the small world story even better, the next day I was catching up on Will’s blog, a cyclist who I met in Erzurum last summer.  He’s met up with Laurens, and they’re part of a small group that will be cycling the Pamirs together shortly.  It’s a small, small world!

On my second Friday night in Antalya I went to an expats trivia night at the Shaker Pub in Kaleiçi.  It was my first time at one of these expat functions even though I first heard of them over a year ago.  There are heaps of expats living in Antalya, but this is an English-language group so it’s perhaps not surprising that I met more people from the US that night than I did in four months in Antalya last year.  A majority were English teachers.

Of course I sought out the cyclists as well.  One was Rose who cycled from Britain to Antalya with her partner, Jim.  Later I checked out their website and was surprised to see that they had cycled with Rhiannon, another cyclist who I met in Antalya last year.  A little more blog research, and I learned:

What a small world (again), and then I remembered that Rhiannon had asked me about cycle route advice through the Balkans.  I found that e-mail and read that the strongest piece of advice I had was not to miss Bay of Kotor.  Maybe they listened?! 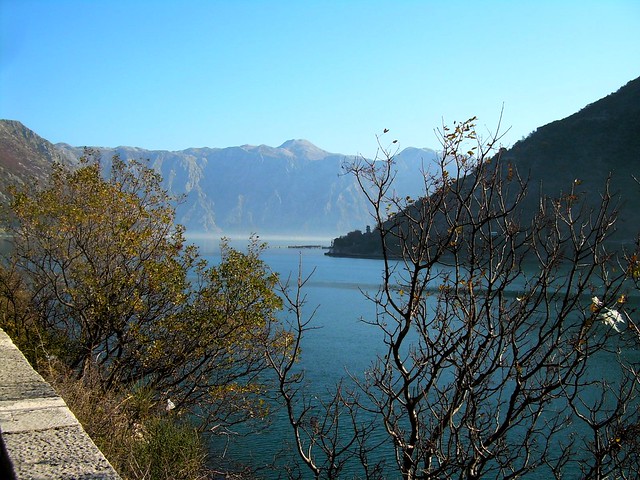 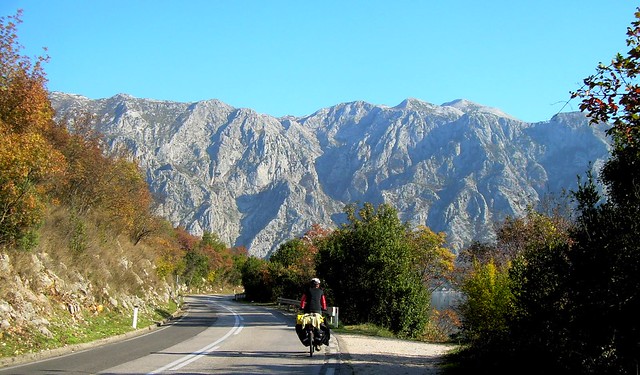 Rose wasn’t the only cyclist I met at the trivia night.  Suhaib from Erbil (Iraq) was on my team.  He was in Antalya for a short holiday and asked me about bike rental options in the city.  He wanted a bike for three days, he said, to cycle from Antalya to Kaş.  Wow, I thought, that must be a tough three-day ride.  Even sticking to the most direct route, the paved coastal road, it must be 200km with some big climbs.

Suhaib and I decided to do a one-day ride from Antalya together.  I had thought about a casual ride but decided on Güver Uçurumu.  It’s a great ride, probably not for beginners, but no problem for someone who bikes from Antalya to Kaş in three days.  Well, haha, maybe you can see where this is heading, I mean, besides the beautiful canyon.  I estimated 4-5 hours.  10 hours after leaving we were back in Kaleiçi! 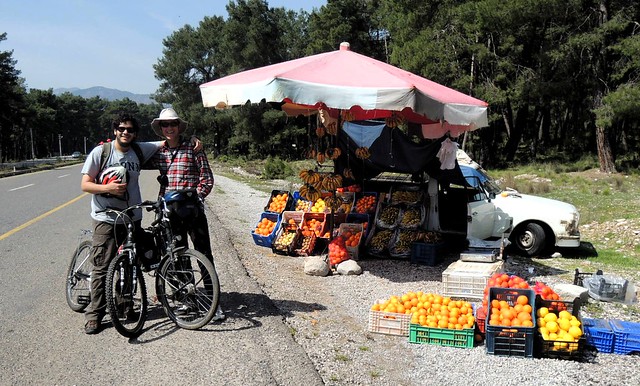 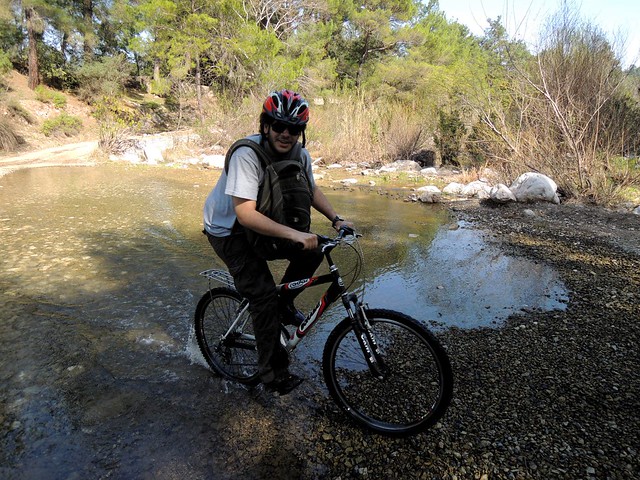 Suhaib’s idea to bike from Antalya to Kaş was just that — an idea, a dream perhaps.  When we got to the turnoff from the highway, I gave him the option of turning around and warned that it would be a long ride to follow the dirt road through the canyon at the pace we were keeping.  He wanted to continue.  In the interest of full disclosure, I must say that I did tell Suhaib that we were just starting the best part of the ride. 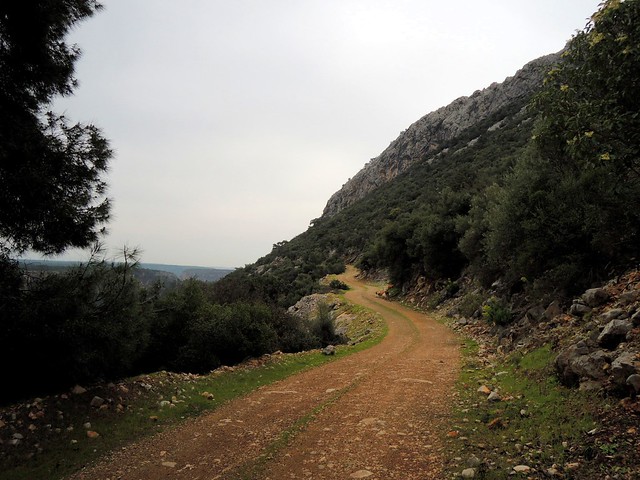 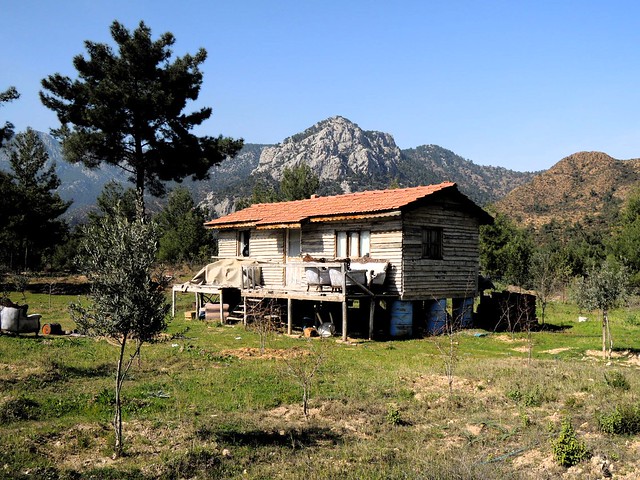 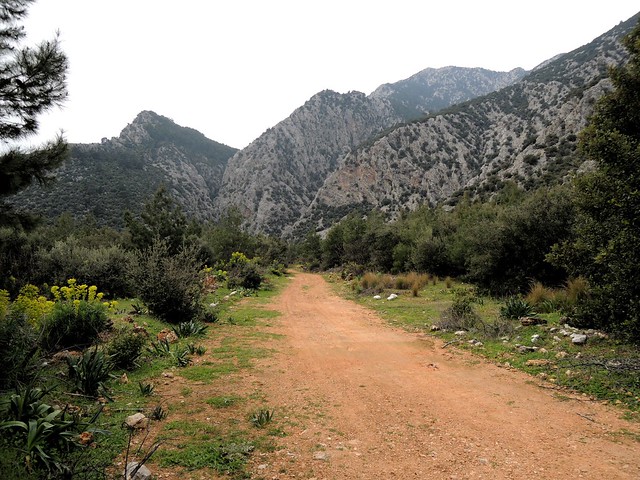 I’m pretty sure he had a good time.  I’m not sure that he’d do it again.  I hope he hasn’t given up cycling for good.

Shortly before the dirt road turnoff, we stopped and chatted with Cem, asking him to take a couple photos of us.  He spoke very good English, a bit of a surprise for a roadside fruit seller.  Well, he was surprised to meet an American and an Iraqi travelling together.  Aren’t you supposed to be fighting or something?

Haha, we laughed, and we explained how we had met a few days earlier in Antalya.  Ah, Turkey, the bridge of peace between Iraq and the USA, he said, and he insisted on giving each of us some fruit saying, “bananas for peace!” 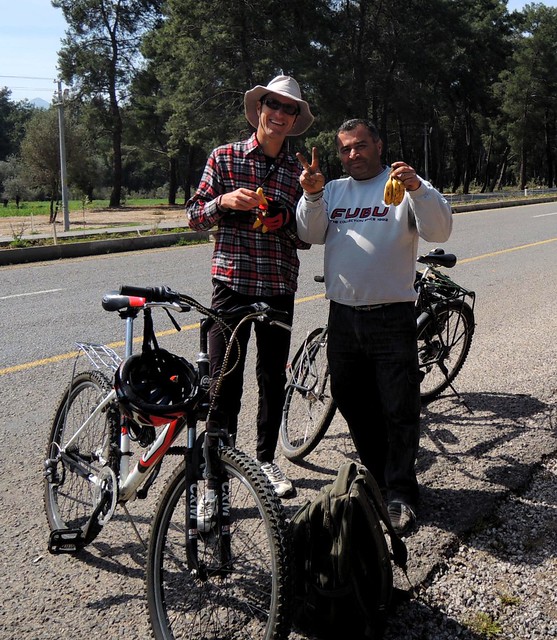 This entry was posted in Bicycle touring, Turkey and tagged Antalya, Güver Uçurumu. Bookmark the permalink.

3 Responses to Cyclists in Antalya (and a little cycling too)