Given the amount of time I’ve spent in Antalya (about 6 months now), I’ve done surprisingly little exploring nearby.  I’ve certainly travelled and visited more places in NE Turkey than I have in Antalya İl (an İl is somewhat analogous to a US state; Antalya İl is about the size of New Jersey (or Belize); Turkey has 81 İls, and they’re all named after their capital city).

A couple weekends ago, however, I did get out of the city.  On Saturday I went with two friends and climbed on some of the quickly melting snow.  We summited Alabelen.  Alabelen is certainly not the biggest or most prominent mountain that you can see from Antalya.  As a matter of fact, from most of the city you can’t see Alabelen at all because the foreground peaks (mostly Geyiksivrisi) block the view.  Tunç is the big, snow-covered peak that provides such a beautiful, snow-covered backdrop to the city in the winter months.

Here’s Tunç from the summit of Alabelen: 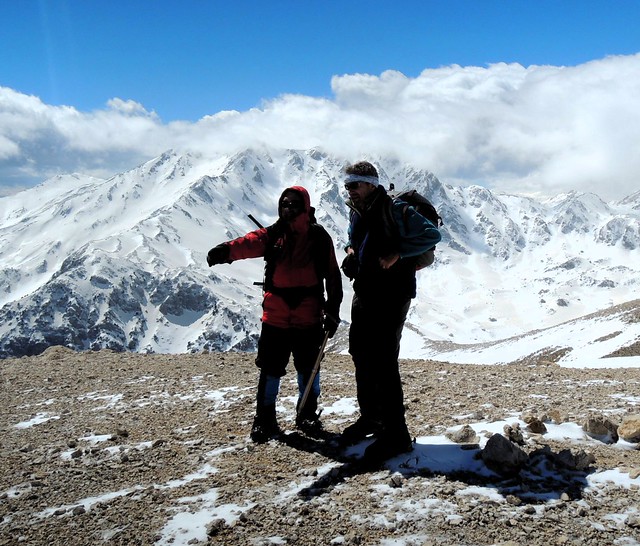 Terry, Cemalettin, and I set off from Antalya around 6:30am to climb Tunç.  We drove up to Feslikan Yaylası, a typical Turkish yayla in that no one’s there in the winter.  We had planned to drive passed the yayla to get close to the base of Tunç.  However, ice on the road stopped our vehicle progress.  We parked and proceeded on foot.  The weather was rather cold and windy and given how far we still were from Tunç, we made the decision to climb Alabelen instead.  Or rather, I should say that Terry and Cemalettin made the decision.  It was my first time there, and I didn’t know how long or far anything was. 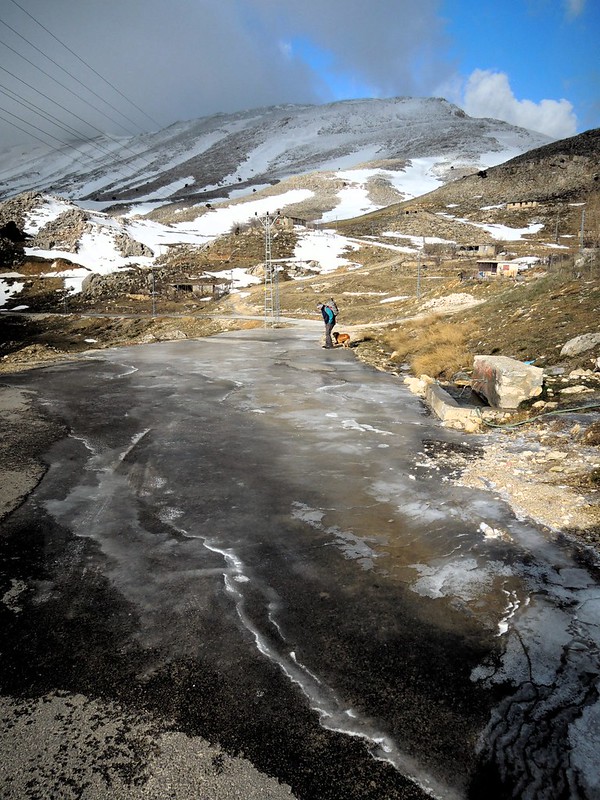 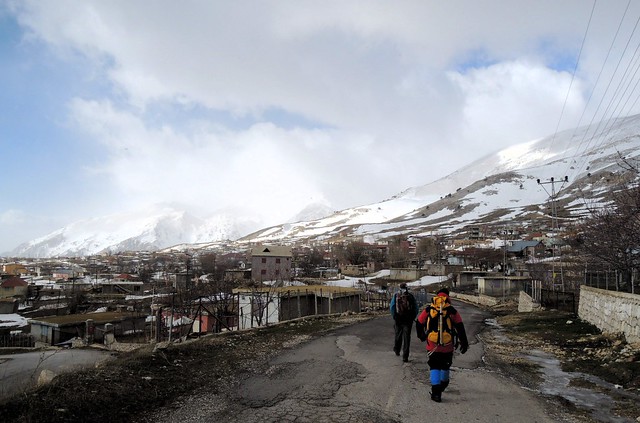 It turns out that a snow climb on Alabelen is a bit like climbing Skywalker Couloir on South Arapaho from Boulder — you don’t have to get up very early, and you can be back in the city for a late lunch if you don’t dilly-dally too much.  Skywalker is steeper and shorter than the climb we did on Alabelen.  It was a Saturday in spring with a cold enough night for perfect crampon conditions, and we were the only ones there.  This is so typical in Turkey.  There are super mountains with fairly easy access, but very few people venture from the main roads. 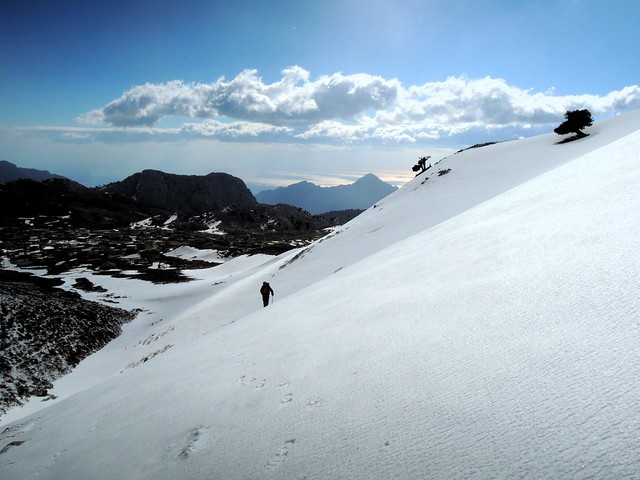 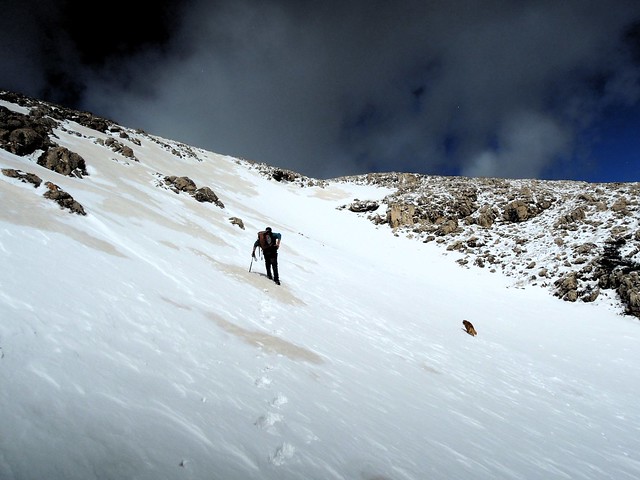 It was a fun climb and felt great to be out on the snow with an ice axe again for the first time since I was in the Kaçkar last July. 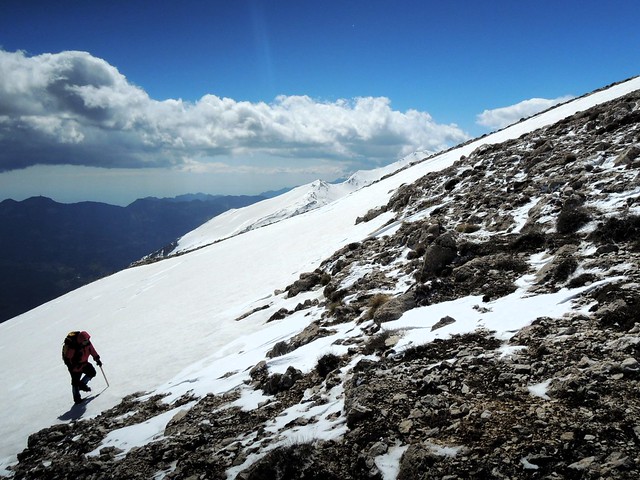 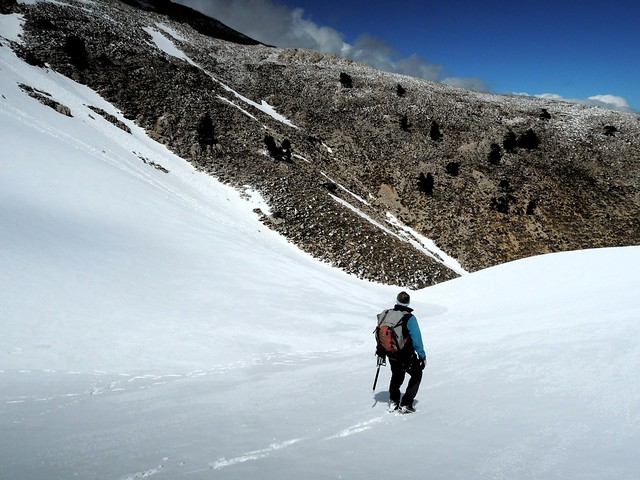 The following day was another good excursion, this time to Yanartaş, a slightly more popular outing from Antalya.  Our first stop, however, was Çıralı beach, which in spite of great weather we had just about to ourselves.  Again, wondering what Turks are doing on the weekends…

This time I went with four school teachers — Levent, İbrahim, Gül, and Ebru.  Ebru sort of acted as our unofficial guide explaining some of the history of the ancient sites we visited and making sure that we had enough wine in our backpacks. 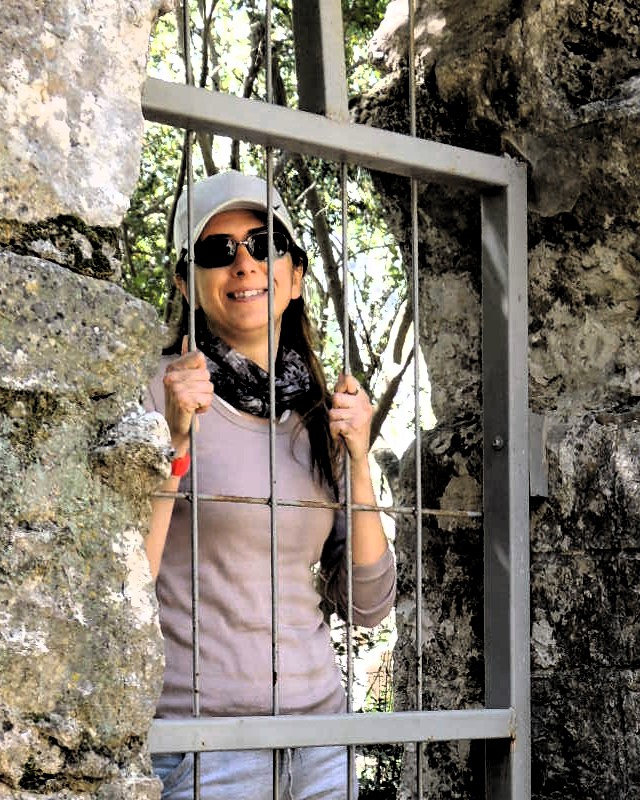 It was a casual day which was great after the slightly early start and slightly tiring day the day before.  (Yes, this easy living in Antalya is making me soft.)  From Çıralı we visited the ancient city at Olimpos.  I had been there once before but didn’t see much of the ruins.  This time we saw a bit more, but I think there’s still a lot more to see there.  I’ll have to go back.  It’s really not all that far from Antalya. 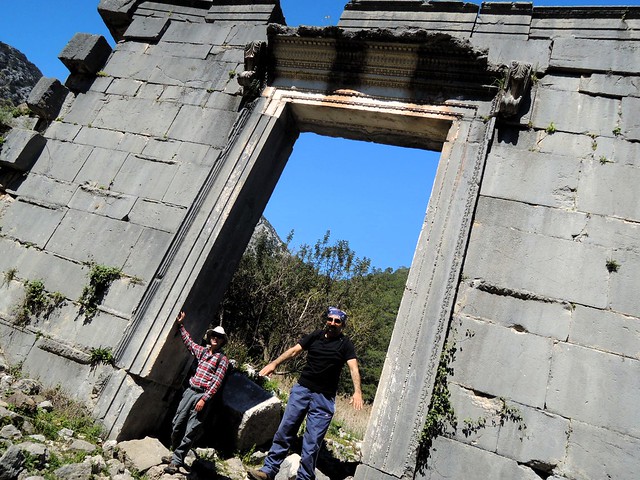 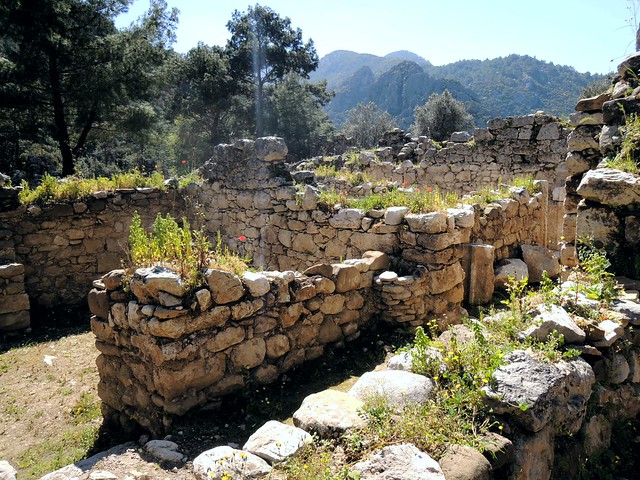 Our main lunch stop was at Yanartaş where natural gas escapes from cracks in the rocks and creates eternal flames.  I believe this is because a dragon was killed there in Greek mythology.  Even though Ebru spoke very clear Turkish, I still understood less than half of what she said during her historical explanations.  If she covered the geologic explanation of the natural gas source, I missed that entirely. 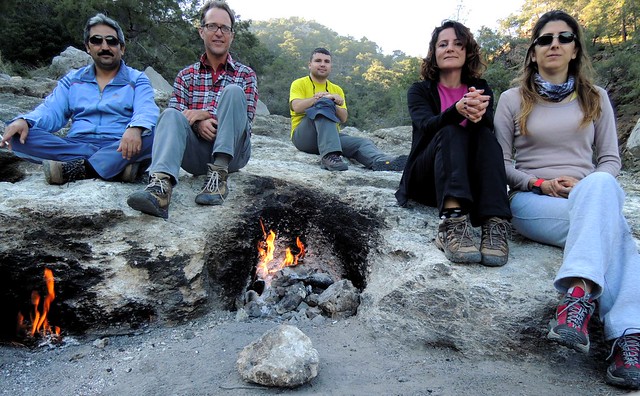 We barbecued sucuk (something between chorizo and a hot dog), drank wine, listened to Levent on the guitar, and enjoyed the warmest day of the year (up till then). 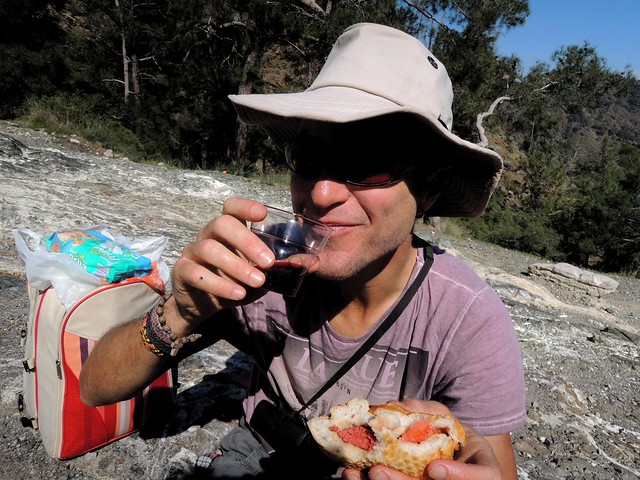 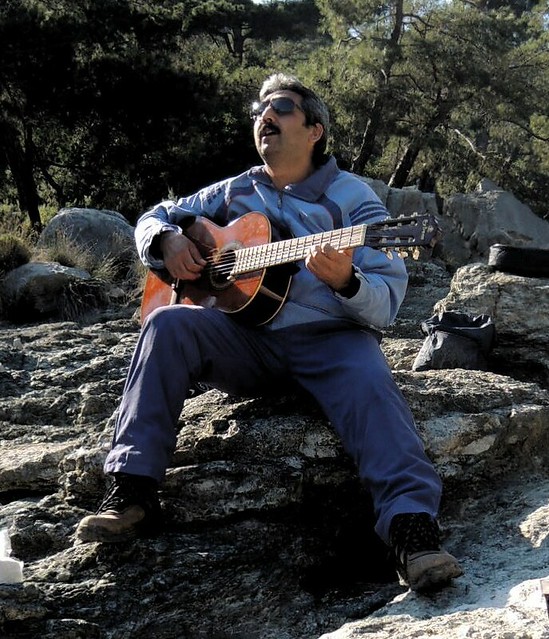 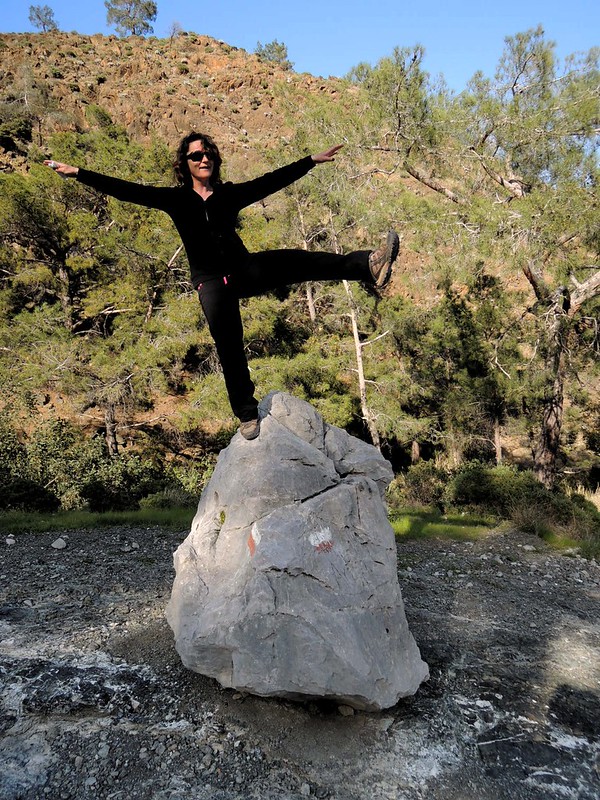 And a few more snow photos: 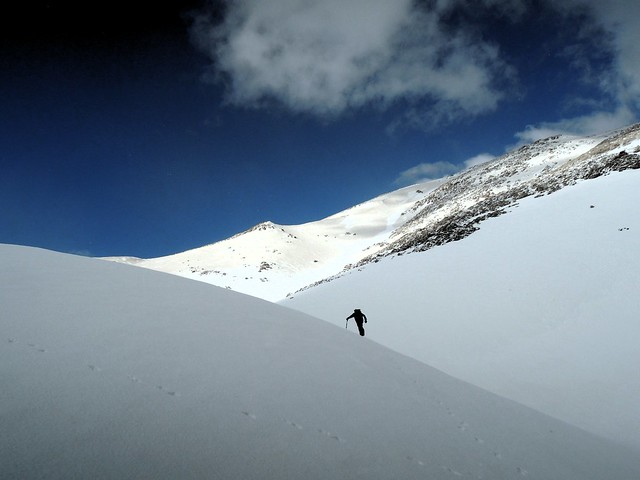 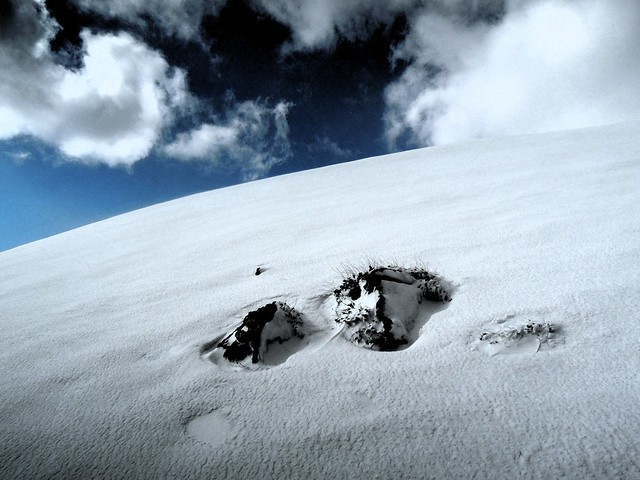 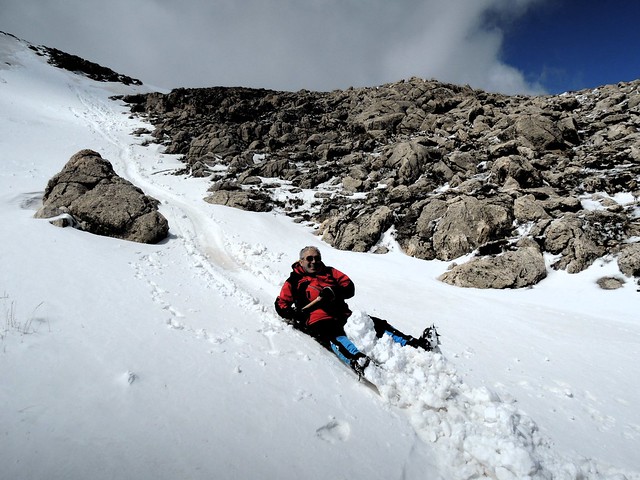