A bit of hiking at Termessos and Sagalassos

What funny names.  I asked a number of people what this “sos” suffix means, but I never could get a straight answer.  Even people who seemed to know something about the etymology of some of the names just made up an answer on the spot.  They’re both very strange sounding words in Turkish, and “Sagalassos” in particular is even difficult for Turks to say and has two different spellings (with rather different pronunciation) in literature about Turkey’s archaeological sites.

The area around Antalya is packed with archaeological sites.  Termessos and Sagalassos are both Pisidian cities, whatever that means.  I don’t really know anything about the archaeology here so I think I can get away with just calling this stuff “Roman”.  The collection of Roman statues and such at the main museum in Antalya (simply called Antalya Müzesi) is impressive. 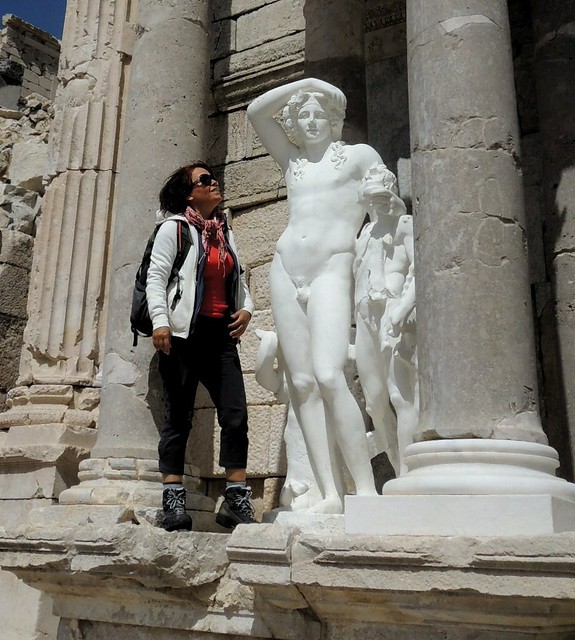 I went to Termessos with Gül.  We took a Kortuteli-bound dolmuş to the turnoff from the main road and then an expensive taxi steeply up the last 10km to the site.  The setting of the ancient city is impressive.  We spent quite a few hours walking around the large site.  One could think of it as a National Park in the nature sense (it is in fact a National Park…) with the added bonus of a bunch of old buildings and walls. 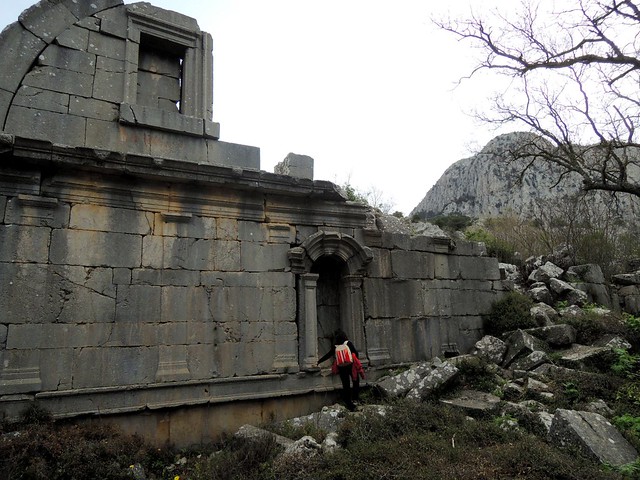 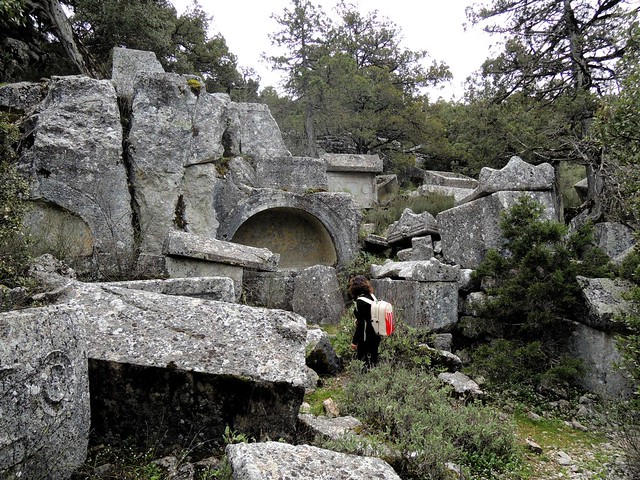 The theatre is probably the most impressive remaining building.  The show would have to be pretty good to keep your eyes from wandering to the dramatic scenery. 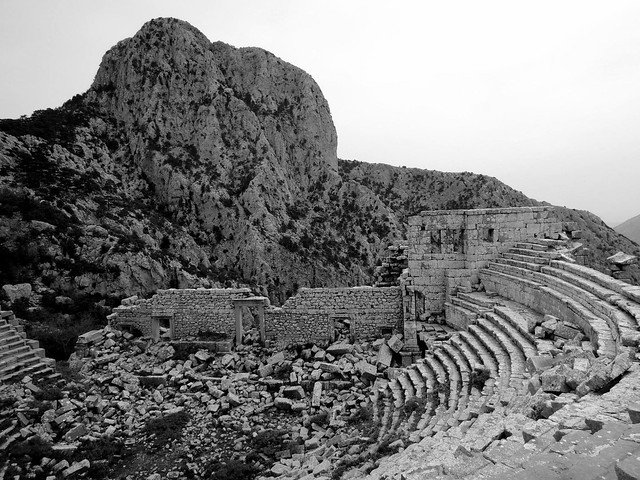 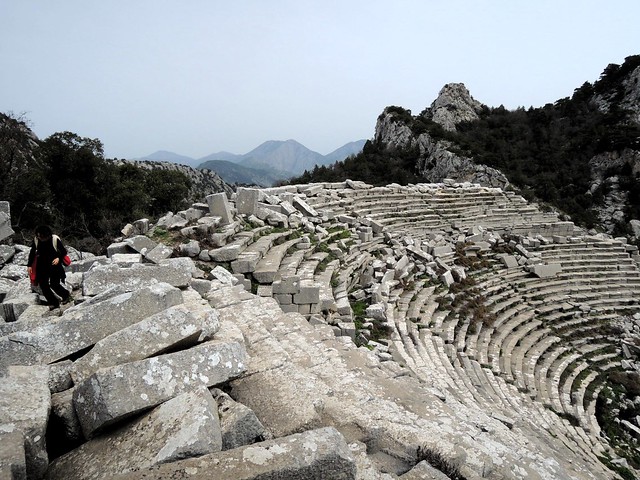 We walked up to the highest point in the park, but it was too cloudy to get good views of the snowy mountains that I had climbed a week before.  On this not-so-high summit we ate our lunch and were even given some chocolate by some Turkish-speaking Russians who live in Antalya.  From them I learned that it was Easter!  Thus, the chocolate. 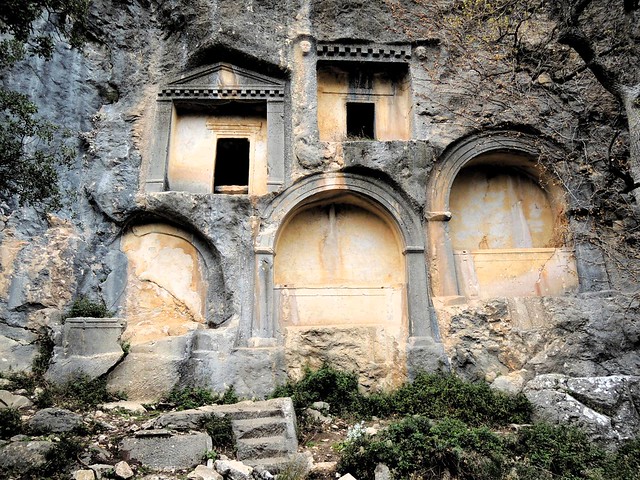 A week later I travelled with one of Antalya’s walking groups, ANDOST, to Sagalassos.  It was my first time with ANDOST, and I went by myself.  There were 25 people on the trip, and I had met five of them before (a teacher at my school, a friend from a different walking group, and three people who I had met with a mutual friend at a café in Kaleiçi).  There were also two other foreigners on the trip — a German who has lived 20 years in Turkey and speaks excellent Turkish and an American who regrets that her Turkish mother didn’t speak to her in Turkish when she was growing up in Texas. 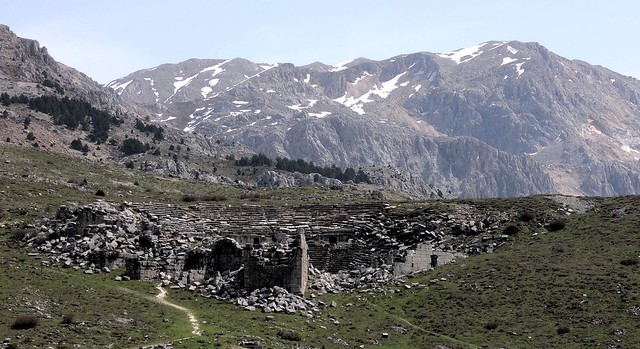 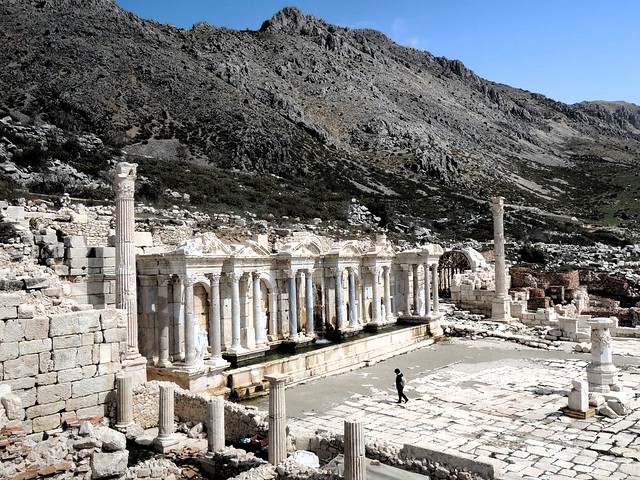 As at Termessos the site setting at Sagalassos was more impressive than the ruins.  You probably have to be somewhat of an expert to appreciate the old buildings, but going for the views alone is worth it.  The walk through the mountains (at both sites) was the highlight on the day. 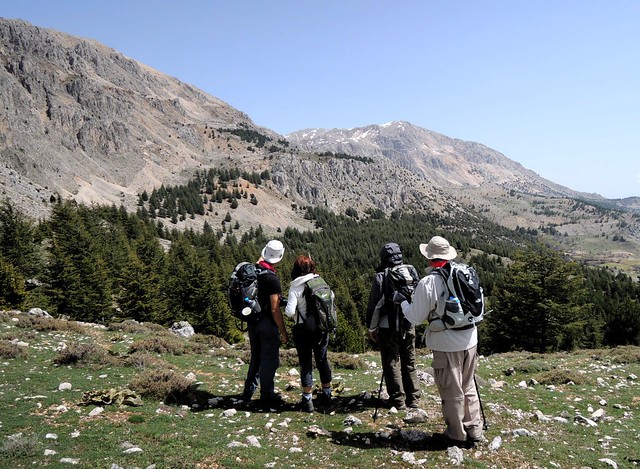 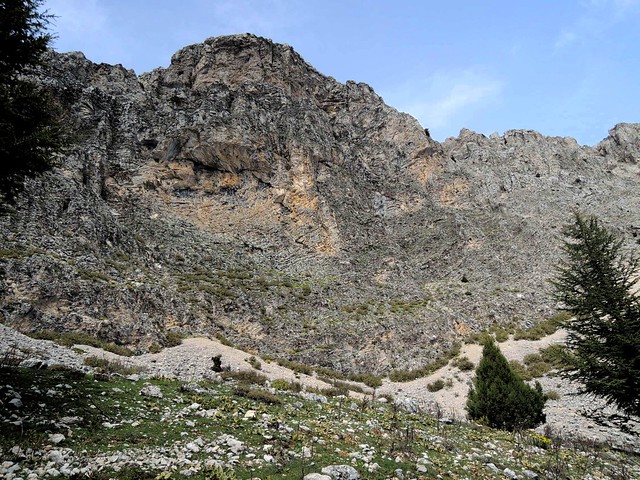 Going with these Turkish walking groups is always a bit of a cultural experience as well.  There’s usually someone who knows something about the site so we learn some cultural history, but it is the insights into contemporary Turkish culture that still fascinate me.  On this day the minibus had a route through Antalya and picked up people along the way (as opposed to leaving from a single central location).  Once we had everyone (which would have taken at least half an hour if you were coming from the first stop in Güzeloba), we drove about 15 minutes and stopped for a ~20-minute tea and börek breakfast.  Uh, we all could have slept in another 20 minutes, no?

Back on the road (which was a fairly long trip, perhaps two hours), the leader spoke almost continuously on the bus about various aspects of walking — what to eat, what to wear, how to exercise during the week to prepare for these weekend excursions.  I understood enough to know that my non-waterproof shoes and my cotton shirt were not acceptable for the day’s excursion!  He even told us what we could talk about — nature, hiking, and stuff; and more specifically what was forbidden to talk about — work, politics, and religion.

I broke the latter rule with the woman who I sat next to on the bus.  We live somewhat near each other, and I was explaining where my house was.  Near the mosque?, she asked.  No, in the other direction, but close enough that the ezan (call to prayer) wakes me up in the morning sometimes.  Then I learned: when she was looking for a house, she specifically looked for locations that weren’t near any mosques!  Haha, I wondered — is the proximity to a mosque inversely proportional to property values in Antalya??!!  A GIS project… 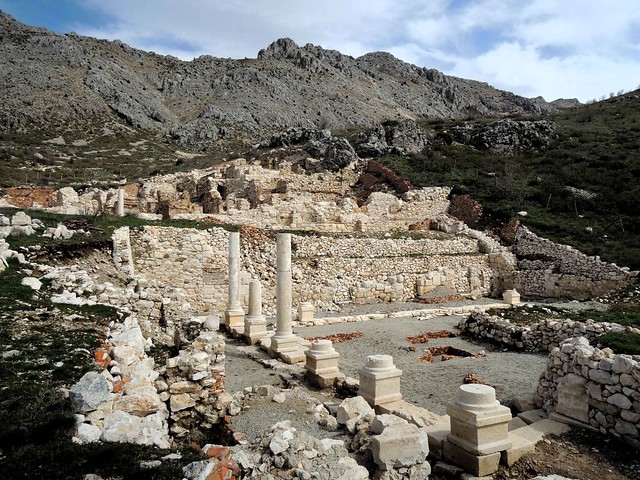 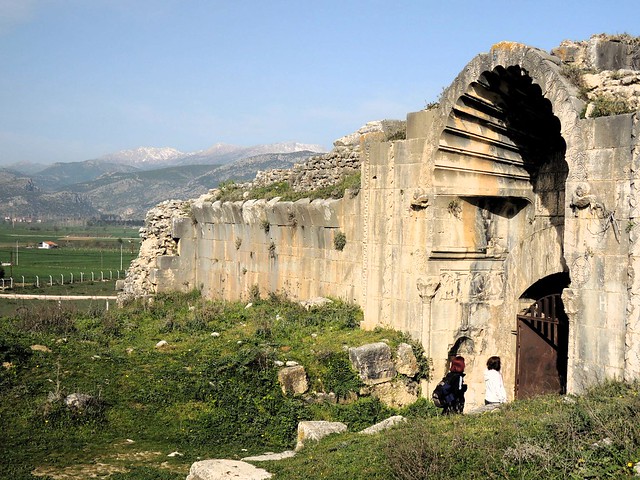 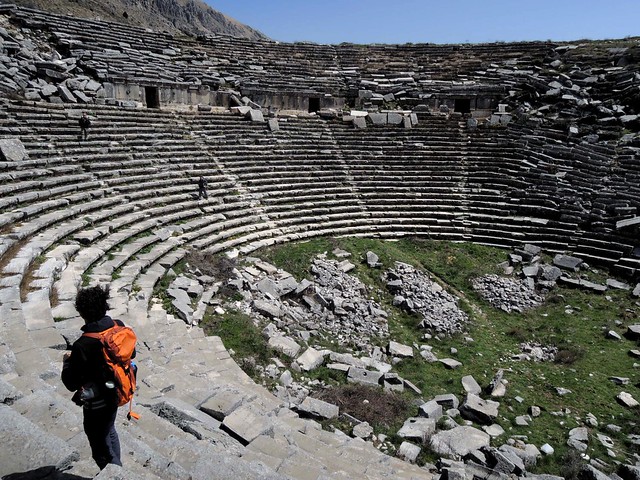 This entry was posted in Traveling, Turkey and tagged Antalya, Sagalassos, Termessos. Bookmark the permalink.

2 Responses to A bit of hiking at Termessos and Sagalassos