With Turkish class keeping me more than busy and a bit cooped up during the week, I’m starting to take advantage of the weekends to get out.  Climbing and biking seems like a good combination though I haven’t combined the two in one day here like I did in Colorado.

My second attempt at Tunç was with Cemalettin, Ahmet, and Mehmet (a.k.a. Komutan, due to his military service).  Ahmet and Mehmet are such ridiculously common names, it’s funny.  I’ve met countless Ahmets and Mehmets in Turkey so that if I don’t remember a guy’s name, one of those is a reasonable guess.  The Dick and Jane of Turkish are Ali and Ayşa, but I’m not sure if I’ve met a single Ali or Ayşa.  However, the same thing goes for Dick and Jane in the US, doesn’t it?

During my previous attempt on Tunç we were thwarted by ice on the road so that we couldn’t even get to the trailhead.  Also on this trip the driving part turned out to be the crux.  On the 2000m auto descent back to Antalya, the brakes failed.  The road is steep and curvy and has no guardrail.  I was certainly scared.  Cemalettin kept his cool and stopped the vehicle with the hand brake.  However, that wasn’t before bouncing along on the rocky shoulder for a bit which caused a flat tire.  I was impressed that Cemalettin had a spare tire (with air even!), but a working jack would have also come in handy.  A generous couple stopped, we borrowed their jack, and we were rolling again (the brakes had cooled by then, and Cemalettin mostly used second gear for the rest of the descent to keep us from going too fast).

But wait, the climb!  We started from the upper section of Fesliskan Yaylası and climbed the standard north face route on Tunç.  There are other more interesting routes, but as I’m learning, Ahmet likes to repeat routes that he’s already done.  Komutan had never used crampons or an ice axe before so the standard route was a good choice for him.  Cemalettin gave him some lessons as we slowly ascended. 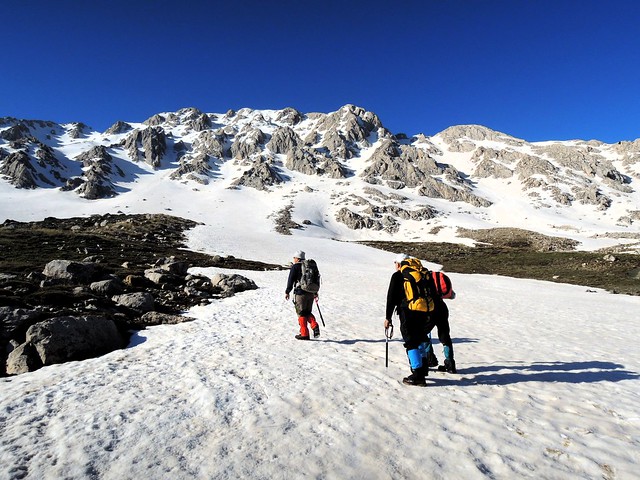 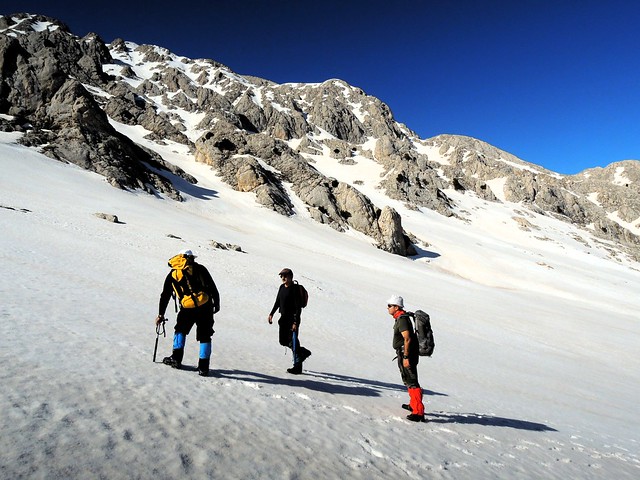 Komutan is a happy man and didn’t stop smiling the entire trip.  He was probably the oldest of the group and in excellent shape.  His wife died eight years ago from breast cancer, and he thinks about her every day.  Well, at least I think he said that.  I had a bit of a hard time following his Turkish, but he was always smiling at me and offering me advice about life. 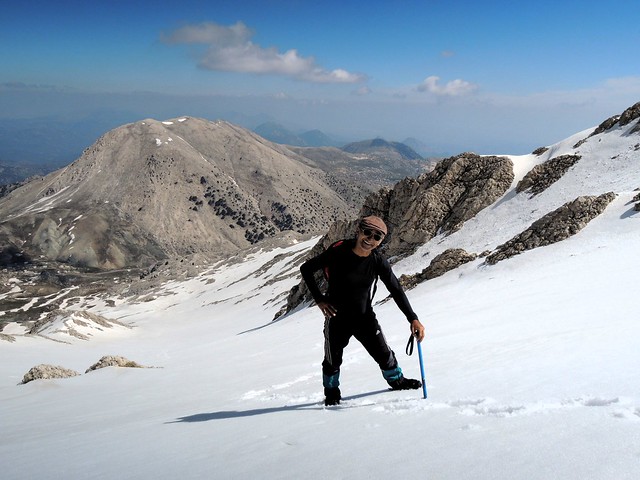 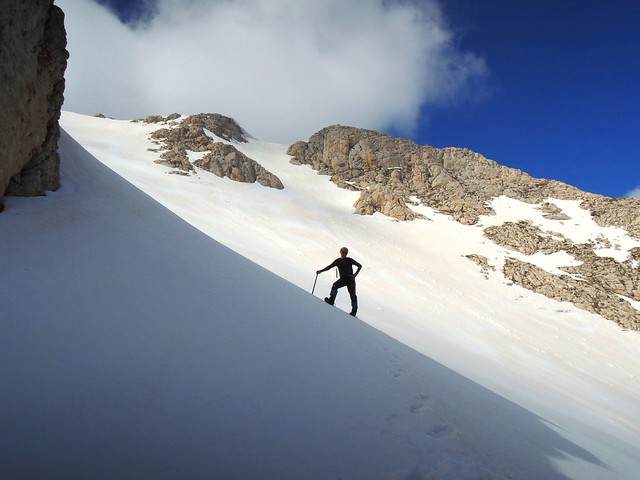 The route was straightforward, the weather was superb, and we could look down on Antalya and the Mediterranean Sea from the summit. 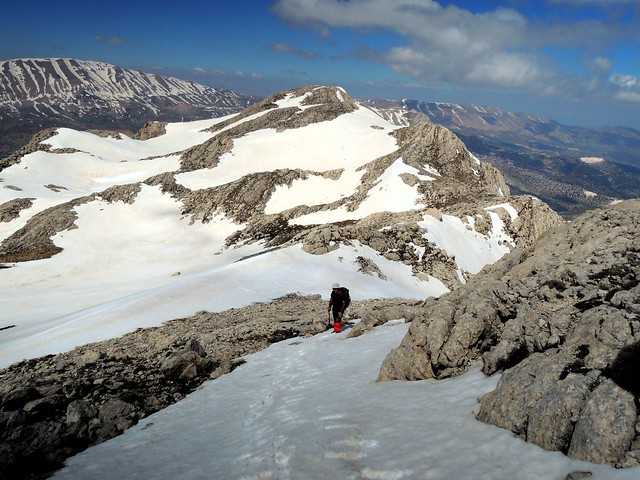 The following day I got out for a bike ride with one of the first people I met in Antalya, Halil, a medical student at Akdeniz Üniversitesi.  Once again I rode Güver Uçurumu, but this time we did it in the opposite direction.  I managed to find the way without getting too lost.  I might like this direction better because the rough rocky descent to Doyran Köyü isn’t a bad climb and the paved climb with lots of traffic goes by very quickly as a descent. 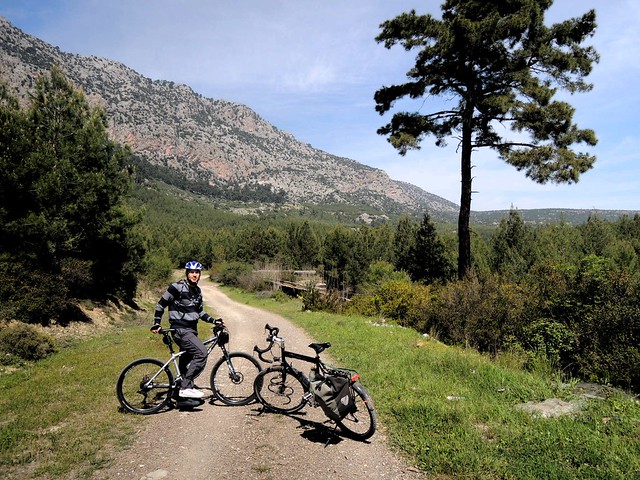 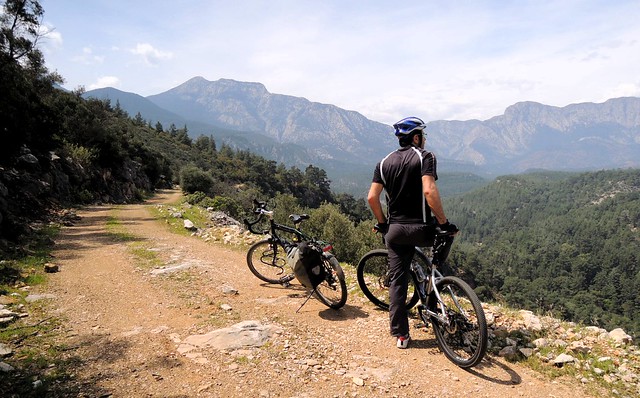 As soon as we got to the Denizli Road we turned onto another dirt road and went out to some nice canyon overlooks that I had never seen before.  And then I figured out where Turks go on the weekend — the area was absolutely full of people picnicing!  It was fun to see.  We continued past the crowds and ran into some friends of Halil’s from the university who had come out the day before on their bicycles and camped next to cliffs with a stunning view.  What a super spot, and it’s great to see Turks getting out for a weekend like that. 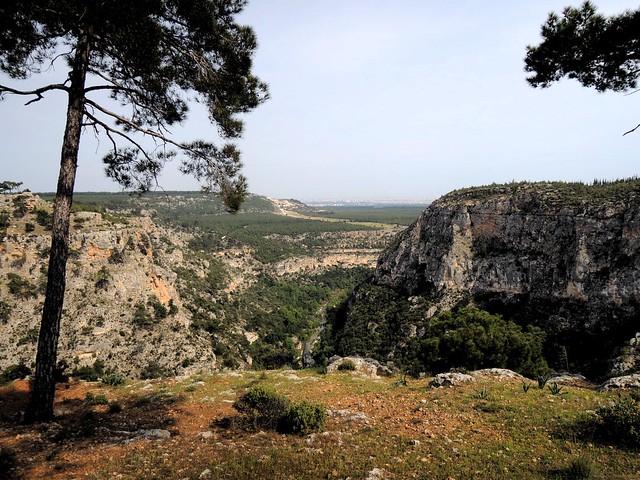 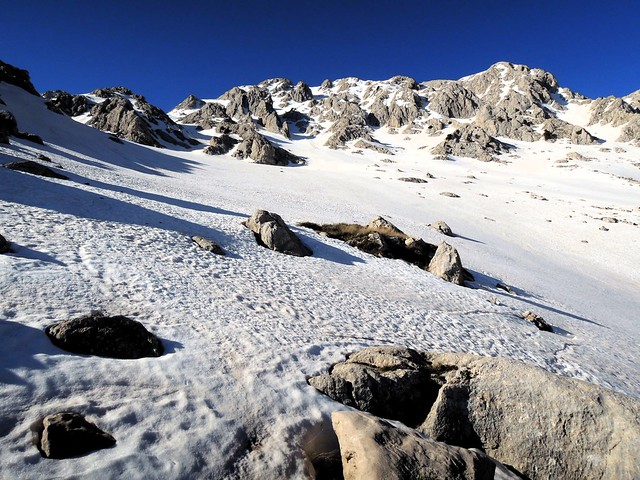 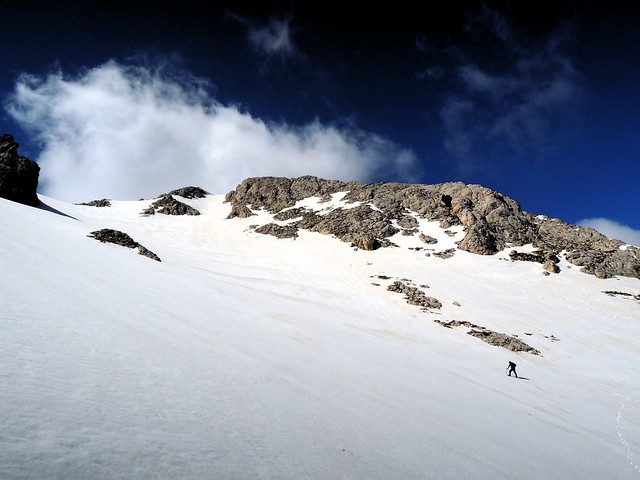 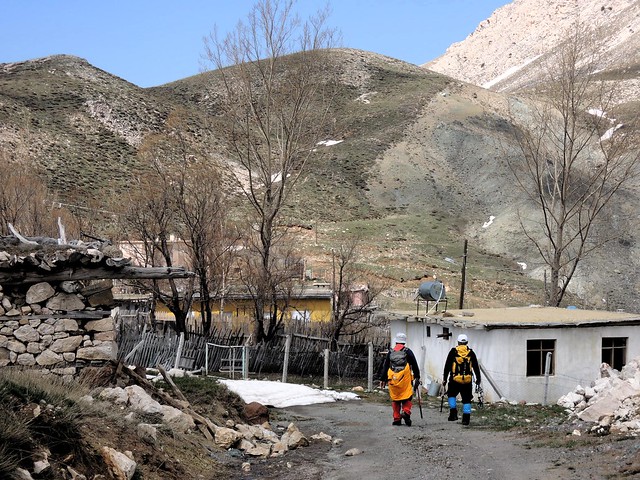 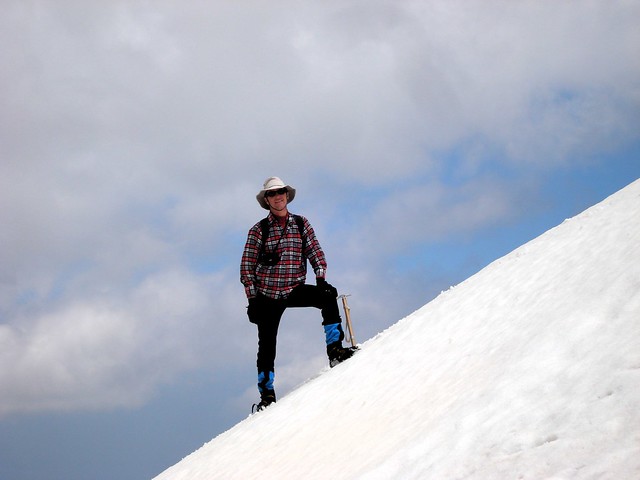 3 Responses to Spring weekend at Tunç Dağı and Güver Uçurumu