In Mexico an Indian nut is a cashew.  In Turkey an Indian nut is a coconut.  In English turkey is both a bird and a country.  That same bird in Turkish also means India.  If you feel cheated by wasting your time reading this drivel, you should stop now.

In Germany earlier this week I used two of the three sentences I know in German: “ich sprechen kein deutsch” and “ein bier bitte”.  Even though it wasn’t even noon yet, I used the latter sentence twice.

Maybe you’ve figured out by now: I’ve been hopping back and forth across the Atlantic again.  I had a direct flight from Antalya to Berlin where I spent a wonderful evening with Antje at the Greek restaurant near her house. 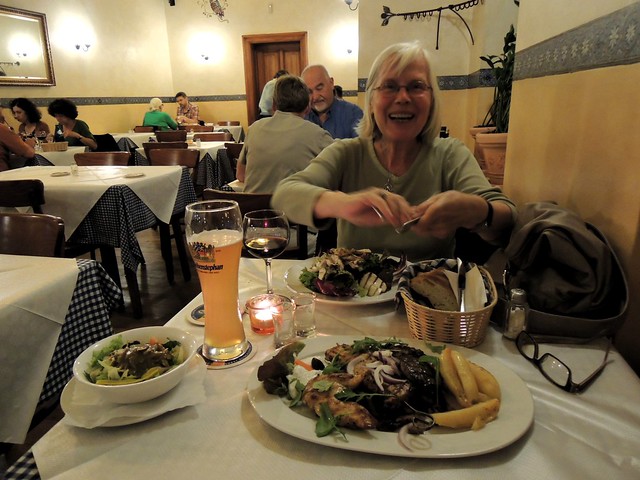 Via a three hour stop in Miami I was next in Mexico City where I spent about three weeks with Isaac.  We never ate Greek food, but we enjoyed heaps of tacos and even had an evening of white cheese and rakı to show him how the Turks imbibe. 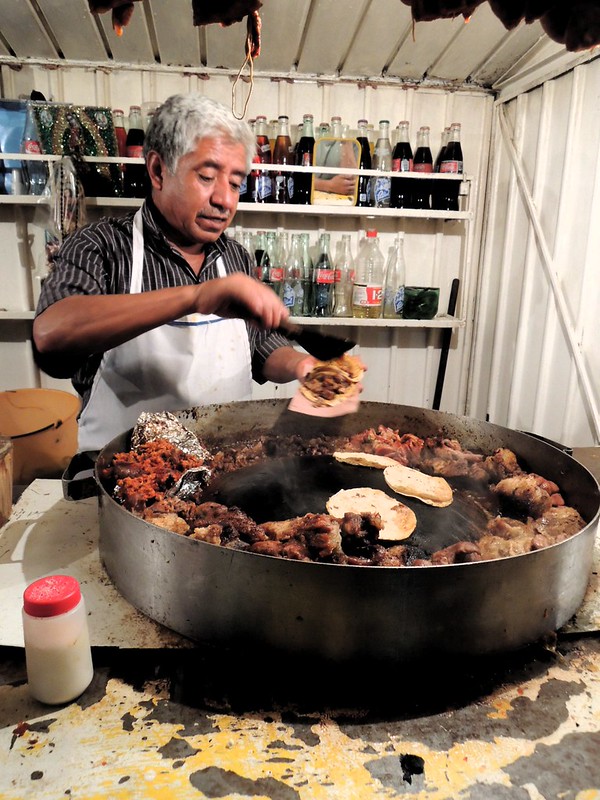 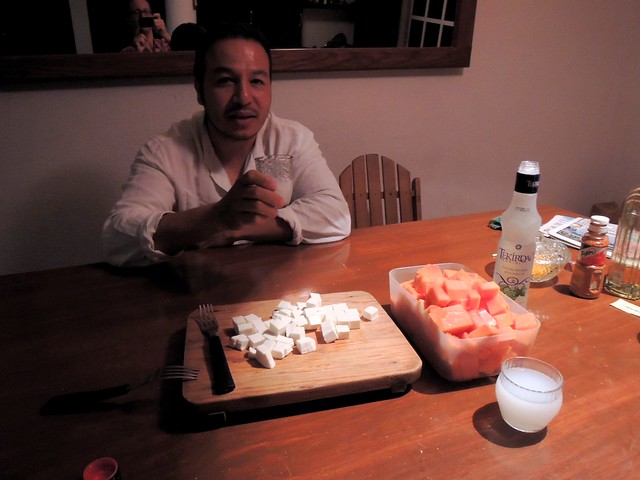 We had grand plans to bike up the Nevado de Toluca, but it seemed to rain every day I was in Mexico City which meant snow on the mountain.  A few days after I left, the weather broke, and Isaac and some friends summited Iztaccíhuatl on a brilliant clear day.  Isaac guessed it had been 15 years since he’d seen so much snow up there.  It had even snowed down to the mountain hut the night they stayed there, and the snow made the initial scree field much easier climbing than normal.  Oh, I was sorry to miss that opportunity.

Instead of mountains I rode my bike around Mexico City and had art and cultural experiences.  Three stand out.  San Ildefonso used to be an orphanage.  It now hosts art exhibits, but the highlight is the many José Clemente Orozco murals that cover some of the walls upstairs.  Many of these historic buildings in Mexico City, including San Ildefonso, offer free guided visits.  If your Spanish is up for it, I highly recommend them.  If you’re a foreigner, you’ll save a bundle visiting San Ildefonso on a Tuesday when the price for everyone is the same — gratis (actually, upon further reflection, I believe it’s Instituto Cultural Las Cabañas in Guadalajara that charges foreigners so much…). 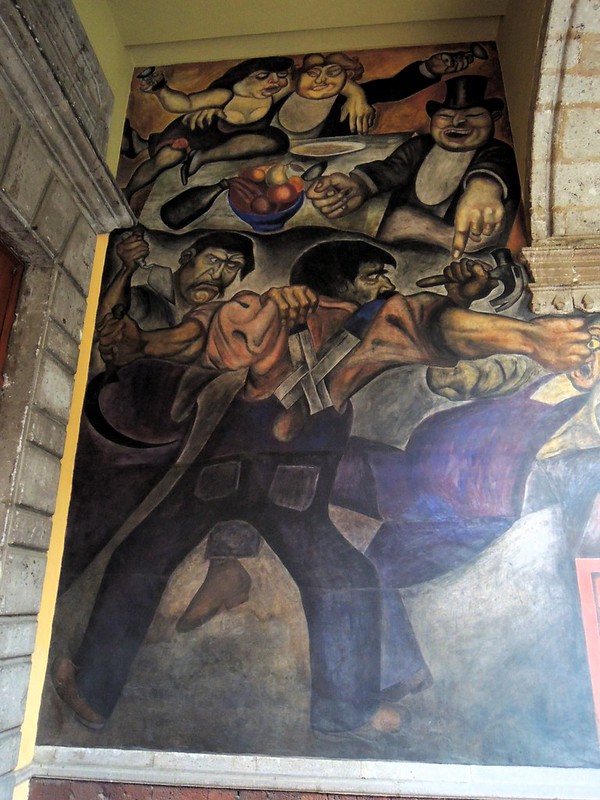 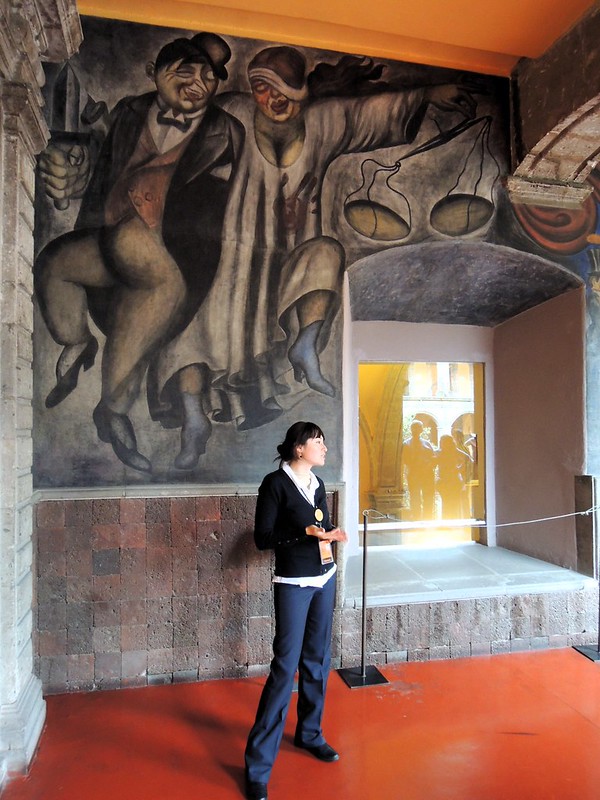 My guided tour at SEP (Secretaria de la Educación Pública) which must house over a hundred Diego Rivera murals lasted over a hour.  Raúl not only know about the murals but a lot about Mexican history.  Super tour. 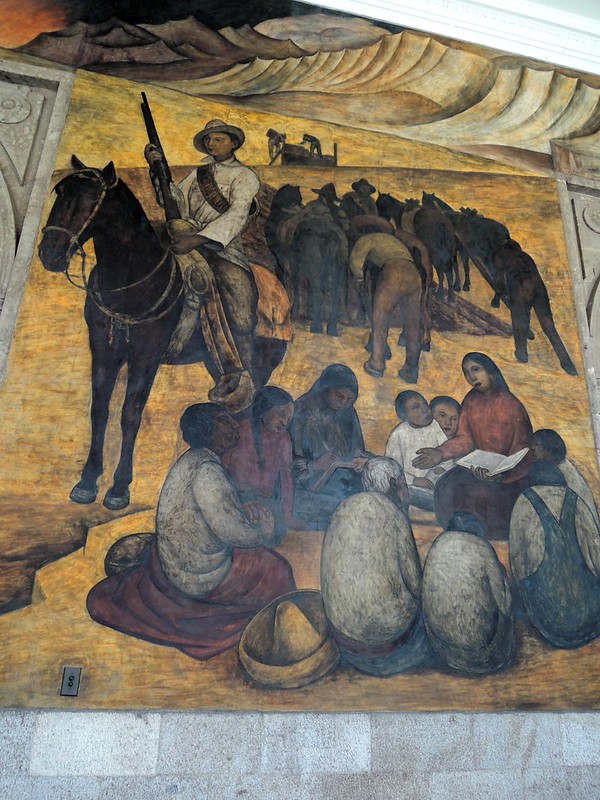 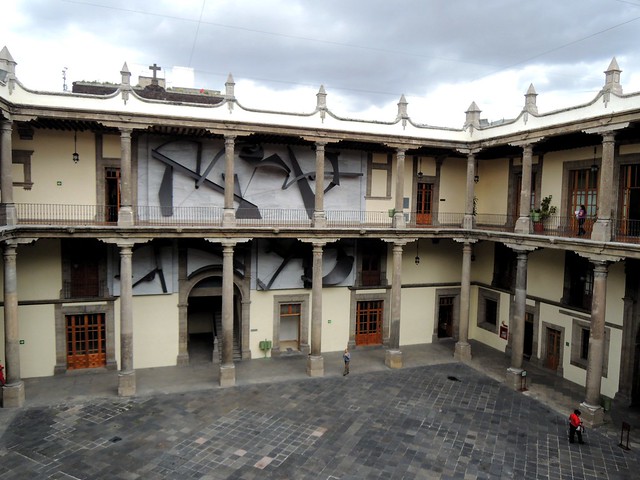 On the anniversary of the 1985 earthquake I biked to Tlatelolco, an area that was heavily damaged.  That same morning that I went to Tlatelolco Isaac had to drive to Tlatelolco to pick up equipment for work.  We left at the same time.  It took me 45 minutes by bicycle, and it took him 70 minutes by car.

My first stop was the site where a large housing building collapsed during the earthquake.  Now, however, it’s just a parking lot, and even though it was the anniversary of the disaster, nothing special was going on.  I also visited the archaeology site at Tlatelolco (an Aztec market area) and Plaza de las Tres Culturas where the students were massacred just before the start of the 1968 Olympics in Mexico City.  Nearby in El Centro Cultural de Tlatelolco (part of UNAM) was a good exhibit and memorial to the massacre, putting the 1960s student protests in Mexico into a historical context. 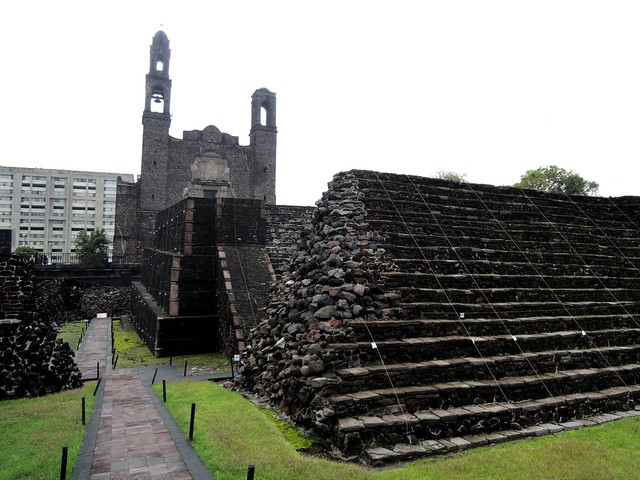 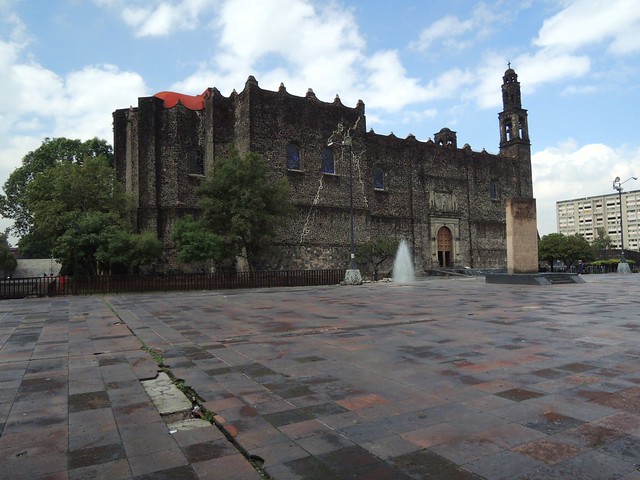 For the art, history, culture, food, shopping, and quality dental care, I’m tempted to come live in Mexico City.  Too bad it’s so hard to get out for a nice bike ride. 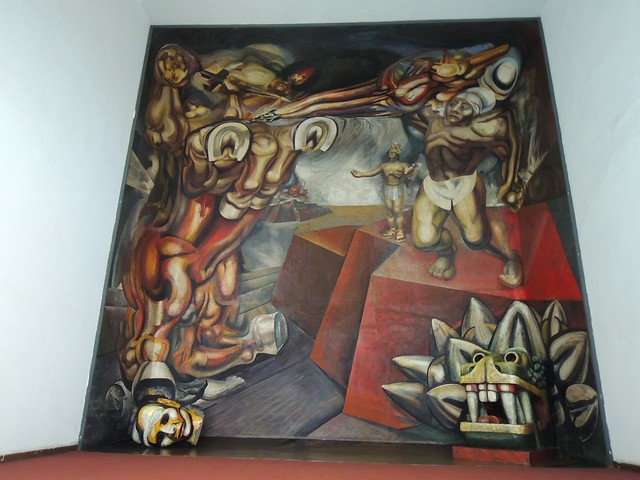 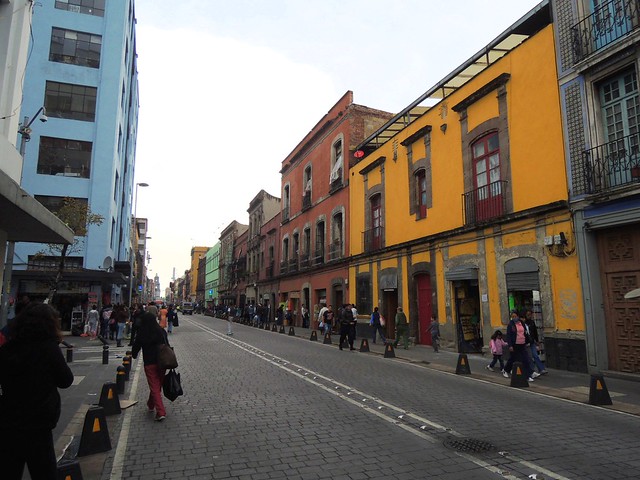 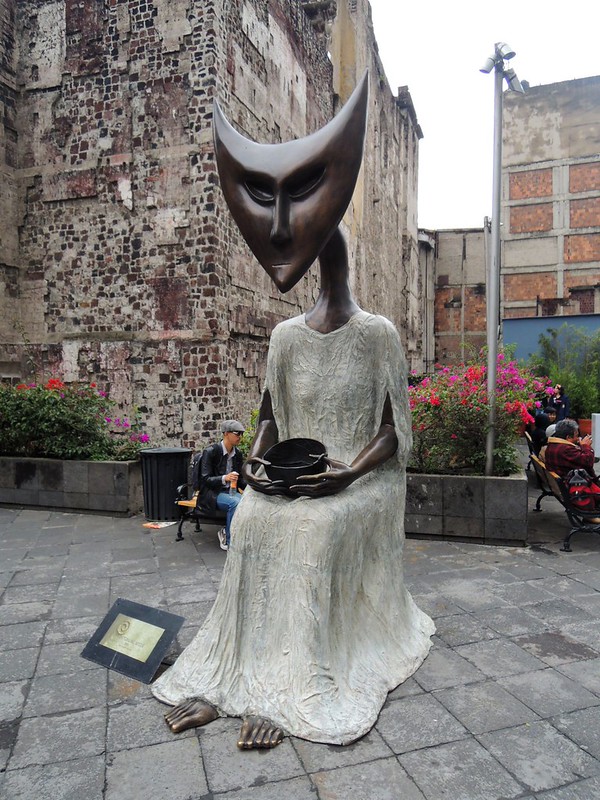 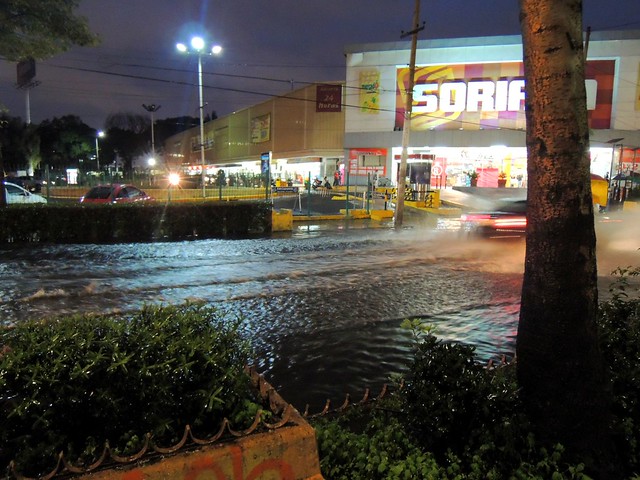 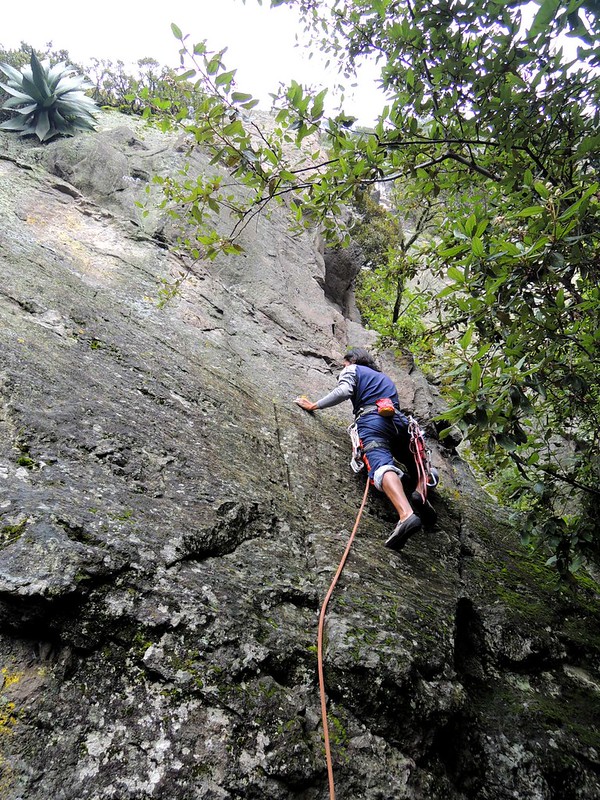 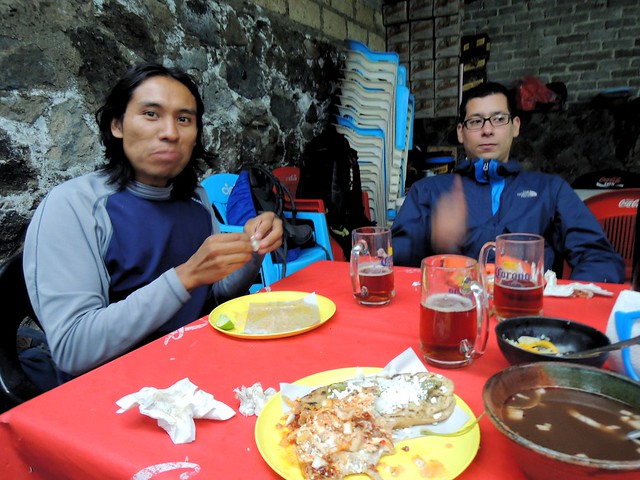 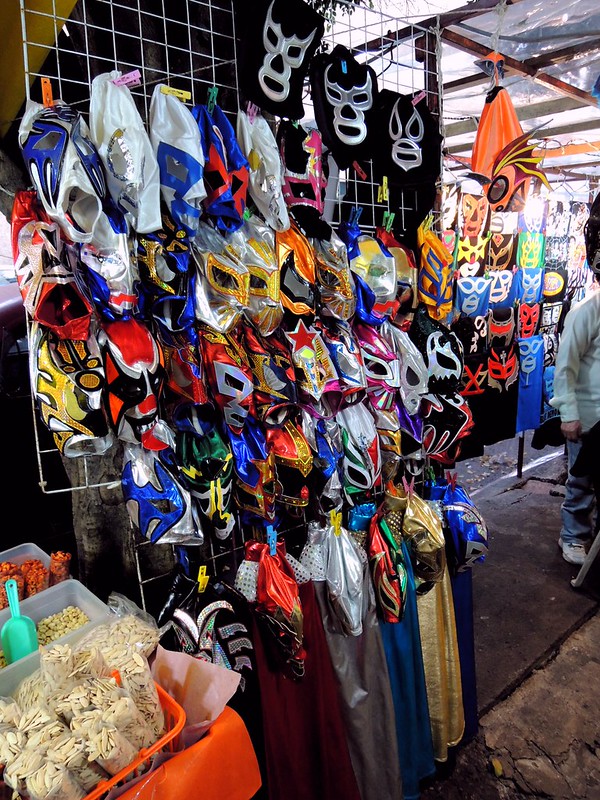 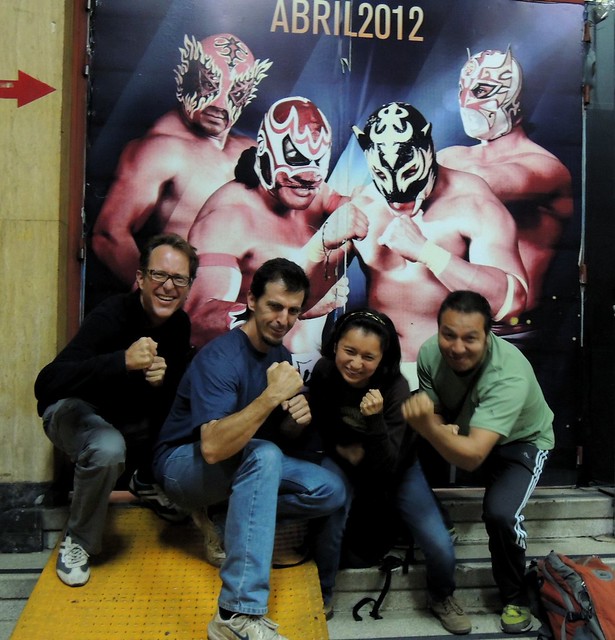