Another short loop SW of Antalya

Over four years ago Kurt and I ventured into the stunning mountains SW of Antalya, surprised to find such long climbs and beautiful views.  It was a cold week in February.  This year in a warm week in March I headed up the same road that Kurt and I had descended and spent a few days exploring the labyrinth of dirt roads in the steep mountains just SW of the city where I’ve spent most of the last four years.  It’s still the only bicycle tour I’ve done this year, and I’m embarrassed to say that I don’t even have another one planned at this point. 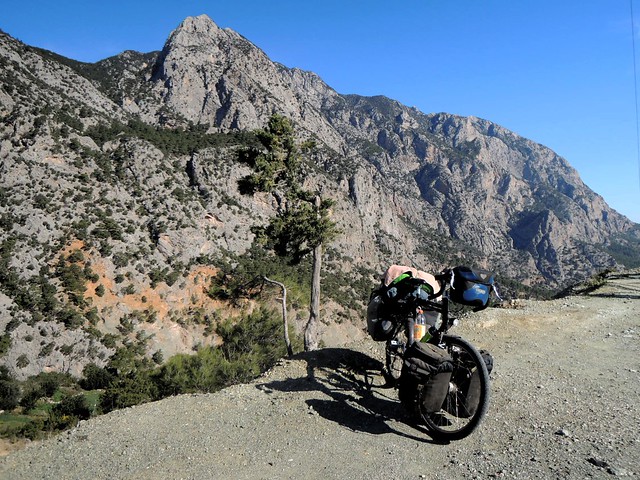 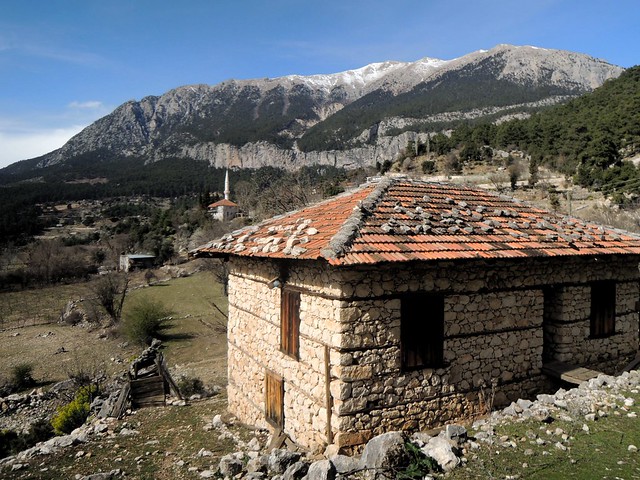 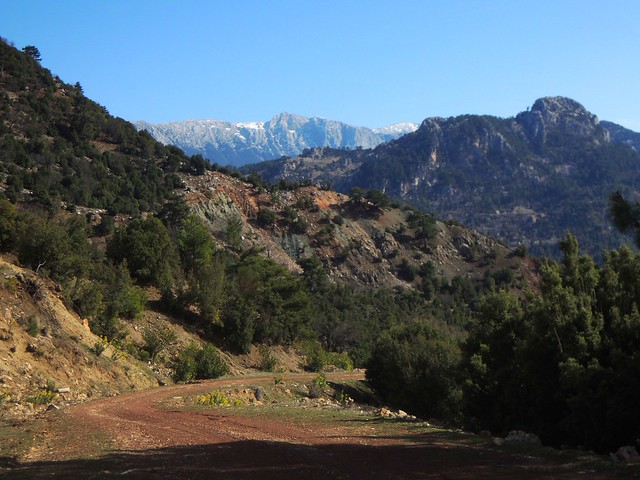 If I had a goal during this short tour, it was to get out and see the somewhat remote, somewhat rugged Alakır Vadisi.  The Alakır Creek starts on the south side of Saklıkent, the ski resort closest to Antalya, and heads straight south to Kumluca.  As is typical in these mountains, the elevation changes are impressive.  Where I climbed out of the Alakır at the end of the trip, it was a 1000m climb to the east, and the ridge to the west is twice that high!  The four-night trip was less than 200km, but there was over 4500m of climbing! 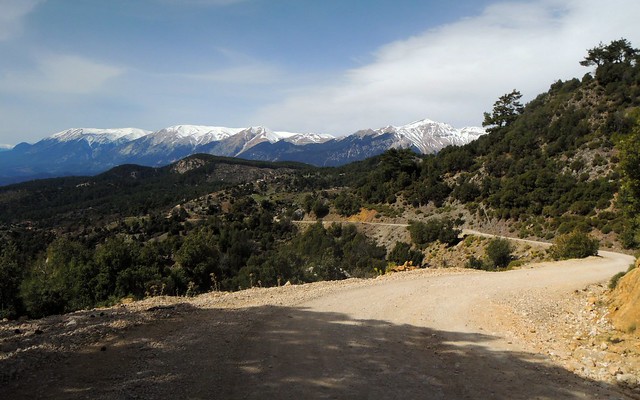 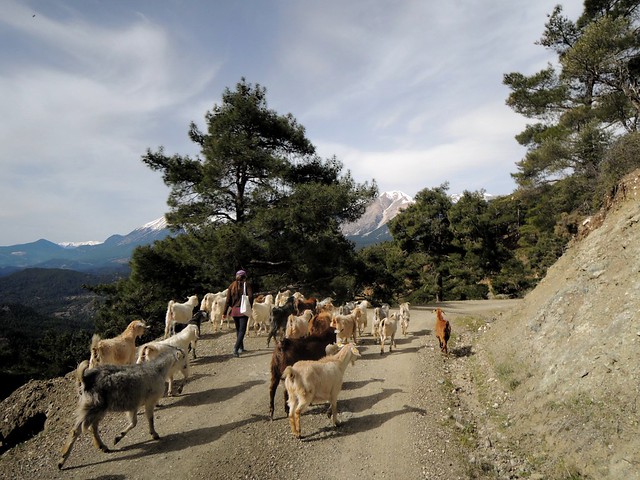 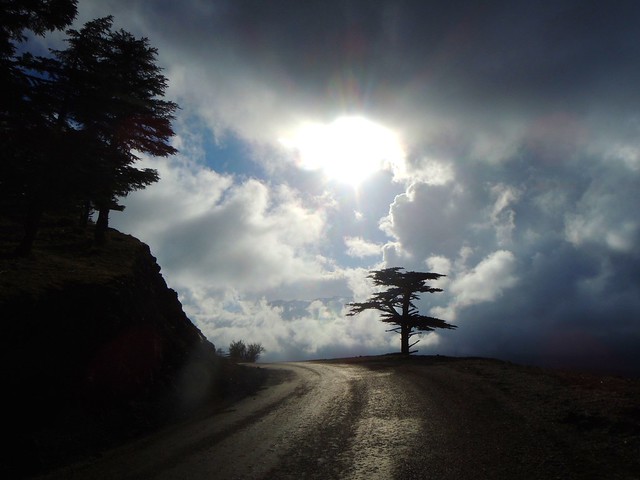 The food highlight was definitely the trout lunch I had in Altınyaka in the middle of the trip — trout, bread, cheese, yogurt, salad, olives.  It’s impressive how much a cyclist can eat. 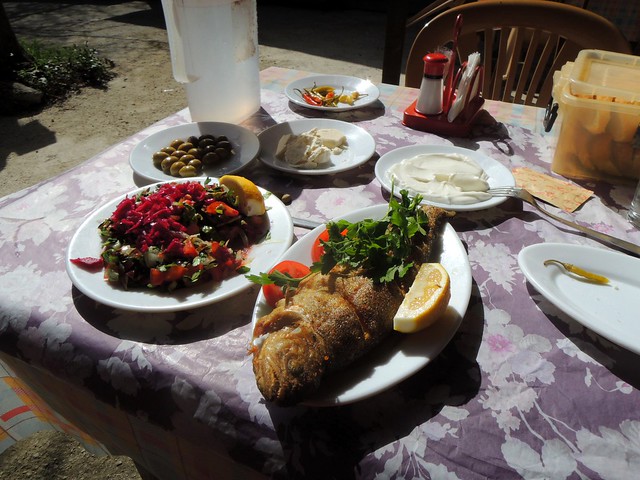 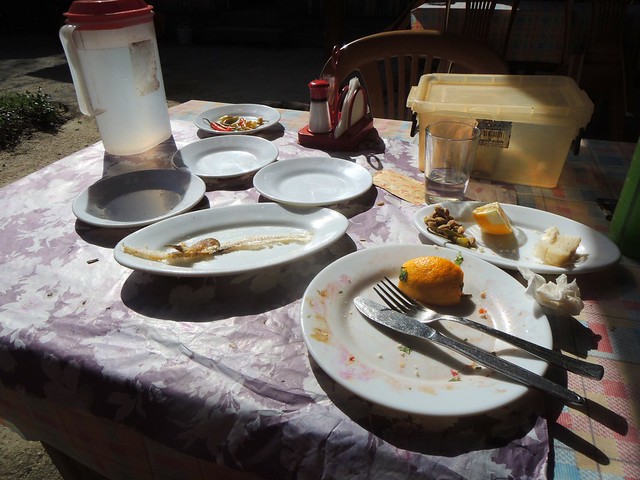 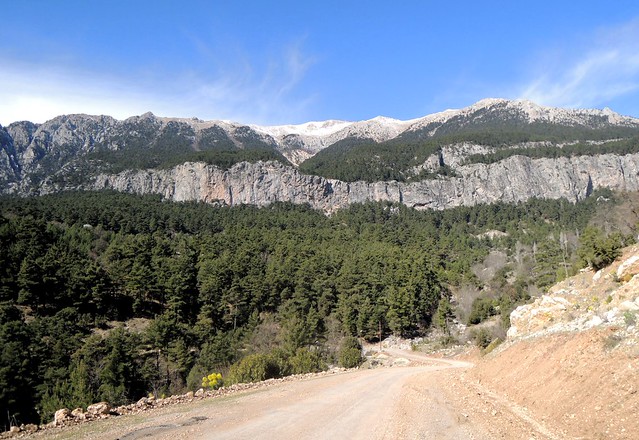 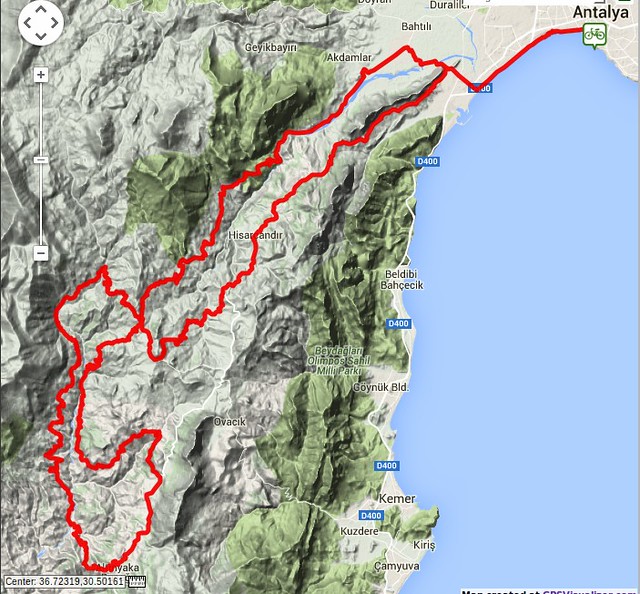 1 Response to Another short loop SW of Antalya