Coast to coast: Guerrero to Veracruz

My family first took a Troncones vacation together in 2000.  I bet we’ve been eight times in 18 years.  We’ve always stayed at the same place, Casa Escondida, and every time we return, we’re always excited to see Inéz and Diojenes who have been taking care of Casa Escondida the whole time.  Troncones is only about an hour by car from the Zihuatanejo airport, making it easily accessible for my parents and sister from Los Angeles and for my brother and his family from Anchorage.  Ferda and I took an overnight bus from Querétaro.

The bodysurfing’s often good in Troncones, and there are surfers out on some days as well.  The sleepy village, the pool, the beach, good food, time with family — it’s a wonderful place to spend a week.  We found Antonio again who put together a fun morning on horses on a mercifully cool day. 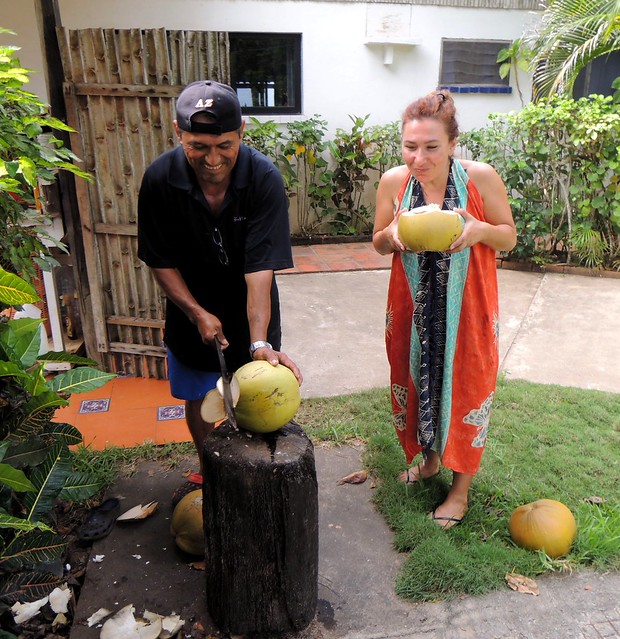 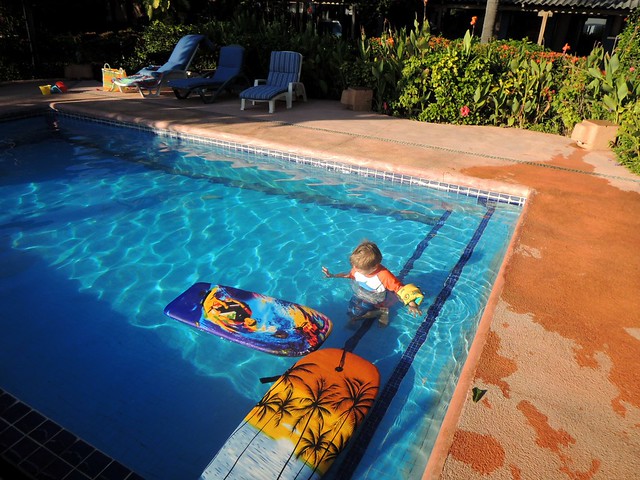 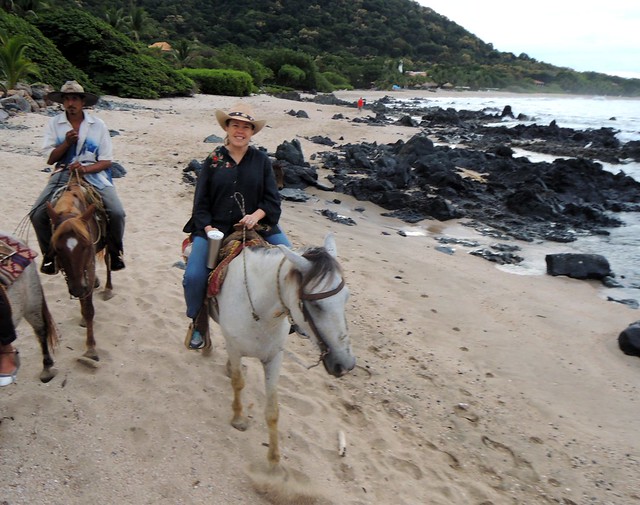 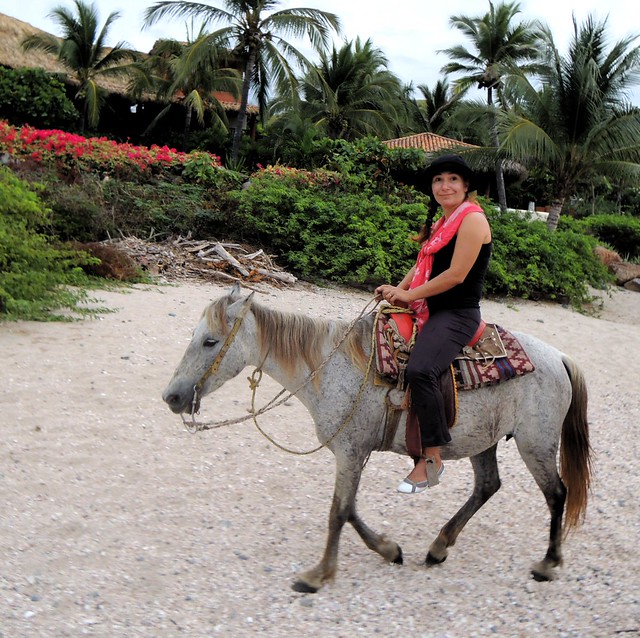 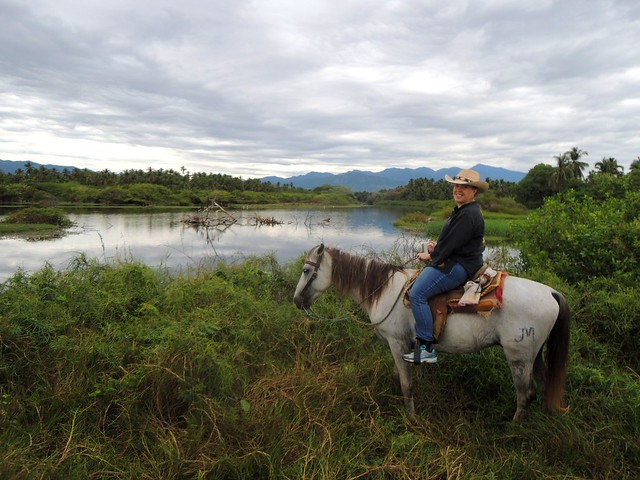 The state of Guerrero where Troncones is has a tradition of eating pozole on Thursday nights.  The small place we had been to last time had closed so I was asking around during the day on Thursday which restaurant would be serving pozole in the evening. 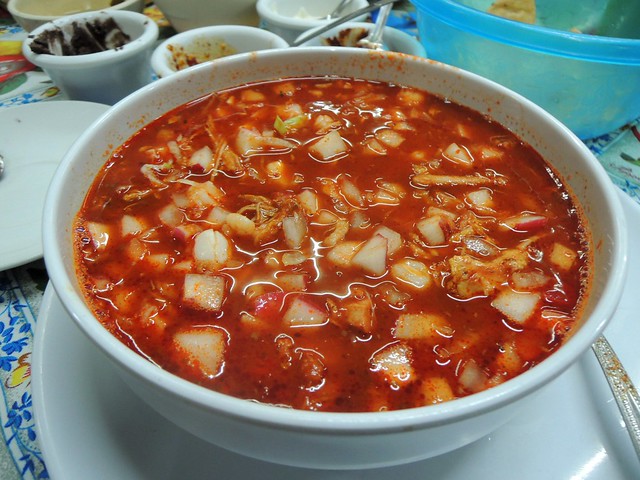 At one restaurant the man sent me to his mother, Rufi, and offered, “come back here tomorrow for fish.”

“Maybe the day after,” I said.

Since he didn’t know Elvis’ birthday was the same day, I was a bit skeptical it really was his birthday.  We both laughed about that.  A couple were eating at the restaurant and had been listening to our exchange.  We’d been speaking Spanish, but the woman at the table addressed me in English, “did I understand correctly?  Tomorrow is your birthday, his birthday (pointing at the restaurant owner), and Elvis’ birthday, too?”

She smiled and said, “it’s our anniversary tomorrow.”

With Día de Los Reyes one day earlier, we certainly had a lot to celebrate.

It was sad to say goodbye to everyone at the end of our time in Troncones.  They all headed off to the airport, but Ferda and I went to the bus station for our overnight bus to Papantla via Mexico City, from the Pacific to the Gulf. 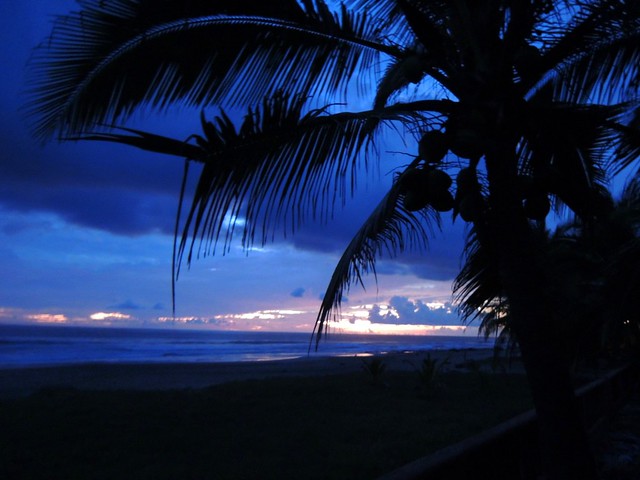 Papantla, in Veracruz, is indeed yet another Pueblo Mágico, and it’s one of the good ones.  Many people will be familiar with La Danza de Los Voladores, but fewer people know that the Totonacas, the natives of the Papantla region, claim it as their own.  The Totonacas also claim to be the first to cultivate vanilla.  It used to be an important export for the region but has more recently been supplanted by petroleum. 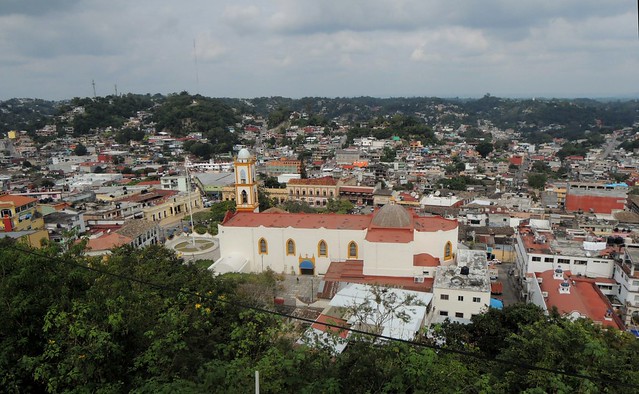 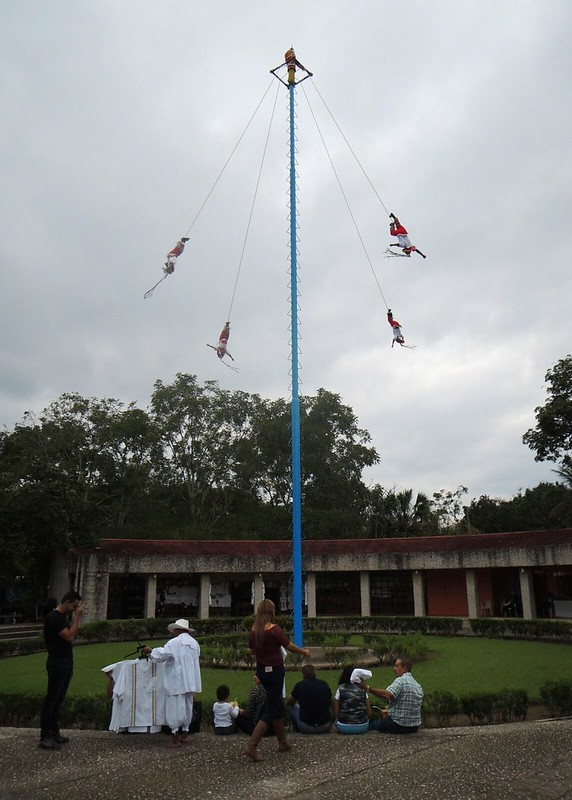 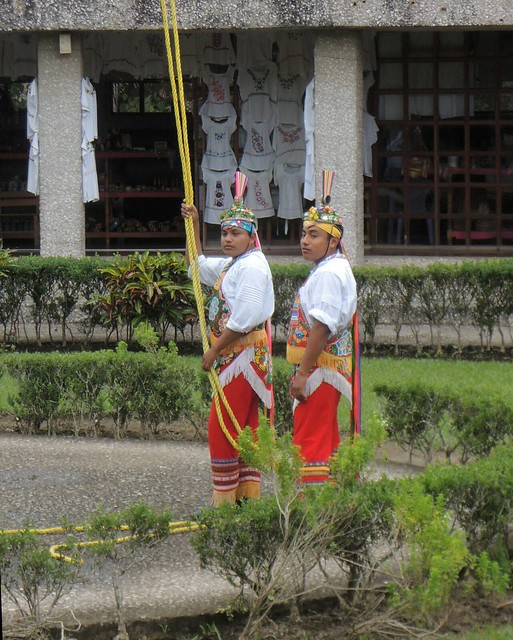 We caught a Danza de Los Voladores performance the day we visited the nearby ruins of El Tajín, another of Mexico’s World Heritage sites.  Anyone who’s walked around the pyramids at El Tajín will be wondering what Ferda’s doing in so many clothes.  Indeed, normally hot and steamy, we must have visited El Tajín on the coldest day of the year.

El Tajín is well-known for its ballcourts — there are about 20 of them.  At one of the ballcourts are well-preserved reliefs — six panels explaining the ball game (juego de pelota).  The panels show the participants preparing their nice clothes and knifes/swords/spears, having a dance/celebration beforehand, and the sacrifice of the loser afterwards.  Then, while this participant is still alive, he asks the gods for pulque — the liquid of life.  The final panel shows him decapitated, and there’s a god next to him sticking a spear into his penis to release semen — the liquid of life. 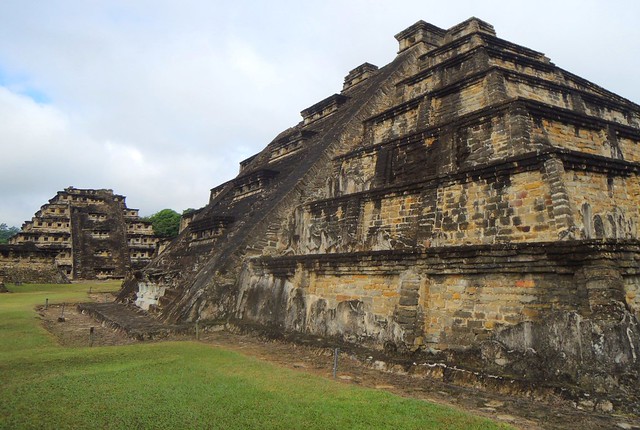 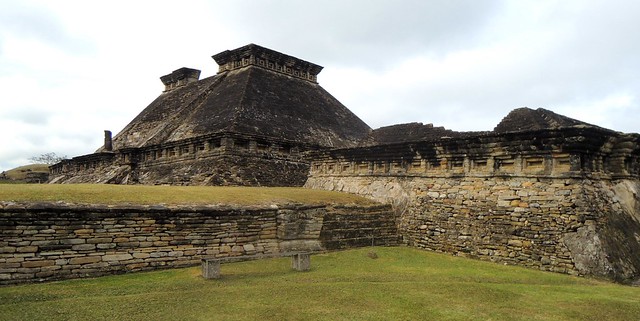 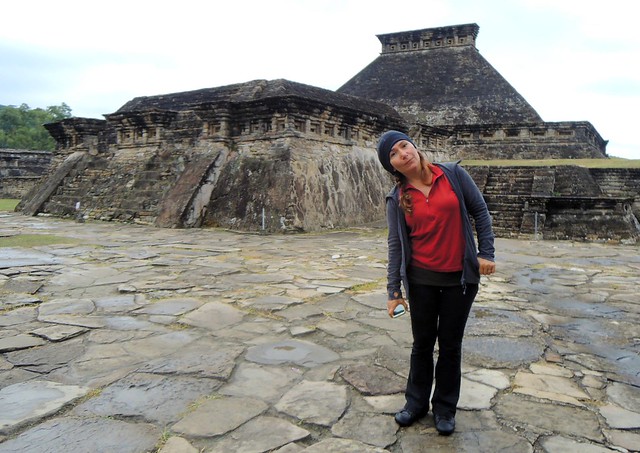 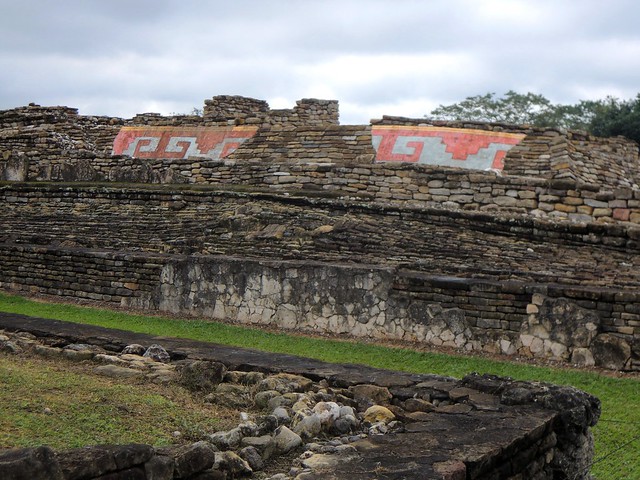 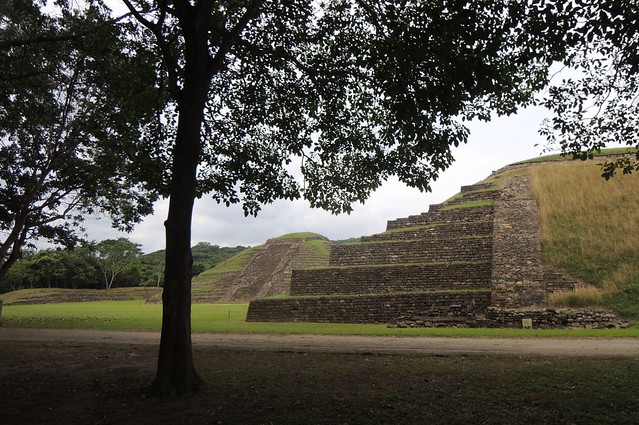 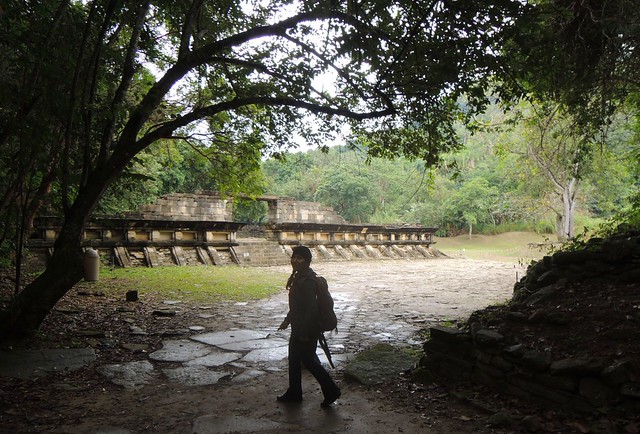 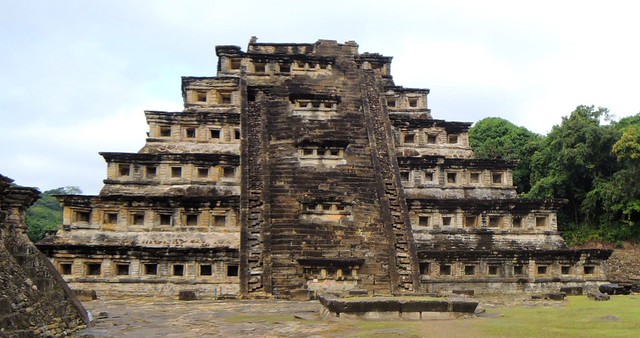 On that note I’ll end Part 2.  Ferda and I returned to Turkey after three months in the US and Mexico.

This entry was posted in Mexico, Traveling and tagged El Tajín, Papantla, Troncones. Bookmark the permalink.