Three days after her crash, I said goodbye to Ferda at the Tarsus bus station, and we waved with sad smiles as she started the 12 hour trip to Antalya.  It would end up taking me two weeks by bicycle.  Unencumbered by the group ride plans, I put together a great itinerary largely avoiding highways that were as big as the ones we took to get from Kayseri to Tarsus.  I started, however, with one flat highway day along the coast to get to the road that I wanted into the mountains.

Part of the flat section involved riding through the rather large and spread out provincial capital of Mersin, something I imagined would be a mess of traffic for 30km.  Well, that turned out to be completely wrong.  The road was closed to traffic NE of the port because of construction, but I was able to get through on a bike.  Then, after the port (heading SW), I cycled through the entire city along the coast on a boardwalk-type path for cyclists and pedestrians.  It was great, and at one point I even stumbled upon the colonnaded road of Soloi-Pompeiopolis! 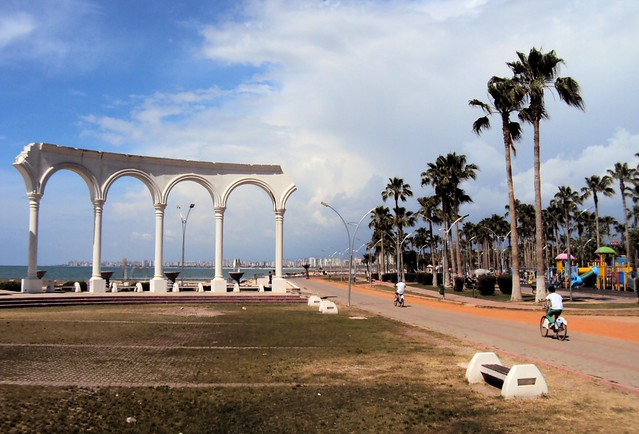 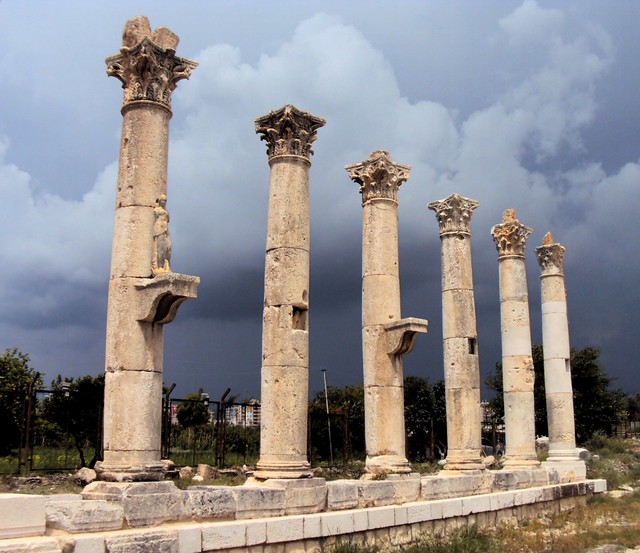 Late that afternoon in Ayaş I really started the old ruins part of the tour.  Mostly they were Roman sites.  In three days I ended up visiting eight different sites: Kanlıdivane, Elaiussa-Sebaste, Kızkalesi, Karakabaklı, Işıkkale, Sinekkale, Diocaesarea (aka Olba?), and Olba (the aqueduct).  Wow, many people would probably have been sick of these rocks, but I loved it. 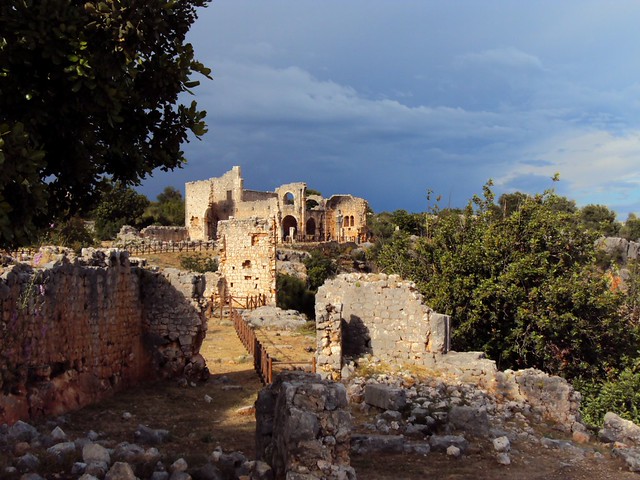 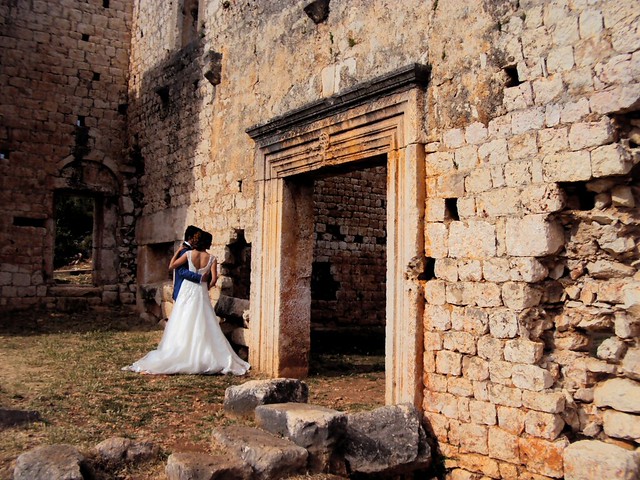 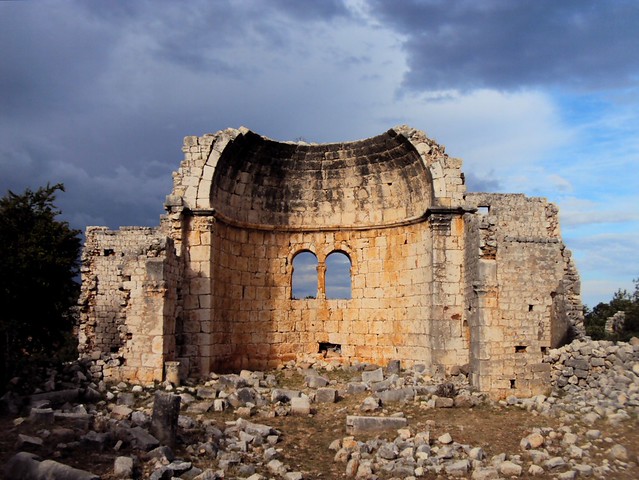 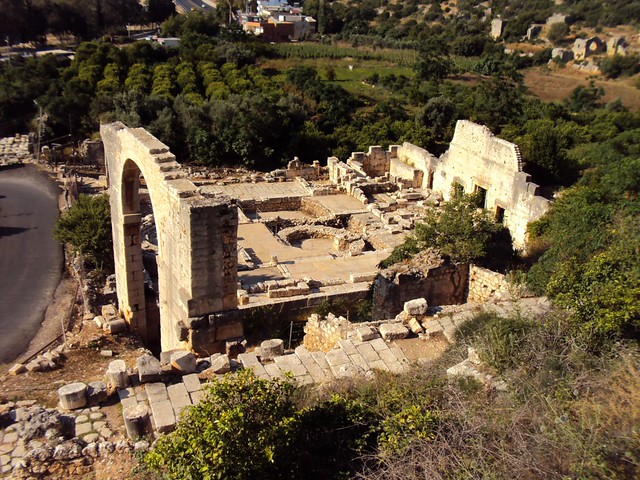 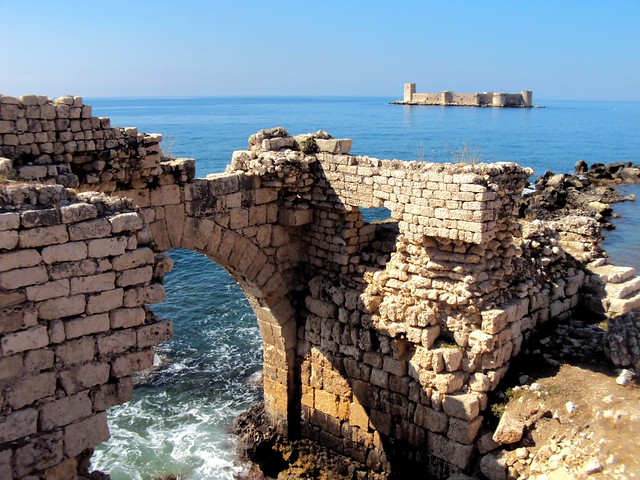 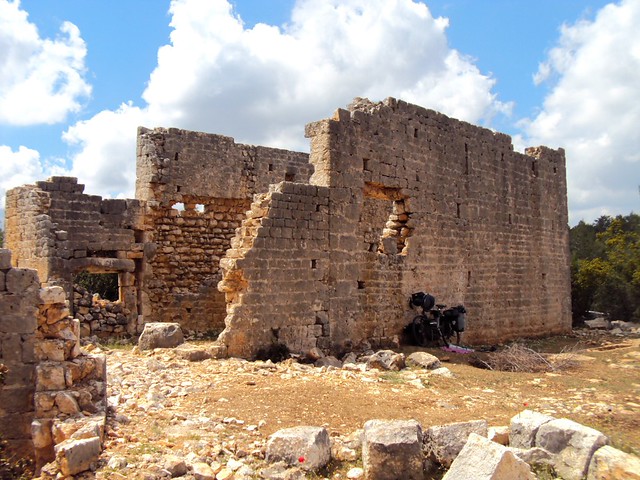 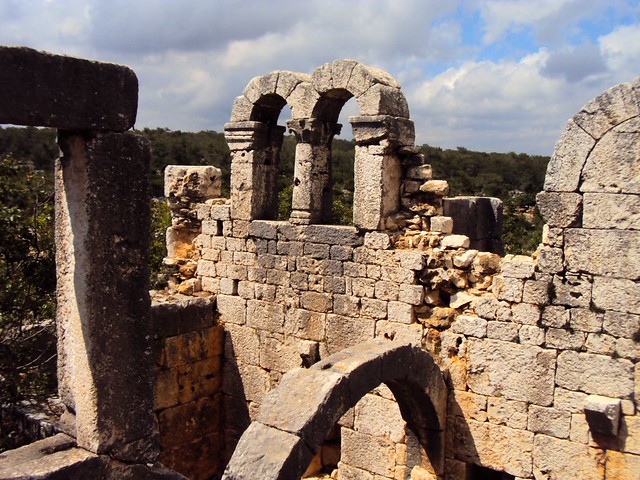 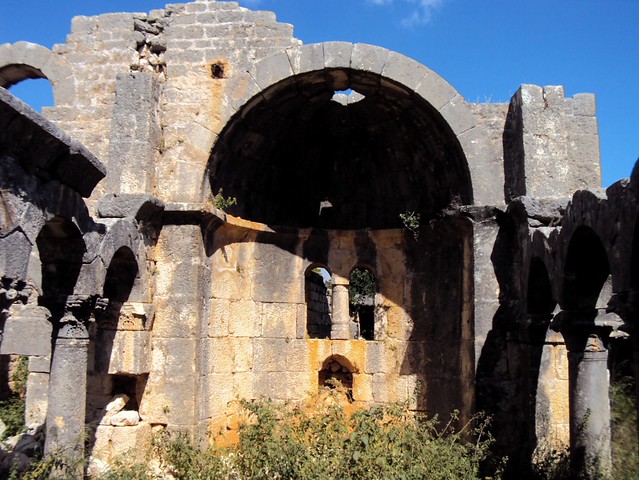 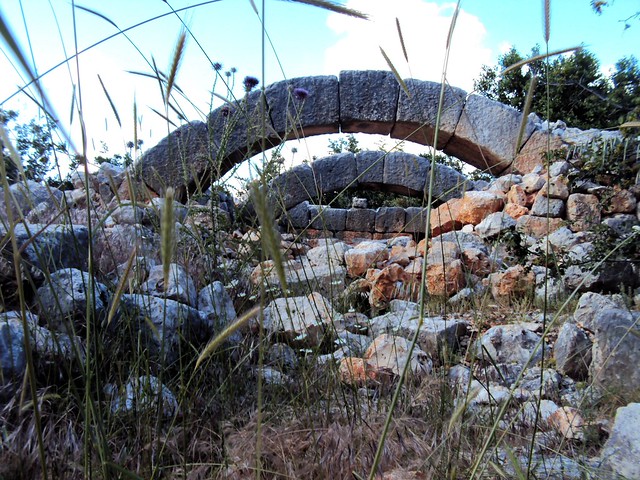 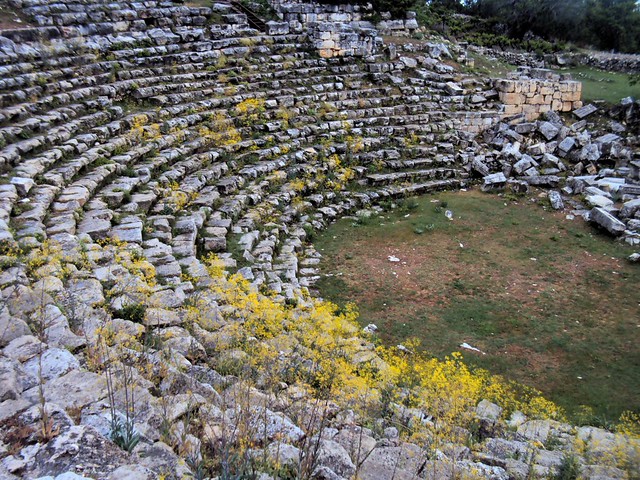 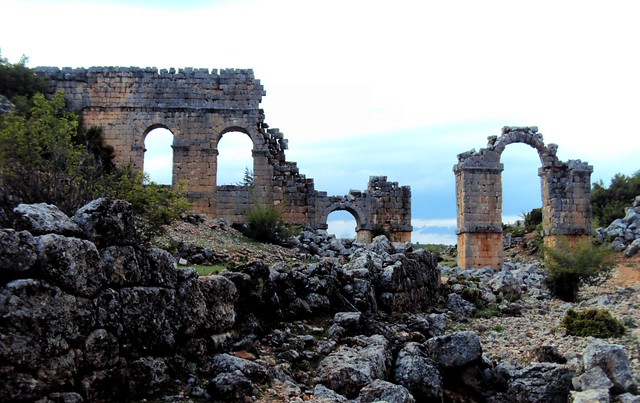 In addition to all the rocks the scenery was good too. 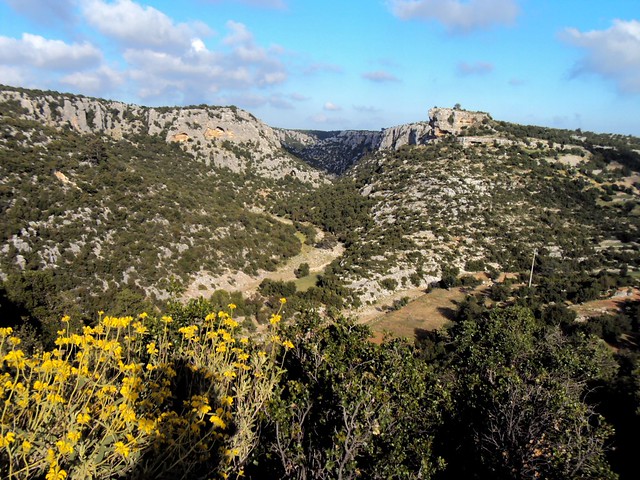 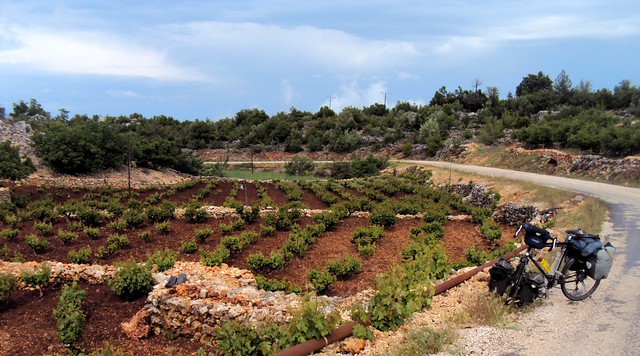 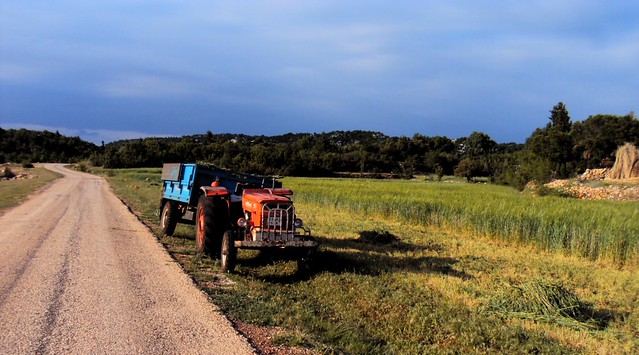 I had left the Mediterranean, and my goal was to cross the Taurus (Toros) Mountains on my way to Karaman.  It was a 2200m climb spread out over 100km.  The mountain plateau was so flat that I was never sure just when I was at the high point.  The scenery was nice, but it wasn’t spectacular like I ended up seeing a week later when I crossed the Taurus again from north to south.  For Turkey it was a bit remote.  The stretch from the village of Toros (in Erdemli) to Taşkale (in Karaman) was one of the longest stretches I’ve ridden in Turkey without buildings. 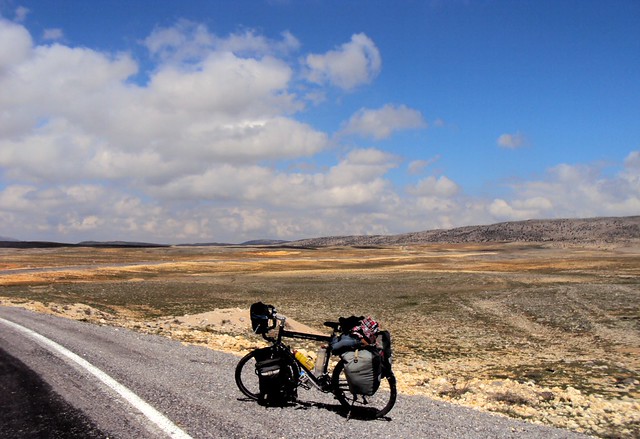 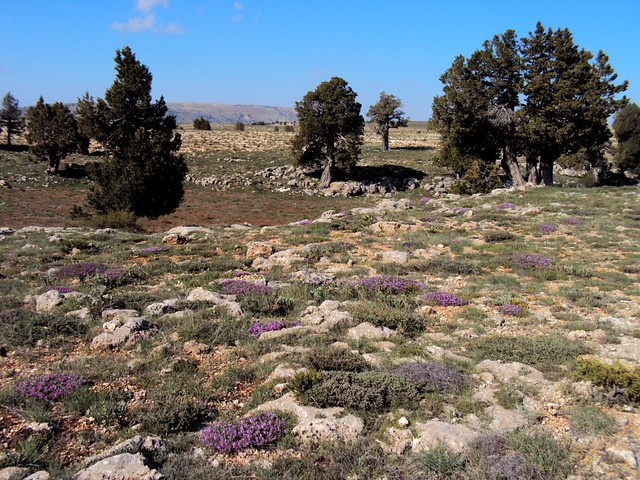 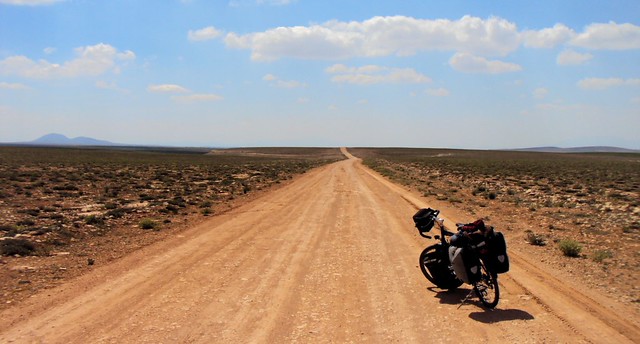 Of course in that first village after the mountains, Taşkale, the Romans were at it again.  This time they carved storage units for grains into the cliffs. 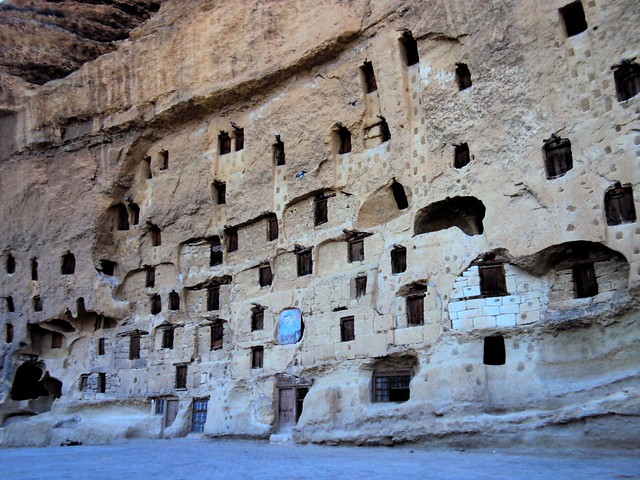 A couple kms down the road was a Capadoccia-style underground city, currently called Mazanan Mağaları. 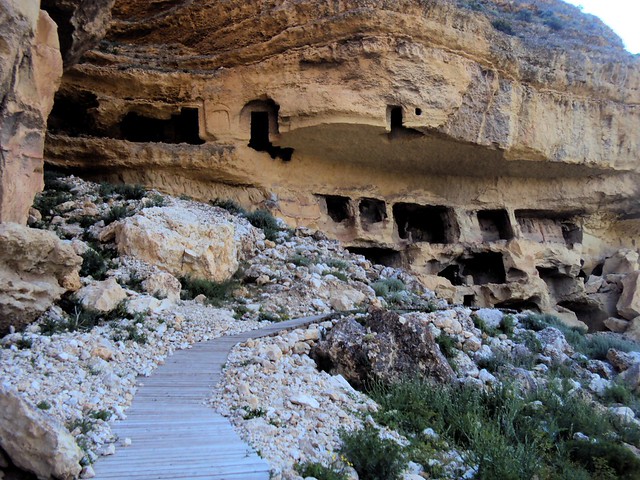 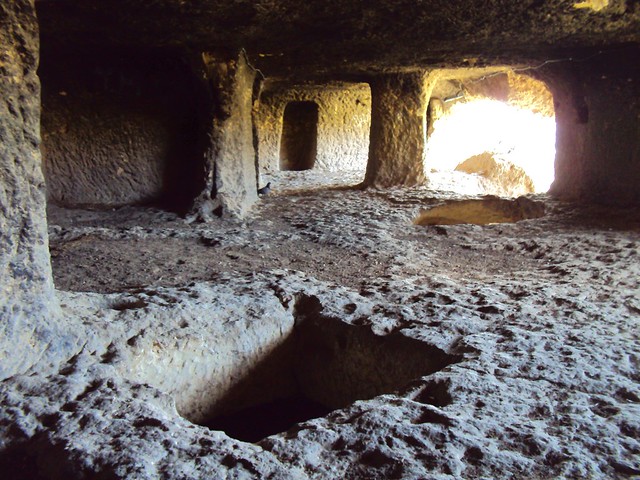 A few more kms of great riding, and I came to Yeşildere where they’re restoring an Armenian church that was turned into a mosque in 1951.  All the history and cultural resources in Turkey continually amaze me. 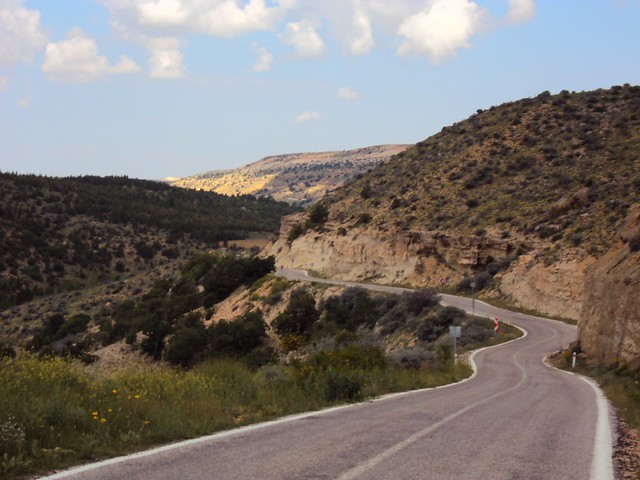 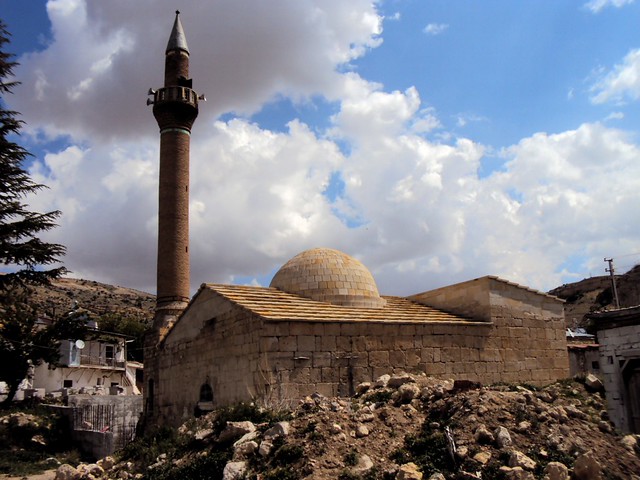 I sort of limped into the provincial capital of Karaman with a rear wheel that was spinning rather reluctantly.  My guess was the rear hub was shot, but a bike mechanic there took half a minute, loosened (or tightened?) something, and it was spinning again!  I should have thought about this more carefully as it came back to haunt me, but at the time I was simply happy to have the bicycle working well again.

As I toured around the Ottoman history in the center of the city, I ran into Akif, Emre, and Dursun.  They saw my bike, and we started talking.  They had hosted a touring cyclist a year ago.  It turned out to be Oğuz who I know from Antalya!  They invited me to spend the night and celebrate Emre’s birthday with them.  Super way to end a great week of touring. 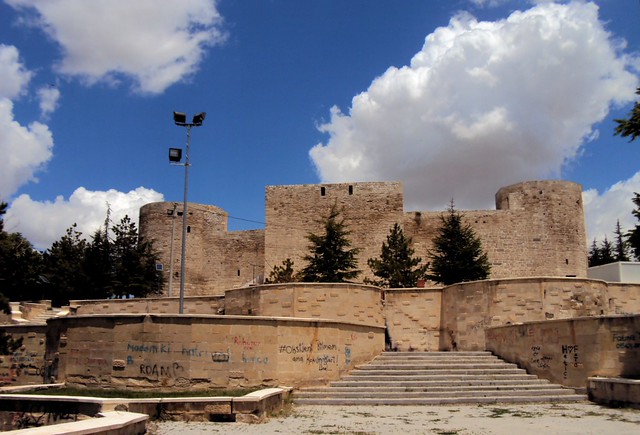 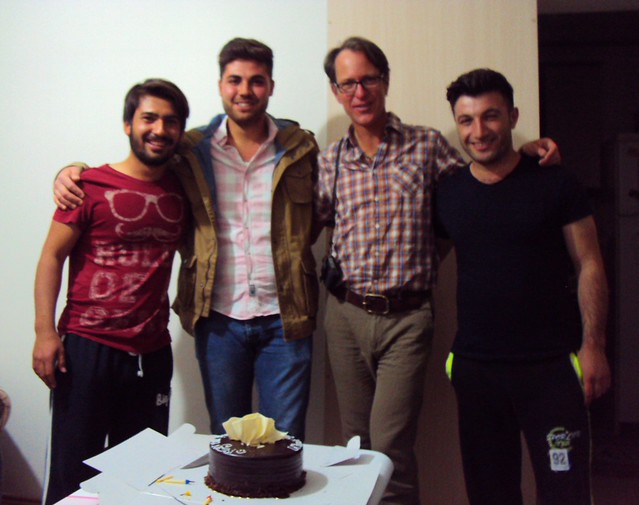