A group bicycle tour from Kayseri to Tarsus

In May Ferda and I decided to join an organized Turkish bicycle tour from Kayseri to Cyprus.  Of course I’ve bicycle toured a lot in Turkey, and I’ve been on group hiking and backpacking and climbing trips, but I had never been on a group bicycle ride in Turkey.  The route was entirely on paved roads.  We started by riding for a day and a half on the main highway from Kayseri to Araplı Geçidi (Araplı Pass).  That section didn’t really have anything to recommend it except that it’s fast.  A more interesting alternative (and longer and more hilly) would to be go through Develi and hook up with our route where it got good on the west side of Aladağlar.  Through there there is really one road, but the views are great, and there’s not much traffic. 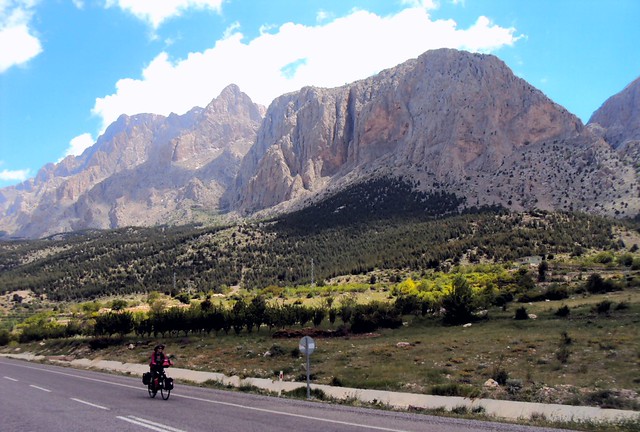 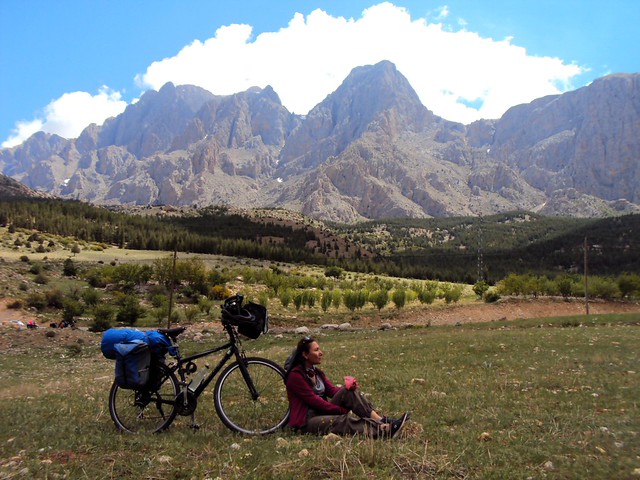 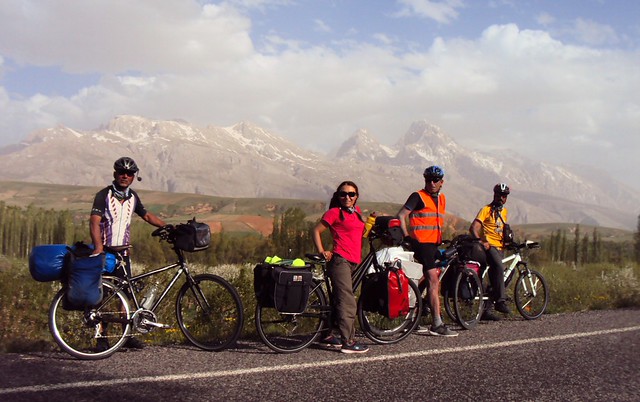 The organizer arranged accommodation each night in larger towns.  For example, we stayed at the municipal gym (kapalı spor salonu) in both Yeşilhisar and Pozantı.  Being in cities has the advantage of having showers and nearby markets, but it’s not as fun as the great camping that is so easy to find in Turkey.  However, with a group of about 25 people like we had, wild camping options are pretty limited.

The morning we left Pozantı started with a fairly long and at times steep climb to Kandilsırtı Geçidi.  Up to this point Ferda had mostly been riding with İrfan Abi especially on the descents where she would moderate her pace to not pass him.  Well, İrfan and I stopped at the pass to take photos.  Ferda kept riding.  The descent was quite steep at the top but started straight into a strong headwind.  At the first hairpin turn, the headwind turned into a huge tailwind, and the descent continued very steeply.  I’m not sure exactly what happened, but Ferda managed to crash going rather quickly.  She ended up arriving in Tarsus before the rest of us as she got a ride in an ambulance from Gülek to Tarsus. 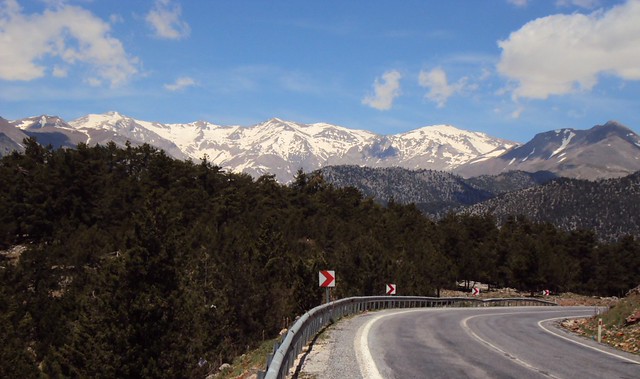 The group continued on from Tarsus without us.  Ferda and I spent three nights at a hotel in Tarsus hoping she’d recover enough to continue riding.  Nothing was broken, but she had some good road rash.  In the end, though, she returned to Antalya by bus, and I spent the next two weeks cycling on my own on a stellar route through the Toros Mountains back to Antalya.

Kayseri has some nice Ottoman monuments. 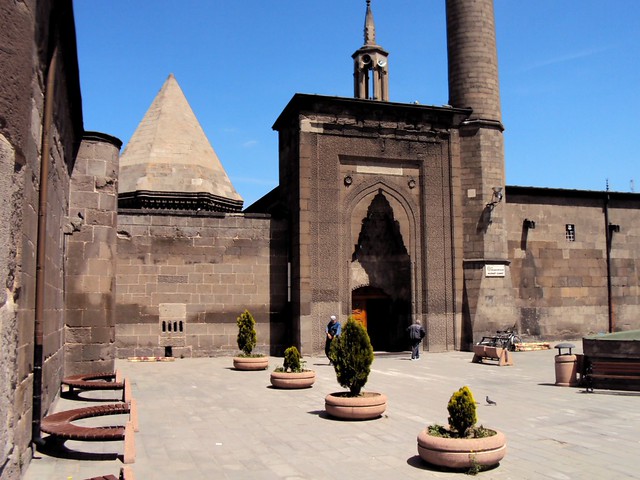 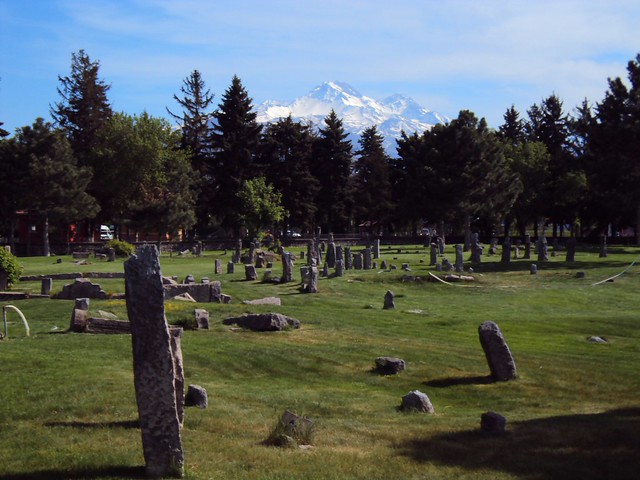 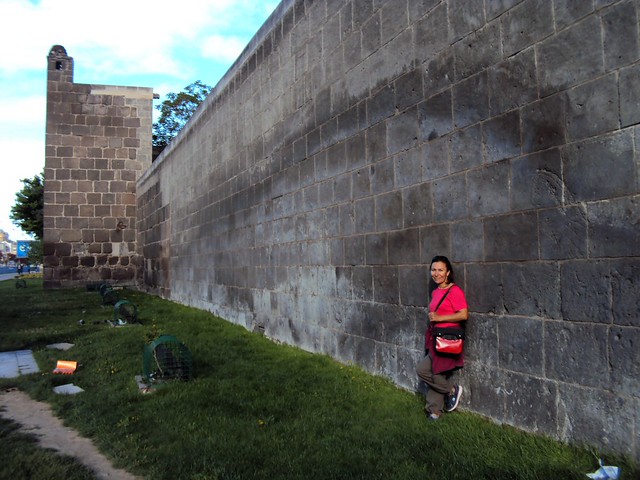 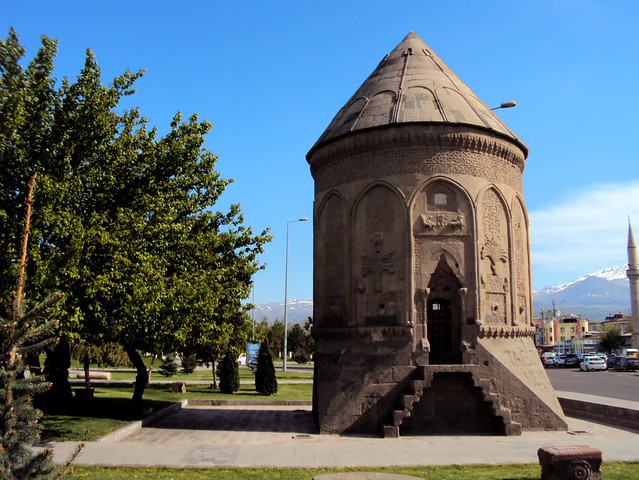 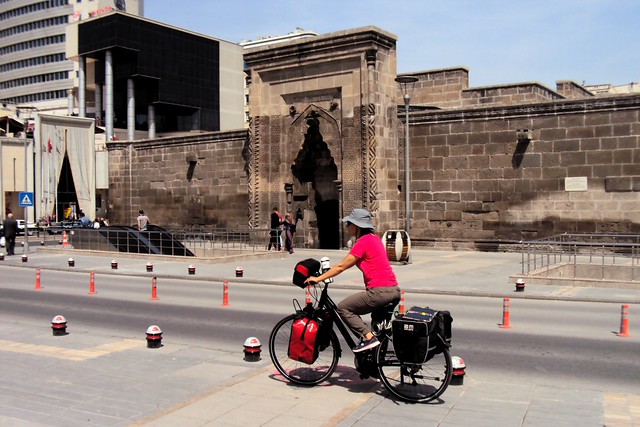 Tarsus also has Ottoman monuments, but it’s more famous as the birthplace of Paul who wrote a bunch of the books in the Bible and spread Christianity through Anatolia.  There’s not much left from that long ago, but most tourists make a pilgrimage to St. Paul’s Well to drink the holy water. 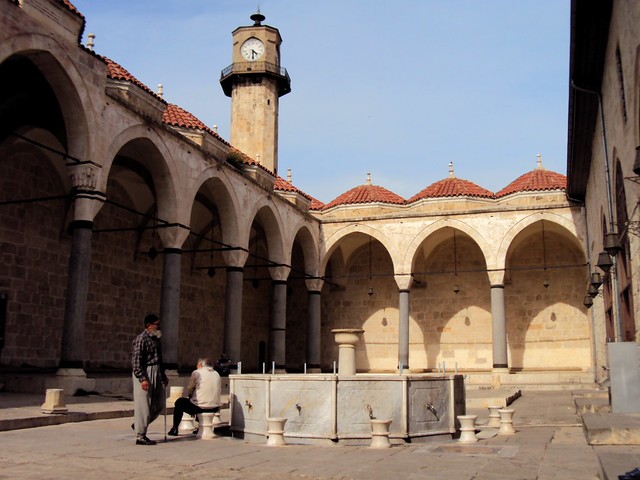 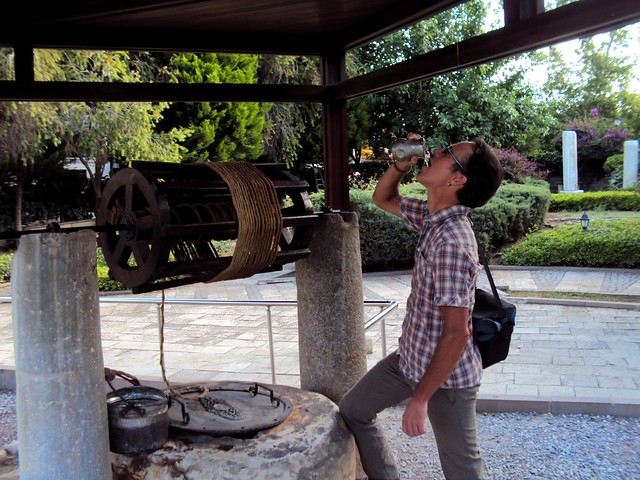