The first time I climbed the trad routes at Hurma (Hurma Kayaları), I was surprised to find bolts on Etli Döner.  There are over 1000 bolted routes nearby at Geyikbayırı.  Why would anyone want/need to bolt some of the few trad routes in Antalya?  I asked the trad climbing guidebook author, Yılmaz, about this after seeing the bolts.  I was certainly surprised that he knew nothing about the bolting there.  He was shocked and said bolting definitely wasn’t allowed in that area.  He immediately sent someone up to cut the bolts (the two-bolt anchor halfway up the route was left in place for ease of descent).  Of course, it’s important to do this sooner rather than later to send a message to the bolter that this won’t be tolerated.  As far as I’ve heard, no one knows who did the bolting.

Ferda and I went up there again and climbed a couple routes on the same face with Fahri and Kevser.  It’s a fun place to spend the day.  Here’s Ferda making her way up to the first belay station: 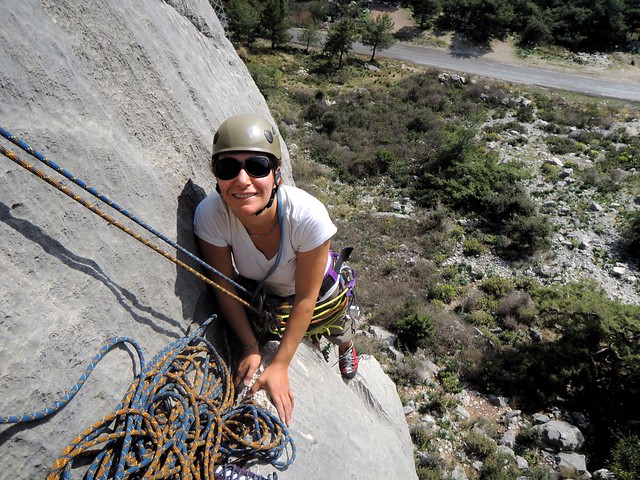 Look, you really can use trad gear in Antalya: 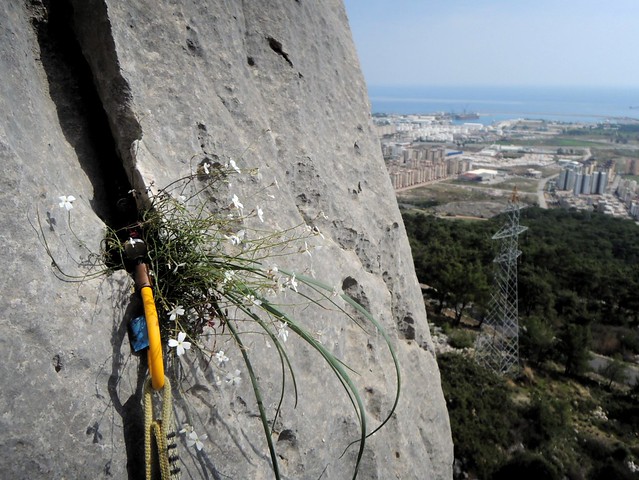 Ferda, belaying me up the second pitch: 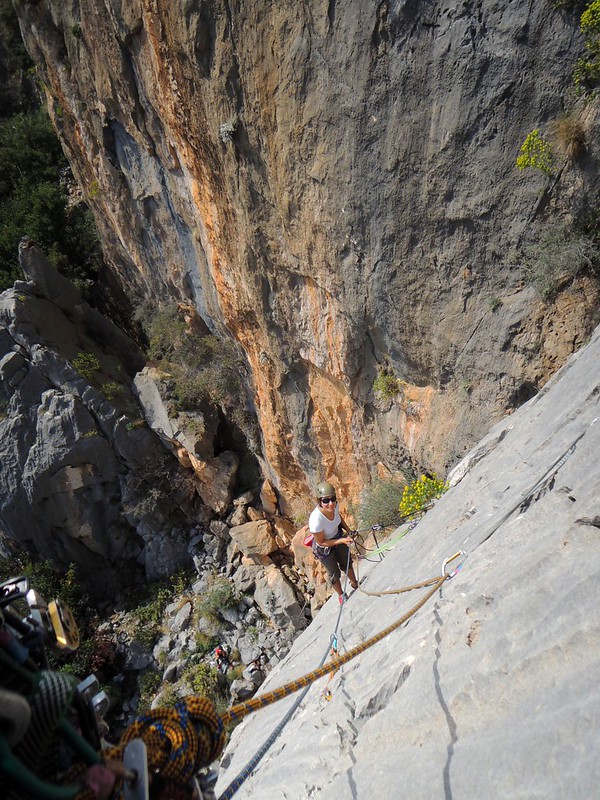 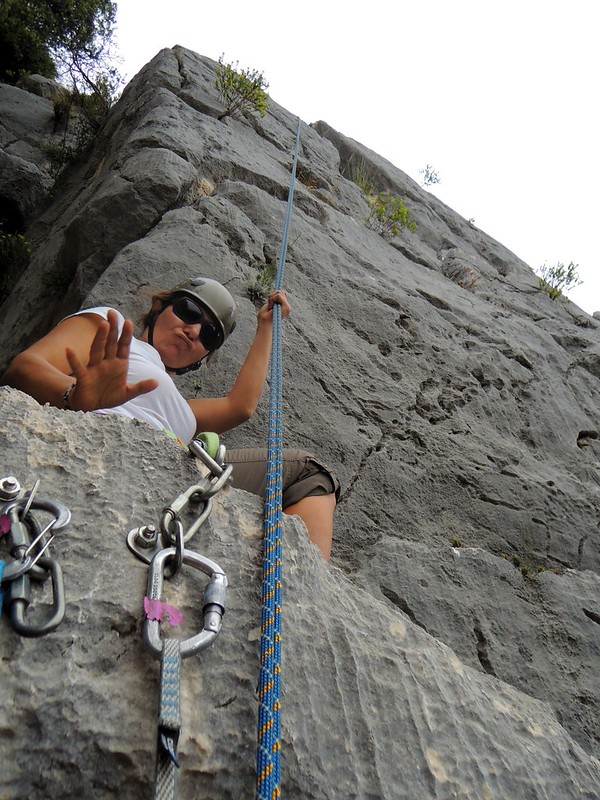 Fahri and Kevser at the top of the first pitch: 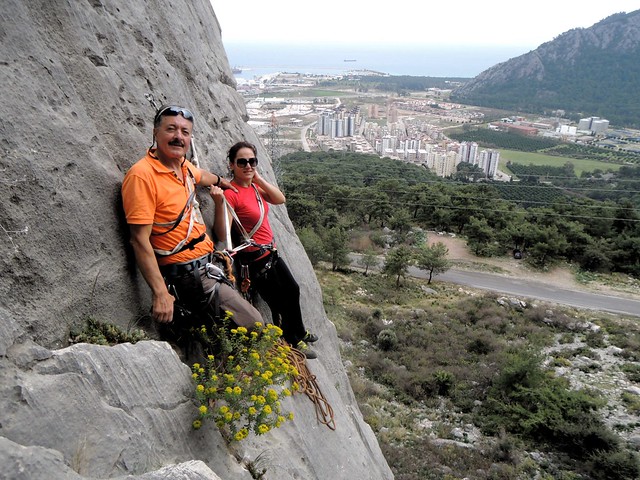 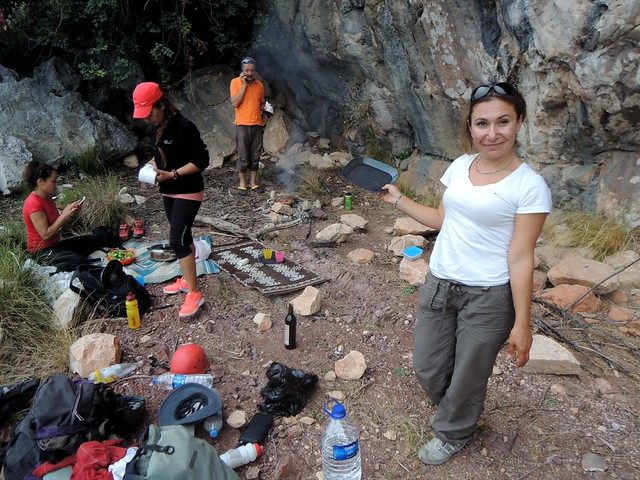 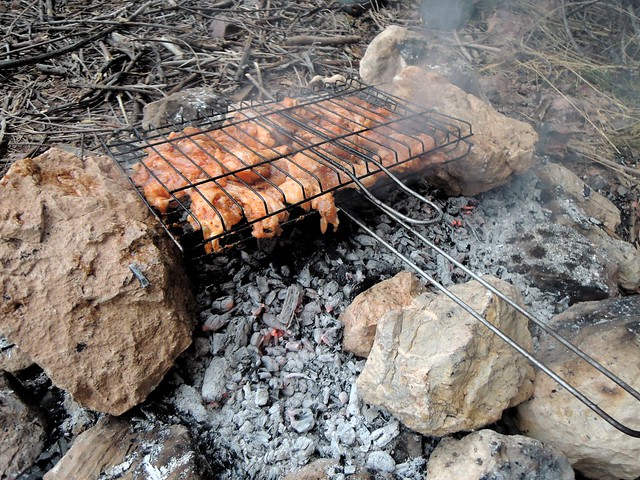 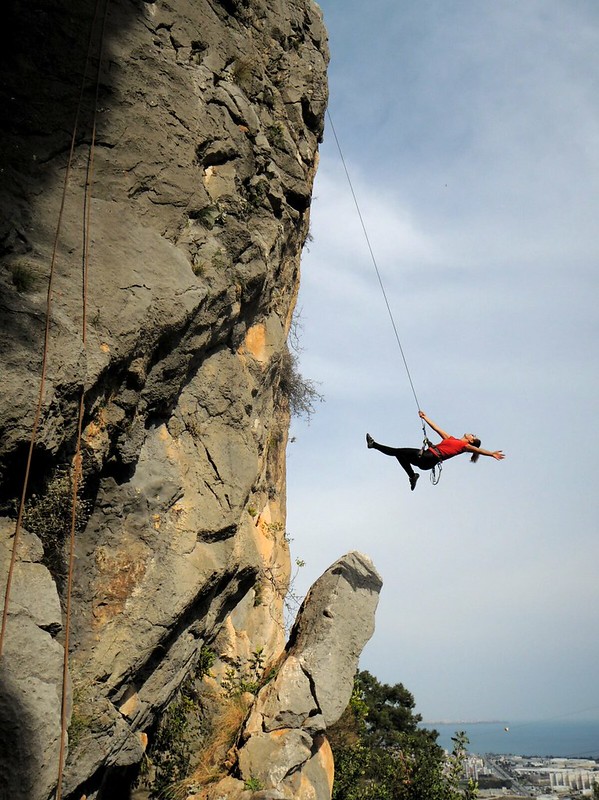 This entry was posted in Climbing, Turkey and tagged Antalya, Hurma Kayaları. Bookmark the permalink.