Rainy bicycle touring at the Aegean: Fethiye to Milas

My first (and last) bicycle tour in Turkey in 2018 didn’t start till December.  Ferda wanted to go to İzmir and help out Seda with her new baby.  She took the bus — actually, I guess she flew –, but I decided it made sense to bicycle there.  Since I had already cycled two routes between Fethiye and Antalya, I took a bus to Fethiye and started my tour to İzmir from there.

Although overall my route focused on old Roman cities, this first week of touring was more about the scenery, and as it turned out, some interesting historic sites from the Ottoman period.  I also visited a number of modern Turkish resort cities including Göcek: 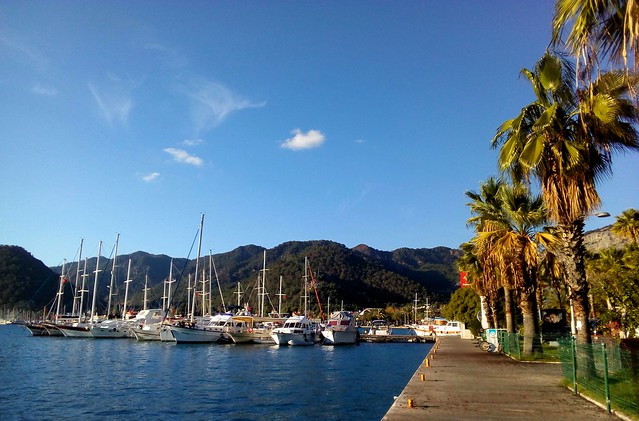 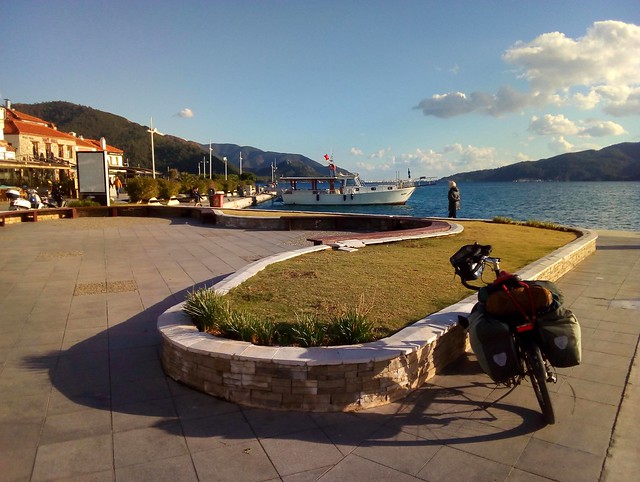 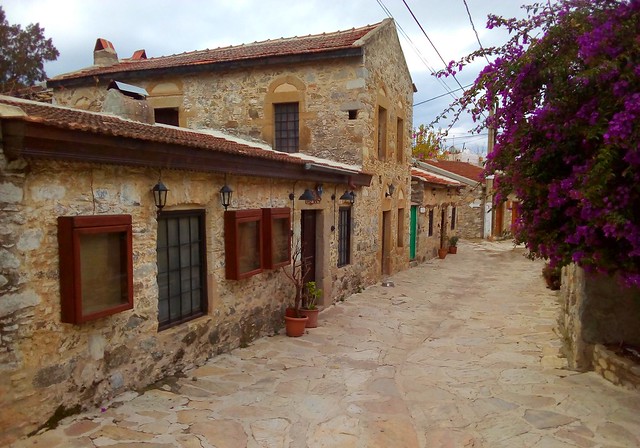 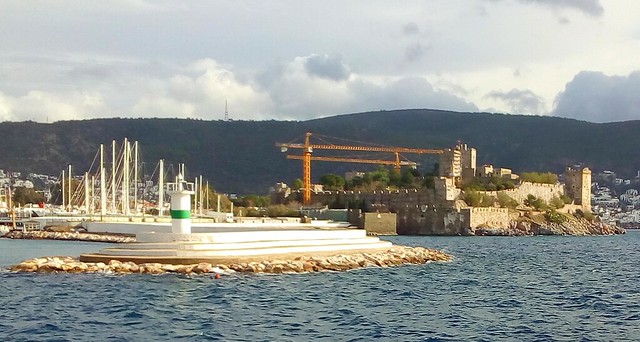 On these tours usually I camp, like at this nice spot I found on the first night of the trip: 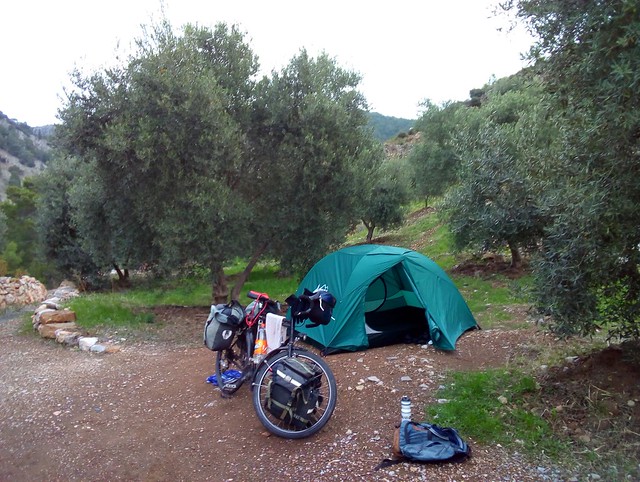 I felt a little indulgent splurging on a hotel in Dalyan on the second night of the trip, but I arrived in the late afternoon, and, really, it was raining quite hard.  The following morning I enjoyed the sunrise at nearby Kaunos, the most impressive Roman site I visited on the first week of this three-week tour. 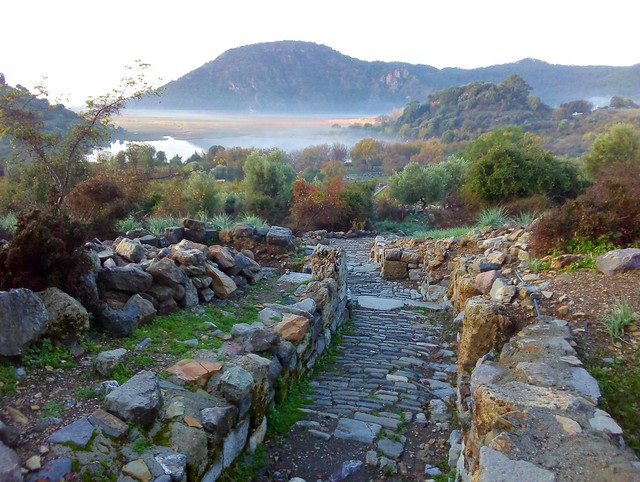 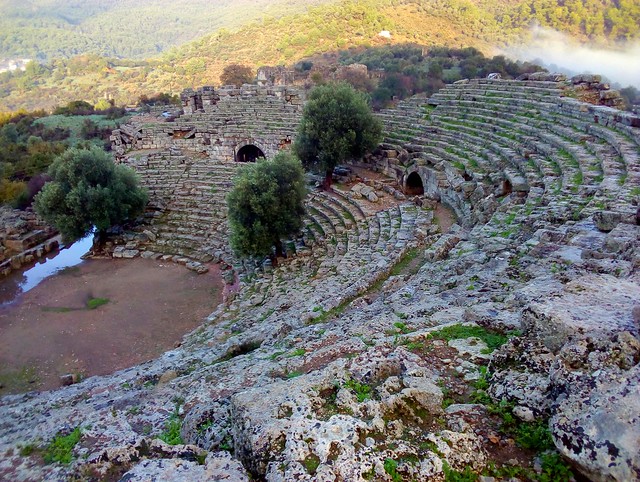 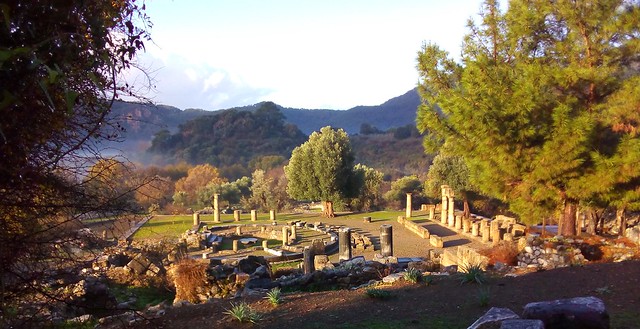 Much of the best scenery I saw was on the unexpected out and back between Sultaniye (near Köyceğiz Gölü) and Büyükkaraağaç.  A nice quiet road, beautiful wetlands, and a stunning bay: 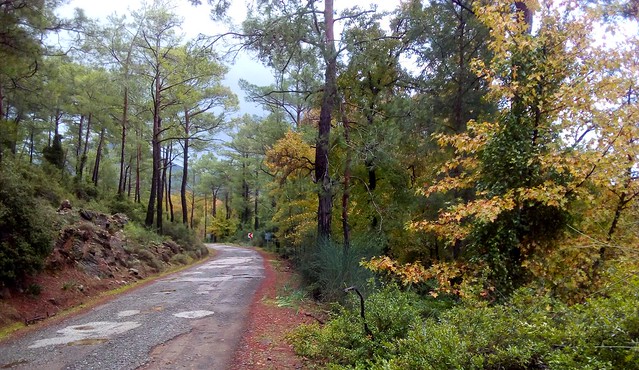 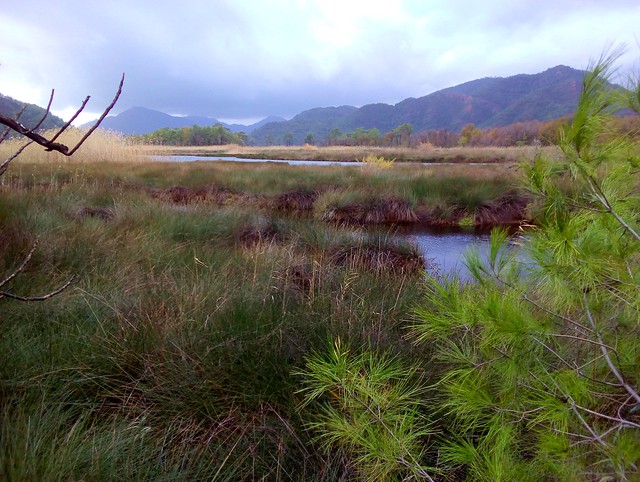 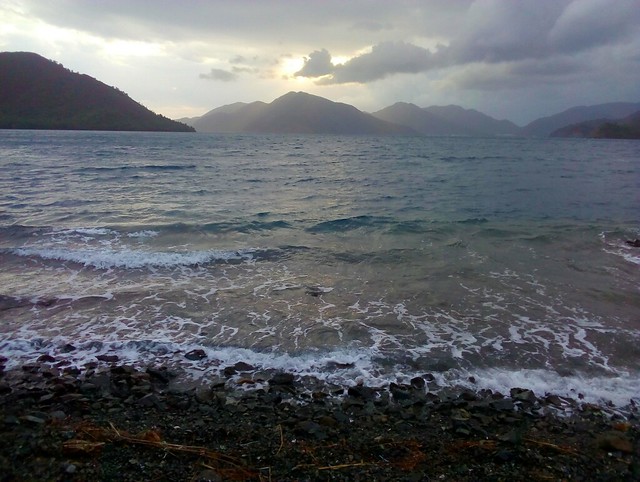 But why was the place so deserted?  Well, it turns out that all through roads are closed, for military access only.  🙁  Thankfully the (much longer) way back around via Köyceğiz Gölü (a lake) was also pretty. 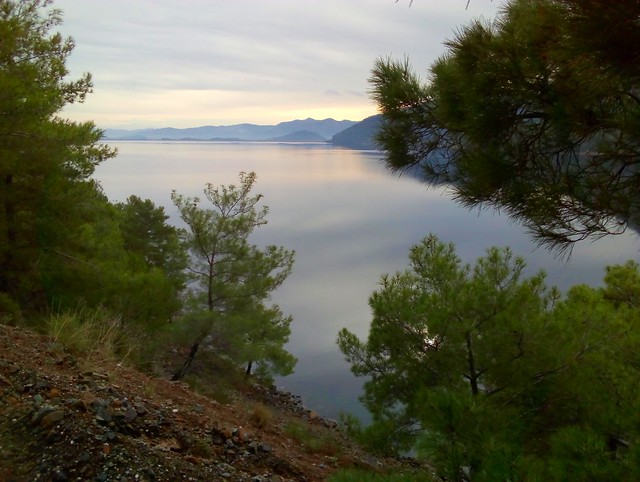 A second unexpected disappointment was that access to Kedrai, an old Roman city on Sedir Adası (an island), is closed in the winter.  In season small boats leave from the pier at this pretty bay: 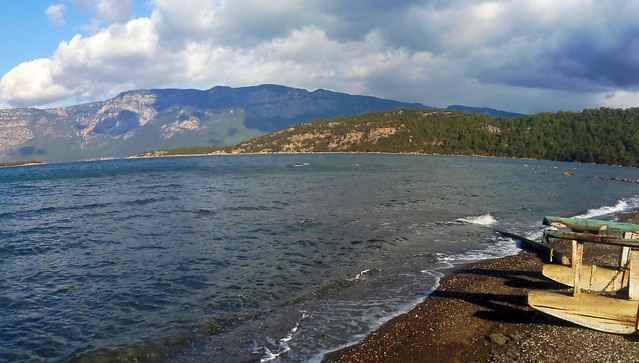 However, with unexpected disappointments came unexpected surprises as well, like the narrow winding streets in the center of Marmaris: 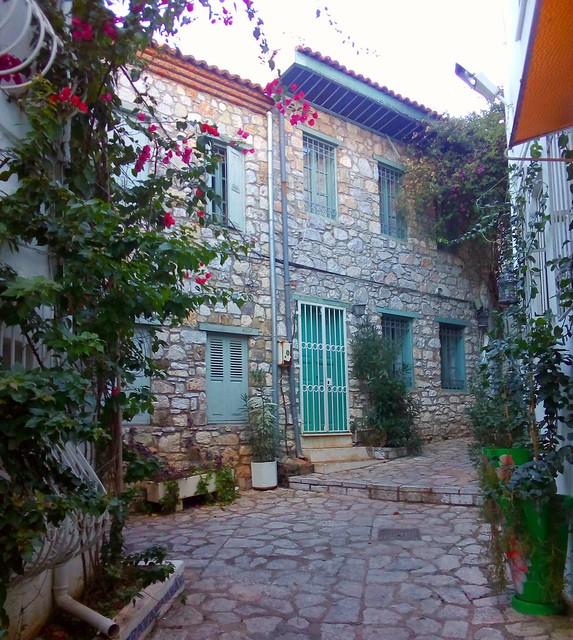 and the scenery between Marmaris and Datça: 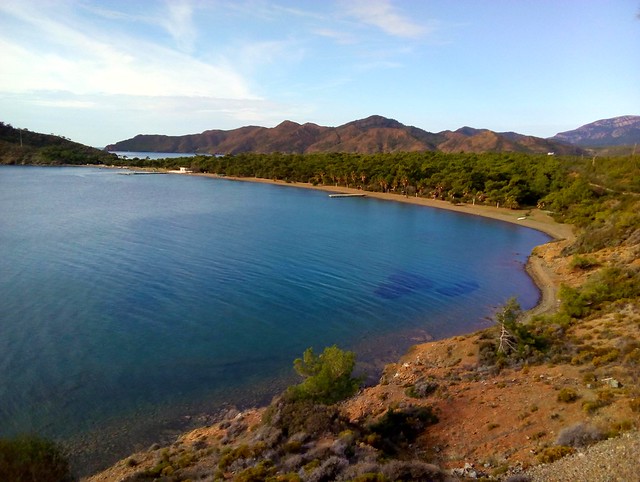 For me the biggest surprise of the week was all the old Ottoman-era cisterns, mostly between Bodrum and Milas.  Later I learned that there are over 300 of these cisterns in Muğla Province (İl), designed by Mimar Sinan and constructed during the reign of Süleyman the Magnificent. 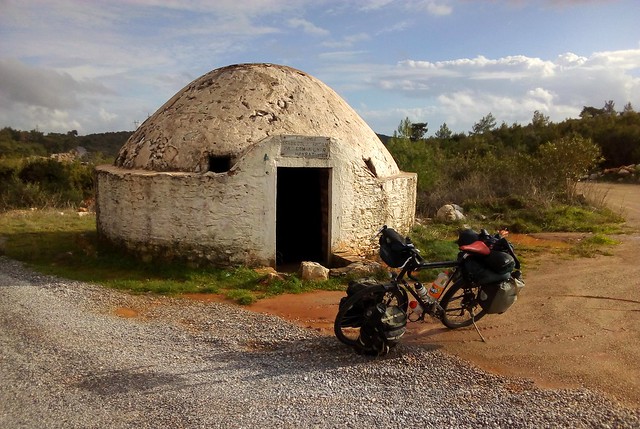 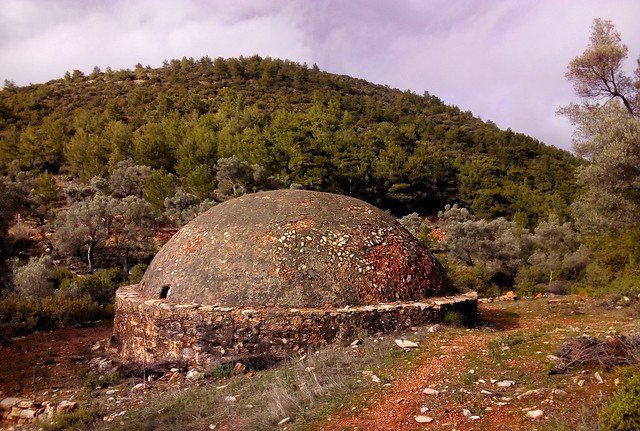 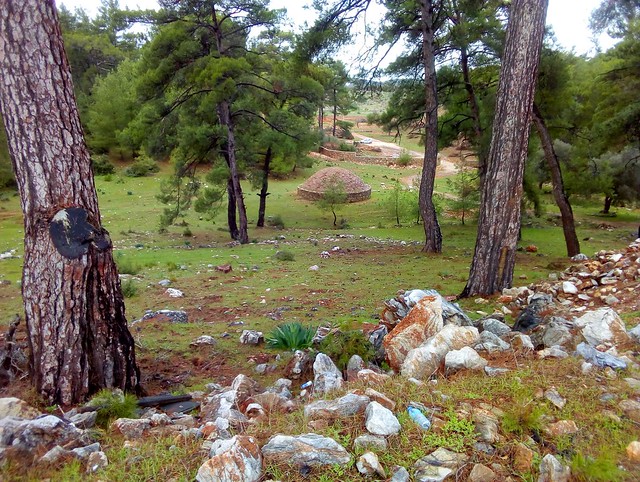 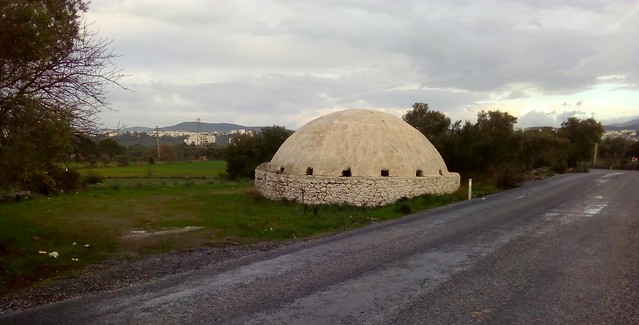 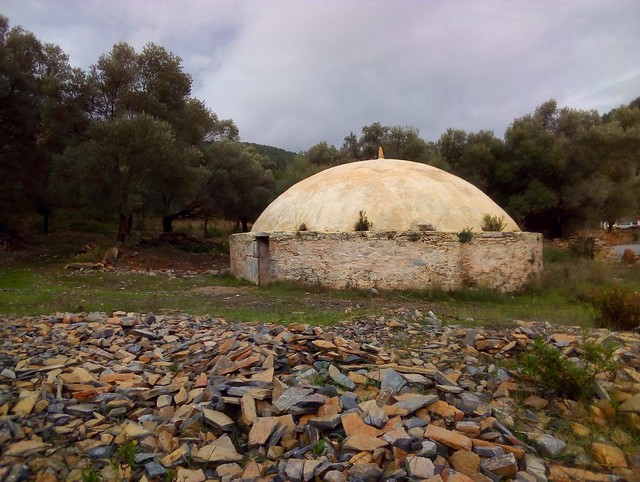 Perhaps my favorite site of the week was the ruined Ottoman city of Beçin.  I’ve seen so many ruined Roman cities (stayed tuned, there are some good ones coming up in the next blog…), but I’ve rarely visited Ottoman city remains.  I certainly enjoyed a couple hours wandering around the Beçin ruins. 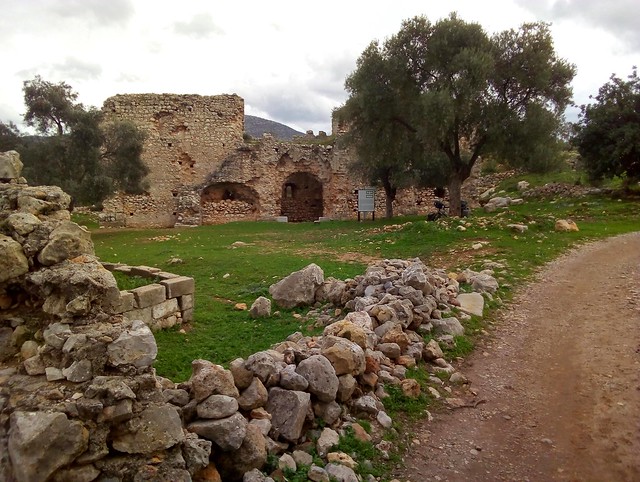 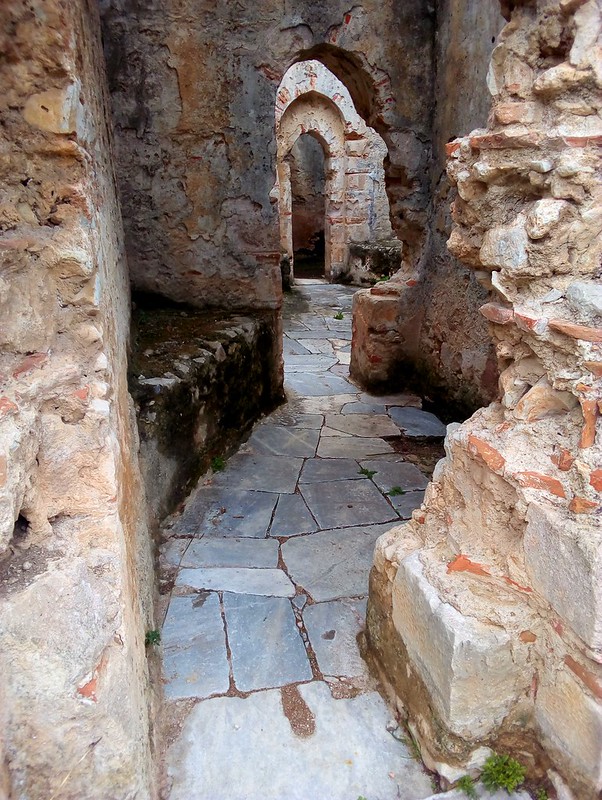 That afternoon I coasted into Milas and spent a couple nights in a comfortable hotel there, waiting out yet another rainstorm.

1 Response to Rainy bicycle touring at the Aegean: Fethiye to Milas