It’s hard for me to get motivated to go skiing in Antalya.  It’s a long drive, and the snow is usually not very good.  This year, however, I got out twice.  The first time Seb convinced me to go to Saklıkent, the closest ski resort to Antalya.  I’d been up to Saklıkent on my bike, but I’d never been there in the winter.  I’m not too keen on ski resorts, but it’ll be a powder day, Seb insisted, and I figured it’s good for me to get out and see something new every once in a while. 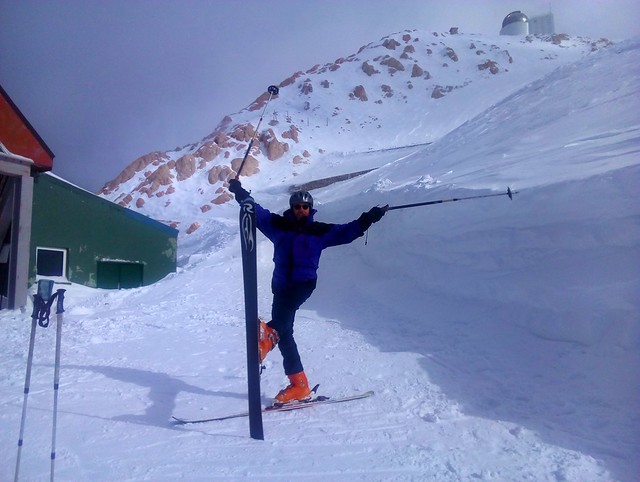 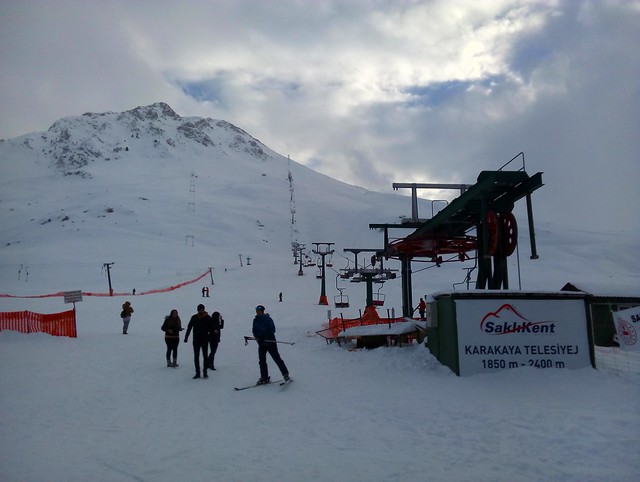 Well, the snow was about as good as I expected: horrible — there had been too much wind.  The good news was that you pay per lift ride so I didn’t have to feel bad about only taking four rides.  Anyway, that’s 2200m vertical which is a big day in the backcountry!  I took a real run once.  The rest of the times I used the groomed slope that looked something like this: 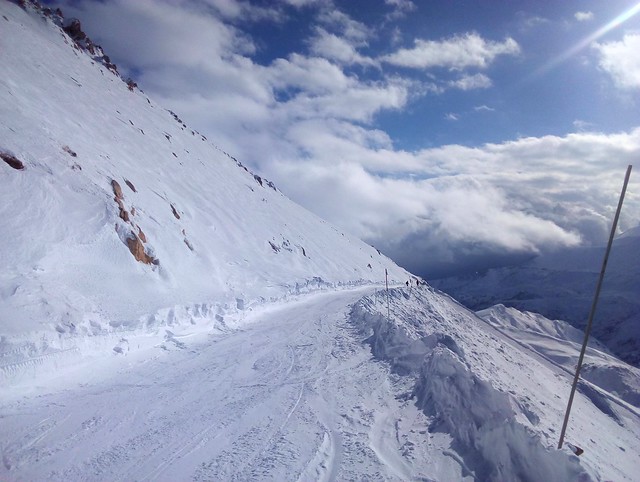 It was all worthwhile since we had an excellent dinner at Seb and Çiğdem’s house at the end of the day. 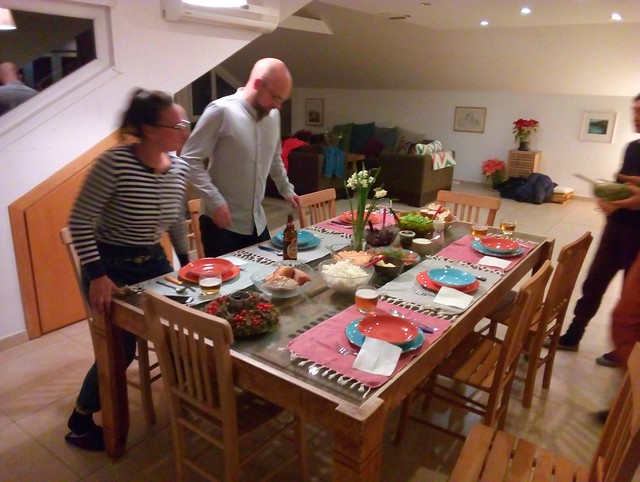 The motivation for my second day of skiing in Antalya this year was to get out in the backcountry and make sure all my equipment was in order for a two-week ski tour in eastern Turkey.  Ah, now that’s a good reason to ski in Antalya! 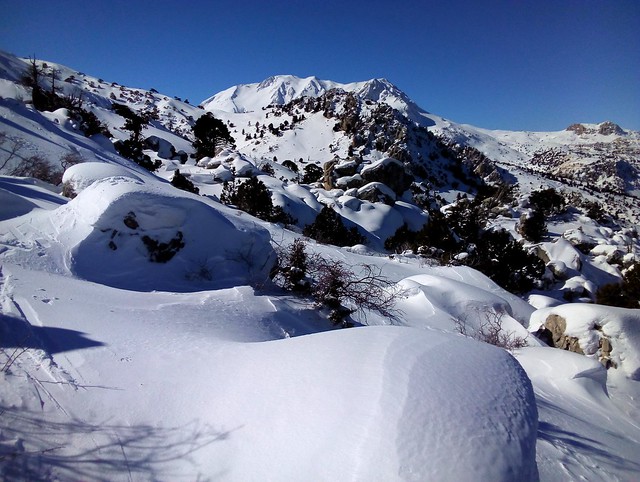 Seb, Guillaume, İsmet, and I headed up the Moryer road, parked where the snow-plowing ended, and skinned up Alabelen (aka Eren Dağı, but there are other Eren Dağı around).  Again, the snow was lousy, but it was a backcountry day so we spent most of the time going uphill (when lousy snow isn’t such an issue). 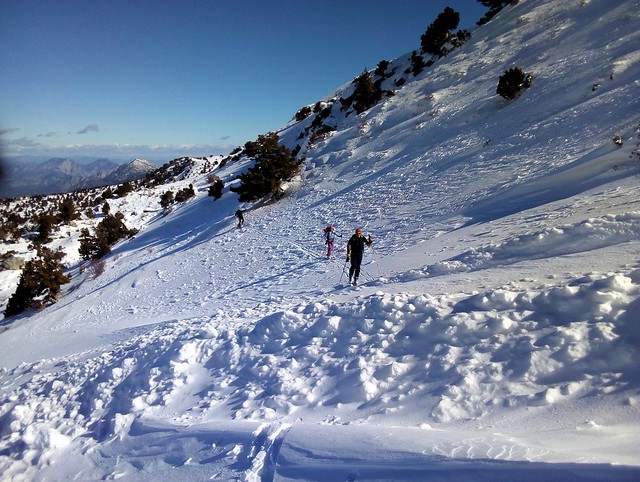 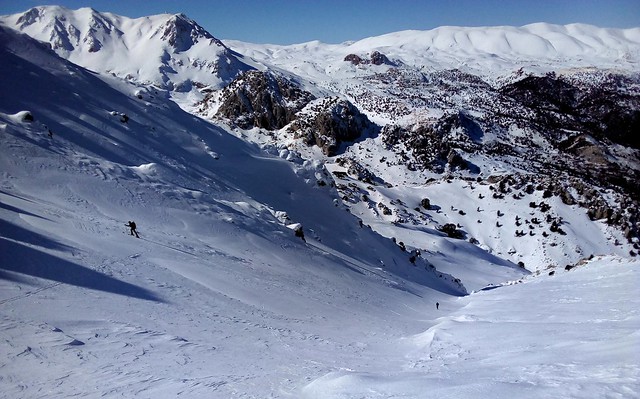 We had some nice views when we reached the ridge: 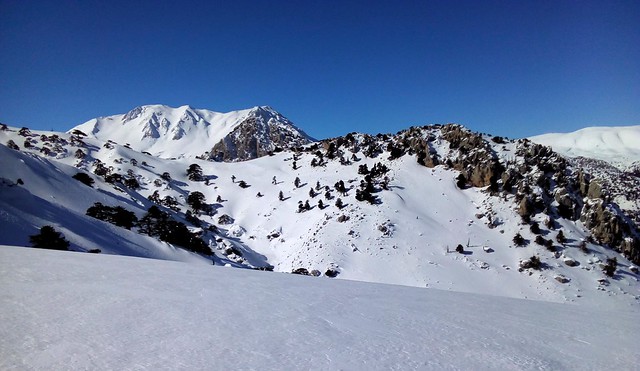 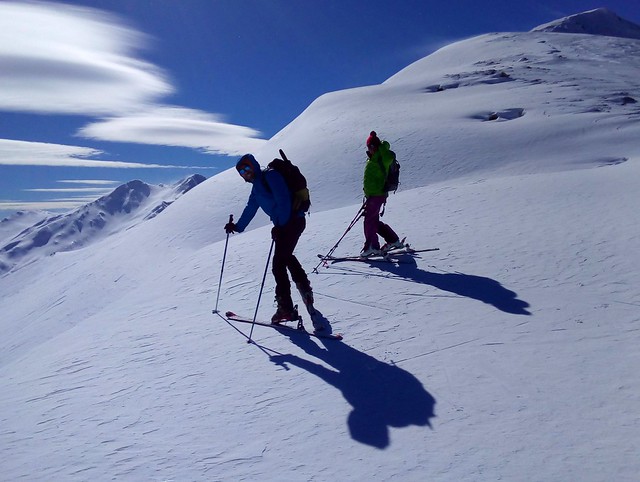 and from the summit a great view of Tunç in one direction: 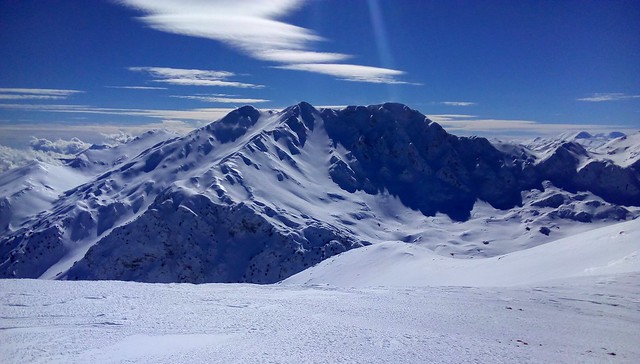 and the Mediterranean Sea in the other: 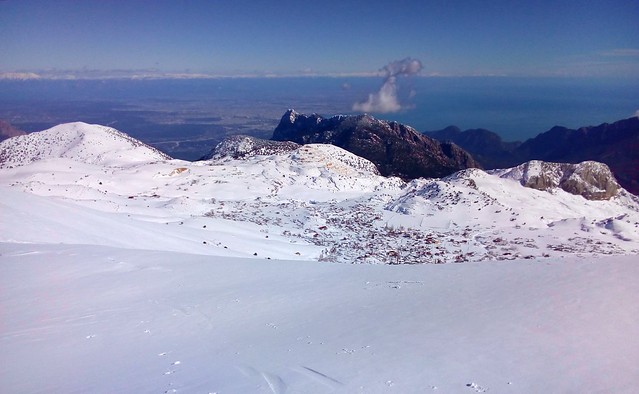 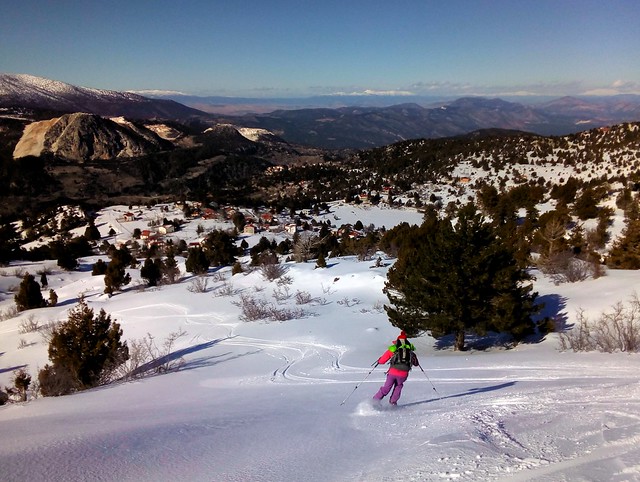 My equipment seemed to be working fine so it was time to head to eastern Turkey and see if I could find the powder!

This entry was posted in Skiing, Turkey and tagged Alabelen, Antalya, Mor Yer. Bookmark the permalink.

1 Response to Skiing in Antalya again