A walk up Dedegöl Dağı in the winter

This was my first trip to Dedegöl Dağı.  It’s in a slightly remote area of Isparta between Aksu and Yenişarbademli, between the big lakes of Beyşehir and Eğirdir.  Özgür had been to Dedegöl before in the summer (or spring?) to make a film to support the opposition to a marble quarry in the area.  It appears for now that that effort was successful.  Dedegöl Dağı has been added to Yazılı Canyon National Park, and no one is currently moving forward with mining plans.

I’ve had a bicycle tour planned in this area, and I’ve also wanted to come here for climbing in the summer.  Climbers come to Dedegöl Dağı for trad climbing on the south (??) side of the massif.  It’s a relatively undeveloped area with good scenery.  I’d definitely like to come back.

The drive from Antalya is long (over three hours), partly because once you leave the main Antalya-Isparta highway, there’s quite a distance on a curvy narrow road to cross the mountains to Kovada Gölü.  As I know from cycling here, this part of Isparta is very hilly.  Özgür and I stopped for a filling lunch in Aksu and then climbed (by car) to about 1800m, happy that there wasn’t too much snow on the road. 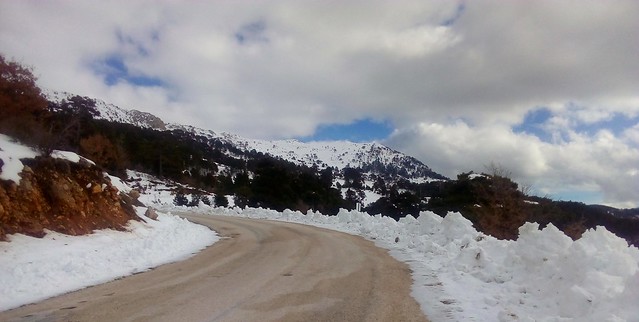 We walked in about 3km that afternoon and ended up putting the tents near the top of the forested knob in the center of this photo: 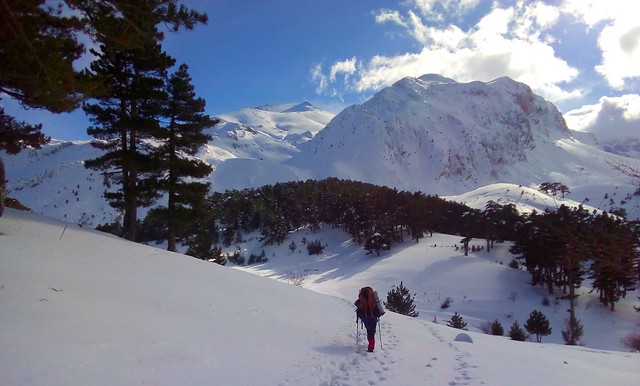 The summit of Dedegöl Dağı is the small triangular peak on the horizon in the back center-left of the (above) photo. 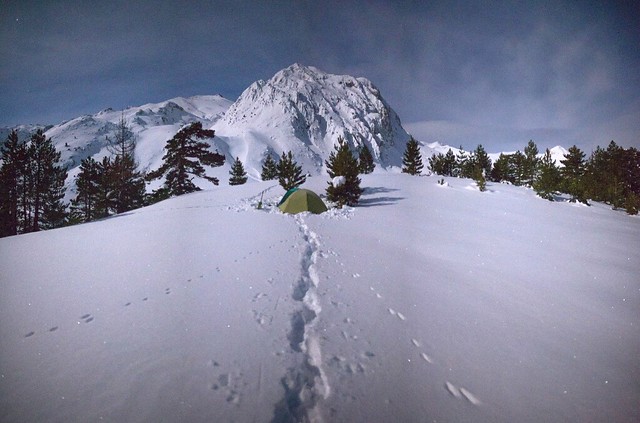 Most of the route is visible in this photo (below).  It looks there might be some up and down, but there’s hardly any — it’s almost all uphill to the summit. 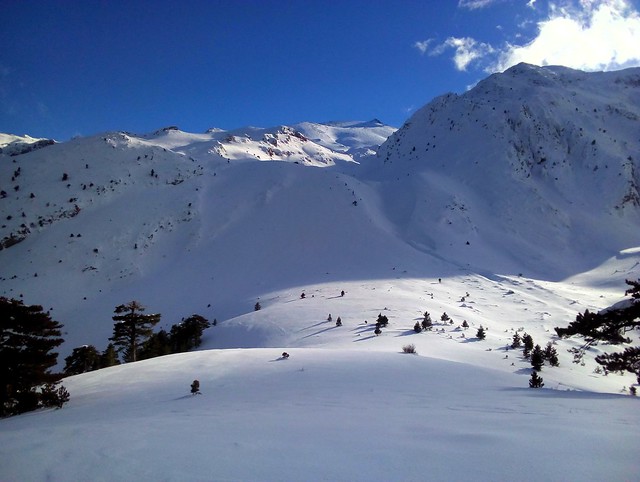 Sitting in the snow making dinner: 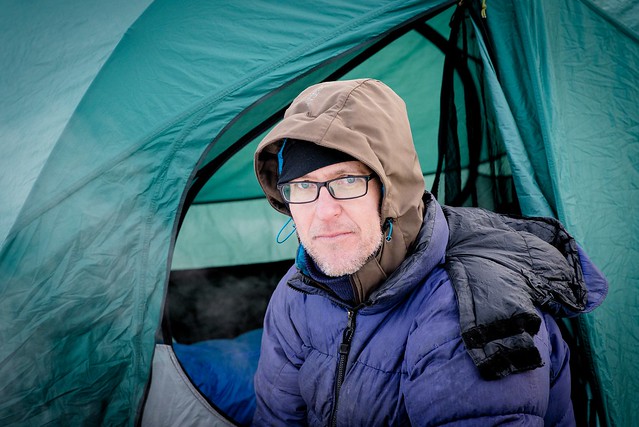 The following day it took us 7 hours 15 minutes from our camp to the summit and back.  We lucked out with the weather in that there were nice views for a couple minutes when we first arrived at the summit.  Then the clouds came in, and it was socked in for the rest of the day.  For a while during the descent, visibility was about zero.  Exciting! 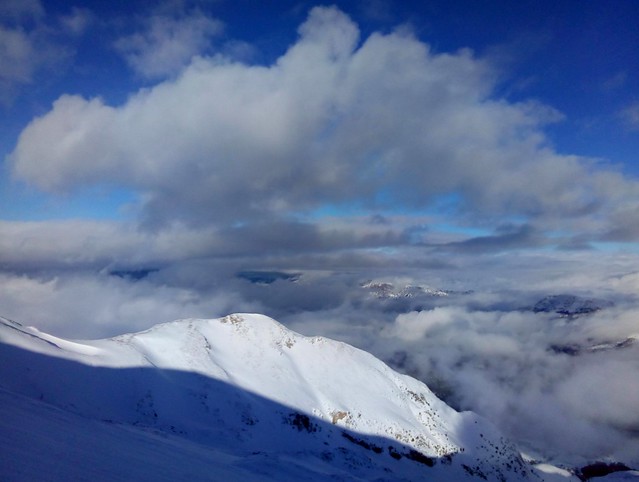 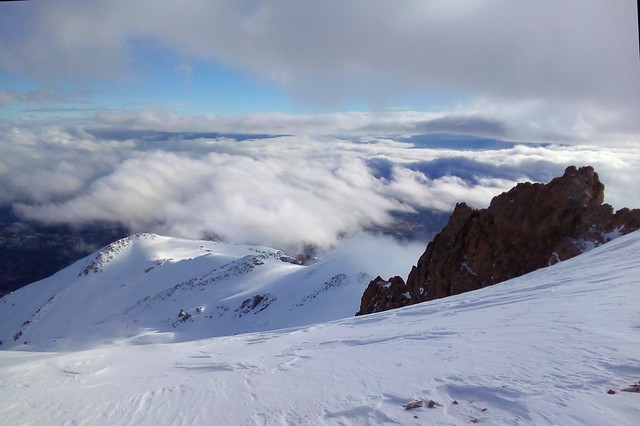 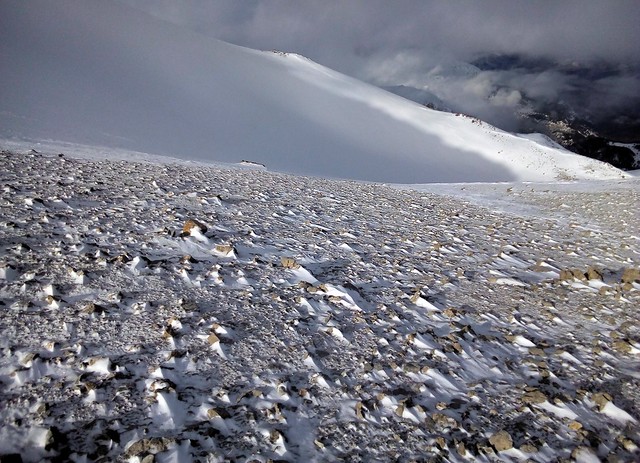 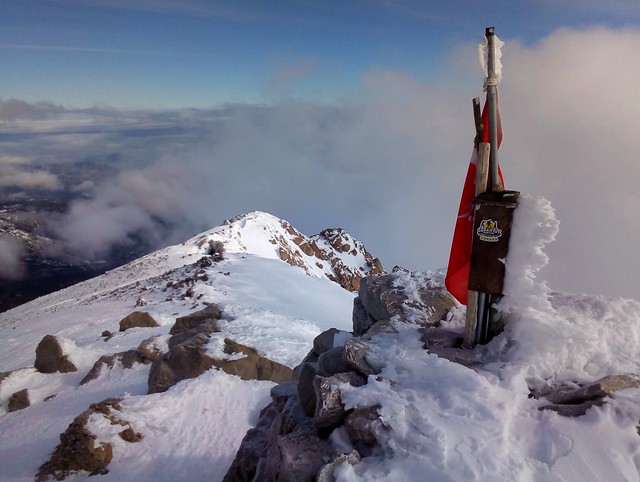 It was snowing hard at times, like here during the last couple kms as we walked along this dirt road to the main (paved) road back to the car: 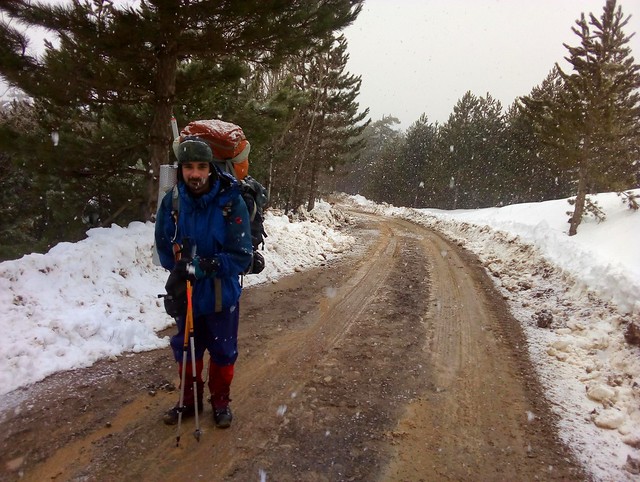 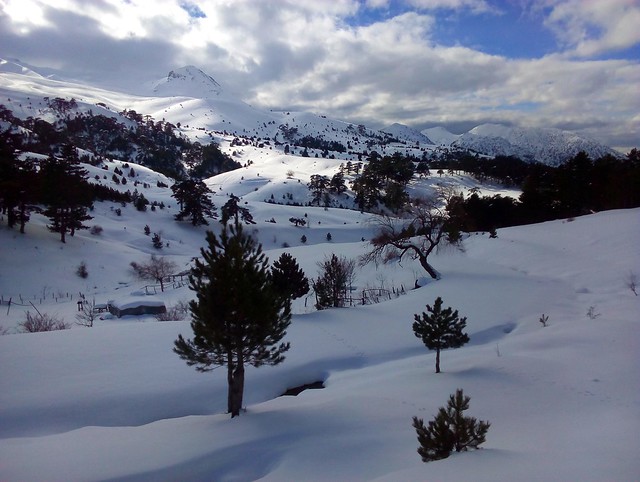 2 Responses to A walk up Dedegöl Dağı in the winter