Two years ago at the end of August I descended Güver Uçurumu for the first time.  It was hot and dry, and I knew I wanted to try canyoneering here when the river was running.  I don’t know that the creek dries up every year though it did two years ago.  I heard there was still a lot of water well into September this year.  This year’s trip was on the last day of July, and you’ll see from the photos that there was plenty of water.

There is no USGS-equivalent website to check the flow rate of this small stream, a tributary of the (also small) Karaman Çayı, so I bicycled up one morning to the rappel point to check things out.  It looked like this: 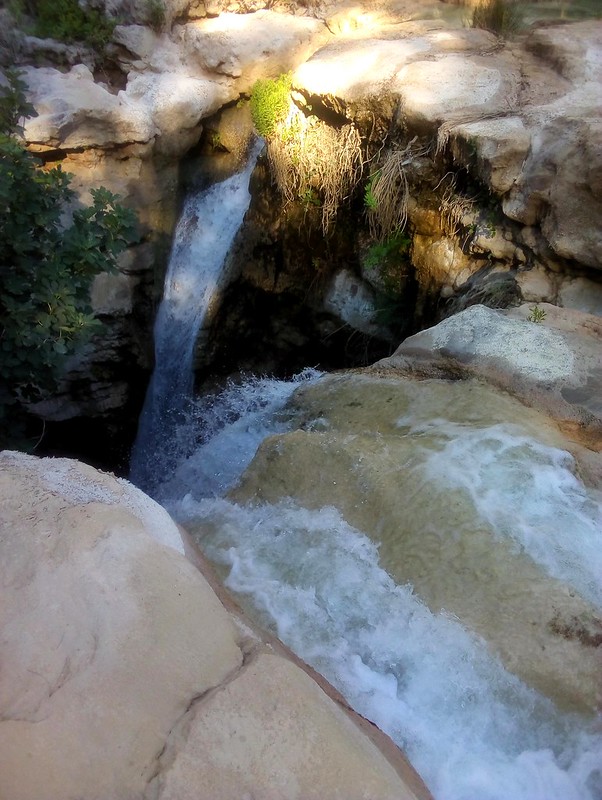 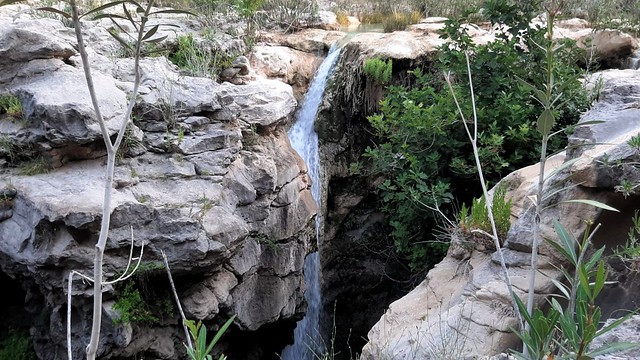 Well, that’s a fair bit of water!  There had been absolutely no flow when we went two years ago.  I sent a couple messages, and two days later, on a Wednesday, eight of us were heading into the canyon.

I recommended that everyone bring a life jacket and a wetsuit, but no one listened to me.  In hindsight, however, most people wished they had both.  If you’re not a strong swimmer, do not go in without a life jacket.  The worst part is getting out of the rappel in the deep, wavy water with a good current and lots of wind blowing around the narrow space.  It’s loud so you can’t hear and misty so you can’t see — a bit frightening overall.

Here’s looking back toward the crazy cavern where the waterfall comes in: 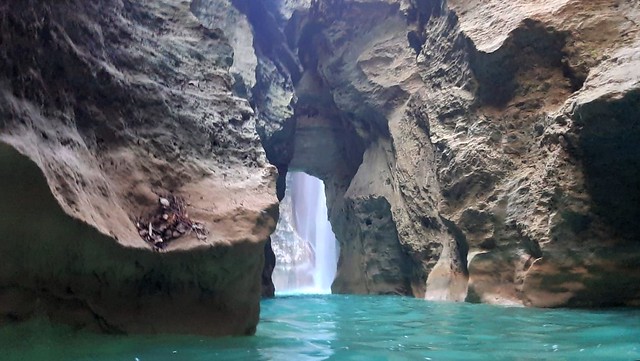 Things get calmer and easier after that, but there was a lot of swimming.  With no water two years ago we had to do three more rappels to get down steep sections.  However, the canyon was so full of water this year that we didn’t use the ropes after the initial descent. 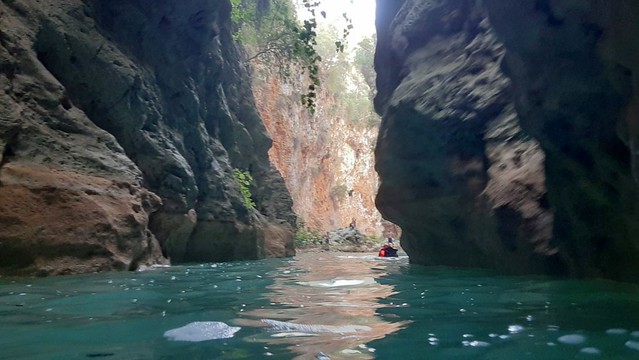 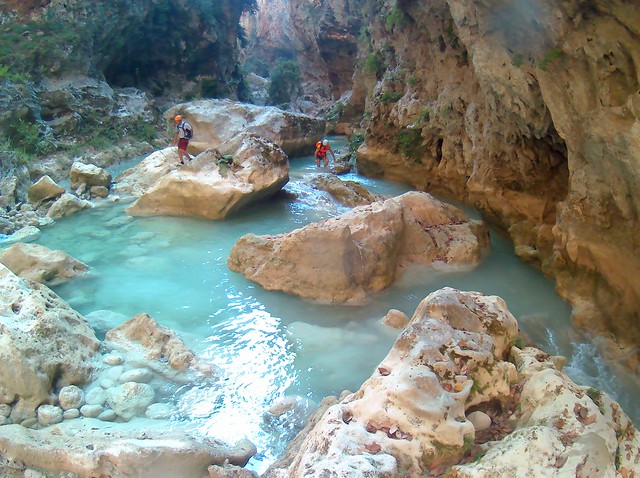 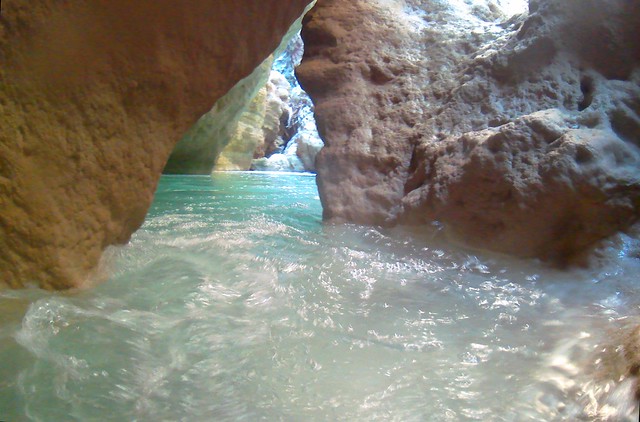 It was super fun. 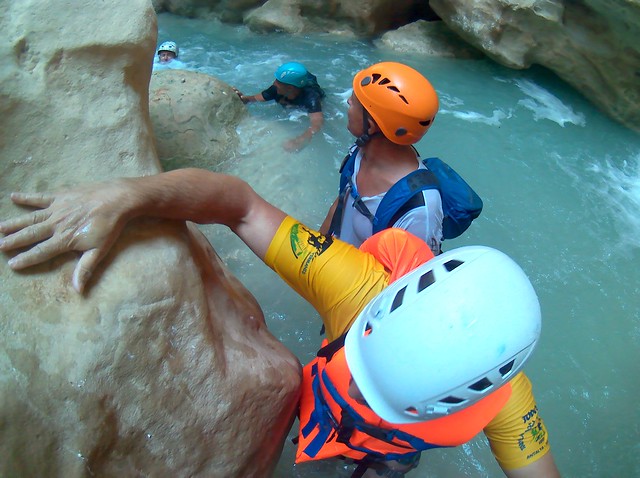 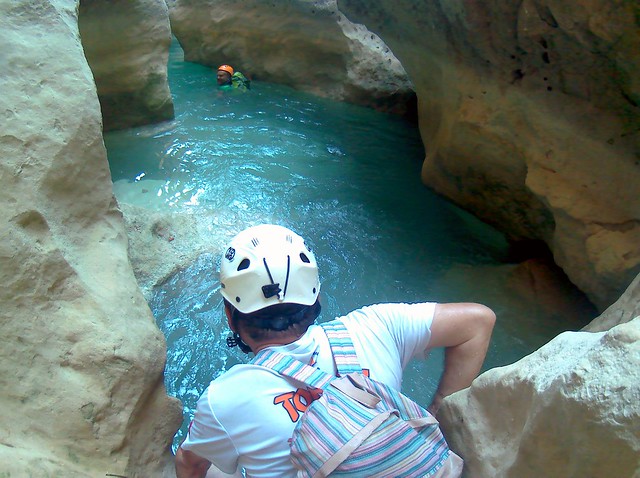 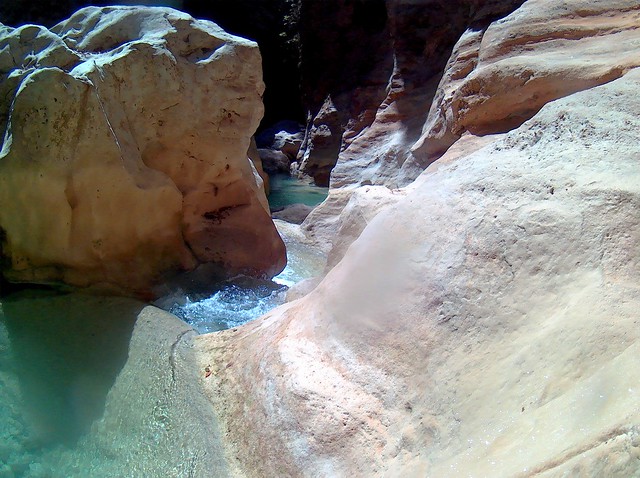 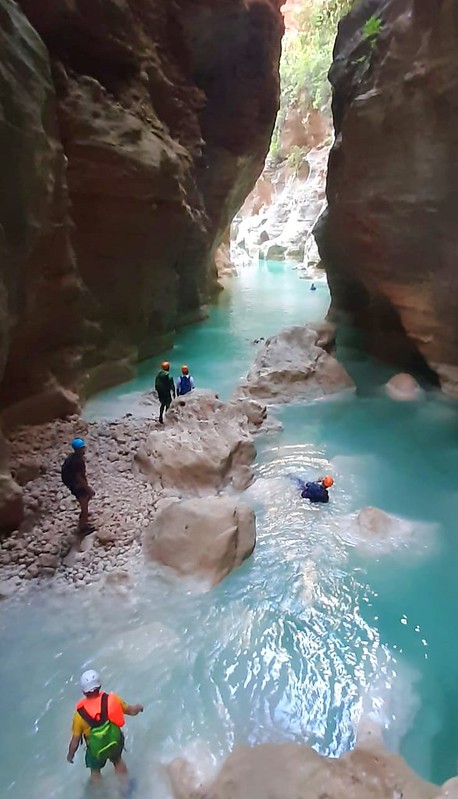 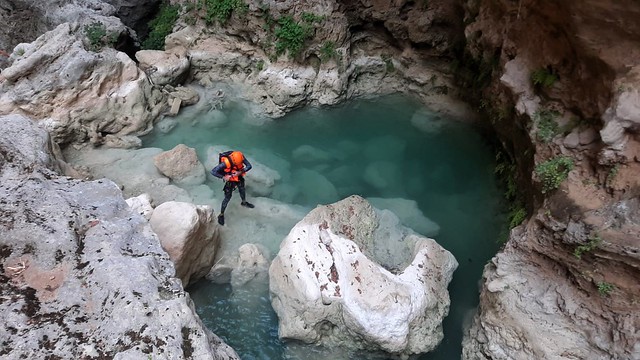 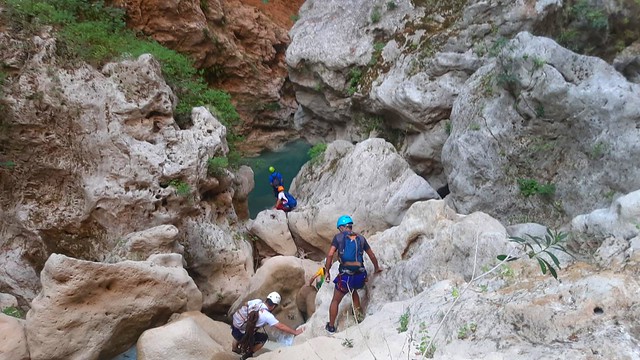 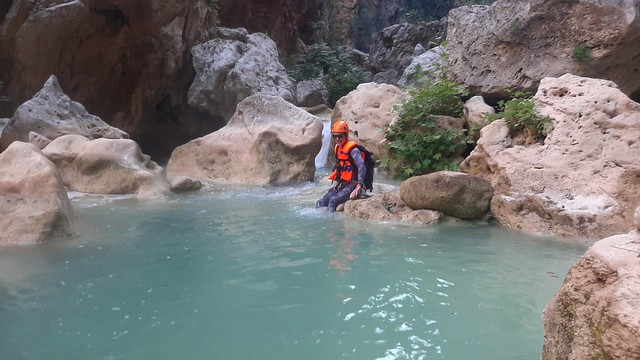 After the canyon opens up, it’s possible to keep going below the confluence with the Karaman Çayı all the way to Kapuz Boğazı, not far from Aşağıkaraman.  That’s exactly what Caner and I did this year.  The others hiked out and up to the car, mostly ’cause they were afraid of the unknown into the narrow canyon above Kapuz Boğazı.  It turned out to be no problem, just a fair bit of swimming.  Caner and I reached Kapuz Boğazı well before the rest of the group reached the car, and they drove down to Aşağıkaraman to pick us up on the way back to Antalya.  Unfortunately I don’t have any photos from that last bit because my battery had died by that point.  Haha, an excuse to go back!

Thank you to my co-conspirators for another successful adventure, Fahri for the organization, Şahin for driving, Caner for continuing on to Kapuz Boğazı, and Levent for quite a few of the photos in this post. 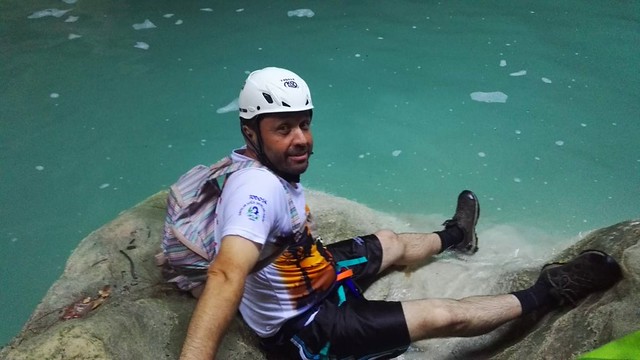 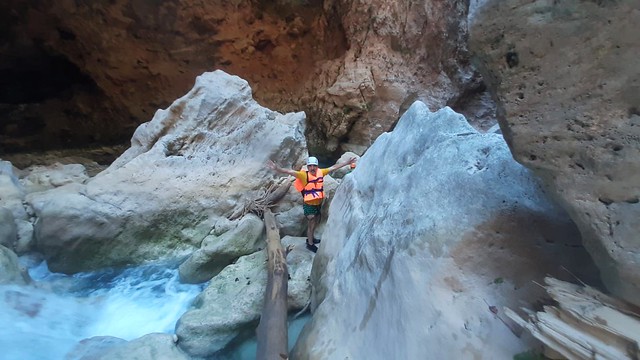 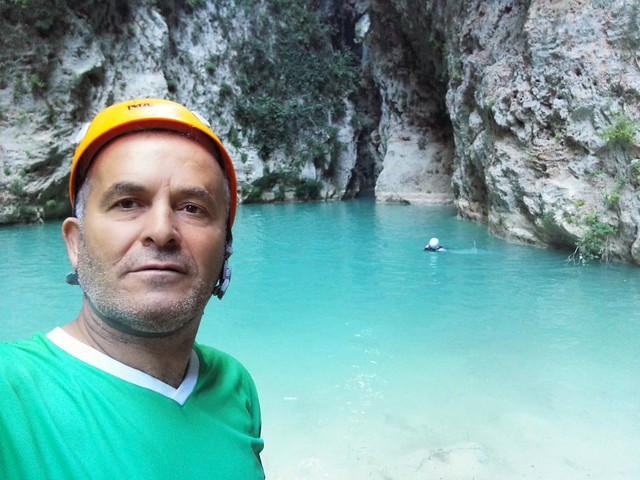 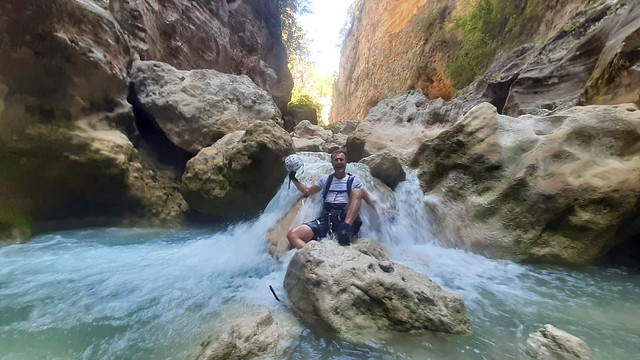 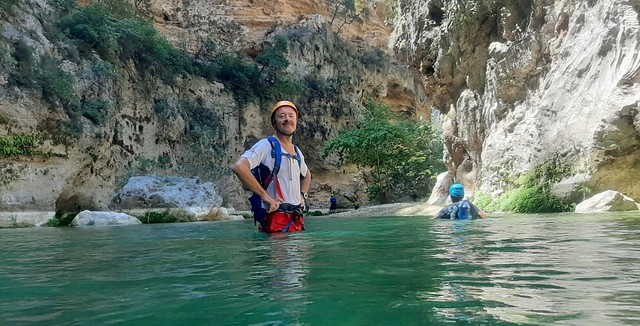 Let’s do it again! 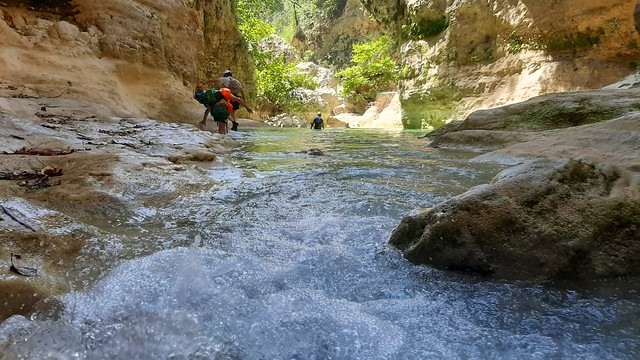 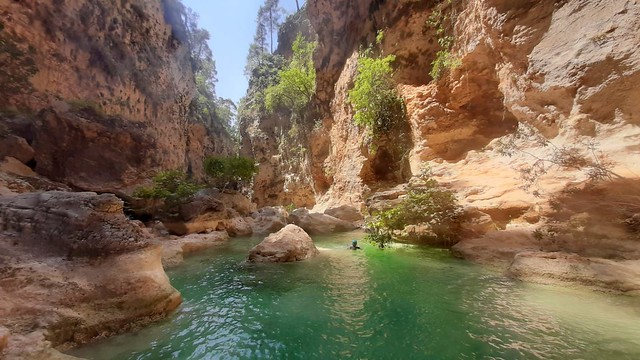