It’s hard to spend much time talking with a Greek without hearing the words “economic crisis”.  Prices here are stunningly high, and I doubt there are high wages to match.  Indeed Greeks take off for the US, Canada, and Australia to improve their job prospects.  But there are some jobs here, and apparently Greeks won’t do them.  In the agricultural area north of Nafplio and east of Argos, Snežana and I met separate groups of Afghanis and Pakistanis coming to improve their job prospects by picking oranges.  The situation in Greece may be bad, but I’m sure it’s worse in Afghanistan. 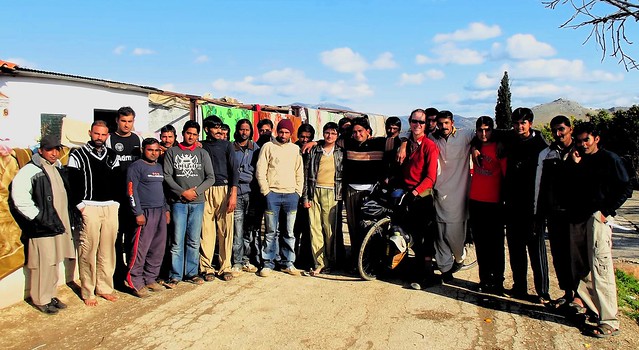 I don’t understand the impact of the Euro and how it changed the economies of the various countries, but everyone who’s adopted the Euro complains of a rise in prices.  My experience bears that out.  Of the 13 countries I’ve visited in the last six months, five (Germany, Austria, Slovakia, Montenegro, Greece) use the Euro.  Those five plus Croatia were the most expensive countries with Germany and Greece coming out at the top.  Germans, I think, are better able to stomach a €3 cup of tea.

So what’s a Greek to do?  High prices, no jobs, and even worse prospects in South Asia…  Steal from bicycle tourists?  Yep, next to a church in Derveni Snežana’s handlebar bag walked away in the morning while we were still in the tent.  The most expensive thing she lost was her prescription sunglasses, but she was sentimentally attached to her teddy bear, Skitulko, who traveled the whole journey hanging off the side of her handlebar bag.  We can only hope that Skitulko — vagabond that he is — took off with the sunglasses and is enjoying a beautiful Greek beach.  Maybe even with a friend? 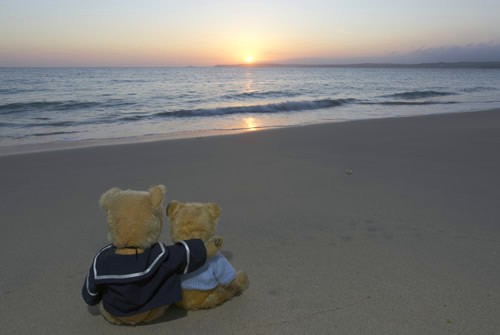 Without all that fur, the beaches are too cold this time of year so we took off for Mycenae, the first ancient site on our Greek tour.  Haha!  Closed for three days.  A strike because the workers don’t get paid enough?  That’s the only explanation I heard.  Ancient Greece meets modern Greece in Argolis! 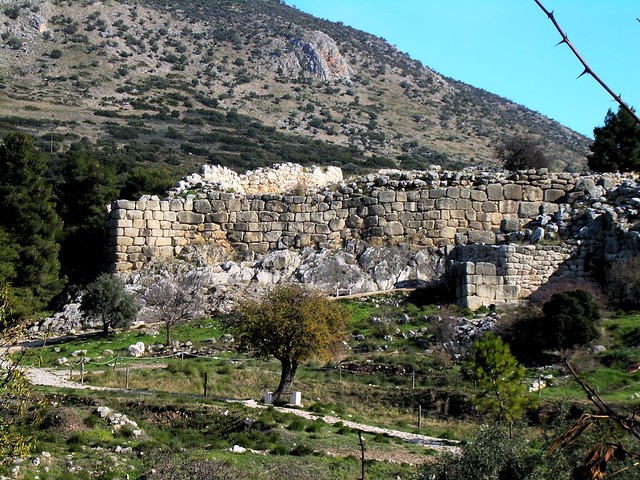 Thankfully we had better luck in Epidavros and the Sanctuary of Asklepios, but with so few visitors it’s a wonder they can pay their employees.  (Maybe they don’t?!)  There were five Chinese from Fujian, a young Greek couple with a toddler, and two other tourists at the best preserved ancient Greek theatre in the world.  Ok, the weather wasn’t perfect, but it was above freezing (barely) and not raining (mostly). 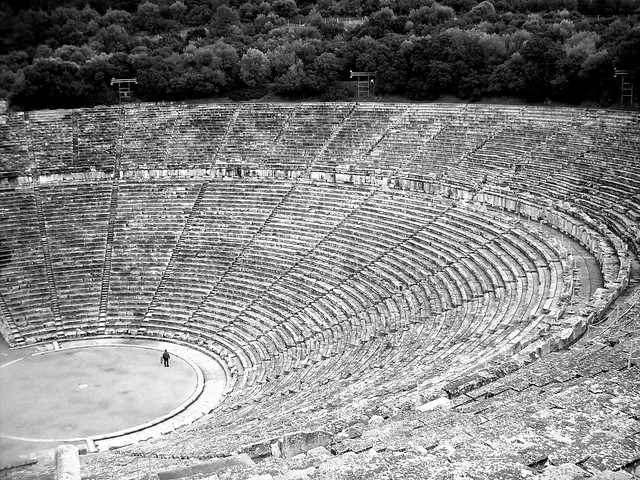 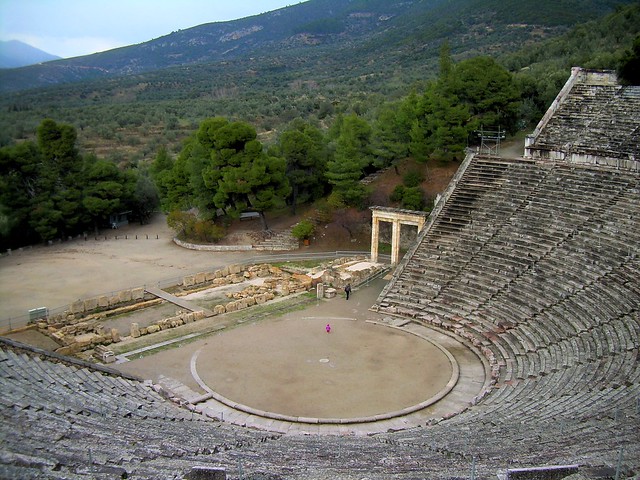 Nearby is the ancient medicinal site, the Sanctuary of Asklepios, where the order of the day 2500 years ago was a good diet, plenty of sleep, and some exercise.  Maybe they were onto something?  Modern pilgrims come to see the nearby theatre.  To the non-expert the old sanctuary looks like, well, a pile of rocks. 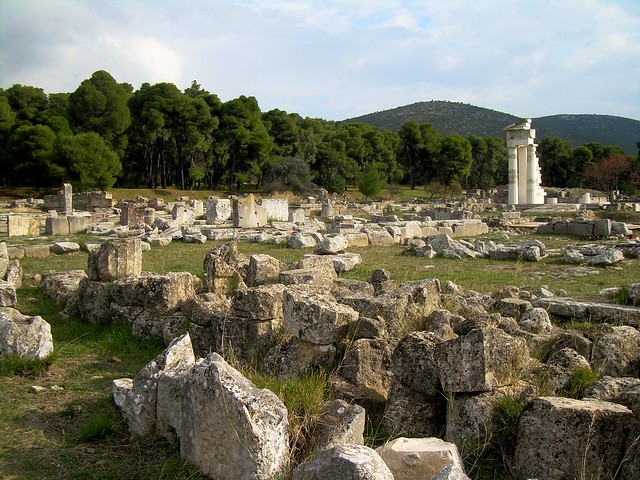 Greece does have one scourge that has probably spanned the millennia.  Dogs.  They’re loud, vicious, threatening, and downright scary for cyclists.  Thankfully they’re usually chained up.  When they’re not, they come sprinting, teeth bared, growling and barking.  Greek highway workers (unpaid?) aren’t quick to clean up road kill, but the presence of their dead compadres on the side of the roads doesn’t keep the live dogs from chasing us down.

And now for some photos.  I was happy to give up the coast (and a bit of warmth) for a little climbing and descending: 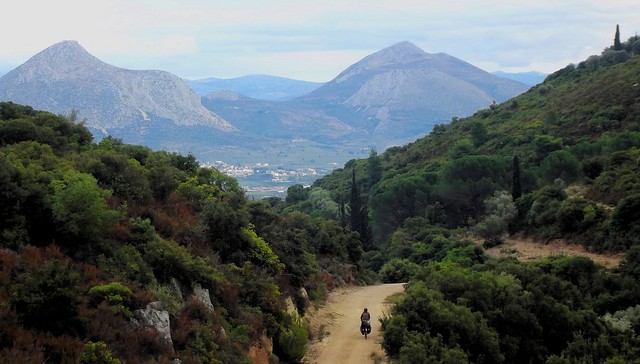 Nafplio was a fun place to wander around on my birthday: 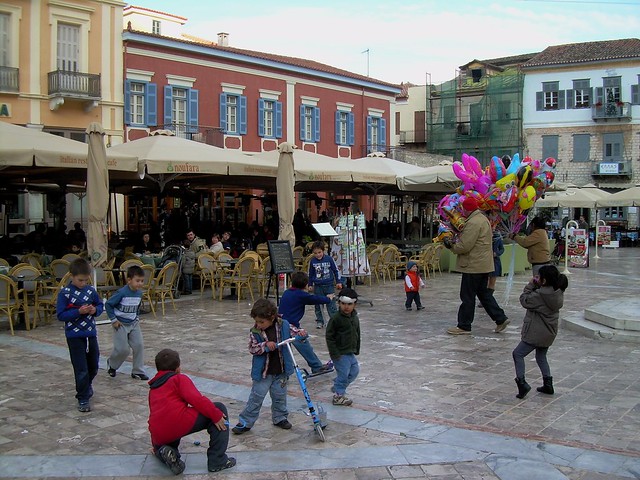 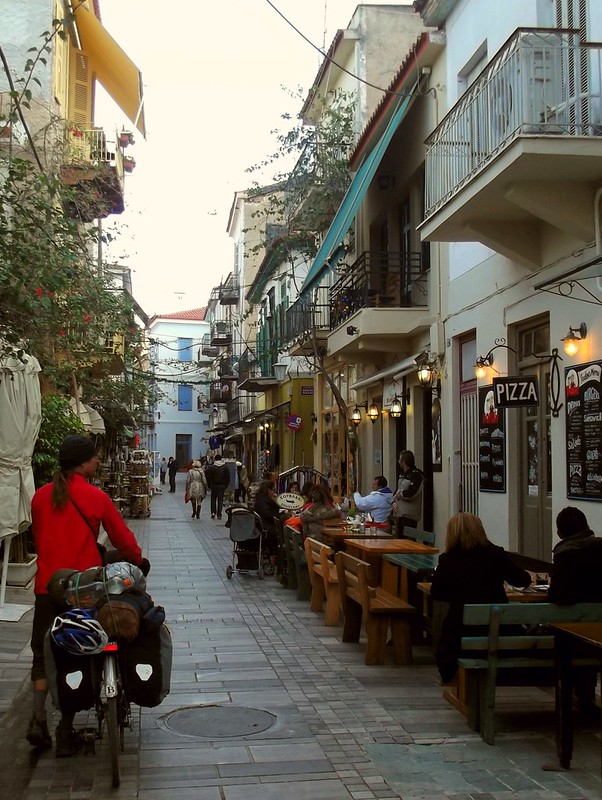 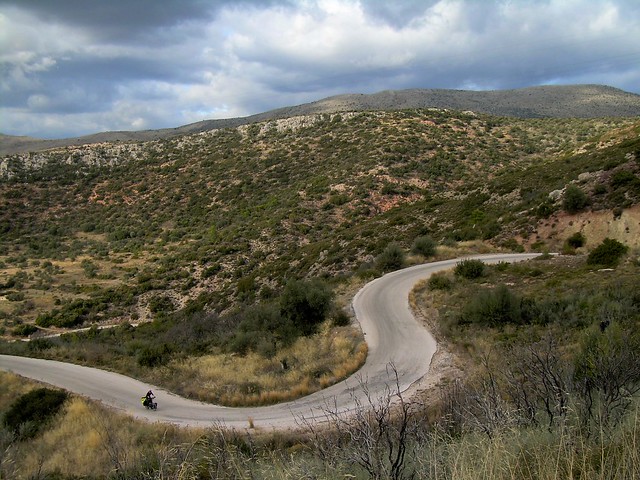 The sun is even more beautiful after a little hail storm: 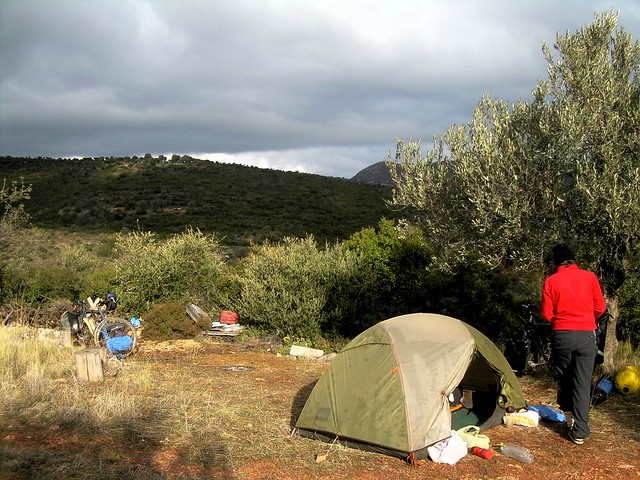 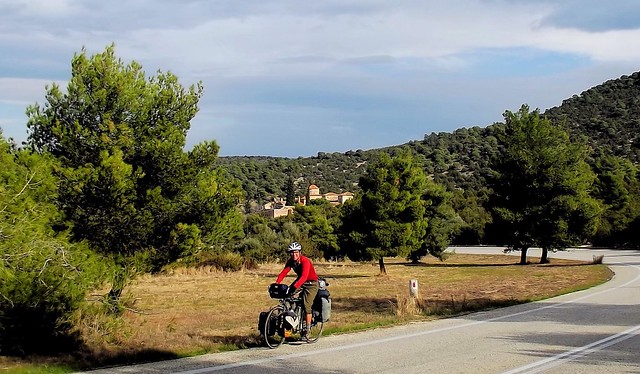 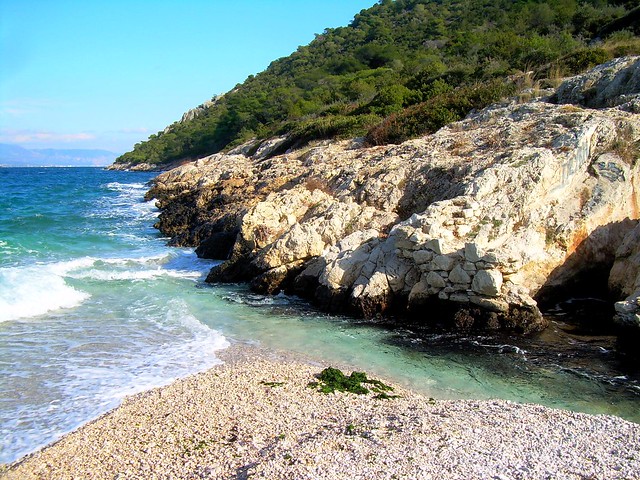 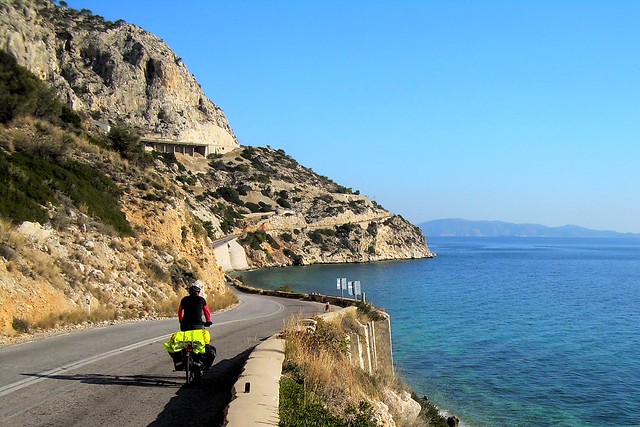 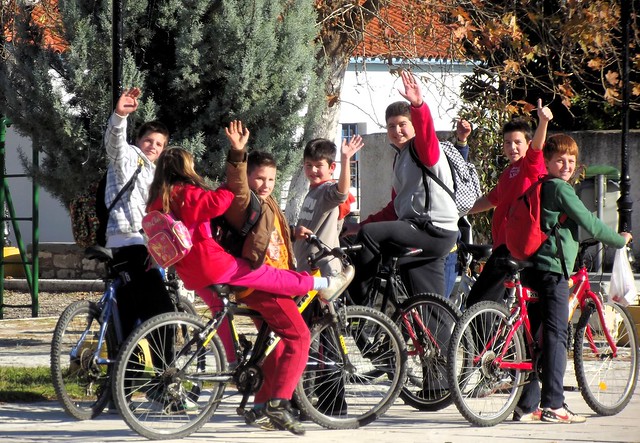 This entry was posted in Bicycle touring, Greece and tagged Derveni, Epidavros, Mycenae, Nafplio, Sanctuary of Asklepios. Bookmark the permalink.