The end again, in Safranbolu

I have finished another chapter.  I took two and a half months to cycle from Antalya to Safranbolu.  My plan hadn’t been to end in Safranbolu, but I seem to be ready to change my plans at a moment’s notice.  Another thing is I had trouble keeping my energy and interest up.  I felt very energetic and interested through the Frig Yolu (Burdur, Denizli, Uşak, Kütahya, Afyonkarahisar).  But as I headed to Eskişehir and on to Karabük and Safranbolu, I found myself more easily annoyed by people than usual and less interested in natural and historic sites than I normally am.

A case in point is Safranbolu, one of the few UNESCO World Heritage Sites in Turkey (I know I’ve been on a World Heritage kick ever since going to Mexico last fall).  Arriving in Safranbolu reminded me of arriving in Kyoto at the end of a month-long tour in Japan a number of years ago: “I’ve seen all this stuff before.”  Not the right attitude to be a good tourist.

The best thing about Safranbolu was chatting with both the tourists and the locals.  Biking from village to village through the mountains is great, but the quality of conversations can get tedious after a while.  This fact surprises few people, and I enjoy these interactions more than many people.  But I started to realize that it’d be nice to get back to a city where it’s easy to chat with both men and women and talk about topics other than farming, mining, and animal husbandry.  Yep, we grow barley and take the sheep up high in the summer.  Blah, blah, blah.

In Safranbolu I talked with two guys from Adana.  It was hot.  They had walked from the new part of town to the historic part, and surprisingly they were observing the Ramadan fast.  Uff, it’s tough work when the days are so long and hot, and they were even out walking around.  I ate an ice cream and drank half a liter of water while we were chatting.

I also spoke with Elif, a student at Karabük University, who had come to spend the summer in Safranbolu to learn how to make lamps out of gourds.  They’re actually more interesting than they sound.  She quite easily learned how to do it.  It was clear with her university degree she was destined for better things.  She had dreams of travelling.  I suggested we get married and move to Mexico.  She agreed to be friends on facebook.

I guess because Safranbolu is a World Heritage Site I ought to include a couple photos.  The point is to preserve the old Ottoman houses like I’ve seen in Kütahya, Eskişehir, Söğüt, Göynük, and Mudurnu.  I think there are similar houses in Kastamonu which was the next place on my itinerary (another reason to abandon the tour in Safranbolu). 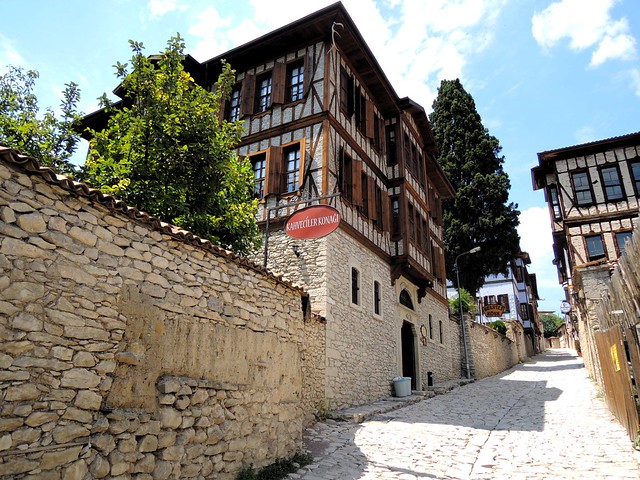 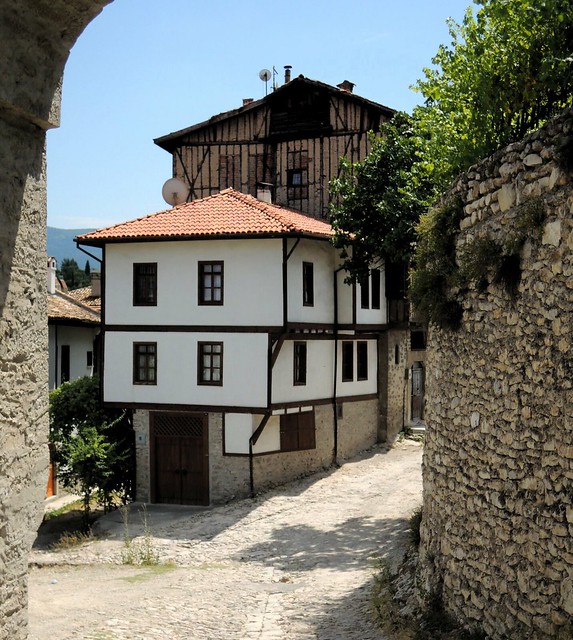 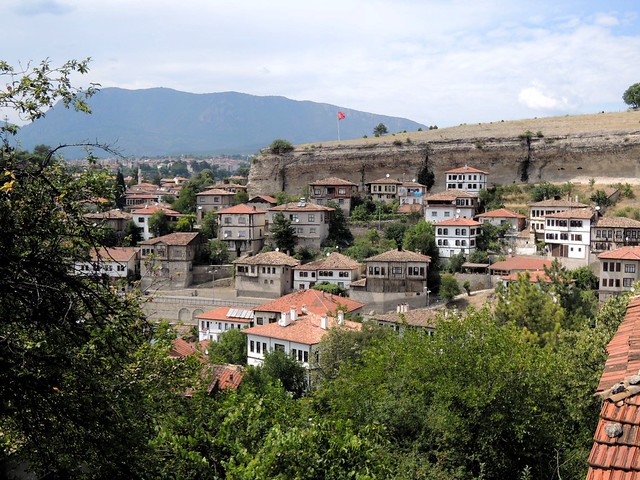 Now I’m in Antalya learning how to cope with 40°C days and 25°C nights.  I’ve rarely touched my bike while the sun has been up, but I walk to the Mediterranean every morning from my house.  I’m finally learning how to swim!  I did know survival swimming before, but as far as real swimming, I maxed out at about 30 seconds before I was out of breath and thought I’d probably drown.

Mostly I spend way too much time on the balcony.  After so much bicycle touring, I’m surprised how long I feel content to rest.  Here’s my housemate Yasemin with her boyfriend, Soner: 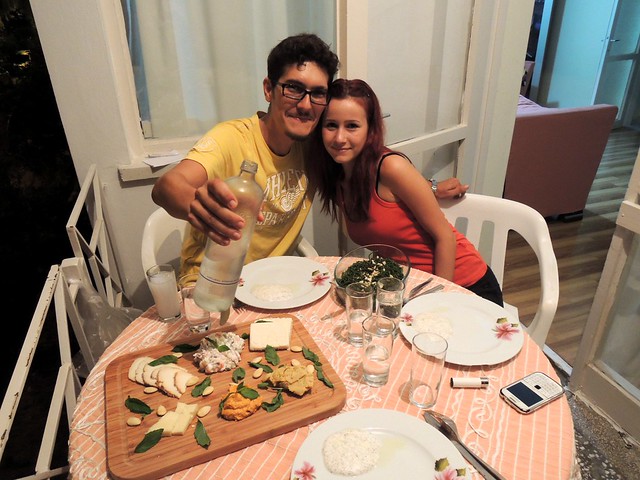 and my housemate, Gamze, anxiously awaiting iftar (she’s observing the ramadan fast) so she can drink some water and smoke a cigarette (in that order): 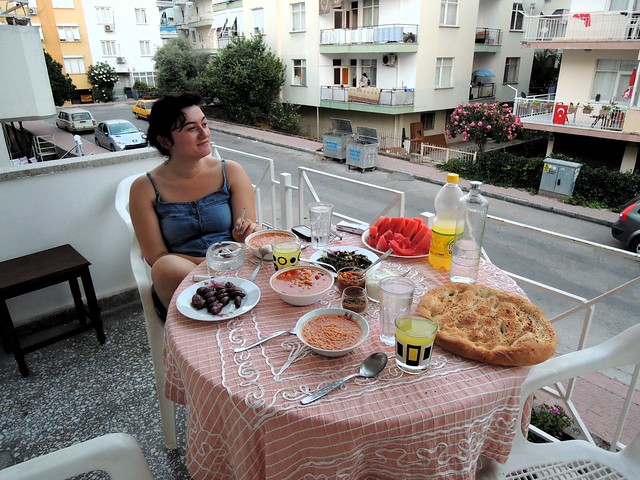 Here’s the route that I just finished in Safranbolu: 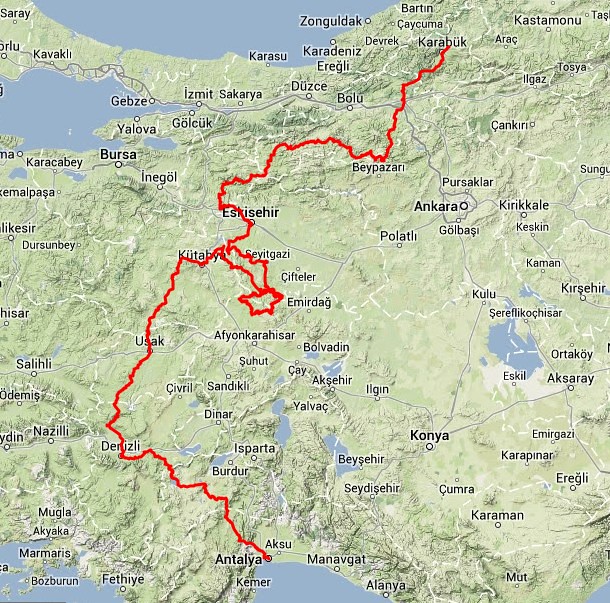 and here’s my nine months of cycle touring in Turkey:

This entry was posted in Bicycle touring, Turkey and tagged Antalya, Safranbolu. Bookmark the permalink.

4 Responses to The end again, in Safranbolu