The hardest thing about this one-night backpacking trip with Özgür and Burak was remembering the name of the first peak we summited: Tastaratacağı.  Çalbalı’s a little easier, but maybe that’s because I’ve climbed it before.

We drove up to Hisarçandır and then took the dirt road that heads up to Sarı Çınar, the summit with the large antenna on top.  In the forest there’s a marked intersection with a sign indicating Üçsöğüt Yaylası is to the left.  It’s not.  We went right and then left onto a smaller road at an unmarked intersection higher up.  We followed that road most of the way to Üçsöğüt Yaylası until the going gets too rough for a normal car.

From where we parked our car to the summit of Tastaratacağı took less then two hours, even carrying our big packs.  I was surprised as I’d heard that access to Tastaratacağı was rather difficult.  It turns out that the difficult thing is getting to the bottom of Tastaratacağı.  There are a couple 900m trad routes up the steep east face of the mountain.  Getting to the start of those routes takes some effort apparently.

Here are some views from Tastaratacağı’s jagged summit: 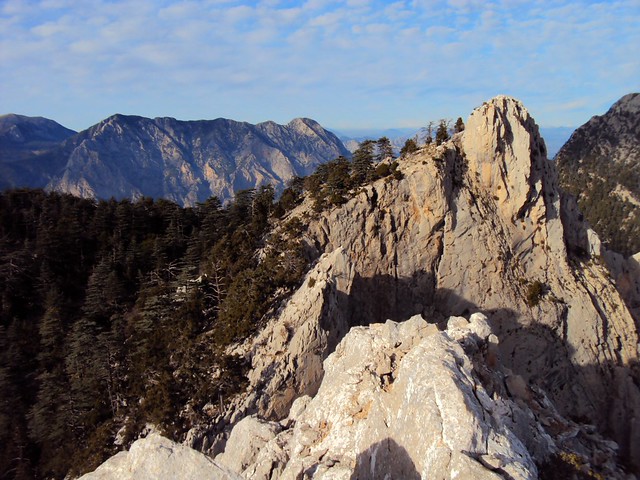 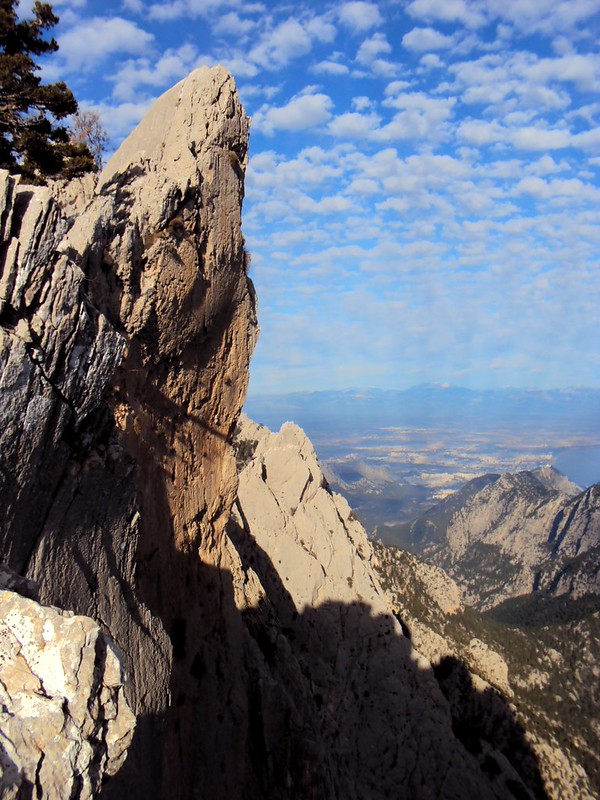 a the view down the steep east face:

and a view across to Tunç Dağı.  It’s easy to make out the Çitdibi climbing cliffs, the continuous break in the forest on the lower slopes of the mountain in this photo: 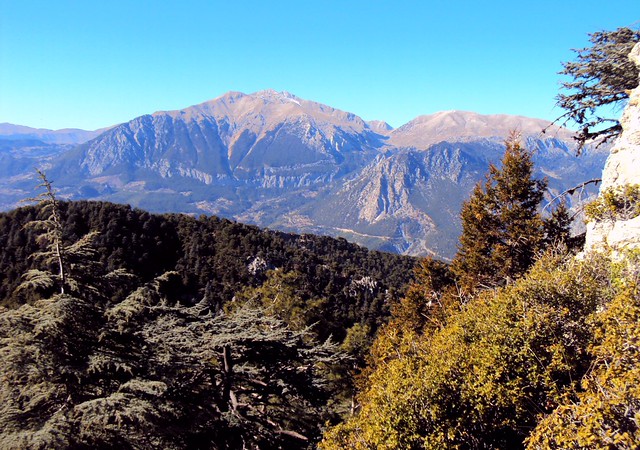 We camped just below the Tastaratacağı summit at an area where there are a couple flattish areas barely big enough for a tent. 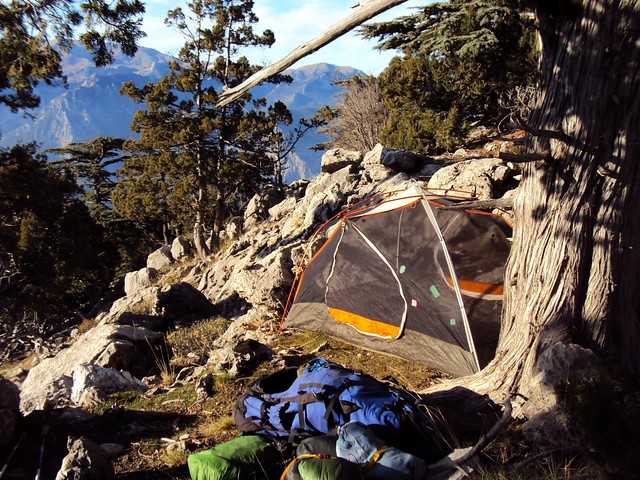 In the morning Özgür took advantage of the pretty light and flew his drone around the cliffs, trying to capture some video of the area.  He even sent Burak over to the nearby summit.  You can barely make out Burak’s silhouette at the top in this photo (and the antenna on Sarı Çınar to the right!): 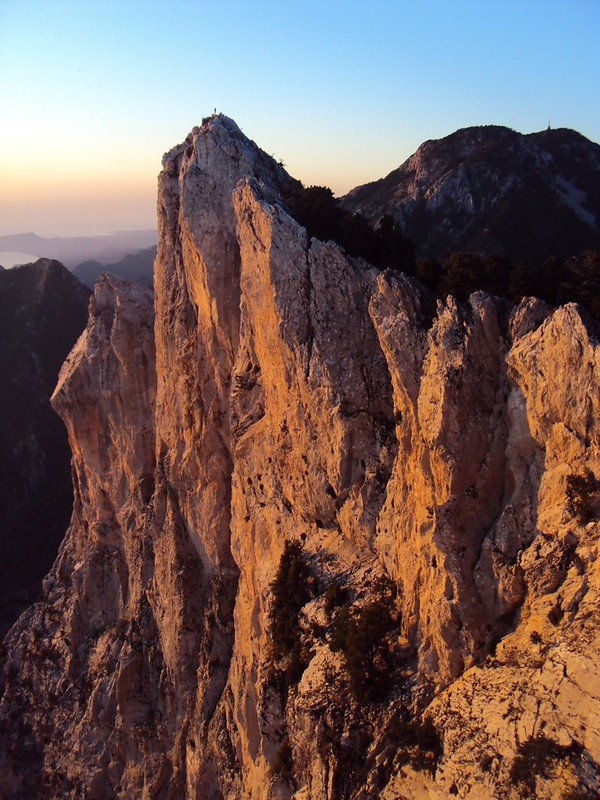 One amazing thing about these two days was how warm it was.  It was the middle of December, we were camped at about 1500m, and it didn’t even freeze overnight.  It was warm enough to hike in short-sleeves during the day.

The walk up Çalbalı took longer than the walk up Tastaratacağı.  It’s more of a scramble and quite fun.  The views from the top of Çalbalı are some of the best of any mountain near Antalya.