To the summit of Güllük Dağı, Termessos

Termessos is one of my favorite ruined cities in Turkey.  It has a beautiful setting in the mountains above Antalya.  I’ve been at least five times — only once by bicycle — and have blogged about it before.  This was the first time, however, I climbed Güllük Dağı.  That’s the steep mountain that you can’t help looking at when you’re sitting in the theater.  Here it is behind me in a photo taken almost five years ago: 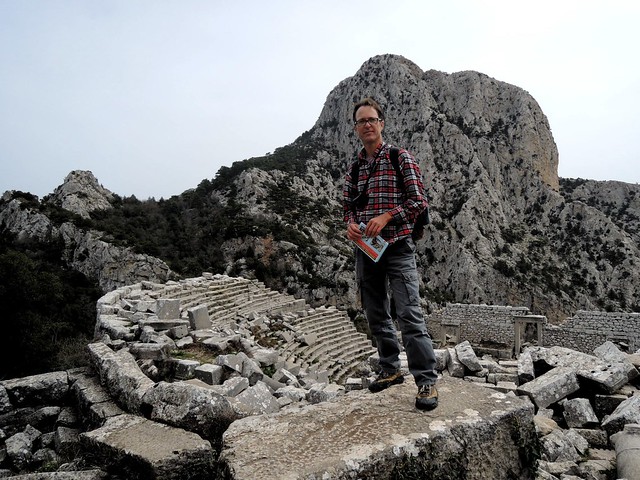 This is the view we got of the mountain as we were walking up to the summit a couple weeks ago: 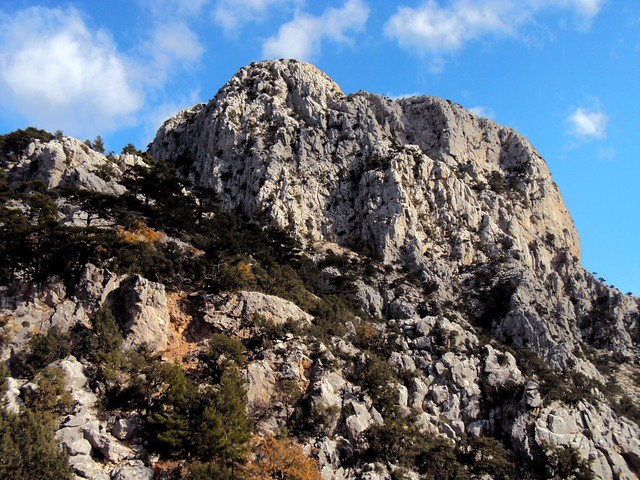 Özgür (from Tastaratacağı) and his father, Metin, organize weekly hikes near Antalya.  They were our guides for this short excursion.  Or rather Metin was.  Özgür seemed to spend the day just trying to keep warm.  I should have taken a photo, but really he didn’t look very happy.  Even though this trip and the Tastaratacağı trip were only a week apart, the weather could hardly have been much different.  Instead of a relaxing hike in short-sleeves, this time the temperature was around freezing, and the wind was blowing strong.  I was amazed that I was able to walk uphill in so many layers for so long without sweating.  I was clever enough to check the forecast in the morning, and I dressed warmer than I do on most ski days.  I was sure glad I did.

Here are some of the views we had going up the summit: 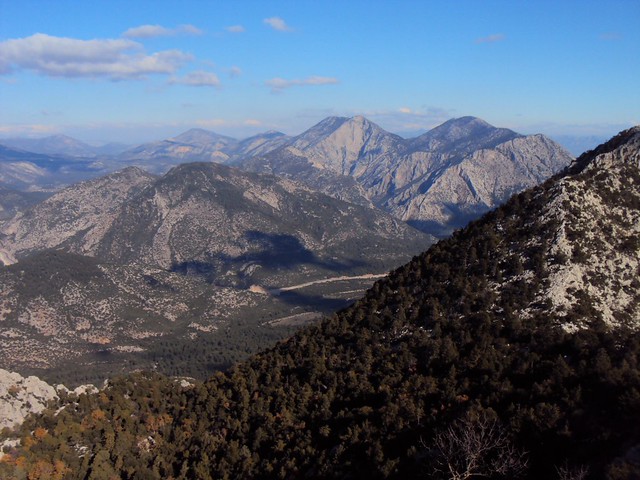 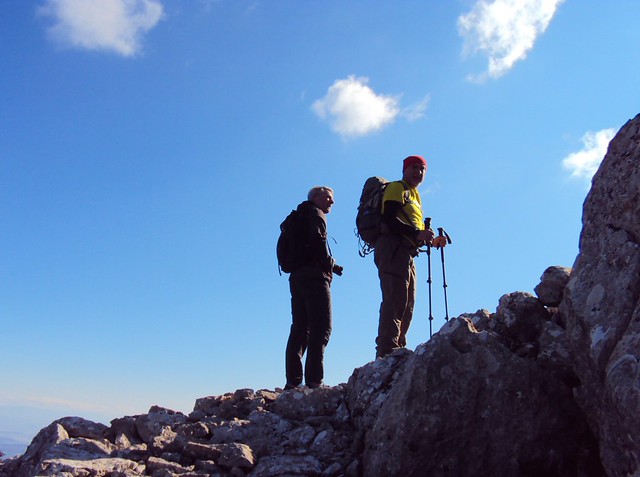 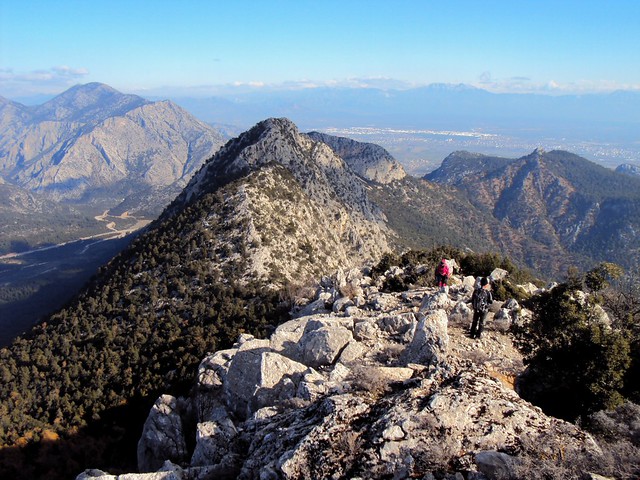 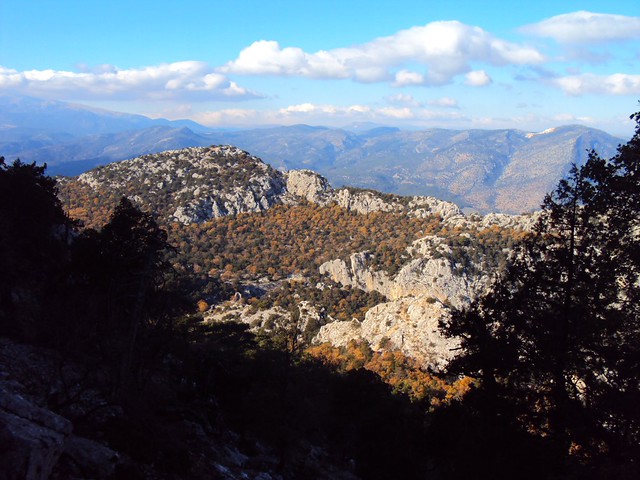 I was most curious to see what the theater would look like from above.  It’s quite clear what a dramatic setting it is. 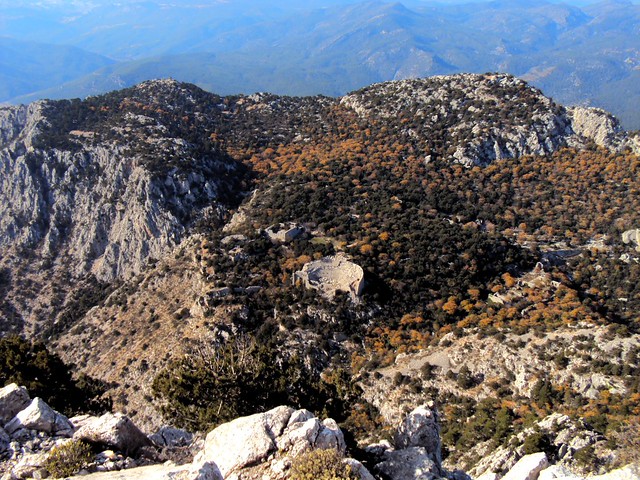 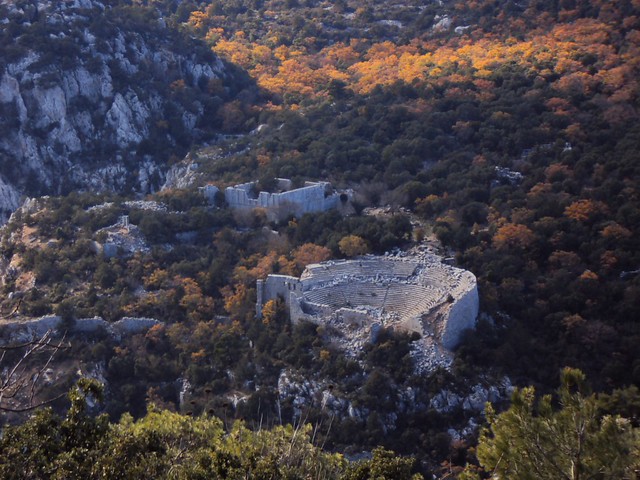 I would have liked a little time to wander around the site some more after we had come down from the summit, but everyone was pretty keen to get out of the wind and warm up.  It’d be fun to see Termessos with a good cover of snow.  I’ll have to come back. 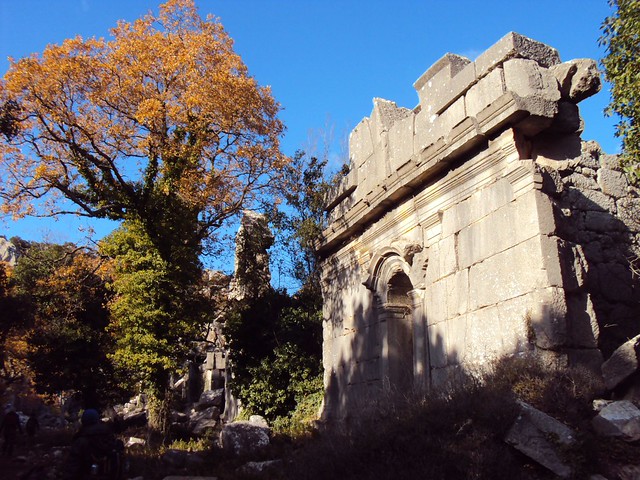 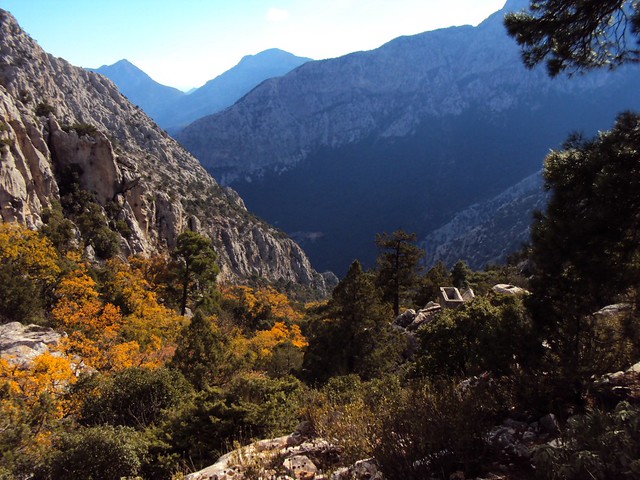 This entry was posted in Trekking, Turkey and tagged Antalya, Güllük Dağı, Termessos. Bookmark the permalink.