A few historic sites between Yusufeli and Van

The trip with Peter, Amy, Scott, and Stephanie was essentially a ski trip.  However, one of the reasons I love touring in Turkey is you practically trip over history everywhere you go.  I’m still not tired of this, and thankfully my travel companions weren’t so ski-focused to not enjoy some piles of old rocks.

On the contrary everyone was excited to take some time to visit a few historic structures.  With the exception of the castle at Çavuştepe, all the sites were well worth the effort we took to visit.  We started with a couple Georgian churches at Öşvank and Barhal.  Sage and I had been to both these villages on our bicycle tour, but we hadn’t bothered making the short detour to the tremendous church at Barhal.

The church at Öşvank is in a bit of a state of disrepair: 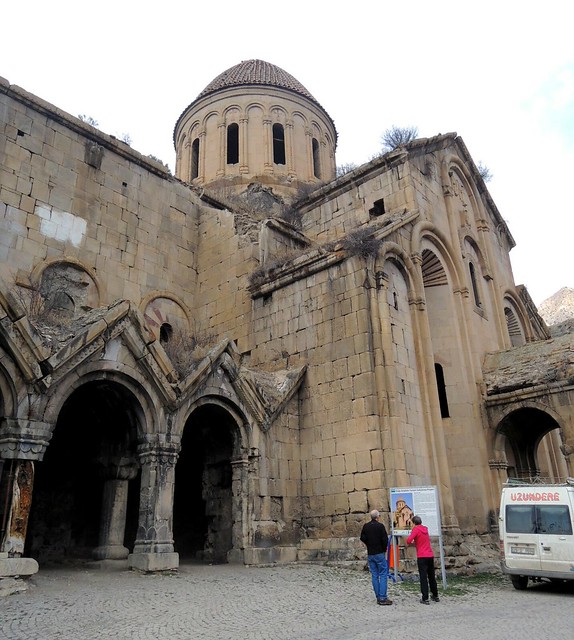 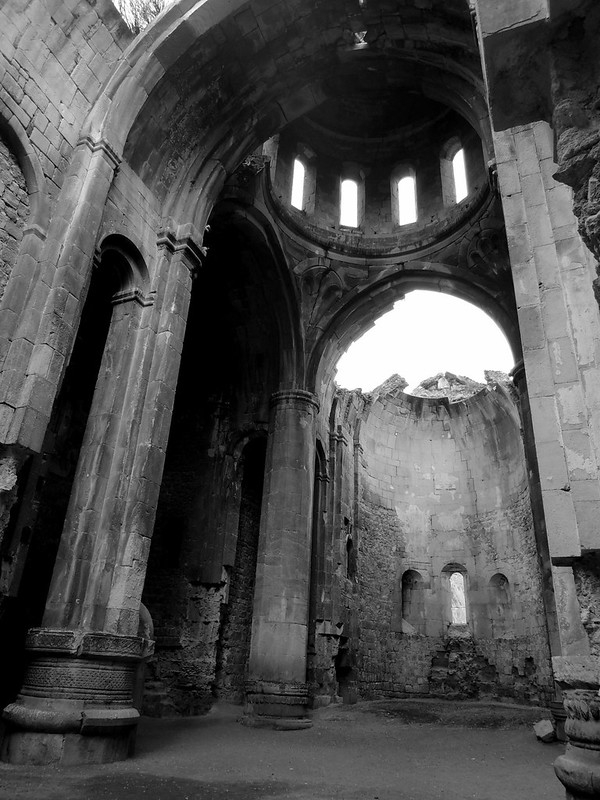 but the one at Barhal is in surprisingly good condition: 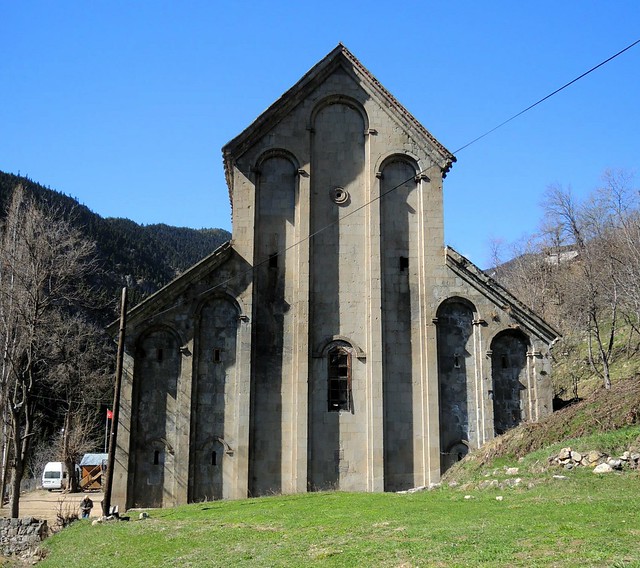 perhaps because it’s still in use, now as a mosque: 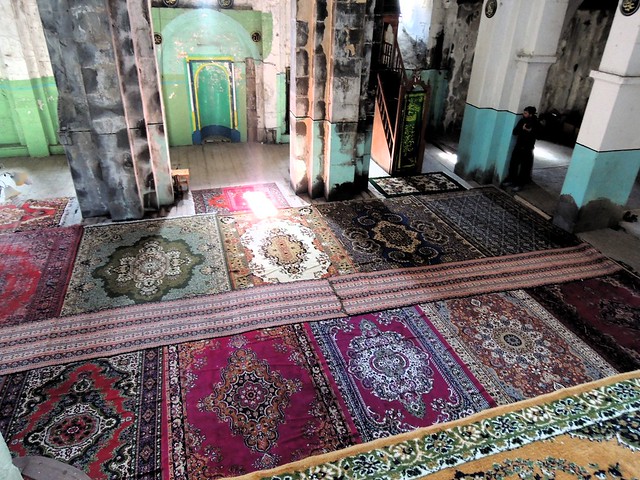 We stopped at the old stone (Georgian?) bridge at Yaylalar: 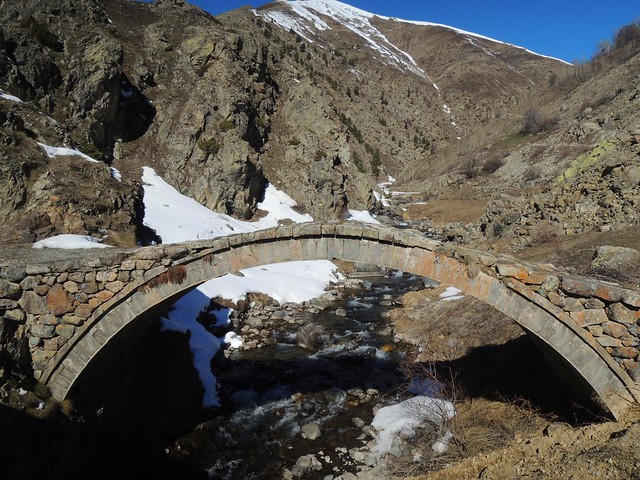 and at the 13th century Çobandede Köprüsü in Köprüköy (Erzurum): 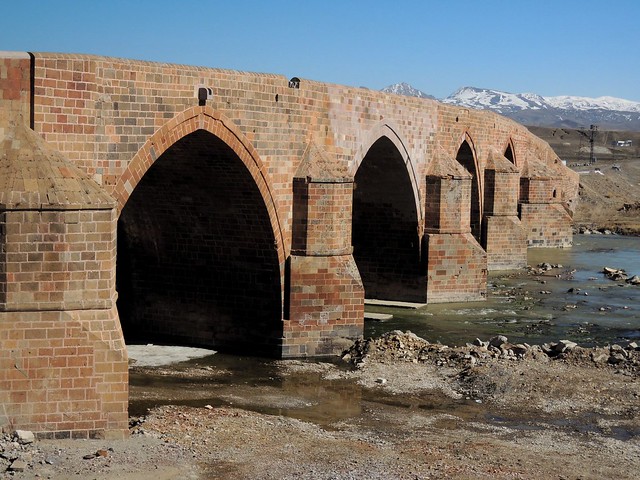 There’s a somewhat impressive castle on the hillside near Köprüköy, but we didn’t take the time to visit.  We did stop to photograph Üngüzek Kalesi near Uzundere: 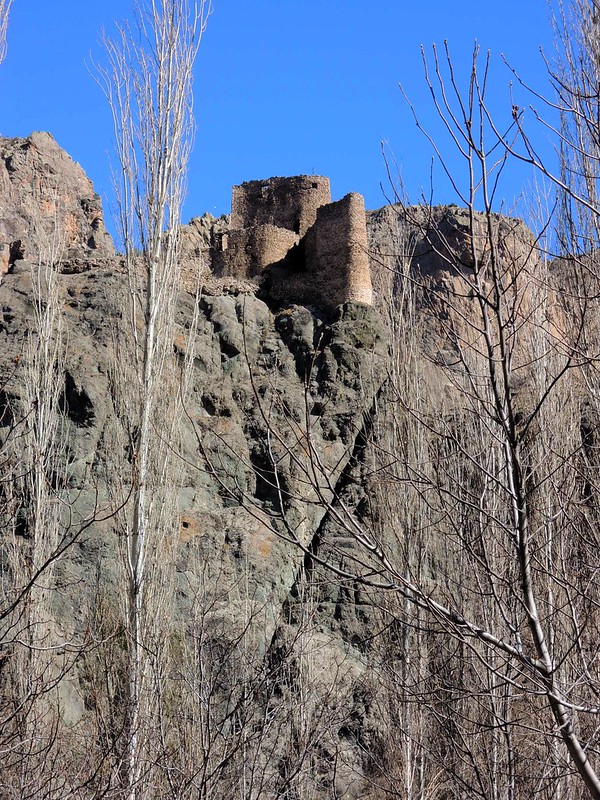 In the center of Erzurum the museum is housed in an old madrasa: 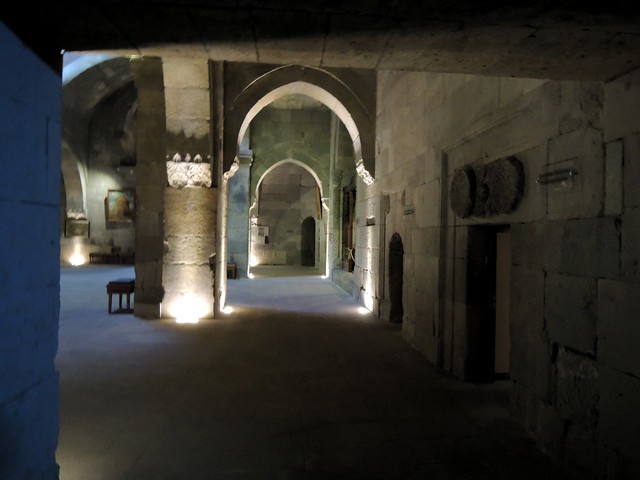 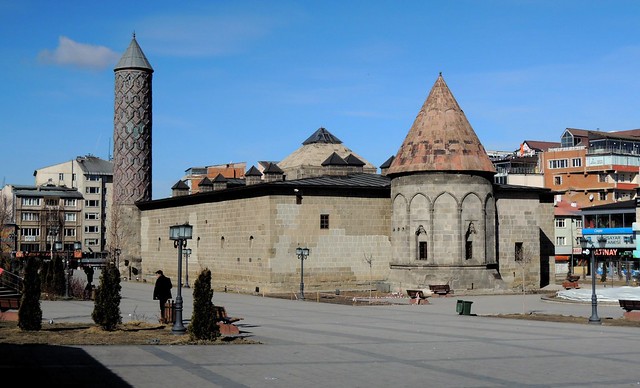 There are some kümbet (large tombs) strewn around the city: 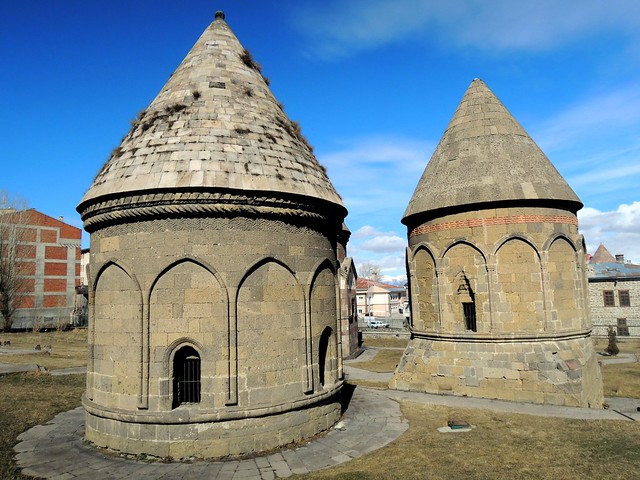 and also the old castle (or maybe we’d say fort in English?): 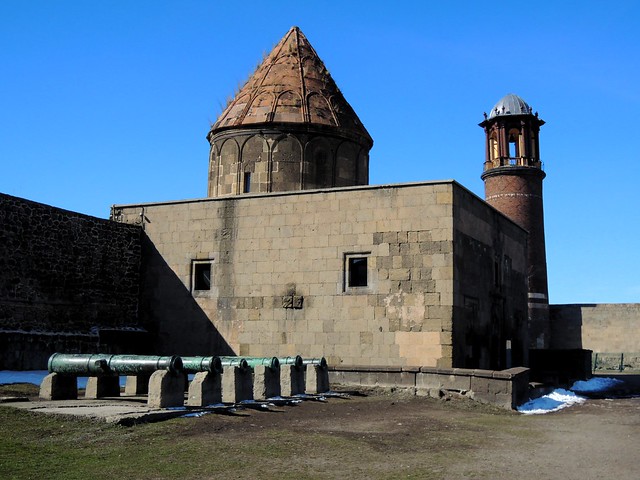 In Gevaş we wandered a bit around this old Selçuk cemetery, the first of its kind that I’ve visited: 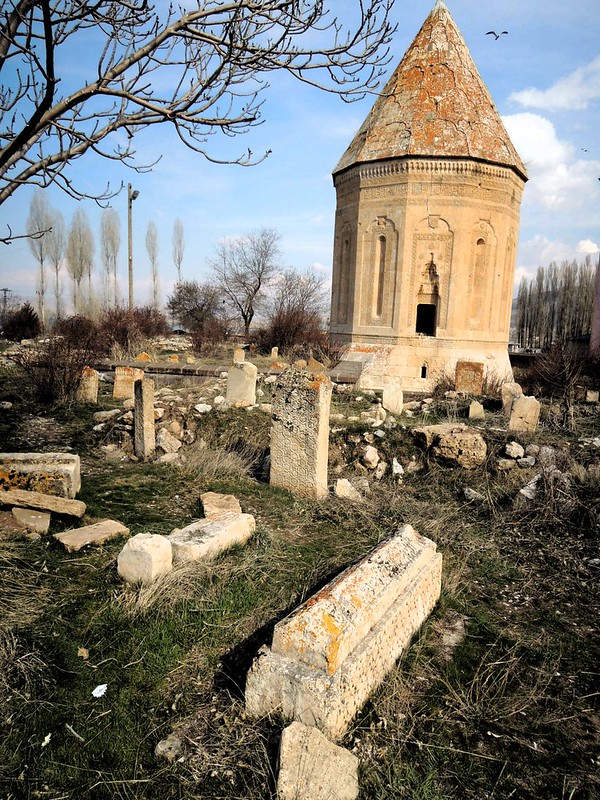 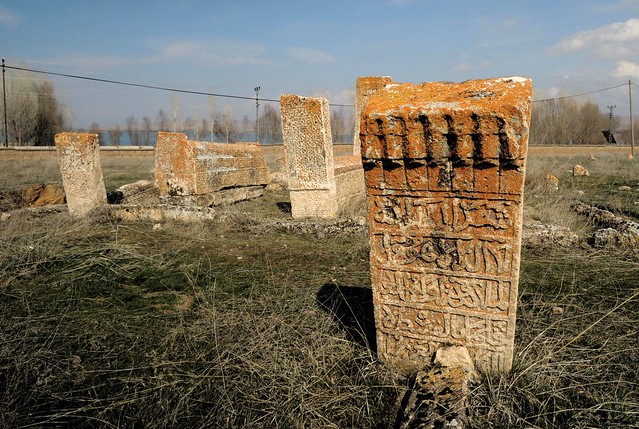 After all that, I think we’d all agree that the highlights were the Armenian churches at Akdamar and Altınsaç, the last sites we had a chance to see before flying out of Van the following day.  Akdamar is, I guess, the name to both a nearby town, the island, and church on the island.  It is well-deservedly on most tourists’ Lake Van itinerary.  The church is well-preserved and well-restored, the carvings on the outside are in excellent condition, and the setting on the rocky island with the snow-covered peaks across the water is stunning. 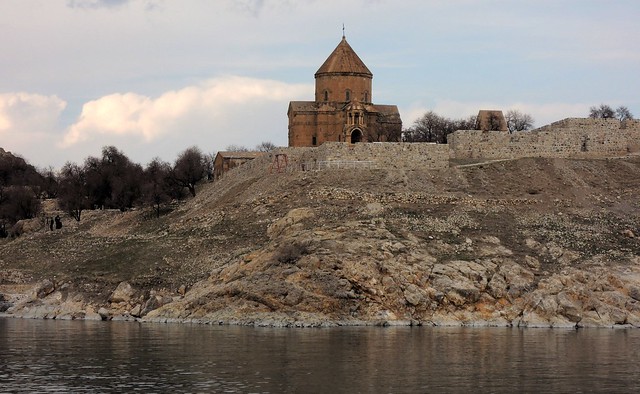 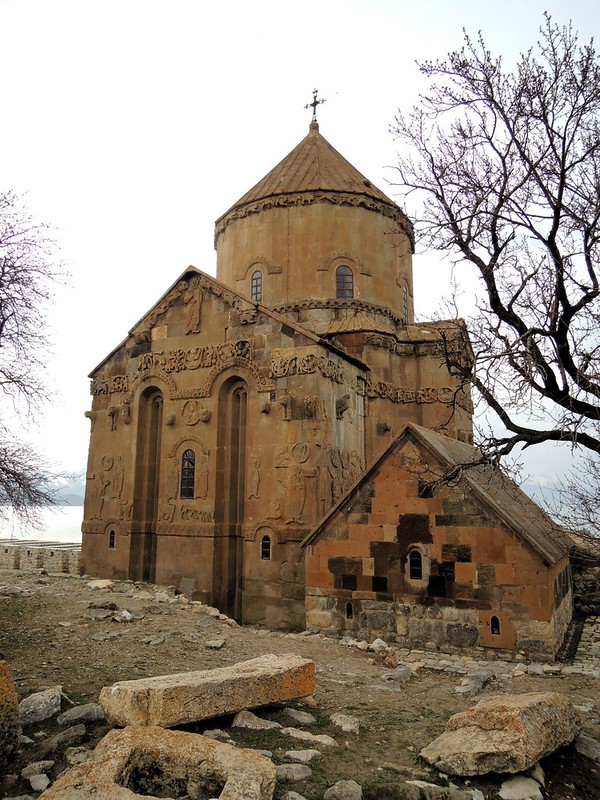 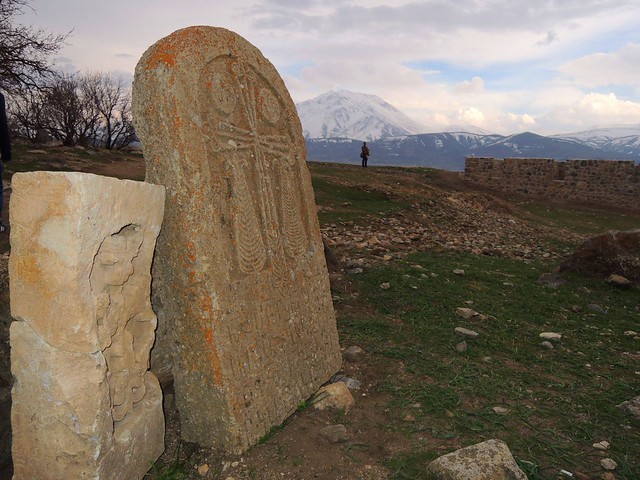 The church near Altınsaç is not quite as easy to get to.  It’s off the main highway about 20km, sitting on top of a hill 200m (?) above Lake Van.  In the fading light we walked up the hill, wishing we’d been there 30 minutes earlier.  Another fantastic setting. 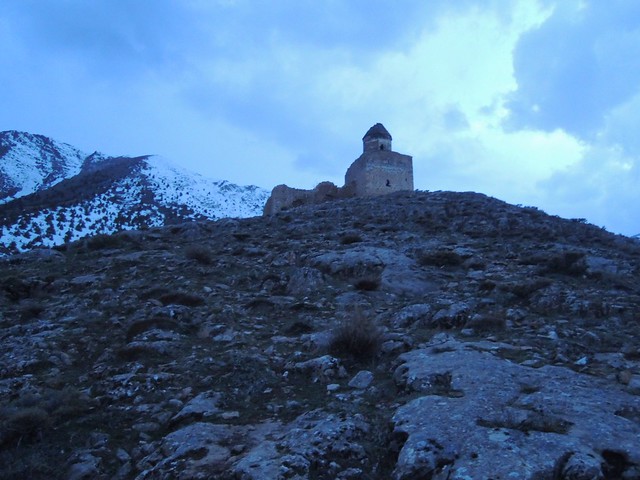 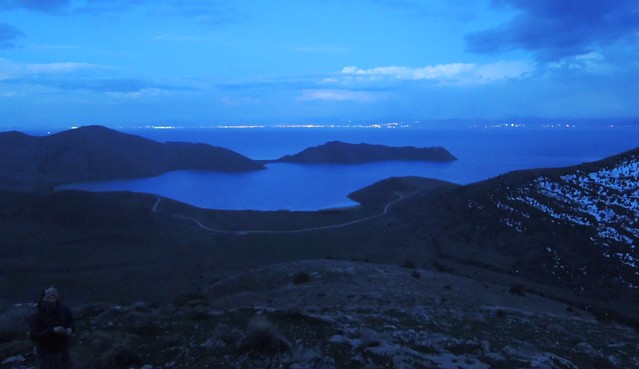 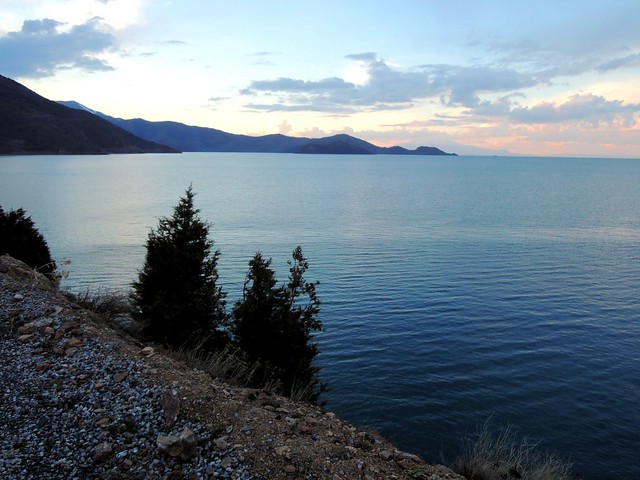