After Aladağlar and Kaçkar, I had some training days planned in Antalya for a little more mountaineering before Nepal.  One of my ideas was to revisit Gömbe between Elmalı and Kaş.  Well, Sars-Cov-2 didn’t only cancel my Nepal trip, but it’s also keeping me from getting out to nearby mountains as well.  As an alternative to actually going to the mountains, I found some photos of my very frustrating attempt to climb Gömbe about five years ago. 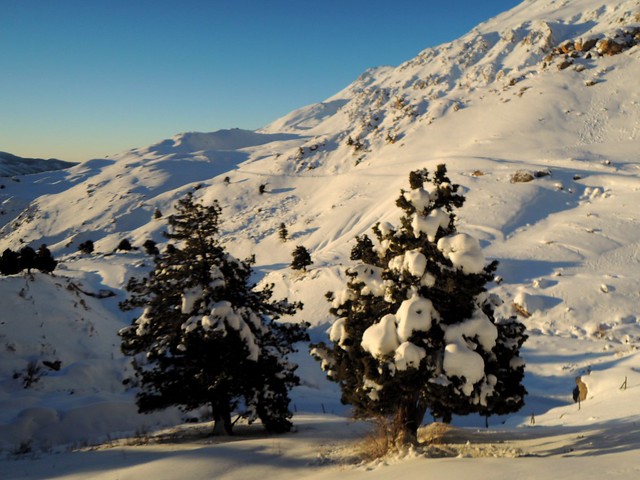 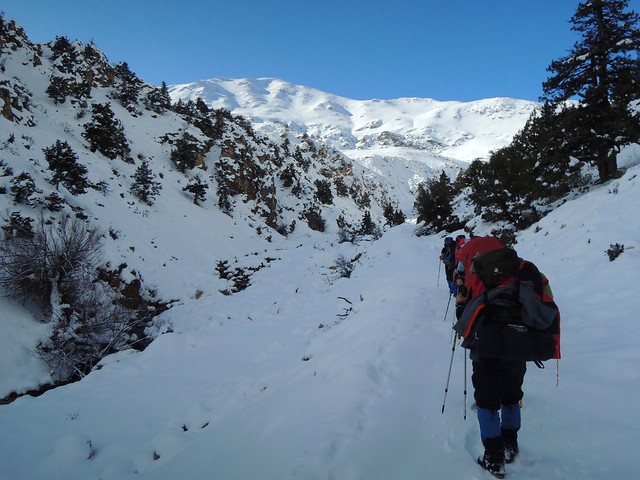 I signed up for the trip with a large local outdoor group, the same group I had been to Erciyes with a year earlier.  Similar to Erciyes this Gömbe attempt also suffered from moving way too slowly.  The problem on Gömbe wasn’t that it was so crowded, but that we didn’t switch off breaking trail.  I don’t know why.  There were 12 of us, but only two people shared the tiring task of breaking trail.  I was using so little energy that I was walking in my down jacket most of the time. 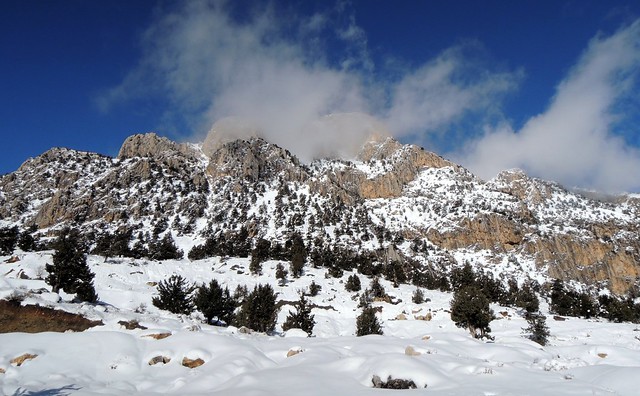 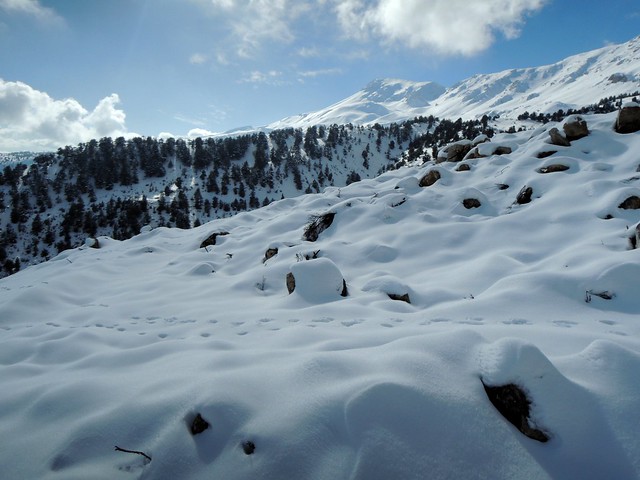 There were other things I didn’t understand from the weekend either.  We started walking Saturday afternoon with plans to camp.  However, we camped quite low, stopping well before dark, leaving us with a long summit day.  I don’t know why we didn’t walk farther that afternoon. 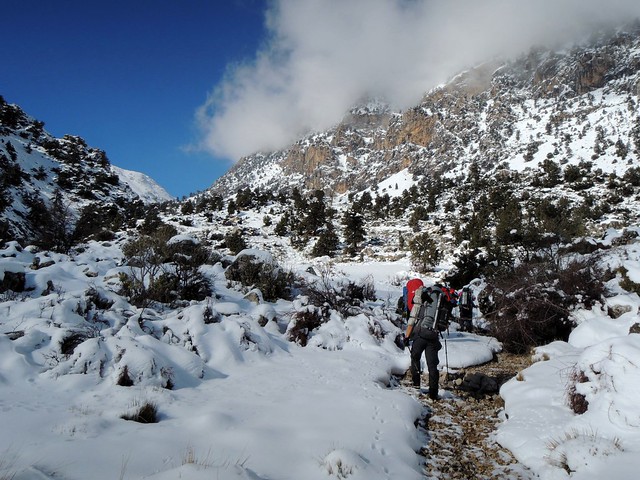 However, the most frustrating part was the next morning.  We were up early, walking in the dark.  Our pace was way too slow — fine, but the decision was made to turn back before it was even light!  What?  A turnaround time of 5:30am??!!  I’ve never heard of such a thing before.  There was no objective reason, like avalanche danger, that made sense to me.  I wrote the whole thing off to the inexperience of the guide, and I haven’t signed up for one of their mountaineering weekends again. 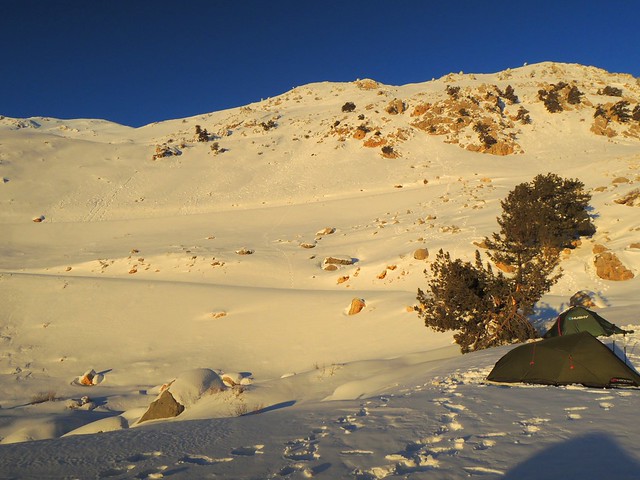 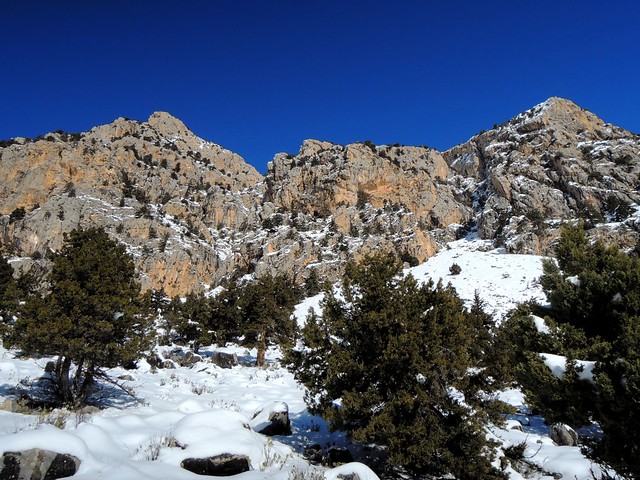 The highlight, I suppose, was the piyaz köfte meal in Elmalı on the way home. 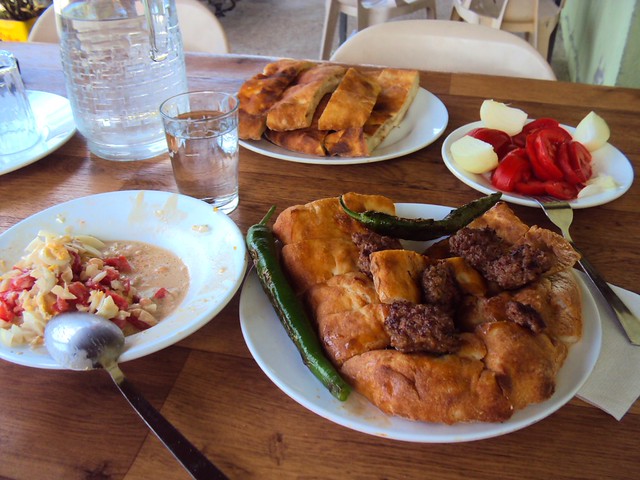 In my notes I wrote that it would have been a more enjoyable weekend to stay home.  With the current stay-at-home order, well, even a frustrating day in the mountains sounds appealing now!

This entry was posted in Trekking, Turkey and tagged Antalya, Elmalı, Gömbe. Bookmark the permalink.