Ihlara to Antalya via the Konya Plains, by bicycle

Another short bicycle tour in Turkey.  It only took 10 days to cycle from Ihlara to Antalya.  The unusual thing about this tour was just how flat it was: ~8000m of climbing in 700km.  That doesn’t sound so flat so we have to put those numbers in context.  That’s the same climbing:distance ratio as our trip from Hamburg to Stockholm this summer and lower than any other trip I’ve done in Turkey.  I guess you’d have to tour in Holland or Bangladesh to get a much flatter tour than this one.

I started by heading south out of Ihlara straight toward the picturesque volcano, Hasan Dağı.  I ended up skirting the northern and western flanks of the mountain, enjoying the views from different angles. 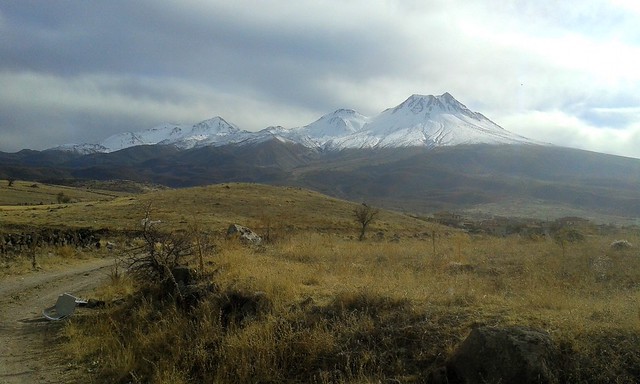 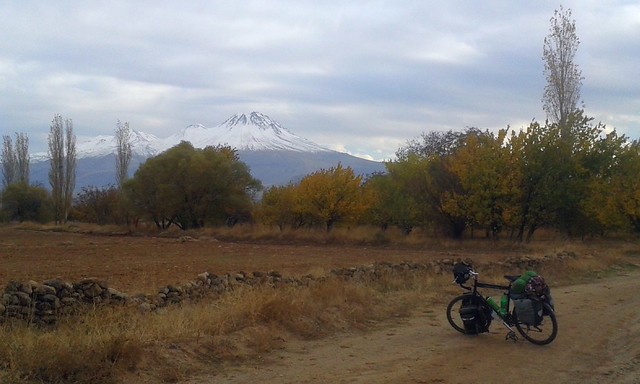 Before I even left those mountain views behind, I was into one of the flattest areas of Turkey, the Konya Plains. 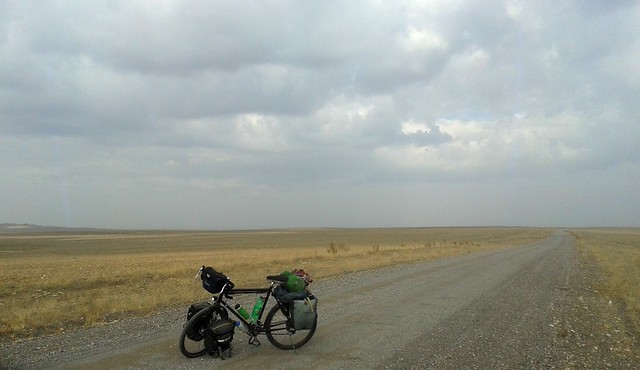 A few km east of Karapınar I spent the night at the crater lake, Meke Gölü, a surprisingly short climb above the plain.  Many Americans are not familiar with the Ramsar Convention signed in Ramsar, Iran, in 1971 to protect wetlands of international importance.  Turkey’s a signee, and Meke Gölü is one of the designated areas.  Apparently that’s not enough to protect it from groundwater pumping for irrigation.  The lake almost doesn’t exist anymore because the groundwater’s been drawn down so much.  This isn’t boutique vegetable country.  The crops here are sugar beets and barley, used for beer and animal feed.  Meke Gölü and the animals dependent on its water lose out so people can drink beer, eat red meat, and put sugar in their tea. 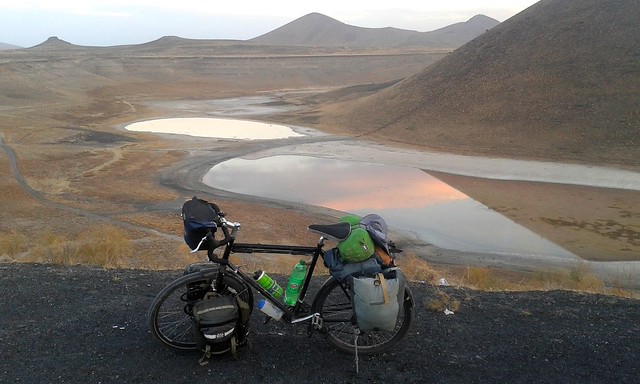 A day later I managed to find another small climb out of the plains, this time to visit the ruins of a 5th century church, Binbir Kilise, at Madenşehri.  I had learned about this ancient Christian center when I visited the Karaman Museum in May.  It was too far off from my route then to make the detour, but it was only a small detour and short climb for me this trip.  I believe there are more churches nearby (at Üçkuyu and Değle?) so it could be a good area to go back to. 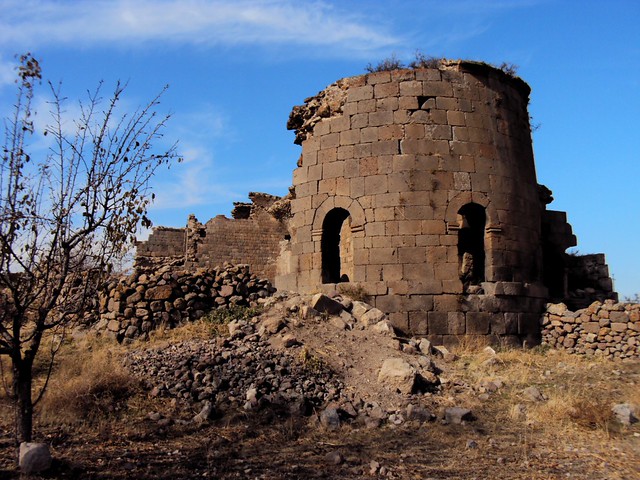 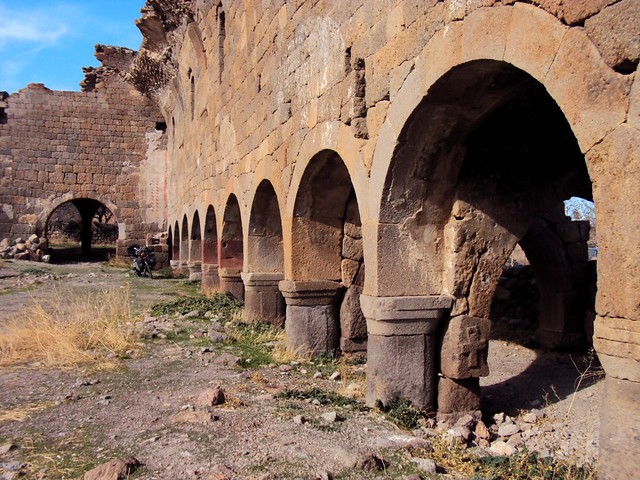 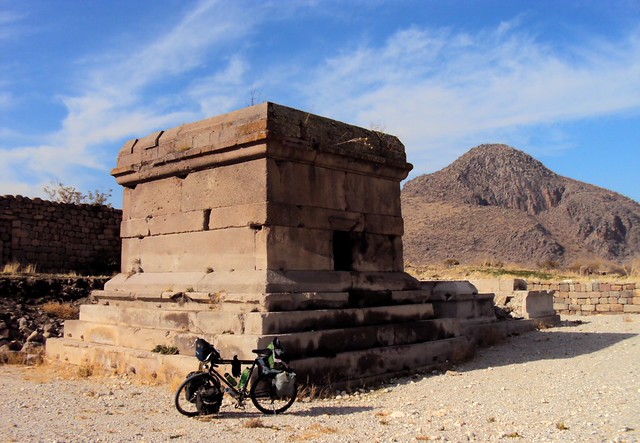 From Madenşehri I coasted back to the plains and went from sugar beets and barley to corn.  In Arıkören I learned how they measure moisture content in corn.  The corn is used for animal feed and the price/kg depends on the moisture content (less water higher price).  After drying the corn in the sun, the farmer brings a couple ears and removes some grains: 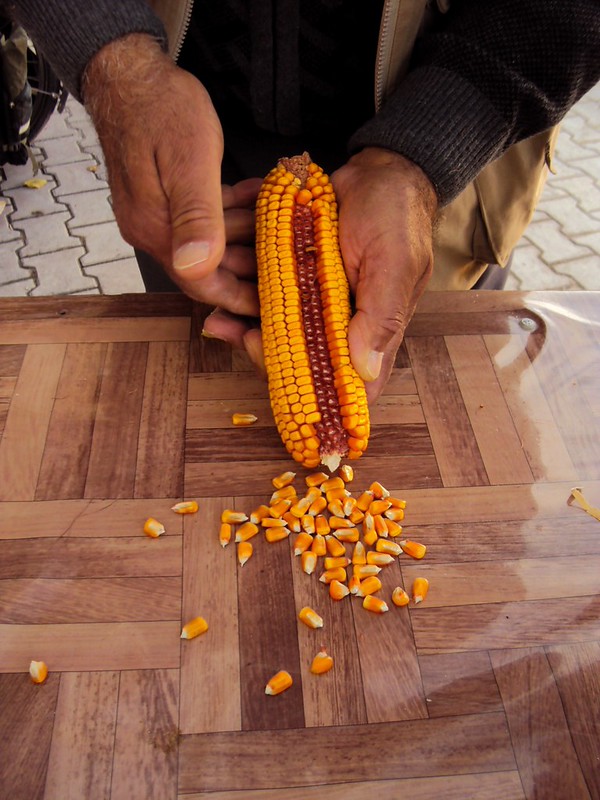 A random selection of grains is ground: 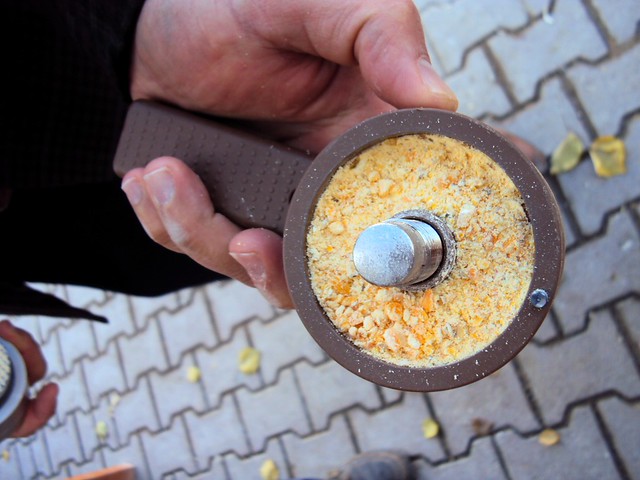 Then you put the ground corn onto this fancy German machine, and it reports the moisture content.  In this sample, it was 19%, but the farmer was disappointed as he expected 17% from his less scientific bite-and-chew technique. 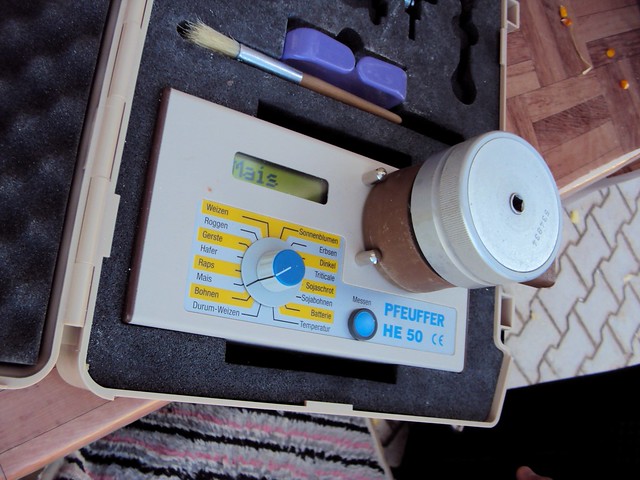 After another day of riding through the flats, I was very excited to get to the hills/small mountains above Apa.  It was all apples around Bağyurdu where an apple packer generously restocked my supply with three kinds of fresh, super tasty apples.  From there I expected to be in the mountains the rest of the way to the coast, but the man was right when he told me after two more small climbs, it’d be flat to Seydişehir. 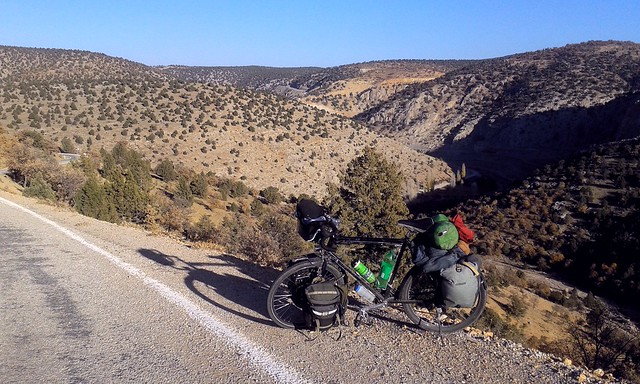 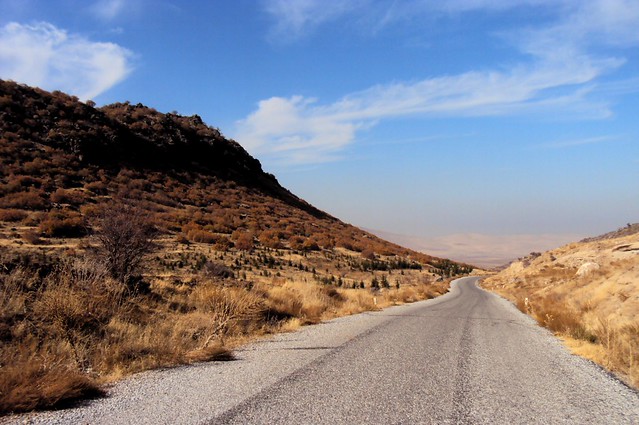 I treated myself to a warm hotel room in Seydişehir, making it easy to get an early start for the very fun, very pretty ~800m climb up Reze Beli.  This turned out to be one of the best paved passes I’ve ridden in Turkey.  It reminded me of Göğübeli Pass from Elmalı.  It was an easy climb with very little traffic and wonderful views. 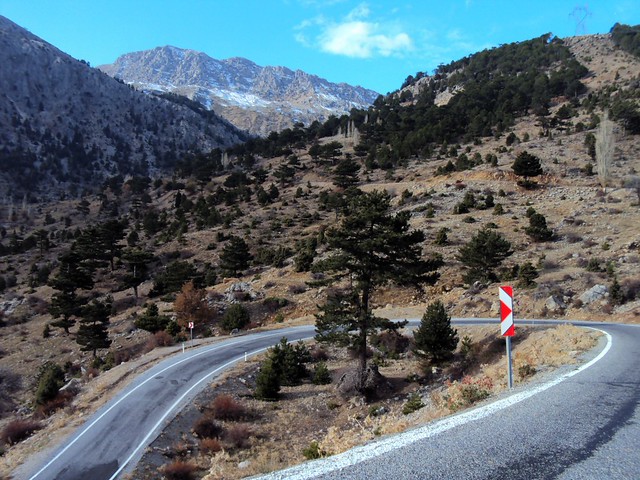 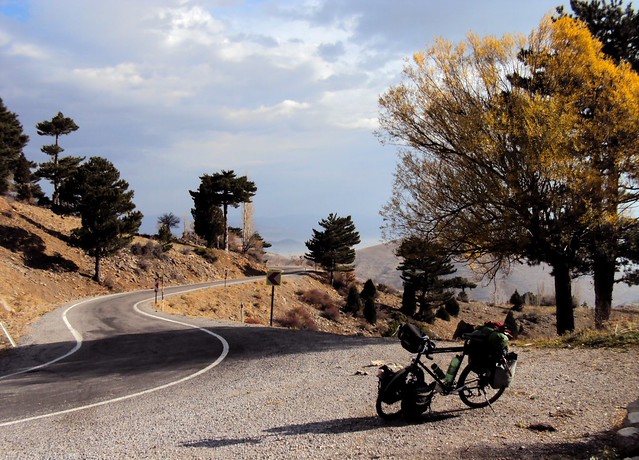 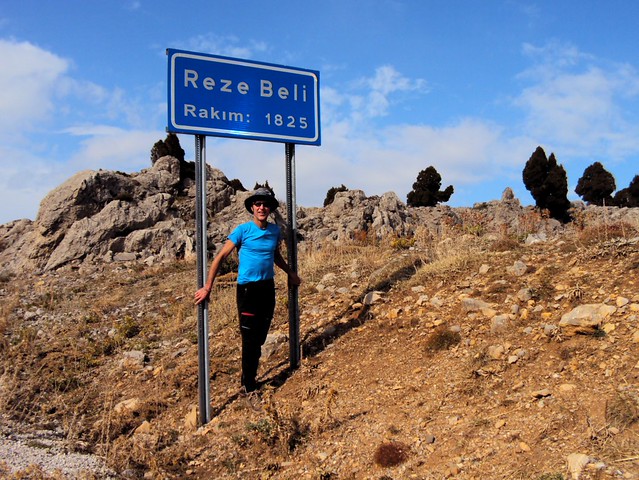 I had checked the weather forecast while I had internet access in Seydişehir so I knew the day/night temperatures were going from the very pleasant 13°C/0°C I’d been enjoying to 4°C/-10°C with snow in the forecast two days later.  I figured Reze Beli one day and the climb above Derebucak the next day, and I’d make it down to the coast before the storm hit.  Almost.  I almost made it. 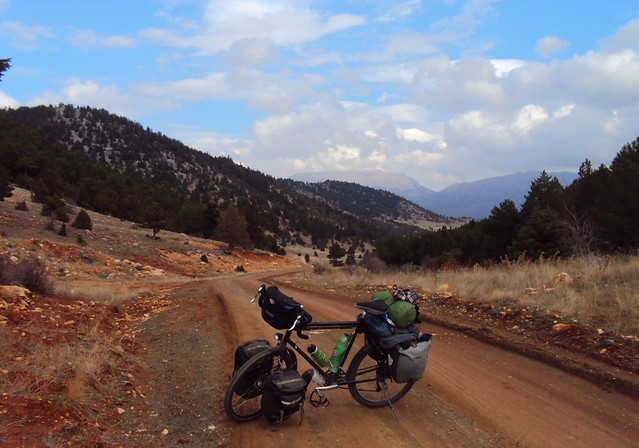 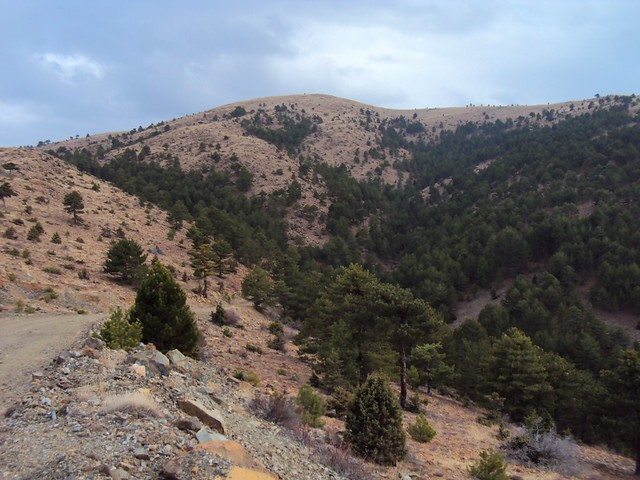 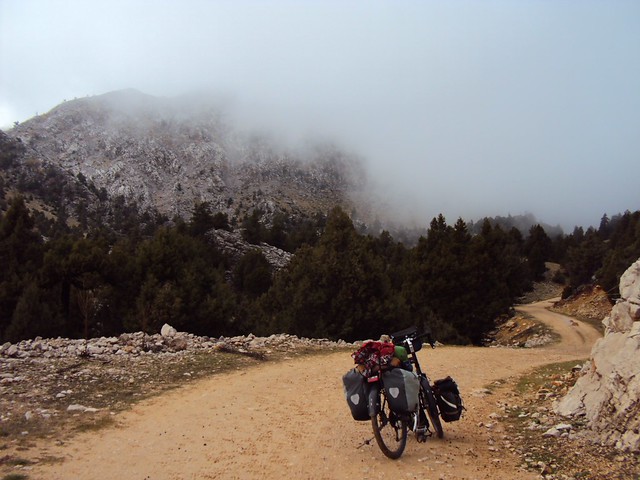 with pretty mountain views and fall colors lower down. 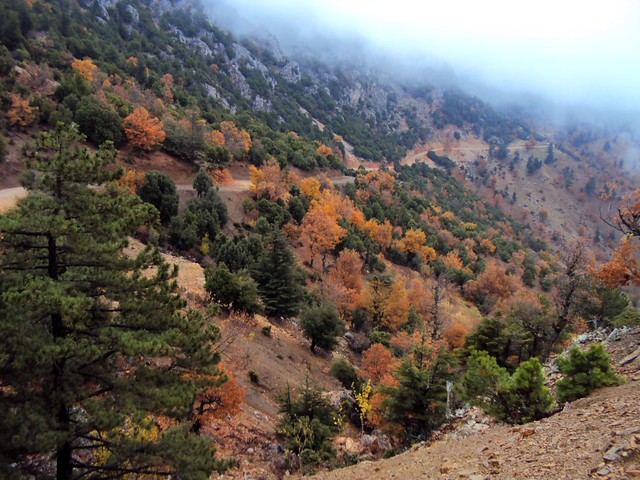 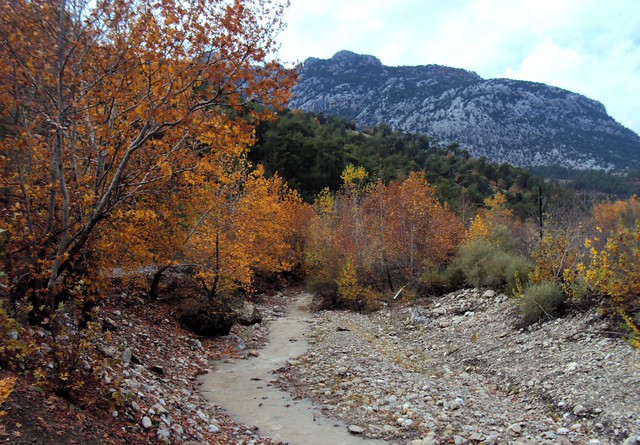 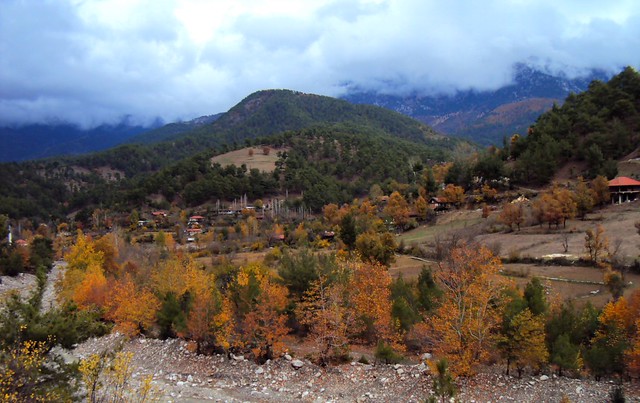 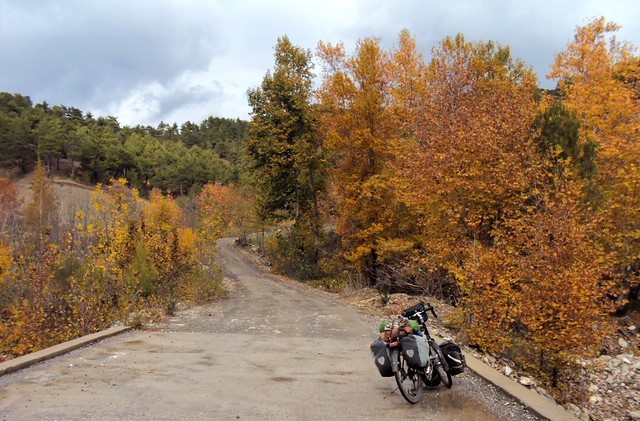 You can see from these photos that it had already started to rain.  I had ridden in thick clouds for a while as well.  I kept pushing and pushing trying to lose more elevation before it got dark.  A few km before Düzağaç the deluge started.  There was no flat land to put up a tent.  It was dark, and I was completely soaked by the time I got to the village.  It’s amazing really for how much I’ve cycled-toured how rarely this has happened.  In retrospect there was a brilliant camping spot higher up where I had waited out a short, heavy rainstorm.  It was getting late by that point, but some sunshine and thought of camping even lower encouraged me to continue.  Oops.

I was invited into a warm, dry house in the village.  I spent the night on a large mattress on the floor with the two sons of the family.  The young one kept rolling on top of me and managed to sleep through all the pushing I did.  I didn’t sleep much (so I know that the wind, rain, and lightning lasted much of the night), but I was sure thankful to have fairly dry clothes in the morning.

Düzağaç is only two days easy riding from Antalya (one from Belek), but, wow, it’s a world away. It’s a poor village of farmers and shepherds with so little cash that there’s not even a store. The nearest middle school is 20km away in Beşkonak, and there’s no transportation.

Seems like it’s become something of habit to end these tours with a visit to a Roman ruin.  This one’s Aspendos. 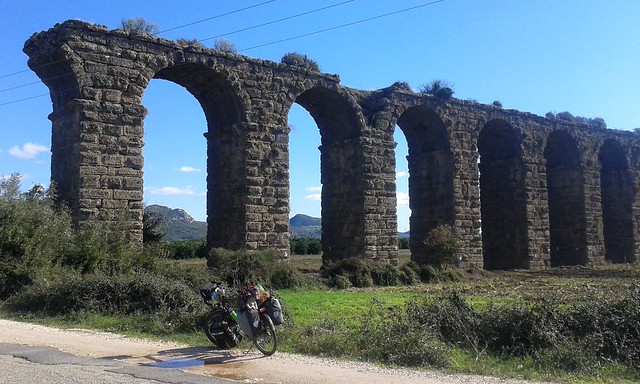 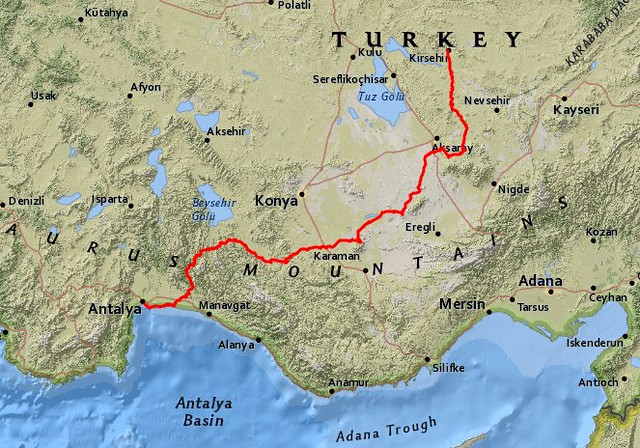